The struggle to hold The United Methodist Church together despite longstanding division over homosexuality was the denomination’s top news story of 2018.

Church communicators and United Methodist News staffers vote annually for the top five United Methodist news stories. Twenty-three ballots were cast this year.
The unity efforts by the Commission on a Way Forward and others have dominated discussions as The United Methodist Church moves toward a special called session of General Conference, set for Feb. 23-26 in St. Louis.
Other stories on the 2018 list are the church’s initiatives related to asylum and immigrants; the church’s relief and rebuilding work after natural disasters; the government’s detention and ultimate release of United Methodist missionaries in the Philippines and the church’s response to mass shootings.
Here's a more detailed recap of the top stories and related articles:
First: Looking for a way forward 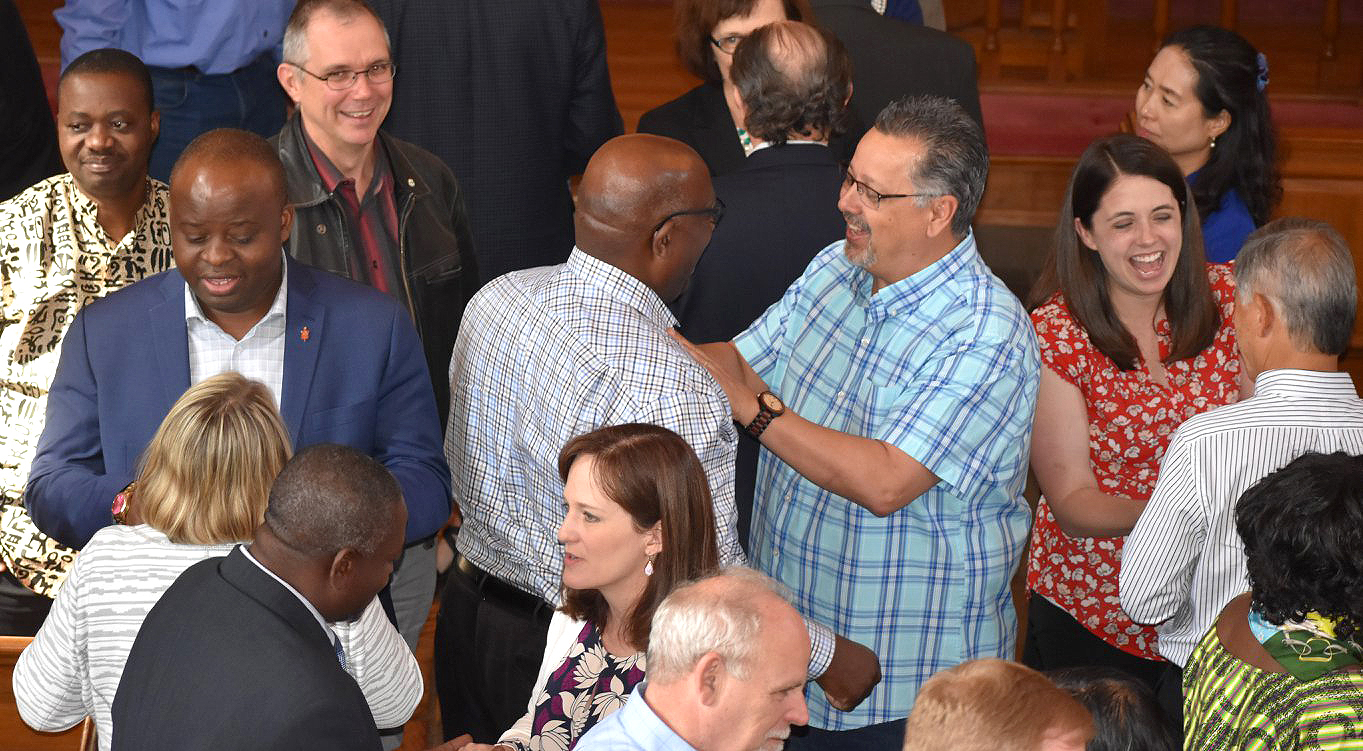 Members of the Commission on a Way Forward converse as they complete their final commission meeting on May 23, 2018, at the Upper Room chapel in Nashville, Tenn. Photo courtesy of Maidstone Mulenga, Council of Bishops.

For more than 40 years, The United Methodist Church has faced serious internal disagreement over how accepting to be of homosexuality, with ordination of gay persons and same-sex unions as flashpoints.

At the 2016 General Conference, amid open talk of schism, delegates asked the bishops to lead through the impasse. The Council of Bishops requested and got permission to appoint a 32-member Commission on a Way Forward. Later, the bishops called for the special session of General Conference to consider possible changes to church structure and law, as recommended by the commission.

That group wrapped up its work this year with a report that included three legislative options to be considered by the special General Conference. Most bishops recommended the One Church Plan, but at least one bishop was unhappy with how the results of the deliberations were presented and reported confusion about whether all three plans were being sent as legislation to the General Conference. The bishops ended up issuing a clarification.

The Judicial Council heard oral arguments on the question of which legislation could be considered at the special gathering. The council ruled that all legislation related to the “call” of the conference could be put before the delegates.

In October, the council issued another crucial ruling, this time on the constitutionality of the One Church, Traditional and Connectional Conference plans. The council noted that several Traditional Plan petitions would need to be changed to avoid violating the church constitution.

Delegation chairs reported on the high level of interest they were seeing across the church and shared their hopes and anxieties about the St. Louis gathering. 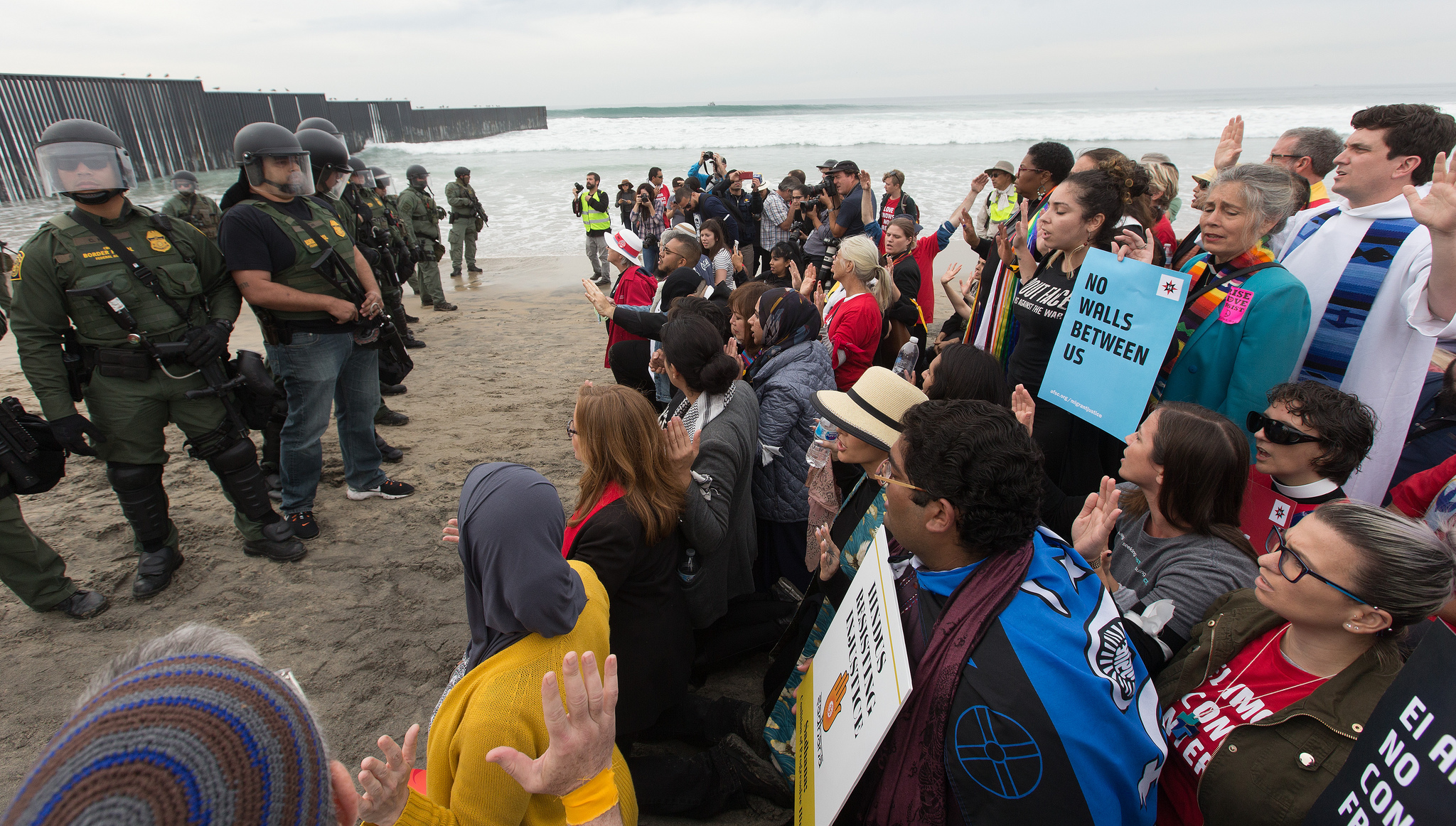 Faith leaders and other supporters of immigrant rights face U.S. Border Patrol agents at the fence between the U.S. and Mexico in San Diego. At bottom right is Emma Escobar of The United Methodist Church's Baltimore-Washington Conference. Photo by Mike DuBose, UMNS.

United Methodists’ commitment to welcoming the stranger could be seen through individual churches offering shelter to those at risk of deportation.

One man stayed for months at a United Methodist church in North Carolina, but was arrested and later deported after reporting for an appointment with U.S. Citizenship and Immigration Services. Some of the church’s members were arrested while protesting his treatment.

The Trump administration’s generally tougher approach to immigration prompted protest statements from bishops and others within the denomination. United Methodists assisted in caring for immigrants along the border of Texas and California.

The Council of Bishops called for compassion toward those in the Central American migrant caravan arriving at the U.S. border.

The rhetoric and policies of U.S. Attorney General Jeff Sessions regarding immigration led some of his fellow United Methodists to seek church law charges against him. They did not succeed, and Sessions would later resign at the request of President Trump. 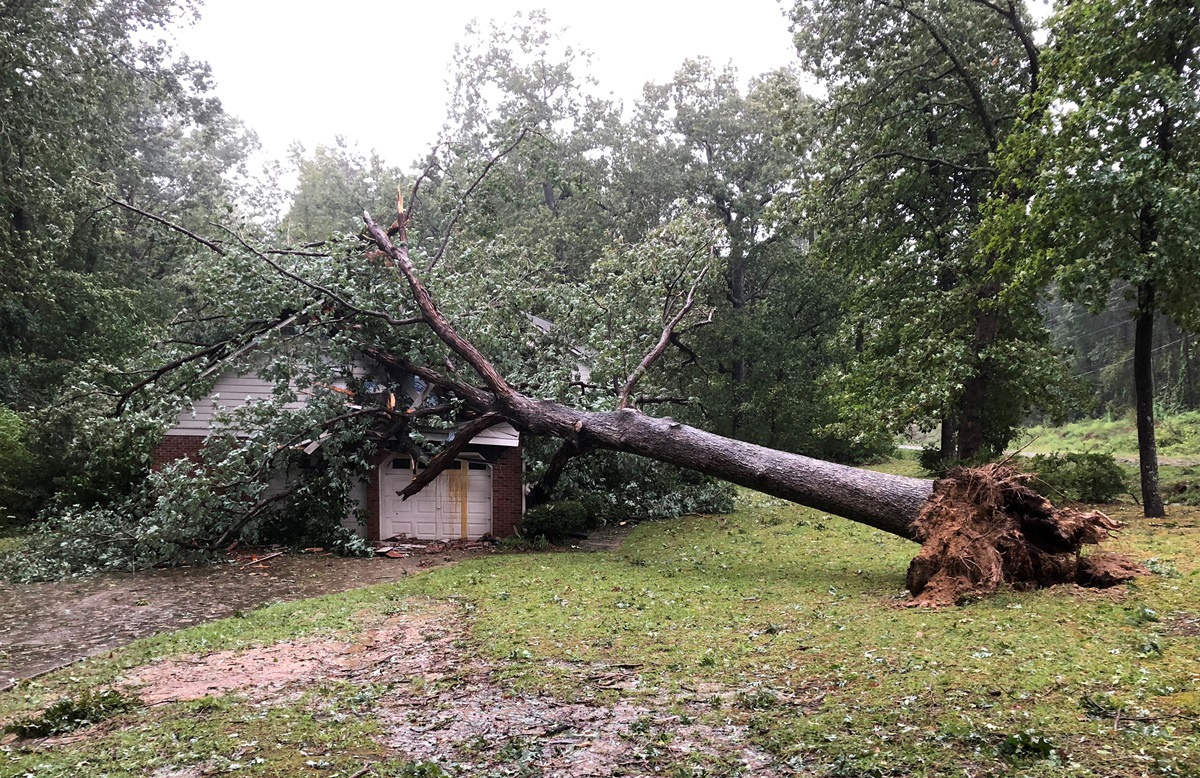 California wildfires hit in two seasons and different parts of the state, wiping out one community and devastating others. United Methodists were among the victims and among those offering shelter and other relief.

Hurricane Michael clobbered the upper Gulf Coast, claiming lives and homes and damaging United Methodist churches and parsonages. The massive storm caused problems throughout much of the Eastern Seaboard and prompted a major relief effort by the denomination’s Alabama-West Florida Conference.

Earlier, Hurricane Florence brought flooding rains to parts of Georgia and the Carolinas, including areas still recovering from storms of the recent past. One North Carolina district was particularly hard hit.

The United Methodist Committee on Relief was a constant in the denomination’s relief and recovery work in the U.S. and beyond, including helping in the Philippines after Typhoon Mangkhut. 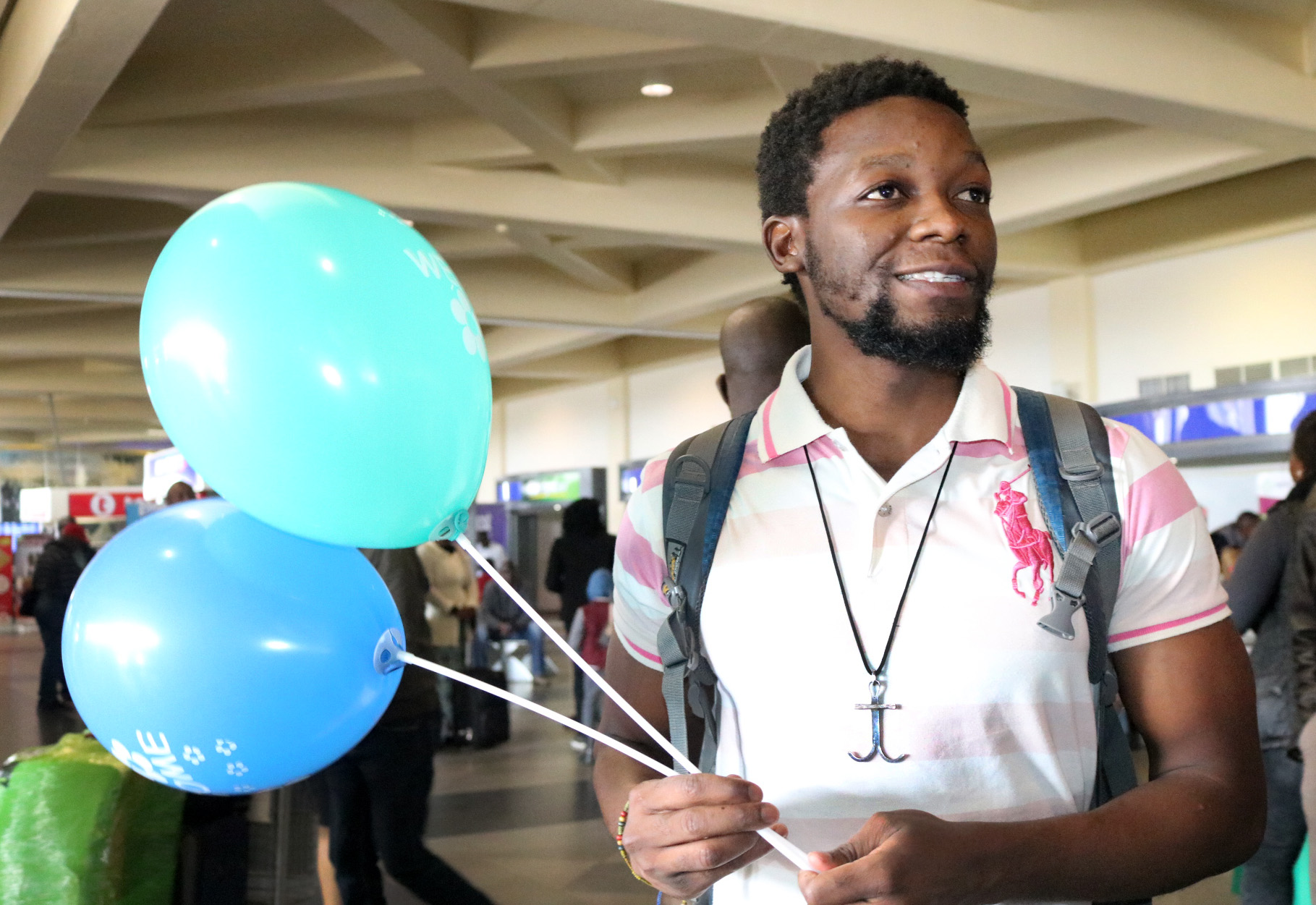 Tawanda Chandiwana exhibits a broad smile as he arrives home in Zimbabwe following a 56-day detention in the Philippines. Photo by Taurai Emmanuel Maforo, UMNS.

Three United Methodist missionaries, Miracle Osman of Malawi, Tawanda Chandiwana of Zimbabwe and Adam Shaw of the United States, were detained at police checkpoints in the Philippines while joining in an international, ecumenical fact-finding investigation of alleged human rights violations

All three faced long delays in leaving the country, and Chandiwana was detained for eight weeks, including time spent in a detention center in Manila.

The United Methodist Board of Global Ministries organized an online petition drive calling for the government to allow the missionaries to leave, and more than 18,000 people, from more than 100 countries, signed. The Council of Bishops issued its own statement, and by July, all three missionaries had been allowed to return to their home countries. 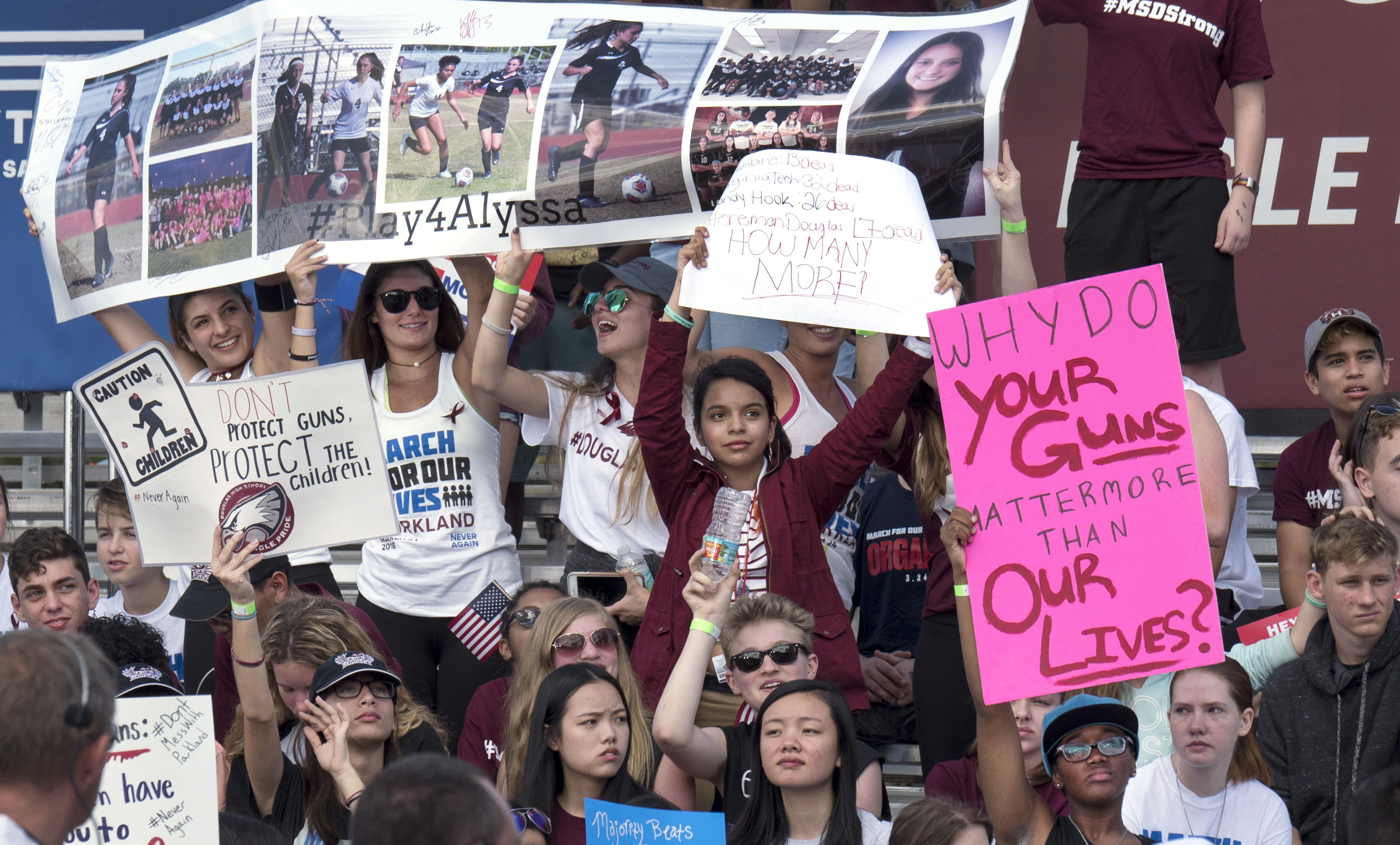 Students lined bleachers and held up handmade signs at a March for Our Lives rally in Parkland, Fla. The rally was held at a park one mile from Marjory Stoneman Douglas High School where 17 people were killed on Feb. 14. Students were calling for stricter gun laws and for greater voter turnout in elections. Photo by Kathy L. Gilbert, UMNS.

Certain place names became disturbingly familiar in 2018, as the sites of mass shootings. Parkland High School in Florida and Santa Fe High School near Houston were among them. So were the Tree of Life Synagogue in Pittsburgh, the Capital Gazette newspaper in Annapolis, Maryland, and Thousand Oaks, California.

United Methodists responded in various ways, with clergy offering counseling and speaking at prayer vigils. The denomination was well represented at the March for Our Lives after the Parkland massacre.

Bishops called for prayer and action. The Florida Conference, under Bishop Kenneth Carter, conducted a successful campaign to get 5,000 letters written to public officials, urging them to enact legislation to curb gun violence.

Other stories getting votes in the survey were:

Church leaders praised the justice of the verdict against former Minneapolis police officer Derek Chauvin in the killing of George Floyd, but cautioned that much work lies ahead to overcome systemic racism.
Racism

As a white teacher at a historically Black college, Carol Morrison thought of herself as a minority. A dramatic incident taught her how mistaken she was.
Local Church

Kingwood United Methodist of Houston provides space, volunteers for push to help Mexican citizens in the U.S. get Mexican passports and other documents.