The United Methodist Church’s top court has ruled that other petitions — in addition to legislation from the Council of Bishops — can be submitted for the 2019 special session of General Conference.

Any organization, as well as clergy members and lay members, can file a petition for the 2019 special session of General Conference, which is devoted to working through a longstanding impasse over homosexuality. Those petitions must be “in harmony with the purpose stated in the call” for the special session, the United Methodist Judicial Council said in Decision 1360.

In its analysis, the court cited Paragraph 14 of the church’s constitution in declaring that “petitions which are in harmony with any business which may be proposed in the Bishops’ Report are allowed.”

The decision was posted May 25 on the Judicial Council’s website after the conclusion of its meeting at the Hilton Orrington Hotel.

The denomination’s Council of Bishops had requested a declaratory decision on whether petitions inconsistent with the bishops’ own report could be considered at the Special General Conference, set for Feb. 23-26, 2019, in St. Louis. General Conference is the top legislative body of The United Methodist Church. 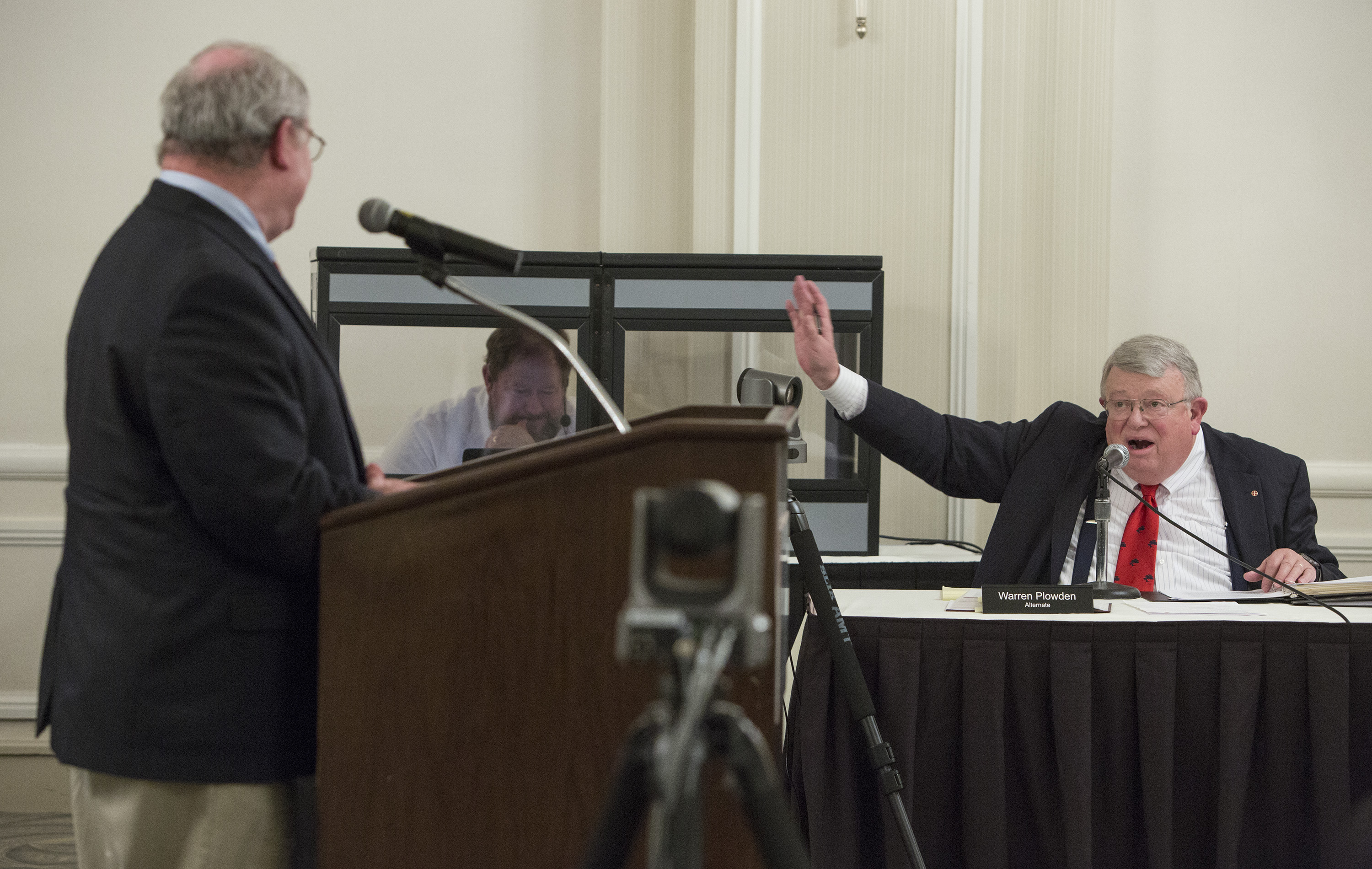 Although the bishops have talked about the broad outlines of the report, it has yet to be made public. Judicial Council held a May 22 oral hearing on the request before beginning its deliberations on a declaratory decision.

The purpose of the call for the special session “is limited to receiving and acting upon a report from the Council of Bishops based on the recommendations of the Way Forward,” the Judicial Council noted in its ruling.

Business deemed not “in harmony” is not permitted unless approved by a two-thirds vote of General Conference, Judicial Council said.

Established after General Conference 2016 put petitions related to human sexuality on hold amid open talk of a denominational split, the Commission on a Way Forward finished its work this year.

The Council of Bishops said it was sharing the commission’s work, which was conducted at closed meetings, and recommending the One Church Plan for legislative action by the special General Conference. That plan would loosen current restrictions on same-sex weddings and gay clergy at the conference and local levels. The council also will provide supplementary materials about two other options, the Traditionalist Plan and the Connectional Conference Plan.

The language in “An Offering for a Way Forward,” approved by General Conference 2016, “strongly suggests”  the commission’s work was the only rationale for calling a special session, the end note said.

In the analysis of its decision to allow other petitions, Judicial Council cited Paragraph 507 of the Book of Discipline, the denomination’s law book, which allows for a petition from organizations and clergy or lay members “if it meets the criteria set forth therein.” There is no distinction “whether such petitions are to a regular or special session of General Conference,” the court said.

The analysis also noted that Paragraph 14 of the church’s constitution does not restrict the filing of petitions in a special session “as long as the business proposed to be undertaken in such petition is in harmony with the purposed stated in the call. Therefore, petitions which are in harmony with any business which may be proposed in the Bishops’ Report are allowed.”

In an opinion that concurred in part and dissented in part, Beth Capen, a lay member of Judicial Council, wrote that while she agreed with her colleagues “on some points,” she believed that the 2019 General Conference should not receive other petitions “because its purpose is limited to the report emanating from the work of the Commission on a Way Forward.”