Did the Council of Bishops vote to put only their recommended One Church Plan before the special session of General Conference, or did the bishops vote to send two other plans for legislative consideration as well?

Bishops have offered their own sometimes conflicting answers to the question of exactly what they meant with that vote in closed session earlier this month, leading to confusion within The United Methodist Church.

Conflict within the council has become pronounced. Bishop Scott J. Jones of the Texas Conference asserted that Bishop Bruce R. Ough, the council’s immediate past president, engaged in misrepresentation in a brief to the Judicial Council, the denomination’s top court. 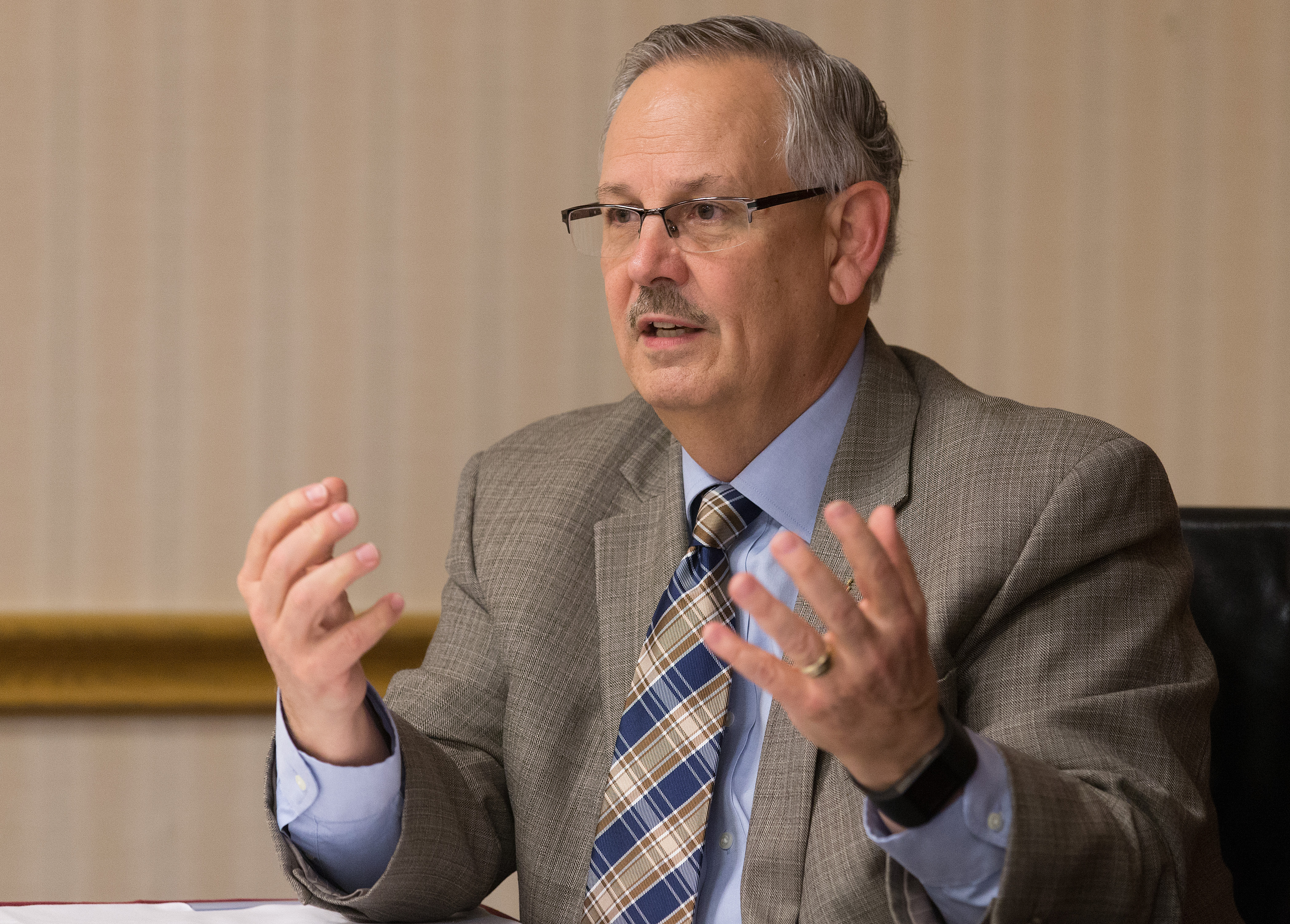 General Conference delegates say they’re getting questions from other United Methodists about where things stand, particularly about how many plans the bishops mean to forward for legislative consideration.

Faced with open discussion of schism, the 2016 General Conference asked the Council of Bishops to lead The United Methodist Church toward a way of remaining as unified as possible despite longstanding, growing division over how to treat homosexuality.

For nearly 18 months, the bishops and their advisory group — the Commission on a Way Forward — have received input from the church and considered options. A special General Conference, set for Feb. 23-26, 2019, in St. Louis, is to act on the bishops’ report and possibly other petitions related to the church’s stance on ministry with LGBTQ people.

Earlier this month, the Council of Bishops announced that by a majority vote they were recommending the One Church Plan, which would remove the church’s official position that the practice of homosexuality is against Christian teaching and shift to the local church and conference level decisions about same-sex weddings and ordination of “self-avowed practicing” gay clergy.

But in a press release, bishops noted that they would include in their final report a Traditionalist Plan, which would keep the current restrictive language regarding homosexuality and enhance enforcement of violations, and a Conference Connectional Plan, which would allow conferences and even churches in the U.S. to align along their own beliefs about acceptance of homosexuality.

The bishops did not share how they voted individually or the percentage of support for each plan, or whether all three plans were meant for legislative consideration by the special General Conference. They stressed that, out of fairness, the report with its detailed description of the plans would not be shared until it could be translated into all the languages in which the church does business.

That could be just before July 8, the deadline for petitions to be submitted for consideration in St. Louis.

“For those in the church who are paying close attention to the recommendation coming from the Council of Bishops, there is broad confusion about what they are exactly recommending to the General Conference,” Pinson said. “People are eager to see their full written recommendations published as soon as possible.”

Easterling, in a letter to the Baltimore-Washington Conference, said the bishops’ report will include the other two models “for informational purposes.”

But Jones, in an online May 12 question-and-answer session with the Texas Conference, said he and some colleagues had a different view.

“I thought the Council of Bishops’ decision was that all three models would be on the agenda for the General Conference to act on with the One Church model being recommended and thus the main motion,” he said.

Jones added: “Clearly some bishops have a different interpretation of what we did, and I do not know of a way to resolve that discrepancy before (the petition submission deadline) July 8.”

He went on to share that the council took a vote to gauge members’ support for various plans. He said the One Church plan had majority support, but less than two-thirds, with the other two plans getting roughly equal minority support.

Jones noted the bishops voted by more than 80 percent for the motion that recommended One Church and included the three plans in the final report.

“Some of the people who voted for that perceived it as a compromise that would then send all three plans but recommend the One Church model,” Jones said.

In a May 14 phone interview, Jones emphasized what he feels is the confusion over the bishops’ action.

“In my years as a bishop I have served on more than 20 decision-making groups,” he said, adding that included various committees and boards. “This is the only one where members began disagreeing within 48 hours of adjournment on what they decided.”

Bishop Kenneth H. Carter Jr., president of the Council of Bishops, declined to respond to Jones’ claims or clarify whether the bishops mean for one or all three plans to be taken up by the special General Conference.

“At present our focus is on making information available, after translation, to the delegations, who are authorized to discern a way forward,” said Carter, who also leads the Florida Conference. “The legislative process is their appropriate work.”

Bickerton stood by his use of “overwhelming” to describe the bishops’ support for One Church, saying the motion they passed clearly indicated that plan was the recommended one, and the other two weren’t recommended.

He stressed that any changes in church law or structure will be made by General Conference.

“The body (General Conference) will speak for the church,” Bickerton said.

Bishop Gary Mueller, who leads the Arkansas Conference, said that during their meeting, the bishops took straw votes on several issues.

Those votes, he said, showed, “there were more bishops than not who wanted to forward a recommendation for one plan and obviously the majority of bishops wanted that to be the One Church model.”

“My understanding is that all three plans with legislation will be forwarded because the legislation is a critical part of each plan,” he said. “I think there was significant support for the final motion because it both expressed the preference and was going to pass along all three models.”

He urged United Methodists to pay close attention to the motion itself and the rationale for the motion.

The Commission on a Way Forward is meeting this week to help provide detail for the bishops’ final report, and next week the Judicial Council will have a special session to consider the bishops’ request for a declaration of law about what legislation can come before the special session of General Conference.

Ough has sent a brief to the Judicial Council on behalf of the Council of Bishops, arguing that petitions dealing with human sexuality but inconsistent with the bishops’ report may not be submitted, given the restricted purpose or “call” of the special General Conference.

But in an email to the Rev. Luan-Vu “Lui” Tran, secretary of the Judicial Council, Jones said Ough was “misrepresenting” himself as speaking for the Council of Bishops. Two parties in the matter made the email available to United Methodist News Service. Jones said he favored the request for the declaration of law but that Ough was out of line in submitting the brief for the council.

“At no time did the Council (of Bishops) discuss what position to take on the question and certainly no decision was ever made authorizing its officers to file a brief arguing for one side or another,” Jones said in the email.

Jones, who serves on the Council of Bishops executive committee, has filed his own motion, arguing for a broader understanding of what petitions can be submitted. He has asked to speak at the May 22 oral hearing.

“I have high regard for Bishop Ough and am grateful for his leadership,” Jones told United Methodist News Service. “He and I clearly have different understandings of what has been decided.”

The Rev. Donna Pritchard, senior pastor of First United Methodist Church in Portland, Oregon, a General Conference delegate and member of the Commission on the Way Forward, said the bishops’ motion in recommending the One Church plan was clear.

“The way it has been communicated was perhaps not as clear as it could have been,” she added.

Pritchard urges patience and support for the bishops.