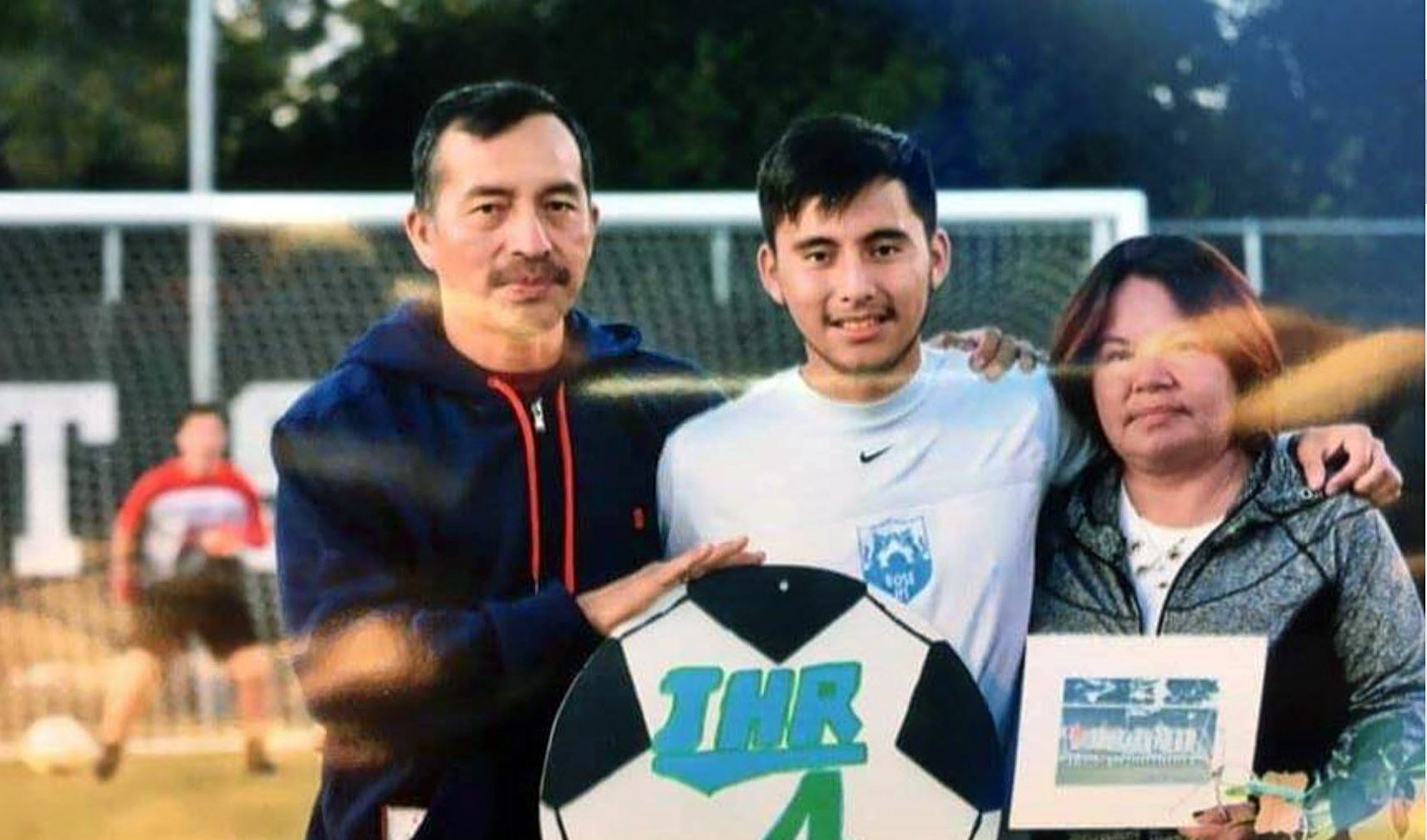 A website set up by CityWell United Methodist Church in Durham, N.C., gives the story of Samuel Oliver-Bruno, who has been active in his church community for 12 years. After living for almost a year at the church, Oliver-Bruno, who is undocumented, was arrested on Friday, Nov. 23. Image courtesy of CityWell United Methodist Church at sanctuaryatcitywell.org.
United Methodists were among more than two dozen people arrested while trying to block the removal of an unauthorized immigrant who had taken sanctuary in a North Carolina church.

Samuel Oliver-Bruno, 47, had taken refuge in CityWell United Methodist Church in Durham, North Carolina, for 11 months while applying to remain in the United States to care for his ill wife.

He left the church Nov. 23 to meet with U.S. Citizenship and Immigration Services in Morrisville, North Carolina, for an appointment as part of his application to delay his deportation to Mexico.

Less than half an hour after he walked into the Morrisville offices, plainclothes agents with U.S. Immigration and Customs Enforcement arrested him. United Methodists, including members of CityWell, and other community members formed a human wall around the van taking Oliver-Bruno to detention and refused to leave.

They prayed, sang worship songs and chanted “Let him go” before Morrisville police arrested 27 people who were blocking the vehicle’s path.

What the church believes

The United Methodist Church, in its Social Principles, opposes “immigration policies that separate family members from each other or that include detention of families with children.” The Social Principles also “call on local churches to be in ministry with immigrant families.”
The concept of sanctuary itself — churches offering refuge from the law — predates Methodism. It’s a major plot point in Victor Hugo’s “The Hunchback of Notre Dame.”

The Rev. Ernesto Barriguete, one of three United Methodist clergy arrested, described what happened to Oliver-Bruno as “a total setup.”

“I think it is clear to say that they did not respect sanctuary,” said Barriguete, director of multicultural ministries for the North Carolina Conference.

Ahead of the appointment, Barriguete said the United Methodists had received a promise that Oliver-Bruno would simply give his fingerprints and be able to return to the church. ICE treats houses of worship, places of medical treatment and schools as “sensitive locations” where arrests typically are not made.

Barriguete, who said he witnessed the encounter through a window in the immigration office, described the younger man as simply reaching out to hug his father when agents intervened.

The elder Oliver-Bruno is now detained in Georgia. His son is free on bond. Those arrested after blocking the vehicle face federal misdemeanor charges of failing to disperse and obstructing a federal officer, Barriguete said. They must return to court Jan. 15.

About half of those arrested were United Methodists, Barriguete said. They included a CityWell pastor, the Rev. Cleve May, and members of the congregation. The third clergy member arrested was the Rev. Ismael Ruiz-Millán, an administrator at Duke Divinity School.

“Mr. Oliver-Bruno is a convicted criminal who has received all appropriate legal process under federal law,” Cox said by email.

Oliver-Bruno has lived in the U.S. for more than 20 years. In May 2014, he was arrested in El Paso, Texas, while trying to re-enter the U.S. using a fraudulent birth certificate, CNN reported. Oliver-Bruno told the court he had paid $1,000 for the fake document.

“His case has been subject to extensive appeals, which ultimately concluded Mr. Oliver-Bruno has no legal basis to remain in the U.S.,” Cox said.

Oliver-Bruno has asked for deferred action on deportation so he can financially support his wife, Julia, who has lupus and other chronic conditions. He also wants to provide support so his son can finish college.

Oliver-Bruno was United Methodist long before he sought sanctuary. He has been a guitar player in the church worship team for 12 years.

While taking refuge at CityWell, Oliver-Bruno has needed to give up his job in construction. But he has received a stipend from the congregation for his work in church renovations, which includes installing a shower. He also was studying English as a second language and working toward a certificate from Duke Divinity School’s Hispanic-Latino/a Preaching Initiative.

The church has set up a webpage for those interested in helping the family.

Barriguete and other United Methodists have not given up trying to help the elder Oliver-Bruno stay with his family in the United States.

Among those advocates is Bishop Hope Morgan Ward of the North Carolina Conference.

“The humanitarian crisis relating to immigration is neither distant nor removed from our shared life,” she said in a statement. “The biblical story is a story of God’s mercy and grace upon people in motion, people endangered, people called to cross boundaries. In our own time, we are summoned to live the biblical story in our prayers, our presence, our gifts, our service and our witness.”

U.S. Reps. G.K. Butterfield and David Price of North Carolina — both Democrats — are already supporters. They raised alarm when Oliver-Bruno was detained, and quickly sent a letter to U.S. Citizenship and Immigration Services requesting deportation be deferred.


“ICE has committed to allow Mr. Oliver-Bruno to remain in the U.S. in detention while his case is adjudicated,” the two congressmen said in a joint statement. “While this means he will not be immediately deported, we remain committed to fighting for his release.”

Cox confirmed that ICE is not scheduling Oliver-Bruno’s removal “until one additional appeal is resolved.”

Barriguete is also reaching out to fellow United Methodists around the United States to build support for Oliver-Bruno.

“He really is a great person,” Barriguete said.

Prayer at Virginia legislature written by woman in sanctuary

Sanctuary as more than shelter

United Methodist advocates say there are many ways to help those at risk of deportation.
Social Concerns

In a statement, United Methodist bishops as well as Methodist colleagues in Mexico and El Salvador called on their churches and governments to do more to welcome the caravans of people seeking refuge.