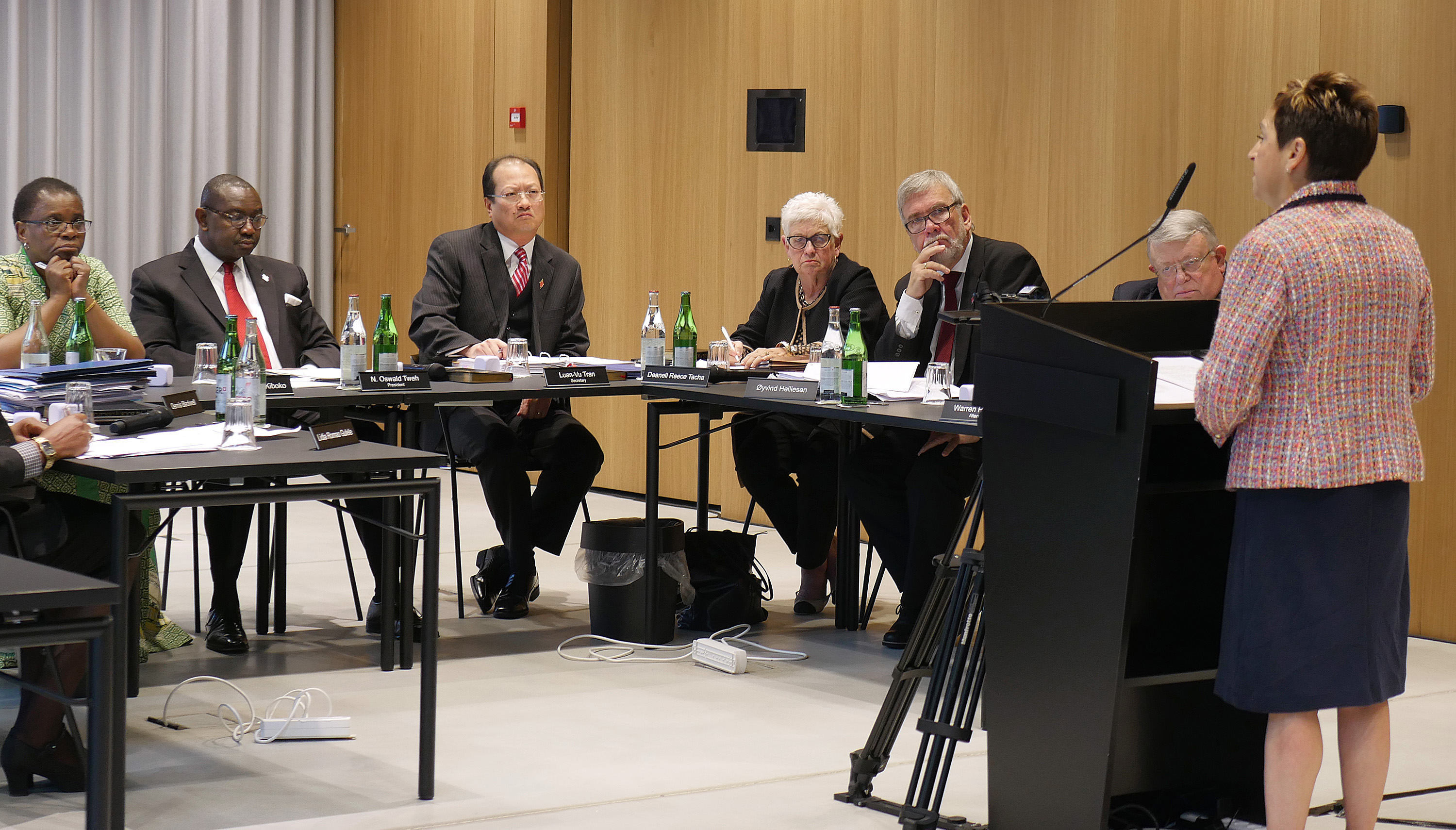 A review of possible plans for the future direction of The United Methodist Church found the One Church Plan to be largely constitutional, said a decision released Oct. 26 by the denomination’s top court.

In Decision 1366, which was unanimous, the United Methodist Judicial Council found more problems in the Traditional Plan petitions that would need to be addressed before that plan could pass a constitutional test.

Since another legislative proposal — the Connectional Conference Plan — contains proposed constitutional changes required for implementation, the court ruled it has no authority to scrutinize the plan at this time.

The commission is an advisory body that was appointed by the Council of Bishops following General Conference 2016 in hopes of finding a way to overcome fundamental disagreements within the church about homosexuality.

The Council of Bishops had asked Judicial Council for a declaratory decision on the constitutionality of the plans in the Way Forward Commission report — One Church, Traditional and Connectional Conference plans.

“The task of the Judicial Council is to pass upon the constitutionality of the legislative petitions without expressing an opinion as to their merits or expediency,” the decision said. “It is up to the General Conference to determine the wisdom of each plan.”

The ruling on the Traditional Plan focused on due process and the principle of legality. That principle “means that all individuals and entities are equally bound by Church law,” the decision said, and the law was to be applied fairly at all levels of the connection.

The Traditional Plan would impose mandatory penalties on those who do not adhere to church law that prohibits self-avowed practicing homosexuals from serving as clergy and clergy from officiating at same-sex weddings. The One Church plan would remove that language from the Book of Discipline, the denomination’s lawbook.

“Clergy persons whose credentials and conference membership are at stake have the right to know what to expect when they choose a course of action or take a particular stance on ordination, marriage and human sexuality,” the decision said.

“To pass constitutional muster, any proposed legislation affecting clergy rights must define with sufficient clarity and specificity the standards to guide future actions of all concerned persons and entities.”

In addition, while General Conference can require that the Book of Discipline be upheld in its entirety and impose sanctions for non-compliance, it cannot selectively choose certain standards “for enhanced application and certification.”

“Marriage and sexuality are but two among numerous standards candidates must meet to be commissioned or ordained,” the decision said. It noted that other criteria that should be part of a thorough examination include “being committed to social justice, racial and gender equity (and) personal and financial integrity.”

Of the 17 petitions contained in the Traditional Plan, Judicial Council found that Petitions 2, 3 and 4 were unconstitutional because they deny a bishop’s right to fair and due process since other bishops would be among those making a final decision. Those petitions deal with setting up a panel and a process that could place a bishop on involuntary leave or require a bishop to retire.

“The Council of Bishops was not designed to function as an inquisitional court responsible for enforcing doctrinal purity among its members,” the court noted in its summary.

Petitions 6, 7, 8 and 9 of the Traditional Plan require certification for standards related only to self-avowed practicing homosexuals and such selective and partial application of church law violates the principle of legality, making those petitions unconstitutional, Judicial Council said.

Some parts of Petition 10, which establishes a comprehensive system “to ensure compliance,” also were found unconstitutional, along with the second sentence on the issue of just resolution in Petition 14.

In its ruling on the One Church Plan, Judicial Council pointed out that the principle of connectionalism in The United Methodist Church “permits contextualization and differentiation on account of geographic, social and cultural variations and makes room for diversity of beliefs and theological perspectives but does not require uniformity of moral-ethical standards regarding ordination, marriage and human sexuality.”

The constitution also assigns to General Conference “the legislative function to set standards related to certification, commissioning, ordination and marriage,” along with the administrative responsibility to apply them to annual conferences, local churches and pastors.

“The legislative branch of the Church is constitutionally free to set the standards for entrance into the ministry wherever and whenever it sees fit,” the court said in its ruling. The court added that “the annual conference may enact additional requirements that are not in conflict with the letter or intent of the minimum standards set by the General Conference.”

Judicial Council found the 17 petitions in the One Church Plan to be constitutional, except for one individual sentence each in Petitions 4, 8 and 13.

Court asked to rule on validity of plans

During an oral hearing, the United Methodist Judicial Council is asked to determine the constitutionality of three legislative plans aimed at determining the church’s future.
General Church