The last of three United Methodist missionaries seeking to leave the Philippines after being placed on a government watch list arrived July 13 in her home country of Malawi.

Miracle Osman, 24, of Blantyre, Malawi, has reunited with her family there, the United Methodist Board of Global Ministries and church representatives in Malawi announced.

Her departure, along with her colleagues — Tawanda Chandiwana, 28, of Mutare, Zimbabwe, and Adam Shaw, 29, of Brunswick, Ohio — came after the mission agency mounted a public campaign calling for Chandiwana’s release from a detention center and asking the government to allow the missionaries to leave the Philippines.

Shaw, who arrived back in U.S. on July 4, is a full-time global missionary and Chandiwana and Osman are part of the Global Mission Fellows program. Chandiwana was met July 6 at the Robert Mugabe International Airport in Harare, Zimbabwe, by family, friends and church representatives.

The mission agency declared the three “had been subjected to false accusations and actions by the Republic of the Philippines” after participating in a fact-finding mission last February as part of their work. 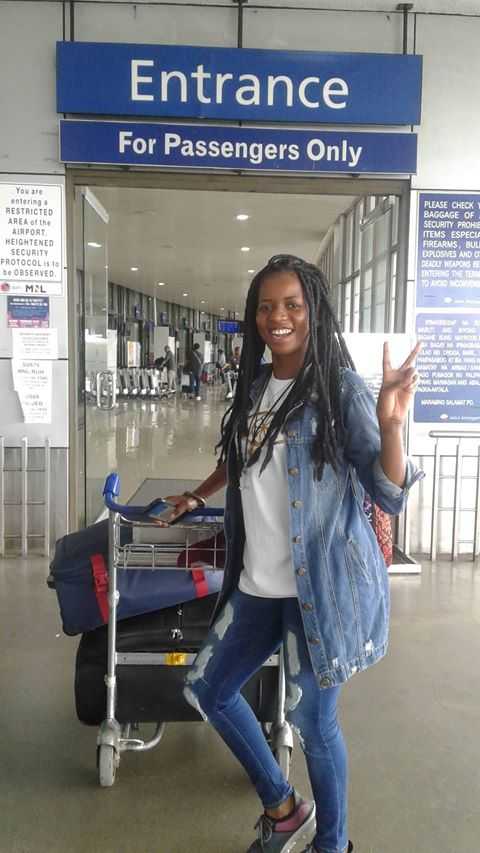 The United Methodist Council of Bishops issued a press release praising God that all three missionaries have been reunited with their families.

The campaign by Global Ministries included a Change.org petition that accumulated more than 18,500 signatures from 110 countries and a statement from the Council of Bishops. During a well-attended Manila press conference on July 2, Thomas Kemper, top executive of Global Ministries; United Methodist Bishop Ciriaco Q. Francisco of the Manila Episcopal Area; and Shaw himself spoke on behalf of the missionaries.

After six weeks of unsuccessful negotiations with the Filipino government, the media attention and support generated by the campaign had an almost immediate impact, Kemper told United Methodist News Service as Osman was en route to Malawi.

“I strongly believe it made a difference — the prayers and the solidarity in the Philippines and around the world,” he said.

The three missionaries were assigned to InPeace (the full name is Initiatives for Peace), a grassroots, interfaith movement that describes itself as supporting sustained peace negotiations among those involved in armed conflict, with the view of achieving meaningful reforms from these talks to benefit the peoples of Mindanao.

For Shaw, the assignment to InPeace as a lay missionary was a natural fit, given his language skills and prior experience with the group in 2011 as a mission intern.

He believes the increased scrutiny of the missionaries started after the International Criminal Court announced that Philippines President Rodrigo Duterte and his administration were under investigation for crimes against humanity. “For me, that’s when they (the government) became supersensitive to foreigners roaming around outside the cities,” he explained.

Shaw said he was in contact with Osman and Chandiwana, who was near the end of his mission assignment, frequently and offered as much support as he could during this difficult period. For their own personal safety, neither he nor Osman could visit Chandiwana when he was being held in detention.

Osman, he said, had connected with the community in Mindanao, was starting to speak the language “and making a huge effort to work with these people.”

Kemper also spent time with all three missionaries while in the Philippines at the beginning of July. He visited Chandiwana at the detention center in Manila, a dismal place where “there were people who had been there for years, with no way out.”

He noted that Chandiwana was wearing the anchor cross given by Global Ministries to all its missionaries “as a kind of protection” while in detention. When someone asked Chandiwana whether he was a sailor, his reply was that he was “anchored in Christ,” Kemper said.

Having to involuntarily leave a mission assignment is not easy under any circumstances. For Shaw, who is staying with his family in Ohio until a new mission placement is found, the reality of not being able to return to the Philippines in the foreseeable future has not really set in, he said.

“The Philippines has been part of my life and the people there part of my work for the past seven years, ever since I’ve been involved in missionary work,” he added.

Shaw grew up in a missionary family and his father, the Rev. Thomas Shaw, pastor of the Brunswick (Ohio) United Methodist Church, had followed the unfolding events in the Philippines with concern, particularly after Chandiwana was detained.

Thomas Shaw —whose missionary service with his wife, Susan, included an assignment in Tunisia from 1994-97 — pointed out that the increased hostility toward foreign missionaries and foreigners in general was unusual in a predominantly Christian country. “Usually, when we send missionaries, the political landscape doesn’t change so drastically,” he said.

He said he believed the awareness campaign by Global Ministries was necessary “so that they could let the Philippine government know that eyes were on them.”

Kemper met with the denomination’s bishops, church leaders and mission partners in Mindanao and Davao while in the Philippines. The longtime partners were “quite shocked and astonished” by the government’s treatment of the missionaries, he said, and United Methodists there defended the trio and their ministry.

Each of the three missionaries was accompanied by Francisco and a group of church members in “great solidarity” as they traveled to the Manila airport for departure, he said.

In fact, Kemper added, concern over the government’s treatment of the three young adults has only strengthened the relationship between Global Ministries and Filipino United Methodists.

“We definitely want to continue sending missionaries and working with them in the Philippines,” he declared.

In times of scarcity and crisis, United Methodists and their neighbors find ways to share with the community.
Global Health