The Rev. Judy Zabel has had her ears bent this fall, listening to fellow United Methodists talk about the upcoming special called session of General Conference.

As chair of the Minnesota Conference delegation, she’s been all over the state attending open meetings where people could offer opinions or ask questions about legislative plans to address The United Methodist Church’s long, schism-threatening conflict over homosexuality.

Zabel, senior pastor of Minneapolis’ Hennepin Avenue United Methodist Church, went to yet another session where individuals could make an appointment with the delegation and share views privately.

Lots of impressions linger from her many conversations. But one theme resounded.

“People want a decision to be made,” said Zabel. “They’ll be most disappointed, I think, if nothing happens.”

If any group has a finger on the pulse of the United Methodist public, it’s the delegation chairpersons for the special General Conference, set for Feb. 23-26 in St. Louis.

They are, for any General Conference, team captains.

“The main role of the leader of the delegation is just keeping us organized and on track,” said Tim Crouch, chair of the North Texas Conference delegation.

Preparations for the special General Conference have been particularly intense, given the high stakes. More meetings. More questions and comments.

Most conferences, by tradition, have as chairs the first elected clergy or lay delegate. And most alternate, having a clergyperson as chair for one General Conference, and a layperson four years later.

Delegation chairs are not mentioned in the Book of Discipline, the denomination’s law book, but the current General Conference rules assign them responsibility for reporting attendance for their delegation. The rules also have them involved in the seating of reserve delegates if the occasion warrants.

At this point, many chairs are leaning on their fellow delegates to read the Advance Daily Christian Advocate, which previews legislation.

“You really can’t do your work as a delegate if you don’t read the petitions,” Zabel said. “We owe that to one another.”

Most delegations have been part of listening sessions, and many of those have been crowded.

“Packed out” is how the Rev. Bill Allen, chair of the Upper New York Conference delegation, described the meetings in his region. 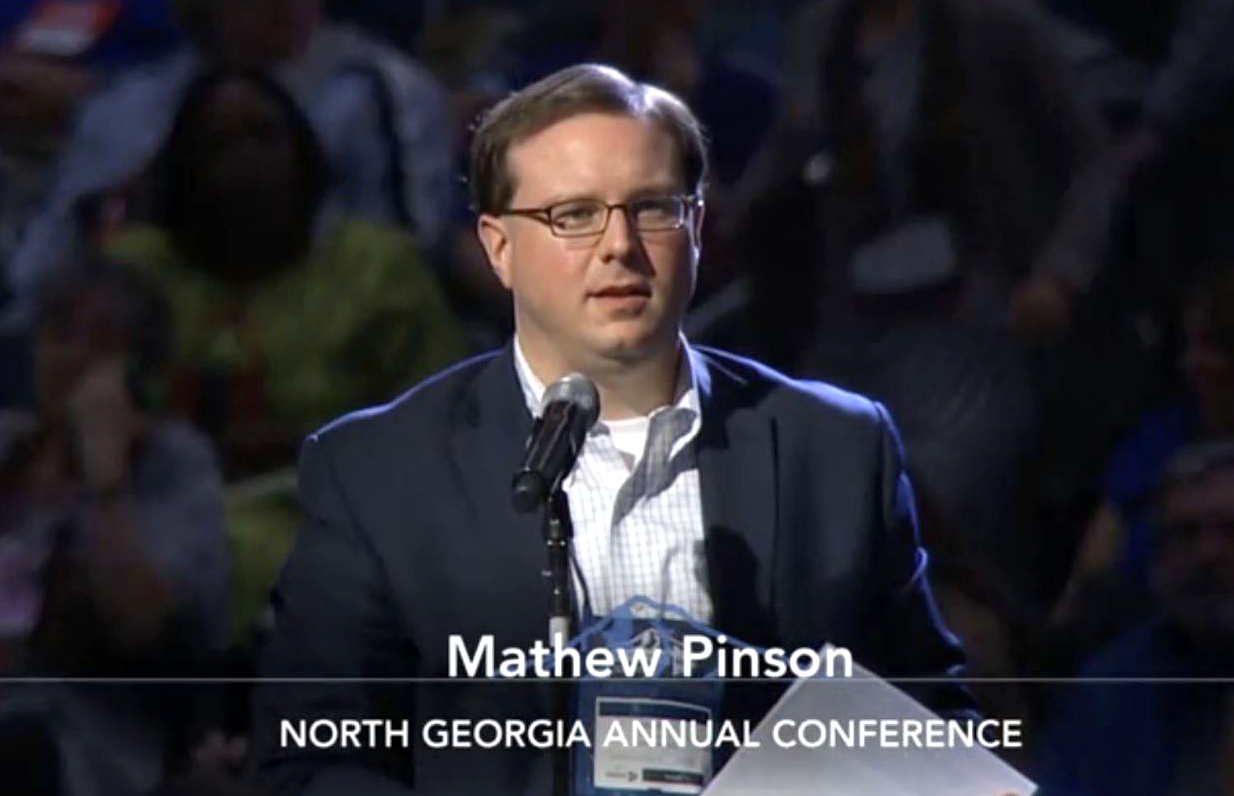 But Pinson has made himself available to speak at churches.

“I personally have been invited to be in a different congregation almost every Sunday since this summer,” he said. “I hear what they have to say, and I tell them what’s going on.”

Some delegations have gone farther than traditional listening sessions.

Crouch, for example, asked some of his fellow North Texas delegates to organize three meetings where representatives of Reconciling Ministries Network, Uniting Methodists and evangelical groups could make their case for the denomination’s future.

“What my committee told these advocacy groups is, ʽThis is your hour-and-a-half. You design it any way you want to have it go. We’re here to listen and learn,’ ” Crouch said.

Some chairs are quick to say their delegation has already decided which legislative plan to back. For example, the Rocky Mountain Conference delegation is part of a Western Jurisdiction endorsement of the One Church Plan, which would shift decisions about ordaining gay persons or holding same-sex unions to the conference and church levels. 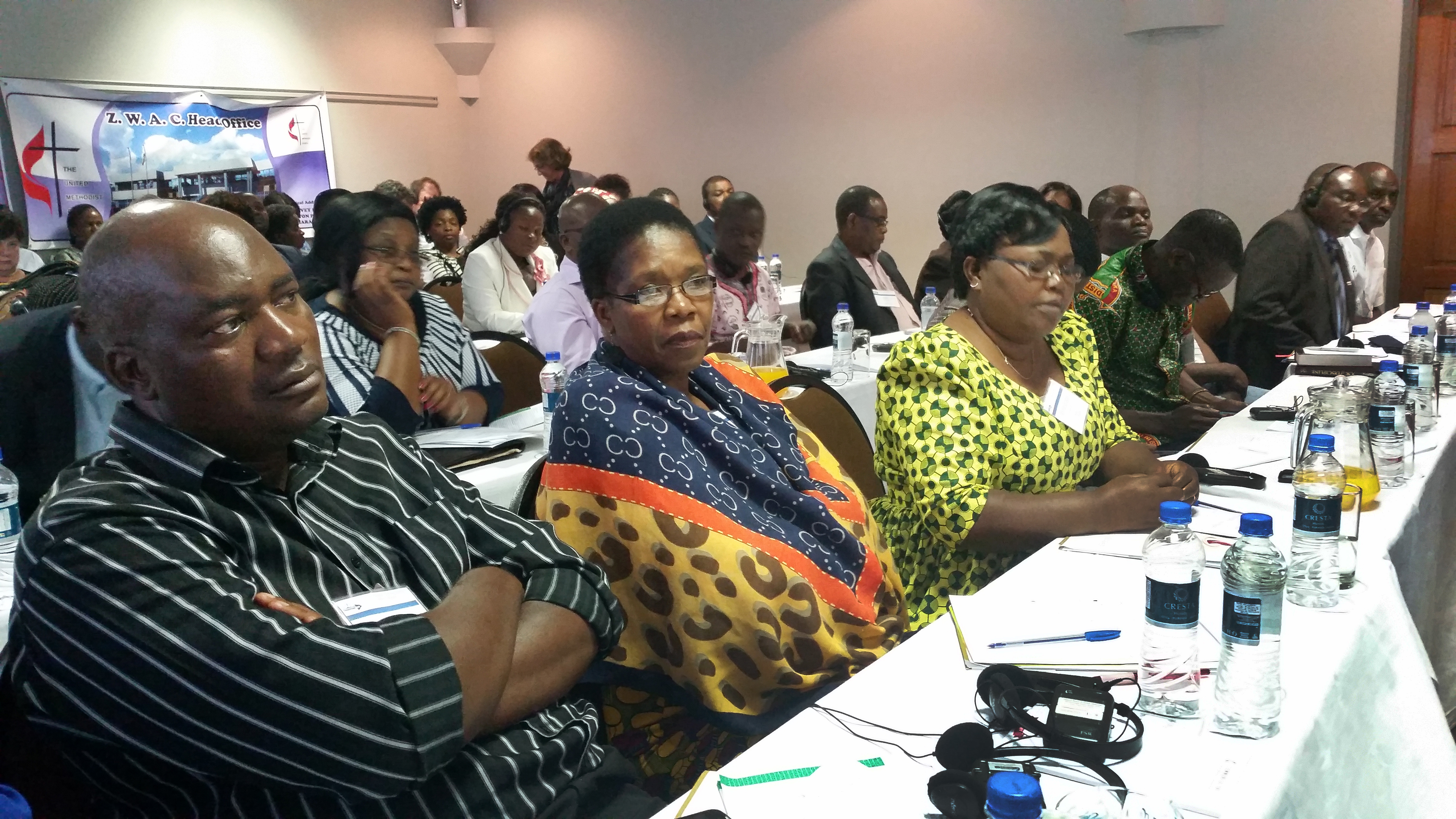 The Rev. Forbes Matonga, Betty Katiyo and the Rev. Annie Grace Chingonzo participate in the 2016 pre-General Conference orientation for Africa Central Conference heads of delegations. Chingonzo remains chair of the Zimbabwe East Conference delegation and says it favors the Traditional Plan, one of the main legislative options to be considered at the 2019 special called session of General Conference. File photo by Eveline Chikwanah, UMNS.
In the Zimbabwe East Conference delegation, support is strong for the Traditional Plan, which would retain church law restrictions against ordination of gay clergy and same-sex unions, and provide stricter enforcement.

“We want to maintain our position as a church and do not want to be swept away by other influences,” said the Rev. Annie Grace Chingonzo, Zimbabwe East delegation chair.

Within the East Ohio Conference delegation, there will likely be votes for both the One Church and Traditional Plan, said chair Allen Laferty.

He added that a lack of unanimity hasn’t kept delegates from getting along or getting their preparation done.

“I’m proud of my delegation,” he said. “We’re a great example of how the church could work together.”

Delegation chairs are definitely aware of concerns about how the General Conference will play out. High on that list is that this meeting is only about half the length of a regular General Conference, with just three days allotted for legislative work. 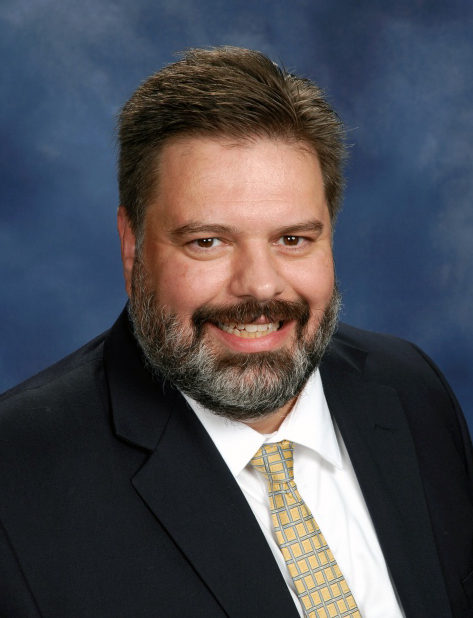 The question of which bishops will be presiding has taken on heightened importance.

“Some of our bishops are very good at that, some are not. And some are very identified with one side or another,” said the Rev. Chappell Temple, Texas Conference delegation co-chair.

There’s concern too about the possibility of protests by those demanding full inclusion of LGBTQ persons in the denomination. Such a demonstration prompted the 2012 General Conference in Tampa to take an early lunch recess, with resumption of work delayed well into the afternoon by conference officials’ negotiations with protesters.

“We really do not have that choice in St. Louis,” Allen said, referring to the short time frame.

“These are all now very experienced delegates,” he said.

“I think we have enough orientation regarding the General Conference, helping us to seriously participate in an open, loving discussion,” she said.

And just as the interest level has been high, so has the level of prayer.

“I don’t think I’ve ever experienced as many people intentionally praying for a General Conference as I have this time,” Allen said. “That is really encouraging.”

Pinson has urged a combination of prayer and Bible reading for the North Georgia delegation. His specific reading assignments include the Gospel of John, chapter 17, which includes Jesus’ Farewell Prayer, also called the High Priestly Prayer.

The prayer is, in no small measure, about Christian unity.

“That’s the best preparation you can have for going into this General Conference,” Pinson said.

Despite being denied an education as a girl, she went on to become a nurse and leader in The United Methodist Church in Zimbabwe in her role as an African bishop’s spouse.
General Church