Hebrews 13:2 says, “Do not neglect to show hospitality to strangers, for by doing that some have entertained angels without knowing it.”

What you can do

Pray
Pray for compassion by our elected leaders. Pray for families that are separated, for those appearing before judges to seek asylum, to those on the journey, to the lawyers and volunteers who are supporting them. Pray that we might have compassion.

Read the stories
United Methodist News has reported on the work of the church on both sides of the U.S. and Mexico border. Find all stories listed below.

Radical hospitality, rooted in our biblical understanding of God’s abundant love and provision, helps us to imagine a world of plenty, rather than scarcity, and a world of welcome, rather than fear.

An unprecedented 70.8 million people around the world have been forced from home. Among them are nearly 25.9 million refugees, over half of whom are under the age of 18, according to the U.N. Refugee Agency.

Resource inequality and the unequal development of nations resulting from human-made and natural disasters have caused massive displacement and forced migration. The United Methodist Church says, “In order to provide basic needs such as food, clothing, shelter, education, health care, and other necessities, ways must be found to share more equitably the resources of the world.” (Social Principles, ¶163.E)

“Global migration as a factor in the quest for justice is a major priority of The United Methodist Church as a denomination that is global in vision, mission and ministries. This concern is rooted in both a biblical mandate for justice and a commitment to the future of the church.” (Book of Resolutions, 6028) 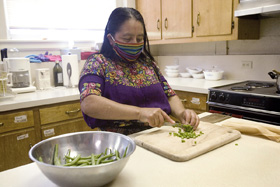 Maria Chavalan Sut, who lived in sanctuary at Wesley Memorial United Methodist Church in Charlottesville, Virginia, has been granted a Stay of Removal for one year.
Read more 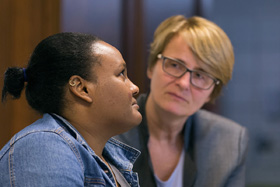 As the migration crisis continues, Europe “is becoming a fortress” where desperate people are being turned away, says a United Methodist pastor in Germany.
Read more 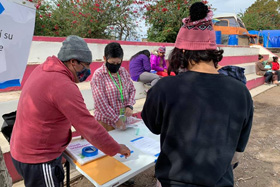 President-elect Biden promised immigration reform during his presidential campaign. Migrants are writing to him asking that he keep those promises.
Read more 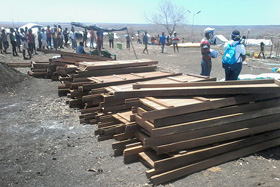 Churches, UMCOR assist those forced from their homes as attacks by Islamist insurgents escalate in in the Cabo Delgado province of northern Mozambique.
Read more

Faith leaders cite a lack of commitment by European nations to either refugees or their local hosts.
Read more 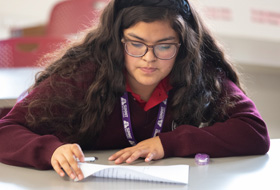 Lydia Patterson is struggling with COVID-19 and a closed border, but the president of the United Methodist school said, “We have seen worse.”
Read more 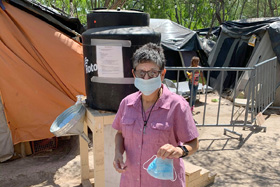 United Methodists are helping but are hampered by the COVID-19 pandemic, which separates them from face-to-face interaction with migrants.
Read more 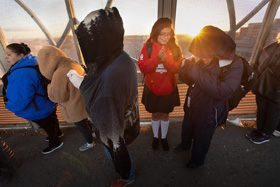 The United Methodist college-preparatory school is supported by the South Central Jurisdiction and many local churches and individuals provide scholarships.
Read more 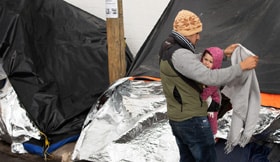 Complex issues are challenging people on all sides of the immigration debate.
Read more 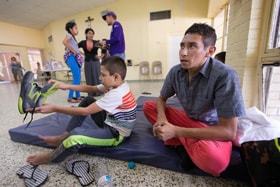 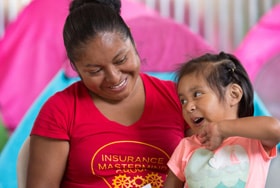 Stories of pain and fear are common for immigrants landing on streets of Tijuana.
Read more 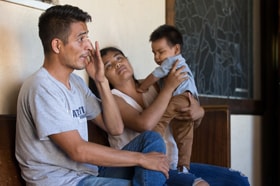 Christ Ministry Center has offered shelter to more than 6,000 immigrants from around the world since 2016.
Read more 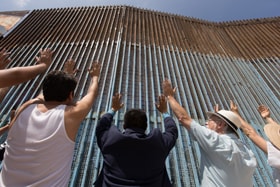 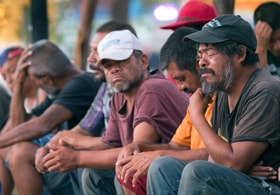 Love of Christ extends to immigrants living on street 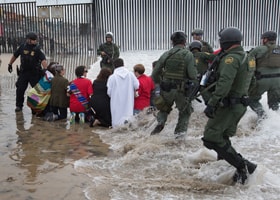 Faith leaders struggle to bring message of hope to migrants

More than 300 faith leaders — including United Methodists — walked to the border wall in San Diego to bring blessing to people in Tijuana.
Read more 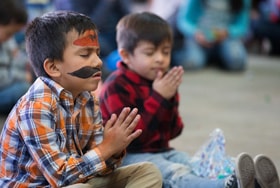 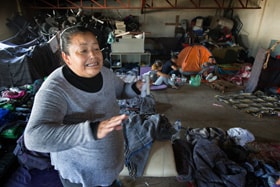 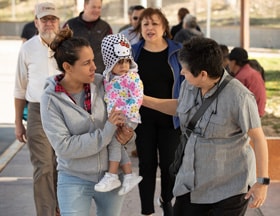