With the election of the denomination’s first openly lesbian bishop and the creation of a special commission to examine church law on homosexuality, the ongoing debate over sexuality issues in The United Methodist Church was considered the top news story in 2016 by church communicators.

In a United Methodist News Service poll, coverage of the Commission on a Way Forward came in first place out of 34 ballots cast by communicators in the United States, Africa and Asia, along with News Service staff. Second was the Western Jurisdiction’s election of the Rev. Karen Oliveto, a married lesbian, as bishop. 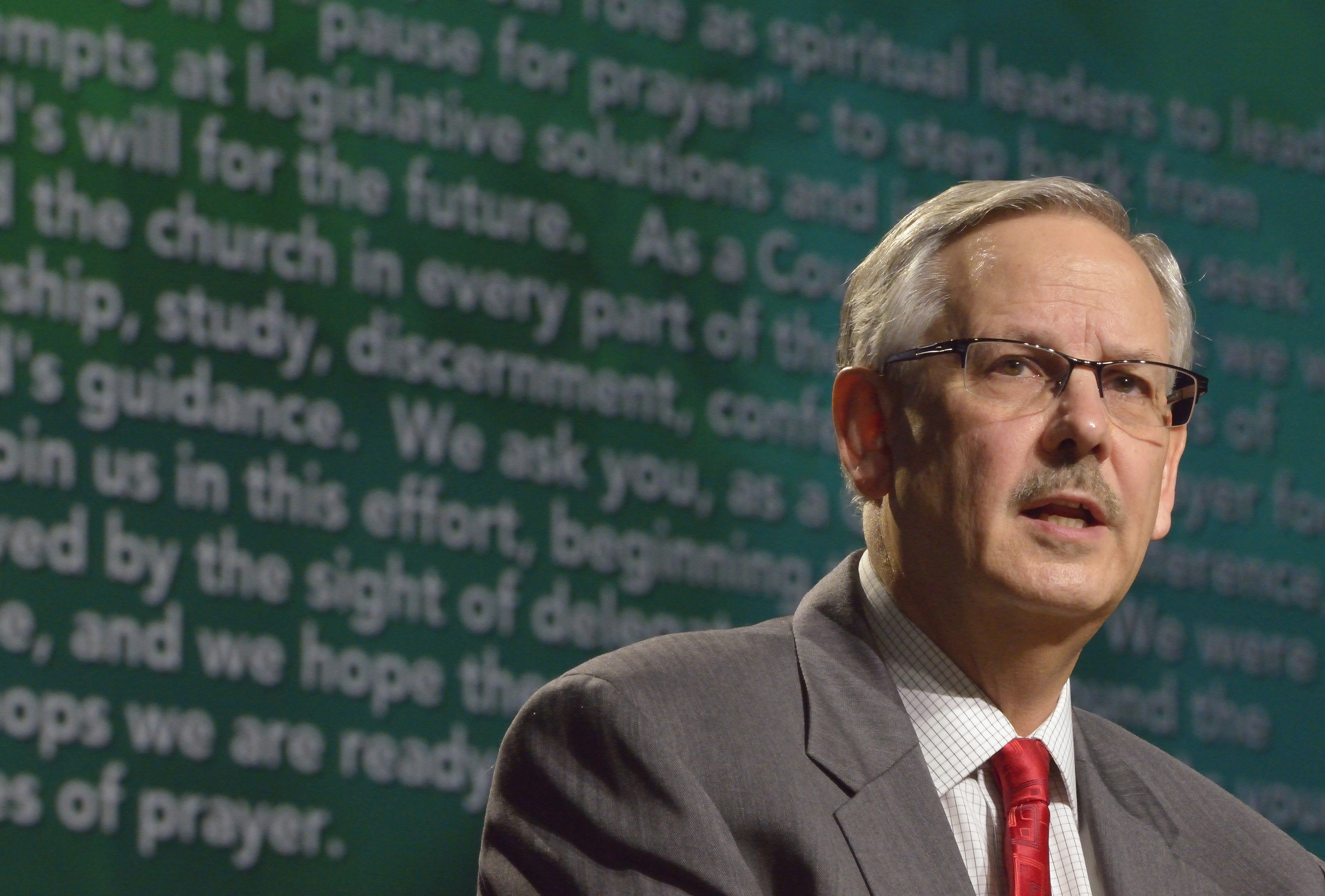 Bishop Bruce R. Ough reads a statement about sexuality and the church from the denomination's Council of Bishops on May 18 at the 2016 United Methodist General Conference in Portland, Ore. Photo by Paul Jeffrey, UMNS.

The denomination’s global response to natural disasters was third, followed by the election of 15 new U.S. bishops and bishop elections in the central conferences. Fifth was the story of a Philippines United Methodist Church compound that gave sanctuary to 4,000 farmers and indigenous people following an outbreak of violence at a protest.

First: Commission on a Way Forward

In the months before General Conference 2016, the church’s stance on human sexuality seemed to lead all discussion, and that played out once the church’s top legislative assembly began its session. Delegates on opposite sides couldn’t even agree on a method for discussing the issue, much less the issue itself.

Delegates ultimately voted to accept the recommendation of the Council of Bishops to delay further debate on homosexuality and name a special commission that would completely examine and possibly recommend revisions of every paragraph in the Book of Discipline related to human sexuality.

The 32-member Commission on a Way Forward is made up of a mix of bishops, clergy and laity of diverse views on the subject — although the group’s membership has faced criticism. 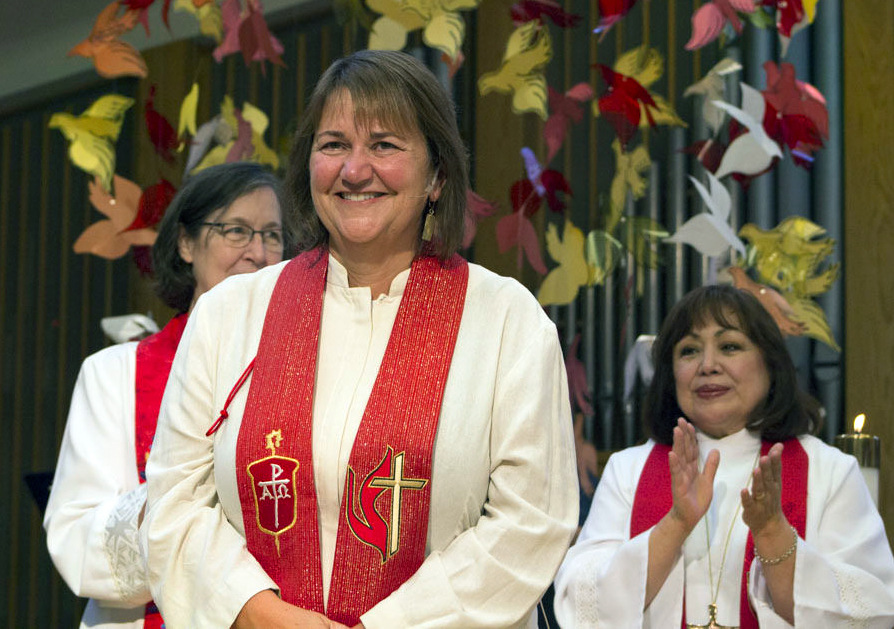 The Council of Bishops said it intends to call a special General Conference in 2019 — expected after the commission begins looking at the church’s teachings on homosexuality and church unity.

Oliveto, former pastor of Glide Memorial United Methodist Church in San Francisco, was elected July 15 at the jurisdiction’s quadrennial meeting in Scottsdale, Arizona. She has been legally married to her long-time partner, a commissioned United Methodist deaconess, for more than two years. 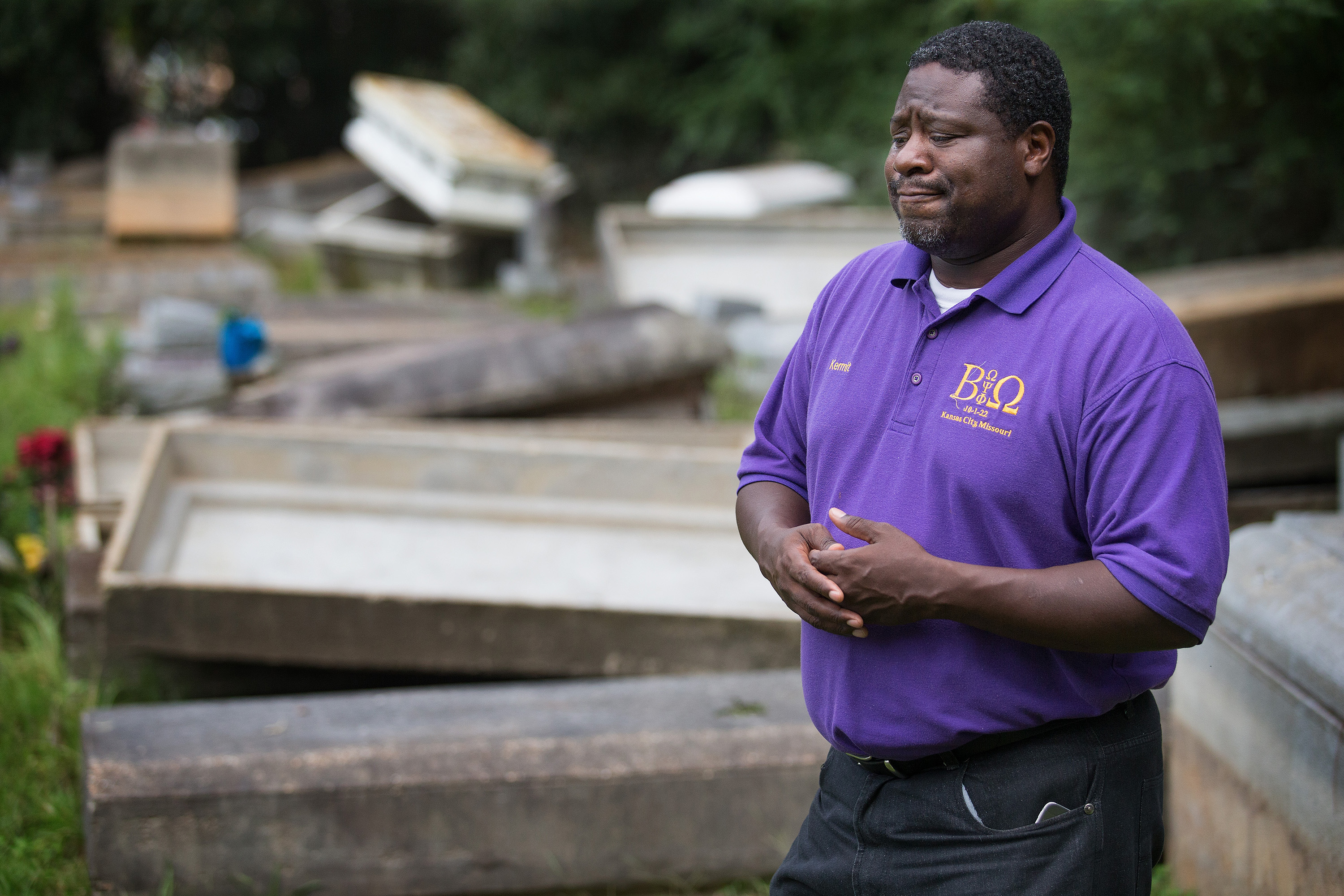 On the heels of Oliveto’s election, members of the South Central Jurisdiction voted to ask the Judicial Council for a declaratory decision regarding same-sex church leaders. The church’s top court will consider the petition when it next meets, in the spring of 2017.

The United Methodist Church, through churches, annual conferences, the United Methodist Committee on Relief and individuals, stepped up again and again to help after natural disasters. From historic flooding in Louisiana, South Carolina, West Virginia, Iowa, Texas, Mississippi, North Carolina, to damage from Hurricane Matthew in Haiti, Cuba and the United States, to drought in sub-Saharan Africa, typhoons in the Philippines and tornadoes in Indiana, United Methodists were there.

United Methodists around the world elected or re-elected new bishops. In the United States, the 15 new bishops included a record seven women in four jurisdictions, highlighted by the first African-

American woman bishop in the Southeastern Jurisdiction. Elections in the central conferences began in October with the re-election of Bishop Christian Alsted of the Northern Europe and Eurasia Central Conference.

Elections were held Nov. 28-Dec. 4 in the Philippines, with the re-election of all three active bishops — Rodolfo A. Juan, Pedro M. Torio Jr. and Ciriaco Q. Francisco. 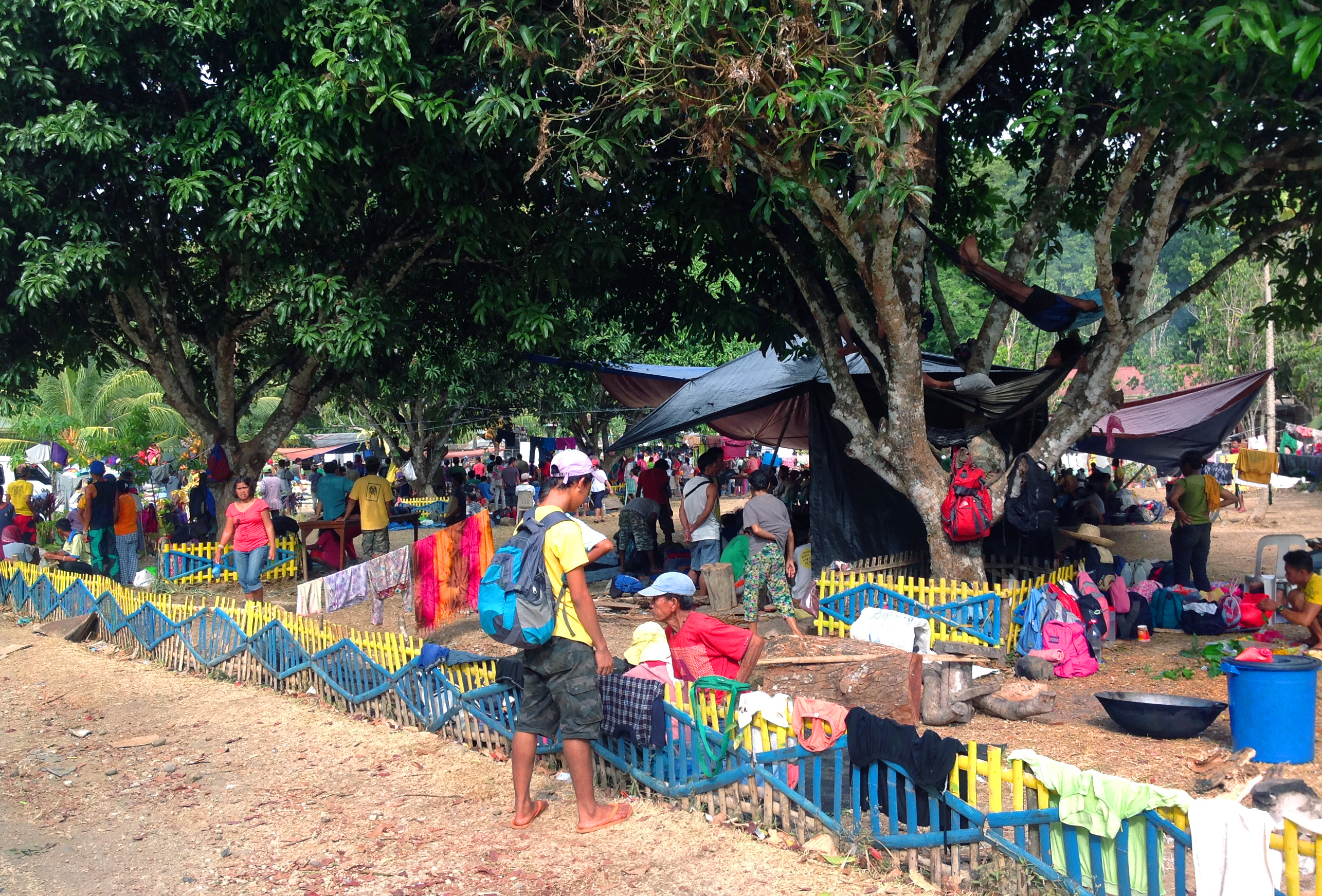 A United Methodist Church compound in the Philippines gave sanctuary to 4,000 farmers and indigenous people after an April 1 protest for food relief turned deadly. Three protesters were killed and more than 100 injured when security forces fired on the crowd blocking a major highway. Protesters poured into the Spottswood Methodist Mission Center for refuge.

Though the action sparked tension with government authorities, church leaders expressed solidarity with the protesters.

• United Methodists in Michigan and throughout the church came together with zeal to help Flint, Michigan, residents deal with contaminated water. Churches collected and distributed water and the conference appointed a water crisis coordinator.

• About 1,800 people attended the organizing meeting of the Wesleyan Covenant Association, which declared its intention to lead Methodism in a more evangelical direction. Organizers announced their hope is to work within The United Methodist Church, while leaving open the possibility of moving outside it.

• Many United Methodists supported Native American protests against the Dakotas Access Pipeline, including the bishops of the Western Jurisdiction, who sent a letter to President Obama expressing support for the Standing Rock Sioux.

• United Methodists and their relatives were among the dead in a massacre in Beni in the Democratic Republic of Congo on Aug. 13.

• General Conference 2016 voted to discontinue membership in the Religious Coalition for Reproductive Choice, which The United Methodist Church helped found more than 40 years ago. Five annual conferences later voted to rejoin the organization at either national or state levels.

Butler is a multimedia editor/producer for United Methodist Communications. Contact him at [email protected] or 615-742-5470.