The Standing Rock Sioux Reservation faced many struggles even before a proposal for a four-state oil pipeline threatened their water quality, said the Rev. David Wilson, after a visit this week to the site where protesters have been fighting the project since April.

The camp near the reservation in North Dakota has swelled with protesters as Native Americans from distant tribes have joined the Standing Rock Sioux Tribe’s fight against the $3.8 billion pipeline, which the tribe said would disturb sacred sites as well as pollute drinking water for the tribe and millions of others downstream.

Wilson, conference superintendent for the Oklahoma Indian Missionary Conference, joined a delegation evaluating how to support the tribe.

Meanwhile, Dakotas-Minnesota Area Bishop Bruce R. Ough issued a statement supporting the protesters and the tribe. Some United Methodist clergy across North and South Dakota are staging efforts of support through social media.

The United Methodist Board of Church and Society, responsible for advocating for the denomination's social teachings, also announced that it stands in solidarity with the peaceful protesters and advocates that national leaders listen to communities affected by the pipeline.

The Oklahoma Indian Missionary Conference has already helped provide food, gasoline for generators and paper goods to feed the swelling camp, which ranges from 1,000 to 2,000 people. The conference also bought three large canopy tents and solar lights. Standing Rock Sioux Tribal leaders are making sure to provide three meals a day for those coming to support their cause.

“The reservation is already facing catastrophic numbers of social ills and now they have to deal with the water being polluted and, again, people taking advantage of what they have,” said Wilson. “That angers and saddens me.”

He recalled visiting the reservation in 2011, when there was a rash of 29 suicides in one month by young people.

Wilson said this struggle is similar to the story of David and Goliath. “They have taken so much from this tribe in terms of land, and now they want to take away probably the most precious resource, which is water.” 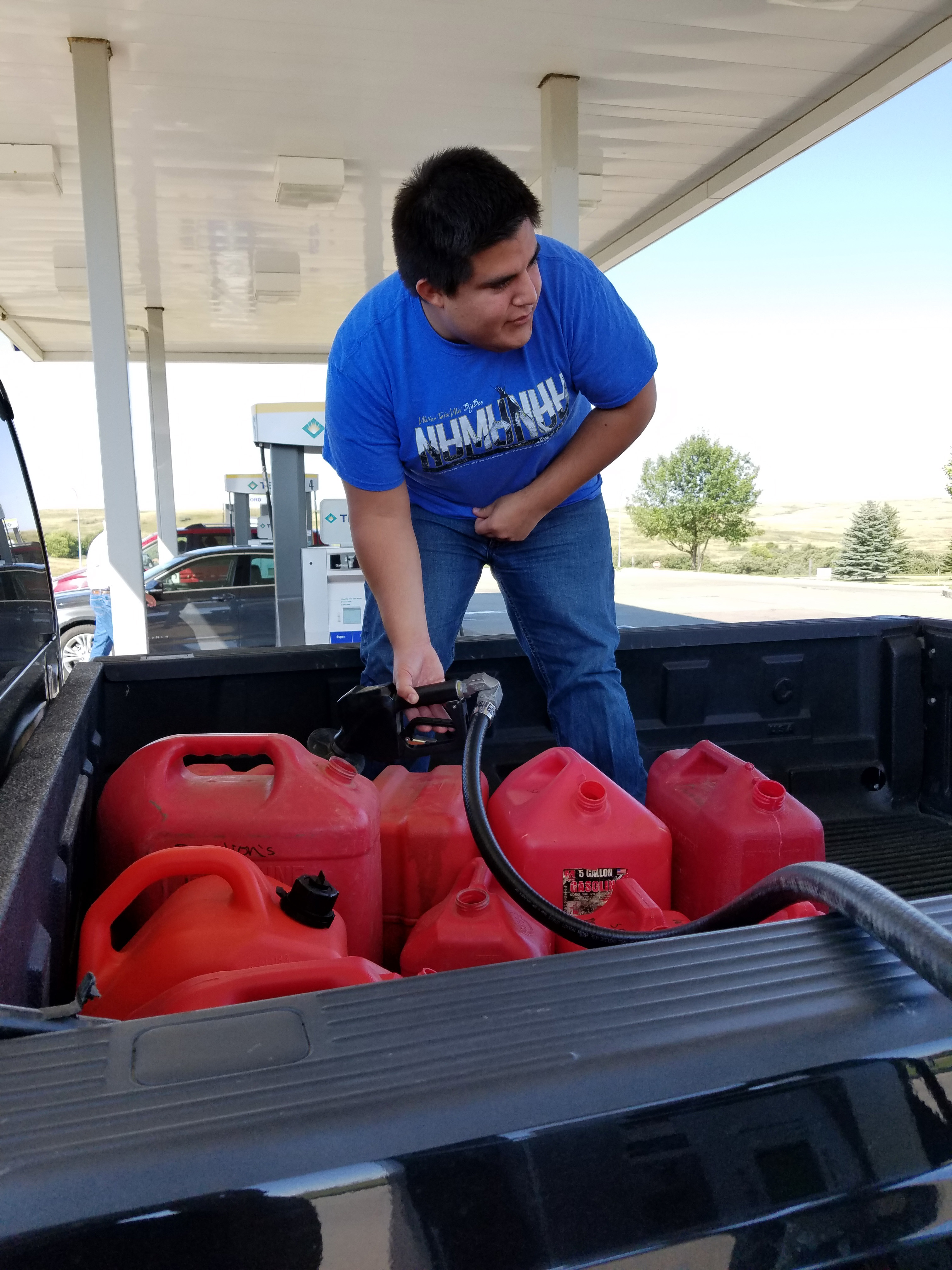 A federal judge is expected to rule before Sept. 9 on whether to grant a preliminary injunction against the Army Corps of Engineers that would stop pipeline construction while a federal lawsuit filed by the tribe is heard. The protests had already resulted in a temporary halt to the construction of the Missouri River-crossing portion of the pipeline.

The tribe’s lawsuit contends the construction and operation of the pipeline threatens its environmental and economic well-being and would damage or destroy sites that have great historical, religious and cultural significance to the tribe. The lawsuit said the pipeline violates the National Historic Preservation Act and the Clean Water Act, among other laws.

Bishop Ough said in his statement of support for the Lakota and Dakota people that the protest “is informed by the memory of broken treaties and disingenuous promises.”

“I stand with my Lakota and Dakota brothers and sisters because I believe the central question of the creation story is at the heart of their lament and their protest: What will we do with the blessing of power God has given us? This is a particularly poignant God-question for those of us who have the power of privilege in our country and the world. I urge all Dakotas United Methodists to wrestle with this question so central to our faith and witness,” he said.

As support built for the protesters, one United Methodist couple packed their bags and went to join the protests after reading an article about the fight, which they contend is not just a Native issue.

“The whole time we were at the campsite, it kept occurring to me, where are all the white people?” said Lynne Hunter, a 63-year-old environmentalist. “It is time for everyone to step up and stop the pipeline.”

A member of Grace United Methodist Church in Winfield, Kansas, Hunter and her husband, Charles, a 70-year-old retired biologist, made the 13-hour drive because they thought it was important to stand in solidarity.

“All these years, I’ve been sensitive to how we treated Native Americans historically and this issue struck a chord with me,” Lynne Hunter said.

“They’ve had no power and have been used in the past. Now, they are showing a lot of power as a larger Indian Nation and they need our support,” Charles Hunter said.

The route of the Dakota Access Pipeline originally crossed under the Missouri River near Bismarck. Due to documented concerns over water contamination, the route was moved to cross near the reservation. The pipeline is designed to carry a half-million barrels of oil daily from the Bakken oil fields in northwest North Dakota to Patoka, Illinois.

“They could just have easily put this pipeline under the river at Bismarck. Well, guess what?  That’s where the white people live,” Charles Hunter said.

Both Wilson and Ough point to The United Methodist Church’s Social Principles, which call on all United Methodists to seek environmental justice and “to approach creation, energy production, and especially creation’s resources in a responsible, careful, and economic way.” (2012 Book of Discipline, p.106).

Creating awareness and advocating on behalf of the Standing Rock Sioux Tribe are just a few ways to get involved. Monetary donations can be made directly to the tribe or through the Oklahoma Indian Missionary Conference.

The Rev. Anita Phillips, director of the church’s Native American Comprehensive Plan, says the pipeline issue gives United Methodists a unique opportunity to fulfill promises made by the 2012 General Conference during the Act of Repentance to Indigenous Peoples. The Act of Repentance service acknowledged wrongdoing to indigenous peoples and began a journey of healing.

“This is a place where the church and the reality of life for Native American people are meeting,” said Phillips. “This is not just a physical place where we are talking about oil; it’s not just a racial justice issue; this is a time for us to claim our identity as disciples of Jesus Christ.”

Underwood is a freelance writer in Oklahoma City.