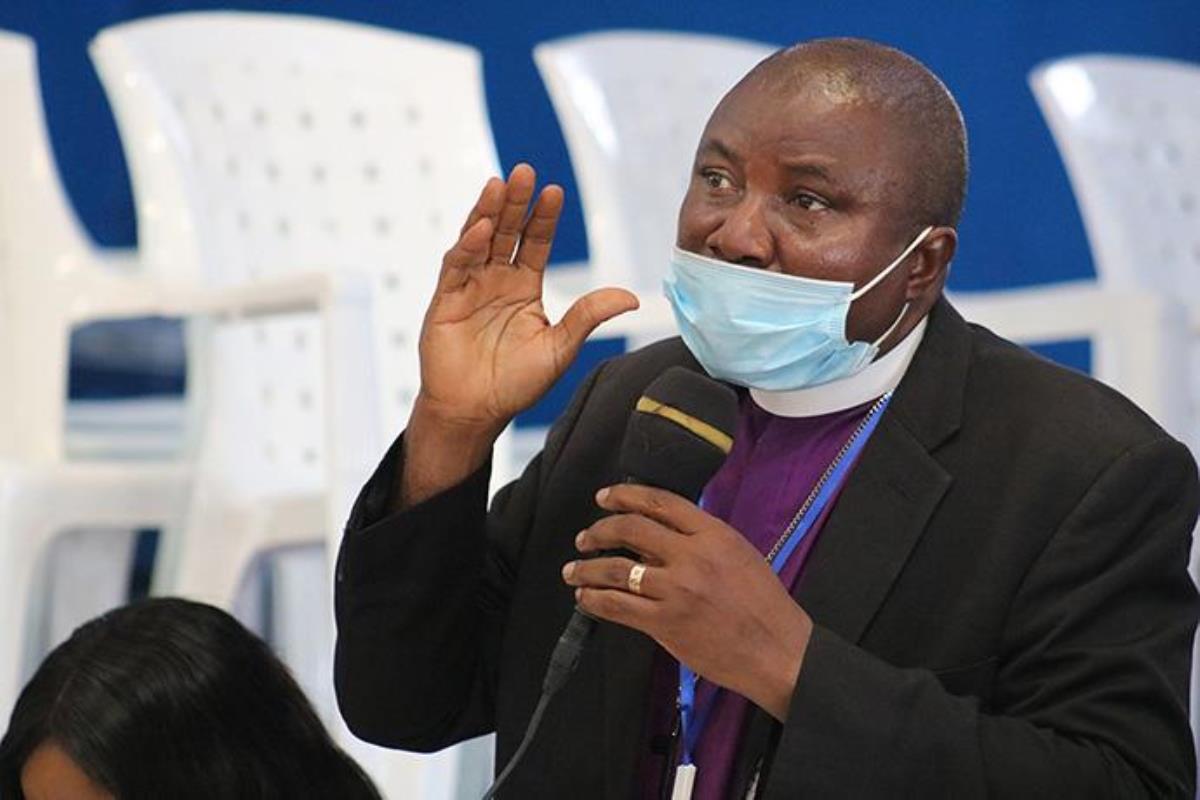 Bishop Samuel J. Quire Jr. addresses the Liberia Annual Conference meeting in Gbarnga, Liberia, in March. Quire is among African bishops in The United Methodist Church who have been discussing a denominational split and what that might mean for them and their conferences. Photo by E Julu Swen, UM News.

While many in the U.S. consider Africa a solid political bloc within The United Methodist Church, African bishops currently are not of one mind about the denomination’s future or their place in it.

Three African bishops have lately said they and their conferences will leave The United Methodist Church and organize with other traditionalists if the denomination splits over whether to remove bans on same-sex marriage and ordination of “self-avowed practicing” gay clergy.

Other African episcopal leaders, such as Zimbabwe Area Bishop Eben K. Nhiwatiwa, have not joined in such statements and appear open to exploring options for staying in the denomination. At present, the denomination has 12 African bishops.

“We respect each other even in our differences,” said Nhiwatiwa, interim president of the African bishops’ table, in a statement after the group met last month. “From the look of it the majority of us (African) bishops are not contemplating leaving The United Methodist Church.”

The United Methodist Church’s decades-long struggle over how accepting to be of homosexuality led to a special called General Conference in 2019. Delegates at the church law-making assembly, held in St. Louis, approved by a 438-to-384 margin the Traditional Plan, strengthening the same-sex marriage bans and ordination bans.

The meeting was highly contentious, drawing international media coverage and leading to widespread protests of the outcome by United Methodists in the U.S., where gay marriage is legal and increasingly accepted, according to opinion polls.

In the summer of 2019, Sierra Leone Area Bishop John Yambasu took the lead in assembling a diverse group of church leaders (representing centrist, progressive and traditionalist caucuses) to consider next steps for the denomination.

The result, arrived at with the help of famed mediator Kenneth Feinberg, was the Protocol of Reconciliation and Grace Through Separation. If the proposal is adopted, it would allow traditionalist churches and conferences that vote to do so to leave The United Methodist Church, with property and $25 million to get started. The proposal also sets aside $2 million for other groups of churches that might leave.

However, the COVID-19 pandemic has twice postponed the 2020 General Conference, the church’s lawmaking assembly. It’s now scheduled for Aug. 29-Sept. 6, 2022. So the protocol and other legislative proposals continue to be on hold.

Yambasu was the only African on the protocol mediation team, and he died Aug. 16, 2020, in a car accident.

No African bishop has replaced Yambasu, though the protocol mediation team continues to meet.

“The protocol team has established a sub-group to talk to African bishops about how they can best be represented in the protocol team’s work,” New York Area Bishop Thomas Bickerton, a team member, said by phone last week.

Meanwhile, Bishop Samuel J. Quire Jr. of Liberia, Bishop Owan Tshibang Kasap of Southern Congo and Bishop John Wesley Yohanna of Nigeria have recently offered statements indicating they and their conferences will join with traditionalists if The United Methodist Church divides under a protocol scenario. 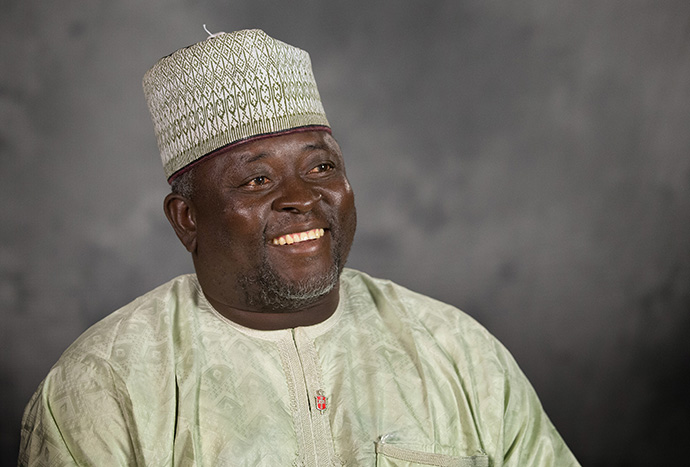 The protocol allows conferences to vote to depart and realign, and Quire suggested that could be the case with Liberia.

“Global Methodist Church” is the name that traditionalist groups such as the Wesleyan Covenant Association have given to the denomination they plan to form, preferably after passage of the protocol.

Kasap referred to the denomination-in-progress by name.

“The path followed by (the) Global Methodist Church meets the spiritual and doctrinal aspiration of South Congo and Zambia,” he said in a six-page statement.

Kasap also noted that Africans learned both from missionaries and the Bible that marriage is to be between one man and one woman.

“We are convinced that homosexuality is incompatible with the teaching of the gospel of Christ,” he wrote. “And generally speaking, homosexuality does not fit into African culture.”

At present, only central conferences — church regions in Africa, Europe and the Philippines — have the authority to adapt certain parts of church law to their missional contexts. The Christmas Covenant would strengthen the ability for every region to adapt church law, including potentially policies related to the status of LGBTQ people.

But Yohanna sees that as a nonstarter.

“I maintain that it is impossible to be one church yet preach different understandings of marriage,” the Nigerian bishop said.

Yohanna added that if the protocol passes “we will not be a part of (a) UMC that will change the language of the Book of Discipline to accommodate same-sex marriage and ordination. At that point, maintaining our conservative Christian identity will take precedence above the name UMC.”

The statements by Quire, Kasap and Yohanna were noted in a recent column by the Rev. Keith Boyette, who leads the Wesleyan Covenant Association and has overseen planning for the Global Methodist Church.

“The WCA celebrates recent announcements by three leading bishops in Africa who have signaled their intent to align with this new traditional expression of Methodism,” Boyette said.

But there has been pushback among African United Methodists.

A group of Nigerian United Methodist leaders, clergy and laity, released a statement taking issue with Yohanna’s remarks and arguing against a breakup of The United Methodist Church through the protocol or any other vehicle.

“The world does not need more new churches but the world needs the hearts of Christians that are full of compassion, truth, justice, righteousness and mercy as revealed by God in Micah 6:8,” the statement said.

“We don’t want to see The United Methodist Church divided, especially in Africa,” said Knight, a member of Africa Voice of Unity, a group with clergy and representatives from various conferences on the continent. 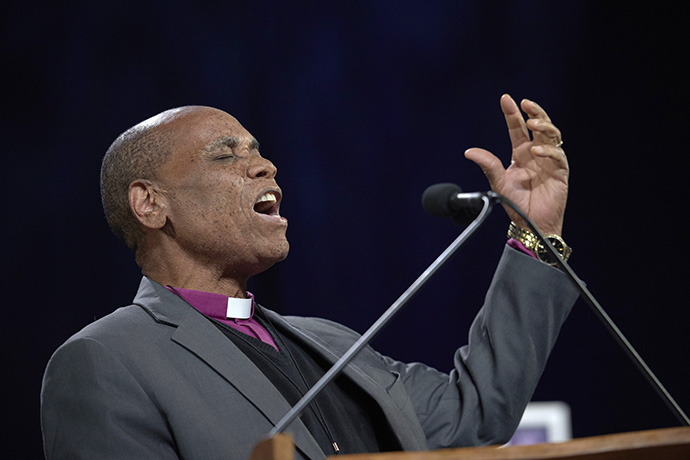 Nhiwatiwa, in what he stressed was a personal statement, said Africans who insist they cannot remain in The United Methodist Church should consider starting their own denomination rather than looking to align with another based outside the continent.

“Why not form an African-grounded mega-denomination and invite others to come and join,” he wrote in his recent message. “Why should Africans be always on the receiving end of accepting invitations from others.”

The bishops did not endorse the proposal in their brief remarks during the recorded meeting but did offer appreciation for the effort.

“The concept of regionalization is key, especially in terms of empowering churches across the world,” Muyombo said.

In November 2019, bishops in the central conferences endorsed the proposal to create a U.S. regional conference. That proposal is now part of the Christmas Covenant.

That African bishops have been strong leaders in their areas is beyond dispute. But no bishop gets to vote at General Conference, where church policy is decided.

Wandabula emphasized that in an email interview.

“Because of this,” he said, “I try my best not to direct or influence the delegates from my episcopal area on what to vote for or on how they should vote.”

Abingdon Press has published a revised edition of “American Methodism,” its history of The United Methodist Church and its predecessors. The new version adds a chapter covering 20 years of contentious debate over sexuality.
Theology and Education