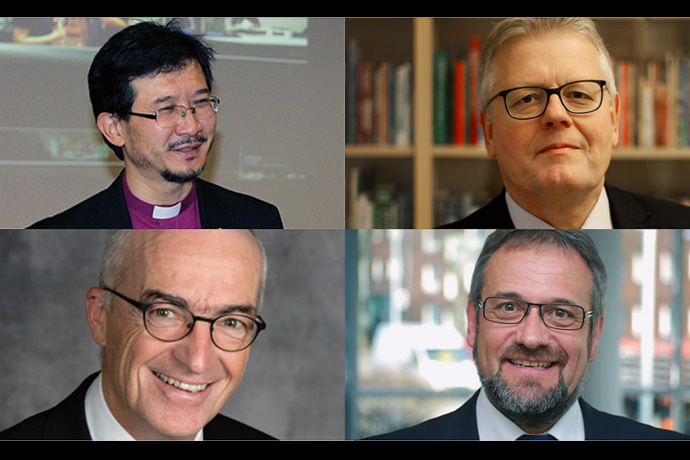 United Methodists in Europe are beginning to make plans for what happens if a proposal for the denomination’s separation wins General Conference approval.

Several European annual conferences have indicated plans to remain with The United Methodist Church. Other conferences expect to join a new, traditionalist denomination should the church eliminate its bans on same-sex marriages and noncelibate gay clergy. Still other conferences are taking a wait-and-see approach.

The COVID-19 global pandemic has postponed General Conference, the denomination’s top lawmaking assembly, from May 2020 to Aug. 29-Sept. 6, 2022, in Minneapolis. That postponement has put on hold any formal separation.

However, the continent’s four bishops see a need to prepare now. By the time the dust settles, they expect the church’s map in Europe to look very different.

“We cannot just sit on our hands and wait until after General Conference has acted,” Nordic and Baltic Area Bishop Christian Alsted said in a May 11 press statement.

The four United Methodist bishops in Europe and Eurasia have drafted three documents to help guide next steps for their areas.

On Separation from the UMC

A Task Force Mandate for the Continuing UMC

“We need to think and prepare proactively for the future and work for as much unity and missional strength as possible, while we ensure that all local churches, clergy and annual conferences are able to live into the future with integrity.”

In planning for the future church, Alsted joined Bishops Eduard Khegay of Eurasia, Harald Rückert of Germany and Patrick Streiff of Central and Southern Europe.

But before General Conference can meet, the four bishops also plan to form a working group to prepare “with a perspective towards a common vision for all branches of Methodism in Europe.” The bishops plan for the working group to have representatives from each annual conference in their areas and to meet online.

All three documents assume the passage of the much-endorsed Protocol of Reconciliation and Grace Through Separation, and base next steps on procedures outlined in the proposed legislation.

A diverse group of 16 United Methodist leaders, with the help of famed mediator Kenneth Feinberg, developed the proposal aimed at resolving the denomination’s decades-long, intensifying debate over the status of LGBTQ people. Alsted was among the protocol’s negotiators.

The proposal, if adopted, would allow traditionalist churches and conferences who vote to do so to leave with church property and $25 million. The proposal also sets aside $2 million for other groups of churches that might leave. Each new denomination must have at least 100 churches.

The protocol legislation does not alter the denomination’s present bans on same-sex weddings and “self-avowed practicing” gay clergy, which have faced resistance in Western Europe and the U.S.

The protocol legislation will need at least some adjustments to take effect, since its timeline for separation processes assumes General Conference took place in May 2020. The Judicial Council, the denomination’s top court, also has declined to rule in advance whether the legislation is in line with the United Methodist constitution.

“There is ongoing discussion about ‘renegotiating’ the Protocol, but as European bishops we see this as a dangerous play where there will not be a better solution in the end than the compromise of the Protocol,” the bishops said in the document related to preparations for General Conference.

In any event, the four bishops expect separation will lead to big structural changes.

At present, the denomination has three central conferences in Europe and Eurasia. The three church regions, which elect bishops and handle other matters, cover 32 countries and 10 time zones. As of 2019, the three European central conferences had a total of 52,335 professing members and 1,052 active and retired clergy.

“For both traditionalists and continuing UMC, a separation will result in a reduction in the number of annual conferences, local churches, and clergy,” the bishops said in the mandate for the post-General Conference task force.

The task force also will need to consider the diverse countries where United Methodists have a presence. Streiff, bishop of the Central and Southern Europe Area, emphasized that diversity. His episcopal area, he said, “is composed of United Methodists who — in good faith — read and understand the Bible differently concerning same-sex relationships, even if they believe all in Christ Jesus as their Lord and Savior.”

The bishops working together on next steps also have different plans themselves in the event of separation.

Bishop Khegay — who leads United Methodists in Russia, Moldova and Ukraine — told United Methodist News in 2020 that he plans to join the new, traditionalist denomination if the protocol passes.

While saying he laments that his “beloved worldwide United Methodist Church may separate,” he reiterated that plan in the May 11 press statement. “I envision myself and Eurasia episcopal area to go with the traditional understanding of marriage and ordination as it is stated in the present Book of Discipline of The United Methodist Church,” he said.

Meanwhile, Alsted, Streiff and Rückert all have made a different commitment to remain United Methodist and welcome a diversity of views.

The three said in a joint February statement that “we will exercise our leadership in such a way that those who choose to remain in the UMC … will not be forced to participate in acts that are against their personal, religious convictions.”

Rückert, who leads United Methodists in Germany, said it’s a strong signal that the three European central conferences are moving forward together.

“In spite of different opinions within our central and annual conferences and in spite of possible different decisions on our ways into the future, we attempt to have honest and respectful, courageous and future-oriented conversation,” he said in the press statement.