A group of United Methodist leaders, including eight bishops, has issued a statement sharing its vision for a global traditionalist denomination focused on evangelism and the “primacy of Scripture.” Among the group’s essential doctrinal beliefs is defining Christian marriage as between a man and a woman.

Two of the bishops who signed the statement told UM News they would depart The United Methodist Church for such a new denomination. One other said he is considering it.

It calls for allowing traditionalist churches and conferences to leave with their properties to form another denomination, while also getting $25 million in United Methodist funds.

“Although no one yet knows what The United Methodist Church will look like following the 2020 General Conference, it is clear that our denomination is no longer unified in its beliefs,” the more than two dozen traditionalist leaders said in a press release accompanying their March 12 statement. “Therefore, some sort of separation is probable. As such, we felt it necessary to begin conversations about what the new traditional expression of Methodism might look like.”

Texas Conference Bishop Scott Jones joined the Rev. Keith Boyette, president of the Wesleyan Covenant Association, and Patricia Miller, executive director of the United Methodist Confessing Movement, in convening a recent meeting in Atlanta that led to the statement.

Jones said he’s a part of other conversations about The United Methodist Church’s future and added that his signature on the document the group released did not guarantee he would be joining the new denomination, should the protocol pass.

“I have not made any commitments because I don’t know what my options are,” Jones said. “I helped convene this meeting because I have heard from many traditionalists that they were looking for a diverse, traditional option, and thought that a broader, wider conversation would be important.”

He added: “I am interested in serving faithfully in a vibrant Methodist church going forward. Exactly what shape that will take after General Conference is yet to be determined. We need good options that people can consider. This is certainly one of the options.” 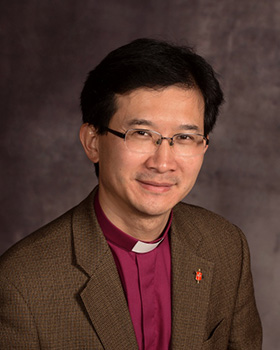 Bishop Eduard Khegay
Photo courtesy of the Council of Bishops.

Eurasia Area Bishop Eduard Khegay signed the statement and said by email that he plans to join the new denomination if the protocol passes.

“I am forever grateful to God and our UMC sisters and brothers around the world and hope to continue our friendships. But now I want to spend my time on expanding our mission and making disciples rather than figuring out how our denomination can please everyone,” Khegay said.

Upper New York Area Bishop Mark J. Webb also signed the statement and told UM News that if the protocol passes he intends “to follow God’s call upon my life and be a part of the formation of a global traditional expression of Methodism.”

He added, “My prayer is that in this season of uncertainty and discernment we will engage deeply in prayer and respectful conversation with one another to hear God’s call and honor one another’s response to that call.”

Bishop Mike Lowry, who leads the Central Texas Conference, is scheduled to retire this year but added that he is considering joining the new denomination if the protocol passes.

“As things stand, I think that’s a real possibility,” said Lowry, who also plans to be bishop-in-residence at United Theological Seminary in Dayton, Ohio.

“I’d want to pray about it and think about it. I participated in it, so I’m inclined to think I would. But I also know the protocol could get amended in ways that would change my answer.”

He said he does not see his job to either lead the Central Texas Conference out of the denomination or lead it to stay.

“I am not going to start a campaign for it to stay or leave,” he said. “I’ll leave that to the prayerful discernment of the people of the Central Texas Conference.”

Bishop James E. Swanson Sr., another signer, plans to retire this year and does not expect to depart The United Methodist Church.

“Now if the protocol passes in its current form then the Mississippi Annual Conference will make its own decision in keeping with the legislation consistent with the protocol,” he told UM News.

Under the protocol, an annual conference could leave The United Methodist Church with a majority vote of at least 57 percent.

Khegay predicted the Eurasia Area would vote to depart.

Ian Urriola is a lay General Conference delegate from Upper New York. He said that if Webb and some clergy leaders want to leave, he’ll give them his blessing. But he hopes the conference will remain in The United Methodist Church.

Pastors and advocacy group leaders were part of the Atlanta meeting and signed onto the statement. The Rev. Jan Davis, pastor of Central United Methodist Church in Fayetteville, Arkansas, was among them.

“What a beautiful thing to be in a room with broad diversity, people from all over the world, from many different perspectives, yet we were solidly of a mind in our mission for a new denomination — proclaiming Jesus Christ as Lord!” she said in a statement released by the advocacy group Good News. 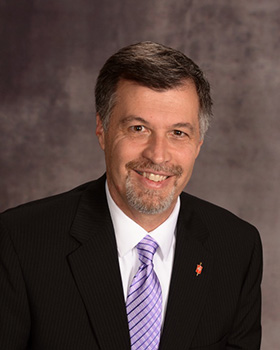 Bishop Mark Webb
Photo courtesy of the Council of Bishops.
The United Methodist Church has faced internal division for decades, especially over how accepting to be of homosexuality. The 2019 special General Conference, intended to help the church find a way to stay unified, saw delegates vote by a 438-384 margin to reinforce bans on same-sex marriage and ordination of “self-avowed practicing homosexuals.”

Resistance to the decision, particularly in the U.S., has been intense and led a broad coalition of advocacy group leaders and others to come up with the protocol.

The Wesleyan Covenant Association has been planning for a new denomination, including drafting a proposed Book of Doctrines and Discipline. The Atlanta meeting included traditionalists who are not a part of the WCA.

“When the protocol was announced, I reached out to Bishop Jones and other traditional leaders to let them know that the WCA wanted to work collaboratively toward the launch of a new traditional denomination,” Boyette said by phone.

Boyette added that the Atlanta statement is in line with, but not identical to, the proposed Book of Doctrines and Discipline.

“So, for example, this statement talks about the anticipated deployment system in a new denomination and it makes clear that we intend to have a system that will be bishop-appointed and there will be enhanced consulting with local churches,” he said. “That’s certainly consistent with the Book of Doctrines and Discipline.”

The statement elaborates the vision for the denomination in more than two pages of bullet points, under the categories “The Church’s Culture and Mission,” “Essential Doctrinal Beliefs” and “Organization.”

The first principle is, “Being so in love with Jesus that we boldly share his love with all people because we can do nothing else.”

The statement describes the new church’s reliance on Scripture and stresses adherence to the historic creeds and Wesleyan doctrinal statements.

It asserts that all people “are of sacred worth, created in the image of God, loved unconditionally by God and in need of redemption from sin through Christ.”

The statement also endorses the “traditional understanding of Christian marriage as a covenant between a man and a woman as God’s intended setting for human sexual expression.”

As for organization, the statement foresees a denomination with a limited bureaucracy, and with regional bodies that elect and deploy bishops but are unable to adapt the Book of Discipline. Bishops would be elected for a single 12-year term.

General Conference is still set for May 5-15 in Minneapolis, despite the coronavirus threat that has forced many cancellations of large gatherings in the U.S.

Boyette was part of the protocol negotiating team, and he said he is encouraged about the protocol’s chances for passage, given the range of accumulating endorsements.

“Nothing is certain until the delegates vote,” he said.

Should it pass, Boyette added, a transitional form of a new denomination could be in place quickly to receive churches, conferences and clergy, with a convening conference to be held in 2021.

No name has been chosen for the new denomination, Boyette said.

Hodges and Hahn are writers for United Methodist News. Jim Patterson contributed. Contact them at 615-742-5470 or [email protected]. To read more United Methodist news, subscribe to the free Daily or Weekly Digests.