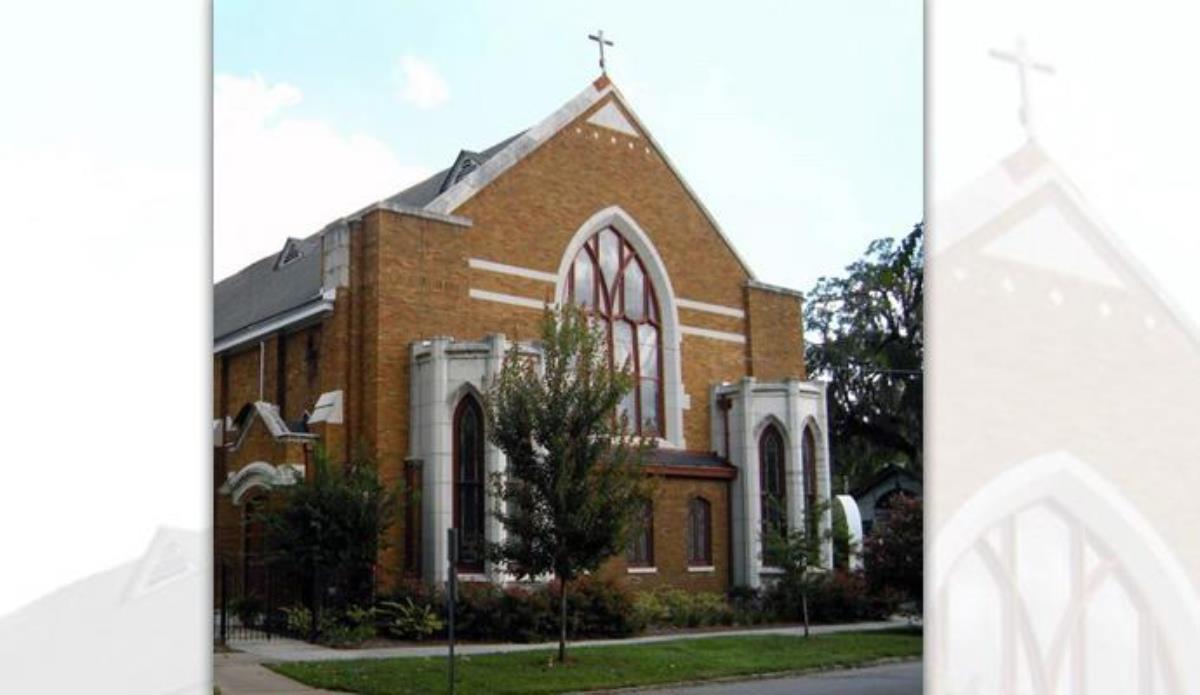 Asbury Memorial Church in Savannah, Ga., is leaving The United Methodist Church in support of LGBTQ inclusion. The church, with more than 300 members, is the first since 2016 to leave expressly in opposition to the denomination’s bans on same-sex weddings and “self-avowed practicing” gay clergy. Photo courtesy of Asbury Memorial Church. "

A church in Savannah, Georgia, is the first congregation in recent years to depart the United Methodist fold in support of LGBTQ inclusion.

Over the past four years, multiple congregations have left The United Methodist Church in response to its intensifying disagreement over how accepting to be of homosexuality. Most have done so citing weariness with the debate or a lack of enforcement of the denomination’s bans on same-sex weddings and “self-avowed practicing” gay clergy.

However, Asbury Memorial Church — a congregation of more than 300 members in downtown Savannah — is the first since at least 2016 to leave expressly in opposition to those bans. And it is unlikely to be the last.

The South Georgia Annual Conference at its Aug. 15 virtual session accepted the departure of Asbury Memorial and six other congregations under new disaffiliation policies approved by the 2019 General Conference, a special session of the denomination’s top lawmaking assembly.

The policies allow congregations to depart the denomination with their property “for reasons of conscience” related to homosexuality, if they meet certain requirements.

Among those requirements is that at least two-thirds of the congregation vote for disaffiliation and a majority of an annual conference’s voters approve it. Annual conferences are church regional bodies.

Departing churches also must meet certain financial obligations, including paying a share of their conference’s unfunded clergy pension liability — that is, what conferences will owe retirees.

The Rev. Billy Hester, Asbury Memorial’s senior minister, acknowledged that leaving comes with a hefty price tag. But he said the congregation could no longer wait to include its LGBTQ members fully in church life. 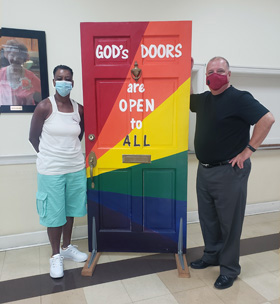 “I’ve seen a lot of people die in my congregation, especially LGBTQ people, and there are other people who are getting up in age, and I wanted them to see this day,” Hester said.

“Another reason is we really need to be involved in addressing other issues, systemic racism, global warming, so many other issues. ... This will free us up.”

The congregation will now be independent.

The Rev. David Thompson, the Coastal District superintendent in the South Georgia Conference, worked with the Asbury Memorial congregation as the church went through the disaffiliation process.

“These have been very gracious conversations between us, and the church has followed the process we have approved as the South Georgia Conference,” he said in a statement.

“We are never happy to see local churches depart from our fellowship, but we understand their desire to do so and pray for their future ministry.”

Thompson told UM News that churches have left from across the theological spectrum. The new disaffiliation policy does not require churches to announce where they stand — just that their departure is related to the homosexuality debate.

United Methodist bishops called the special General Conference in February 2019 specifically to address divisions over the status of LGBTQ people.

By a vote of 438-384, delegates from around the globe approved the Traditional Plan that reinforced the denomination’s bans on noncelibate gay clergy and instituted mandatory penalties on clergy who officiate at same-gender weddings.

At the same gathering, a majority of delegates approved the new disaffiliation policies. At the time, some delegates expected LGBTQ-friendly churches that disagreed with the Traditional Plan to be the first to head for the exits.

Initially, that has not been the case. Instead, many congregations that object to the Traditional Plan opted to publicly resist it and seek reform from within the denomination.

So far, at least 14 churches have left under the new disaffiliation policies — including seven traditional congregations that departed from the Mississippi Conference last year.

The New England Conference, when it meets online Oct. 17, is set to take up a disaffiliation resolution from Brackett Memorial United Methodist Church in Peaks Island, Maine. The church, which has about 92 members, already has signed a disaffiliation agreement with conference trustees.

“We don’t have any reason to believe anything is going to be resolved soon in The United Methodist Church,” said the Rev. Will Green, the church’s pastor and an openly gay provisional elder. “We felt we had the opportunity … to be proactive about our future.”

Eight other New England churches also are weighing disaffiliation but are not planning to bring resolutions to this year’s annual conference.

The New England Conference cabinet said in a joint statement that it cares for every member and faith community, and that when any part chooses to separate it affects the whole.

“While it pains us to see any church disaffiliate from our connection, we trust that the process of discernment and the action of the annual conference will be led by the Holy Spirit,” the cabinet said, “and it is important to note that nothing is final until the annual conference acts on this resolution on Oct. 17, 2020.”

Many progressive churches, including Asbury Memorial, identify as reconciling and work with the Reconciling Ministries Network, an advocacy group that has long sought to eliminate what it sees as the church’s discriminatory policies.

Jan Lawrence, executive director of Reconciling Ministries Network, said the group supports Asbury Memorial’s decision to leave for the sake of its ministry.

“Wherever a Wesleyan community of faith exists, the Reconciling movement is there to support them in their pursuit of LGBTQ justice and inclusion,” she said.

Wespath, the denomination’s pension agency, works with conferences to ensure pension obligations are met and is aware of a modest uptick in disaffiliation this year.

“However, it is still quite small compared to the total number of congregations,” said Tony Prestipino, Wespath’s director of plan sponsor relations. As of 2018, The United Methodist Church had around 31,000 congregations in the United States.

The COVID-19 pandemic postponed what was to be the 2020 General Conference until Aug. 29-Sept. 7, 2021, in Minneapolis. Even with the postponement, the Wesleyan Covenant Association has continued to work on forming that new denomination.

For now, Asbury Memorial is also making plans for new ministries even while still worshipping virtually because of the coronavirus.

“You better have some tissues on hand!” the church’s newsletter said.