The Mississippi Annual Conference voted to approve the departure of seven churches that asked to leave the denomination. The bishop and one of the pastors involved agree the connection had been fraying for some time.

Sexuality is an issue, but it goes deeper than that, said Bishop James E. Swanson Sr., resident bishop of the Mississippi Conference.

Before the conference voted, David Stotts, conference treasurer, and the Rev. Tim Prather, conference trustee chair, showed a video and discussed the process for disaffiliation under the new ¶2553 in The Book of Discipline. They also provided the relevant Judicial Council decisions and told annual conference members that the conference would vote by a simple majority on ratifying the votes to disaffiliate. 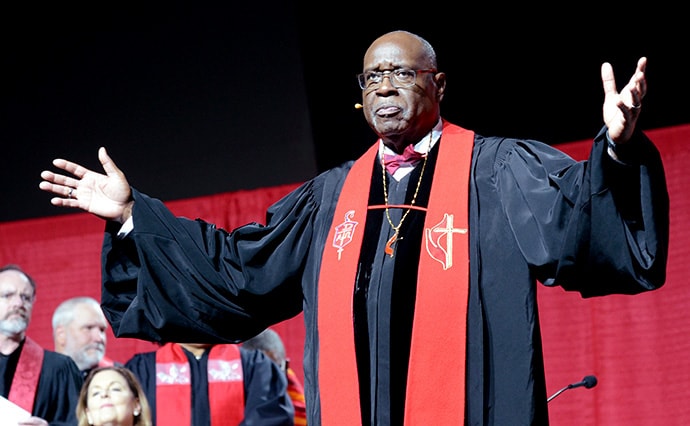 Before the June 5-8 annual conference in Jackson, Mississippi, the following United Methodist churches all voted overwhelmingly to leave the denomination:

“Each church took their required vote, and the 2019 session of the annual conference has ratified the process and all is complete on all seven of them,” Stotts said. “The full funding has been arranged.”

The seven churches officially departed from The United Methodist Church on June 30. The membership of the churches, based on the General Council on Finance and Administration’s 2017 data, ranges from 24 professing members at Tabernacle to 293 at Oak Hill. Dennis has 122 members; Mt. Evergreen, 166; Pleasant Grove, 81; and Whitehall 107, according to the finance agency.

“For us, (the debate about sexuality) was like a thing that kind of made us lose focus because I think the conference had become consumed with it and lost what the church is really supposed to be there for. … We felt like we needed to focus on getting out in our community and doing evangelism and missions instead of continuing the argument.” 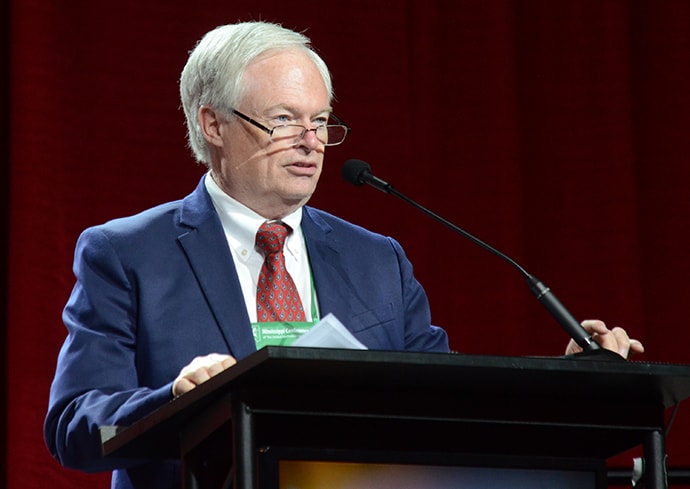 David Stotts speaks during the 2019 Mississippi Annual Conference meeting in Jackson. Stotts is treasurer and director of finance and administration for the conference. Photo courtesy of Greg Campbell Photography Inc.
At the 2019 General Conference in St. Louis in February, delegates voted for the Traditional Plan, which maintains the denomination’s bans on gay marriage and the ordination of “self-avowed practicing homosexuals.” It also strengthened enforcement measures for the bans, starting Jan. 1, 2020. Delegates rejected the One Church Plan, which would have allowed local churches and conferences to set their own policies on the role of LGBTQ people in the life of the church.

Since then, at least eight annual conferences have commissioned, ordained or licensed gay clergy in defiance of the bans. Those include Baltimore-Washington, California-Nevada, Desert Southwest, Michigan, New York, Northern Illinois, Mountain Sky and Oregon-Idaho. North Texas also ordained an openly gay pastor, but she is single and so her ordination does not violate the Book of Discipline ban.

“We just don’t think it’s a debate because the Bible’s already stated what it says,” said Hodum, referring to passages in the Bible that object to same-sex activity.

The Mississippi Conference had 972 churches as of Jan. 1, 2018. The seven churches disaffiliating are not the first to begin the process of leaving. The following churches are in various stages of seeking to disaffiliate from The United Methodist Church:

“While we grieve the loss of these churches, we have been busy planning and planting new congregations and revitalizing existing congregations,” Swanson said. “It is our belief that we can grieve and build toward a greater future.”

Reconciliation with departing United Methodist churches is unlikely at this point, Swanson said.

“Reconciliation for those who have chosen to depart would be for our general church to hear their voices as legitimate voices that need to be listened to around the tables where decisions are made,” he said.

“They don’t believe that will happen so they left.”