Many United Methodists look forward to having five more bishops in Africa starting in 2021, and church members are buzzing about which countries they might serve.

“Bearing in mind the huge geographical spread of the continent, and the hazards of communication and travel, there is unarguably a very strong need for more episcopal areas across the vast continent,” said Sierra Leone’s Bishop John K. Yambasu, president of the African College of Bishops.

But determining where best to add the new bishops remains a work in progress. Church leaders have made no decisions or formal recommendations.

An important step will take place Aug. 30 to Sept. 1 in Freetown, Sierra Leone, with the second of two consultations on where to place the new bishops. 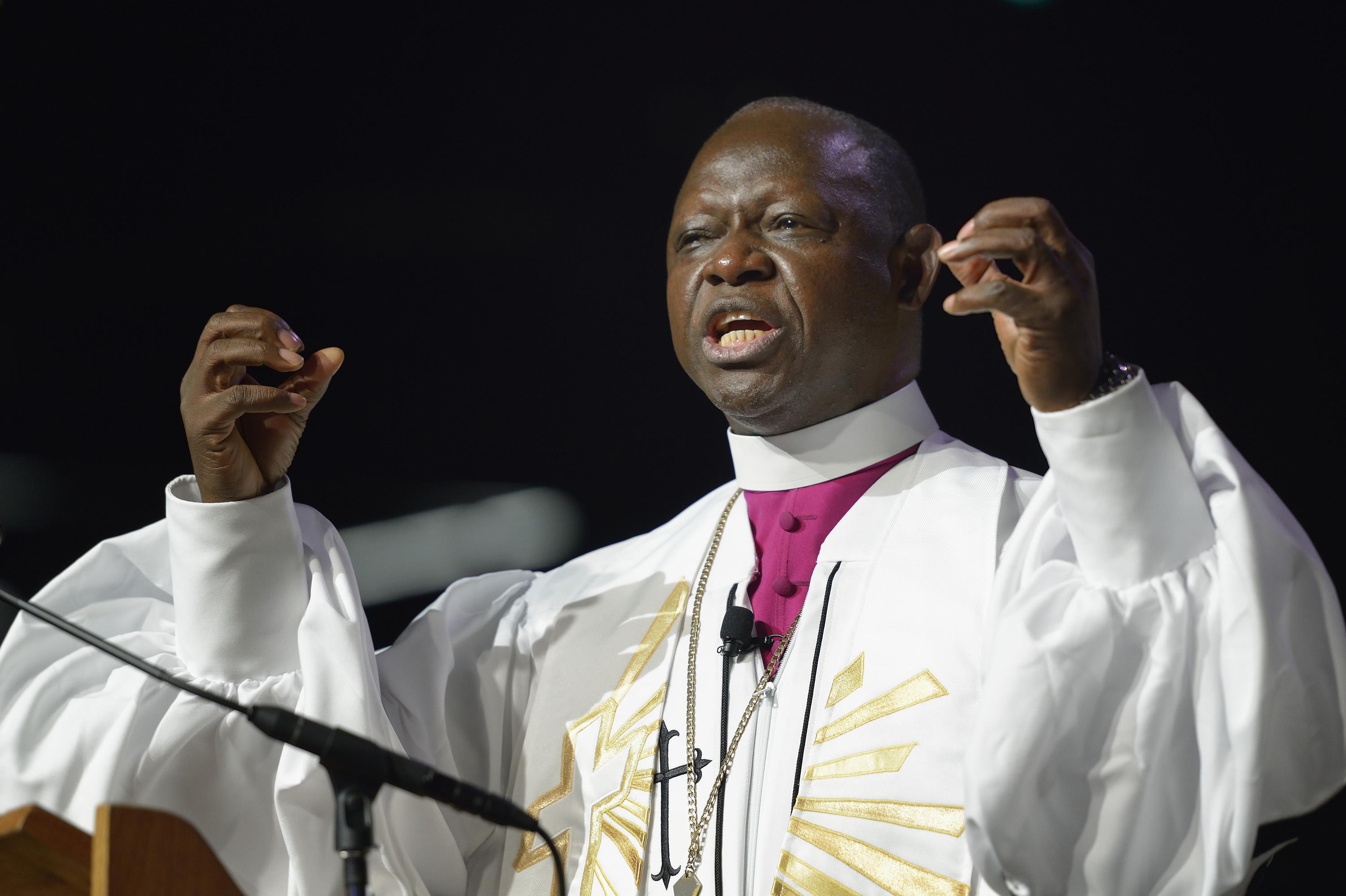 The meeting will include a delegate from each African annual and provisional conference, all active African bishops and part of the Standing Committee on Central Conference Matters. The same leaders held a similar consultation last year in Harare, Zimbabwe.

“The table is spread very wide, so that the subcommittee can engage in listening and inquiry as it seeks to discern its way to a recommendation,” said Palmer, who also leads the West Ohio Conference.

The 2016 General Conference — the denomination’s top lawmaking body — approved legislation from the standing committee to increase the number of African bishops from 13 to 18.

The standing committee is a General Conference committee that continues to meet between legislative sessions.

The 2016 legislation calls on the standing committee to “implement a collaborative comprehensive plan on numbers and boundaries of central conferences and episcopal areas in Africa.”

After this month’s consultation, the subcommittee will draft recommendations to present to the full standing committee when it next meets in March in Manila, the Philippines.

The Africa College of Bishops already has recommended to the standing committee the creation of seven central conferences in Africa.

The standing committee will determine what recommendations to bring to the 2020 General Conference in Minneapolis.

Ultimately, it’s up to General Conference to decide the boundaries of central conferences and the number of bishops who serve them.

Each central conference — which meets at least once every four years — sets the boundaries of episcopal areas and where bishops are assigned within their borders.

About the standing committee

The Standing Committee on Central Conference Matters has 43 members. It is the only denomination-wide body in which people who live outside the United States are the majority.

What United Methodists broadly agree is that more bishops are needed to help shoulder supervisory and shepherding responsibilities in a part of the world where the denomination is seeing consistent growth.

At present, nearly 5.7 million United Methodists live outside the United States, and the vast majority live on the African continent.

Yambasu pointed out that the continent’s potential for church growth shows no sign of abating. The Pew Research Center projects that by 2050, nearly one in four of the world’s Christians will live in sub-Saharan Africa.

The Book of Discipline, the denomination’s policy book, dictates some of the data church leaders must consider in recommending new episcopal areas. The criteria includes:

Palmer said the subcommittee is also looking at the overall population in a given area, the number of people who don’t identify as Christian and the experiences of other denominations in the region.

“We are looking at numbers, of course,” he said. “But not just as the church as it exists now. This is not just about relieving an overload on a particular bishop or bishops. It’s also about where’s our greatest opportunity to reach more people for Jesus Christ.”

One challenge facing the denomination is that while the needs are great, resources are limited.

The board of the General Council on Finance and Administration, the denomination’s finance agency, has set a target of significantly reducing the budget that covers general church ministries, including the work of bishops.

“The General Conference has given us the potential to have five more episcopal areas. It could be that we could use eight, but we have a directive for five,” Palmer said. “So some decisions will have to be made.”

Yambasu said he hopes the subcommittee will heed the insights of African bishops who know the contextual realities on the continent.

The addition of new bishops is only a step in strengthening the church in Africa, Yambasu said.

“We must also be intentionally thinking of accompanying these bishops with the training of the key leadership (clergy and laity) in these episcopal areas if we are to ensure long-term sustainability,” he said.

Looking at where to put new African bishops

Denominational leaders outlined the criteria they are using in determining where to recommend new episcopal areas in Africa.
General Conference

Africa’s bishops also discussed how to maintain church unity amid divisions around how the church should minister with LGBTQ individuals.

Denominational leaders are working to determine what in the Book of Discipline really should apply throughout the multinational denomination.