The Rev. Jeremy Wicks has served as a police chaplain, a reserve police officer and a Black Lives Matter activist. He sees no contradiction in any of these roles.

“In my heart, I honestly believe and my experience tells me that everyone is working toward the same goal,” the Michigan pastor said. “We want communities to be safe. We want people to flourish.”

Wicks is among dozens of United Methodist clergy in the U.S. who have experience carrying a badge as police chaplains or as officers themselves. Many, like Wicks, are licensed local pastors.

These pastors provide pastoral care to people who confront crime and disaster, and who frequently interact with people on their worst days. They have prayed with police in distress and buried officers killed in the line of duty.

However, many chaplains and police also say reforms must happen for the safety of both officers and the communities they serve. These clergy want to help dismantle racism, and they see no conflict in declaring that both blue lives and Black lives matter. 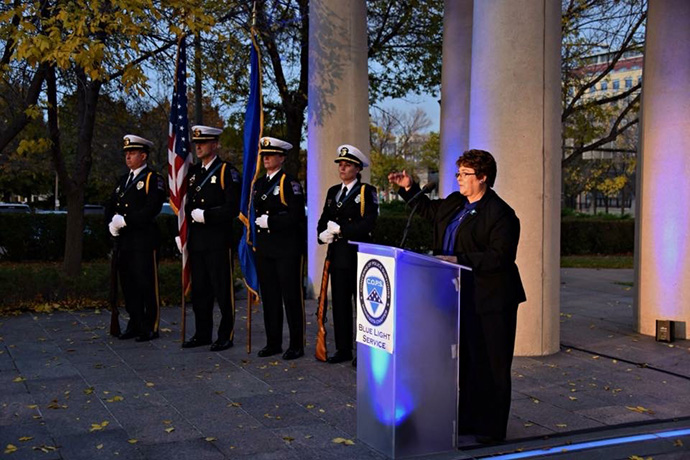 The Rev. Dawn Houser speaks during the Blue Light Vigil in support of families of law enforcement officers killed in the line of duty in St. Paul, Minn. Houser is a police chaplain as well as pastor of Aitkin United Methodist Church in Aitkin, Minn. Photo courtesy of the Rev. Dawn Houser.

The Rev. Dawn Houser, a police chaplain as well as pastor of the United Methodist church in Aitkin, Minnesota, puts it this way: Black Lives Matter “is not like pie where if you get some, then I get less.”

These pastors shared their advice at a time when tumult continues to rock much of the country following the deaths of George Floyd, Breonna Taylor and other African Americans by police hands.

United Methodist leaders in Oregon have condemned violence by some protesters and police in Portland, where strife has escalated in recent weeks after the arrival of federal agents. The leaders, including Bishop Elaine JW Stanovsky, urged that United Methodists not be distracted from anti-racism work.

Pastors who work closely with law enforcement echo that sentiment. These clergy with a badge deplore arson and destruction of property, but also defend the right to peaceful protest and urge city, state and national leaders to heed the cries for justice.

What needs to happen is “good trouble,” said the Rev. Jack Steiner, invoking the words of civil rights protester, the late Rep. John Lewis. Steiner is a former police officer and now pastor of two United Methodist churches in the Louisville, Kentucky, area.

“Jesus — the one whom we praise and love and want to go see at the end of our lives — calls for us to be one people,” Steiner said. “There is no other way we can be.” 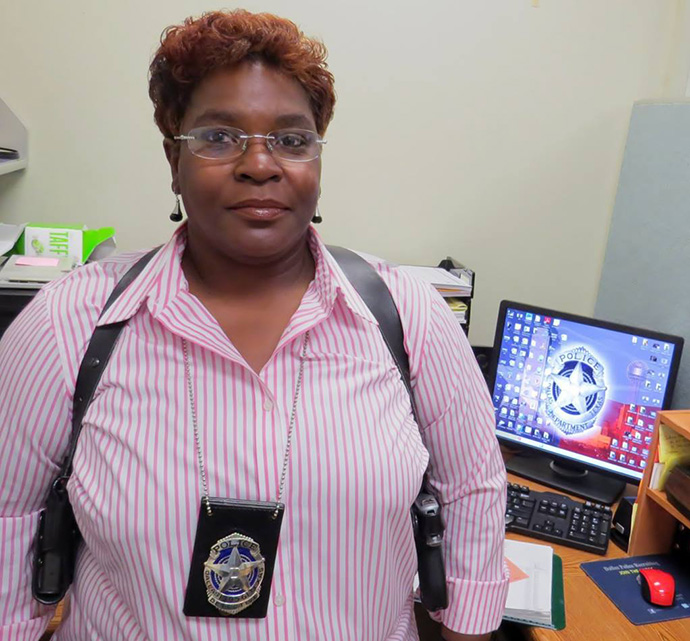 The Rev. Doris Smith is a detective with 31 years of experience on the Dallas police force and pastor of Mt. Zion United Methodist Church in Paris, Texas. 2016 file Photo by Sam Hodges, UM News.

Wicks now leads Mosaic Church, a new United Methodist congregation he planted in Traverse City, Michigan. Before that, he was a police chaplain and reserve officer for years in Williamston, a town about a three-hour drive to the south.

“Everyone knows we have systemic racism we have to overcome in this country, and the conversation has gone on too long,” he said. “So we have to move from platitudes to action.”

The vast majority of police go into the profession with the aim of helping people. But in a country with a heavily armed public, policing in the U.S. is deadlier than in most of the world.

Police nationwide shoot and kill around 1,000 people each year, according to The Washington Post, which maintains a database of fatal shootings by on-duty officers. A disproportionate number of those killed are African American, Hispanic or Native American.

There’s no question police routinely put themselves in harm’s way. Houser, who grew up in a law enforcement family, said the crackle of Velcro fastening as someone puts on a uniform can still strike fear “because you know they are in danger every time they go out.”

The FBI reported that last year 89 U.S. law enforcement officers lost their lives on the job, either by criminal acts or by accidents such as car crashes. That’s only part of the story.

Far more police officers in the U.S. die of suicide each year than in the line of duty. B.L.U.E. Help, a nonprofit that tracks such deaths, reported that at least 228 officers died by suicide in 2019.

A big problem is police are required to do too much, said Houser and other United Methodists who work with law enforcement.

In her rural county in north central Minnesota, she said police had to respond to 24 attempted suicides last year. There are no mental health professionals available.

Law enforcement dread mental health calls. Often, it’s not clear what threat a person poses to themselves or others — and it’s even less clear how to de-escalate the situation.

The call to “Defund the Police” is scary, said Wicks, the organizer and former reserve officer in Michigan. But he said the Black Lives Matters activists he knows don’t want to abolish the police, but rather reallocate resources to such areas as mental health to ease police burdens.

The Dallas Police Department embarked on a reform last year that a number of United Methodists hope will help.

Under a pilot project, the department now dispatches a police officer, a paramedic and a social worker on mental-health calls. The social workers help the department triage calls and determine whether a person poses a danger or simply needs basic help.

The Rev. Doris Smith is a detective with 31 years of experience on the Dallas police force, and she says the “Right Care” program shows promise. The Dallas Observer reports the program already has reduced psych-ward visits.

"Our training focuses on addressing individuals facing harm or potentially causing harm to others," Smith said. "It is our mission as trained officers to talk to individuals and attempt to meet them where they are at. That is our expertise. As far as the Right Care program, I have only heard positive comments."

Smith, who is the newly appointed pastor of Mt. Zion United Methodist Church in Paris, Texas, lost friends on the force when four Dallas police officers and a transit officer were killed in a 2016 ambush.

She urges people to remember police just want to return home safely too. But Smith has been listening closely to what young protesters say about inequality in policing.

“People don’t trust the police,” she said. “To rebuild trust, we have to be willing to meet in the middle.”

Not every police force has the funding for a project like that in Dallas. 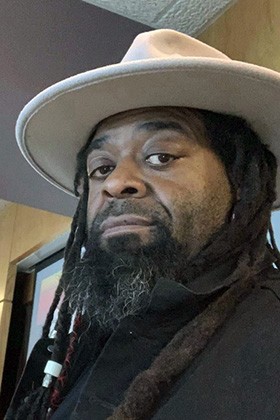 He suggests officers do an internship in the neighborhoods they serve so they can get to know the community leaders, nonprofits and other groups in the area before they ever go out on a call.

Overcoming that past, he said, requires reconciliation.

“For true reconciliation to happen in our communities, law enforcement has to apologize for acts in its history,” Moore said. “The community needs to forgive and then ask what they can do.”

All the United Methodists who spoke to UM News agree the church has a role to play in reconciling police and the larger community.

The Rev. Ash Harmon is both a constable’s deputy and pastor outside Dallas. In both roles, he said, he aims to serve as a shepherd.

“I’ve learned that the person in the back of squad car is someone’s son or daughter and one of God’s children,” he said. “I always preach that you’ll never look into the eyes of someone God doesn’t love.”

Hahn is a multimedia news reporter for United Methodist News. Contact her at (615) 742-5470 or [email protected]. Sam Hodges, a reporter in Dallas, contributed to the story. To read more United Methodist news, subscribe to the free Daily or Weekly Digests.

A native of Puerto Rico, the Rev. Giovanni Arroyo knows firsthand what it’s like to be a minority in America, and that experience informs the way he pursues his mission as The United Methodist Church’s point person on inclusion.
Social Concerns

Asian Americans often confront implicit bias in questions like “Where are you really from?” Susan Sungsil Kim has crafted responses to such questions that stand up for her rights while also providing an educational opportunity to those who ask.
Mission and Ministry