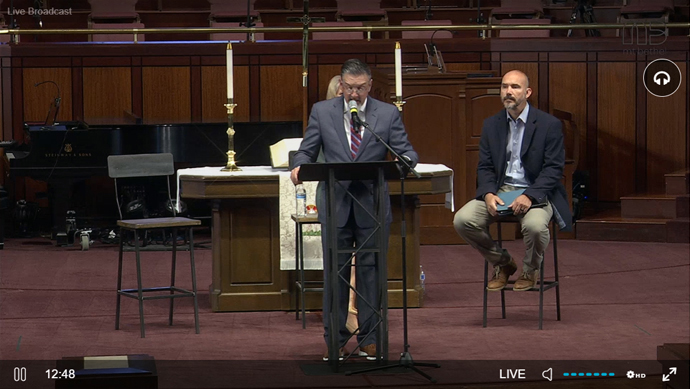 The largest congregation in the North Georgia Conference announced April 26 that its senior pastor is surrendering his credentials and it plans to leave The United Methodist Church.

Mt. Bethel United Methodist Church in Marietta, Georgia, made the announcement following a weeklong public protest over its pastor’s transfer away from the congregation.

What exactly happened is a matter of dispute.

Mt. Bethel leaders — including Jody Ray, its pastor — say the conference did not follow the normal consultative process for new appointments.

Bishop Sue Haupert-Johnson, who leads the North Georgia Conference, said the church never gave the conference a chance to follow that process.

The United Methodist Church operates on a system of itinerancy — meaning clergy go where they are appointed. The tradition goes back to Methodism’s founder, John Wesley.

In their ordination services, United Methodist elders pledge “to go wherever you are sent, to serve however you are called, to exercise your ministry within and on behalf of the whole Church, to love all among whom you are placed, and to love God above all.”

Every year, bishops and their cabinets make appointments, trying to match the gifts and graces of a pastor with a church or ministry. The district superintendents who serve on the cabinet also get input from a congregation’s staff-parish committee in the appointive process. Church policy dictates that the needs and desires of the pastor and the congregation be considered, but the mission of the church ultimately should come first.

In the U.S., the appointment season is usually in the early part of the year with new appointments not taking effect until summer.

Ray said in the press conference that he was told April 5 he was appointed to a still-evolving conference position dealing with racial reconciliation.

Bishops across the denomination have been creating similar positions in their conferences as part of the denomination-wide initiative to dismantle racism. Combatting racism is also a missional priority of the North Georgia Conference.

“Many people know my heart for this very important issue and timely matter,” Ray said during the press conference. “So had the bishop come to me last December or earlier this year to engage me in productive conversation about this emerging position, invited me to help shape it and then given me some time to pray about it, then we would likely be in a very different place today. But instead, there was no conversation or consultation at all.”

In an April 26 pastoral letter to the North Georgia Conference, Haupert-Johnson gave this account of what happened.

“When the district superintendent called the pastor to discuss the projected appointment, he replied, ‘Let me stop you right there. I’m not interested. I’m staying at Mt. Bethel. I’m not going, I do not accept this appointment,’” Haupert-Johnson wrote. “He then hung up on the superintendent, giving no opportunity to discuss that appointment or any possible alternatives.”

When conference leaders met with congregational leaders to consult about the appointment, Haupert-Johnson wrote, there was no meaningful conversation.

Church leaders “instead threatened that $3-4 million would walk out of the church if they were not allowed to deviate from the appointive process and keep their pastor,” she wrote.

Matters came to a head on April 18 when, during worship, Ray announced to his congregation that he was declining his new appointment.

Congregation members subsequently organized a petition against moving their pastor, which drew the signatures of nearly 4,700 people.

During the April 26 press conference, Rustin Parsons, Mt. Bethel’s co-lay leader, said the congregation has hired Ray as its lead preacher. “We look forward to his continued service to our congregation and community,” he said.

What is not in dispute is that Mt. Bethel’s announcement comes at a time of strain within The United Methodist Church.

The coming General Conference, the denomination’s top legislative assembly, faces multiple proposals to divide the denomination after decades of debate over how accepting to be of homosexuality. 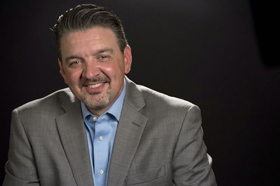 Mt. Bethel is not a bystander in the debate. The multi-campus church is part of the traditionalist advocacy group the Wesleyan Covenant Association and hosted its global gathering in 2018. The Wesleyan Covenant Association is overseeing the formation of the Global Methodist Church, a new traditionalist denomination that plans to break away from The United Methodist Church.

In his April 18 sermon declining the new appointment, Ray alluded to the theological debate.

“I want you also to remember this day,” he said, while specifically addressing his family during the announcement. “Your daddy did not bow the knee or kiss the ring of progressive theology.”

The COVID-19 pandemic has led General Conference to be postponed to 2022.

Mt. Bethel is among a number of churches disaffiliating. Still, withdrawing from The United Methodist Church takes more than a simple congregational vote.

For centuries, the denomination has maintained a trust clause, which states that churches hold property in trust for the entire denomination. To leave with property, churches have certain protocols they must follow, often involving settlements of millions of dollars, depending on the church’s size.

In both 2019 and 2020, Mt. Bethel paid less than 40% of apportionments — shares of giving that support ministries beyond the local church. That translates to less than $300,000 of the more than $700,000 apportioned in each of those two years. The Book of Discipline, the church law book, calls apportionments a local church's first benevolent responsibility.

“In all but one appointment change projected for 2021, clergy are well on their way to making a smooth transition,” Haupert-Johnson said in her pastoral letter, “and congregations are welcoming them with open hearts, open minds and open doors.”

Hahn is assistant news editor for UM News. Contact her at (615) 742-5470 or  [email protected]. To read more United Methodist news, subscribe to the free Daily or Weekly Digests.