The Wesleyan Covenant Association began working on a contingency plan for a Methodist movement within or outside of The United Methodist Church — a plan that depends on the decisions coming from the 2019 General Conference.

The group held its first global legislative assembly on Nov. 2 and passed four resolutions, including one that said adoption of the One Church Plan would be “untenable and would force us to leave.” The One Church Plan is one of several proposals that will be considered by the General Conference when it meets in February.

After the legislative gathering for delegates, more than 2,500 WCA members gathered for a celebration that included presentations from bishops, a medical doctor, pastors and theological professors.

The Nov. 3 gathering at Mt. Bethel United Methodist Church was simulcast at 105 sites hosted by the association, which represents 125,000 people in 1,500 churches.

At the legislative assembly, the Rev. Carolyn Moore preached to the delegates before voting started. She led the assembly in praying on their knees for God to provide a “fresh dose of faith,” a “supernatural ability to love,” and a spirit of perseverance in staying engaged in every conversation as long as God tells them to stay in it. 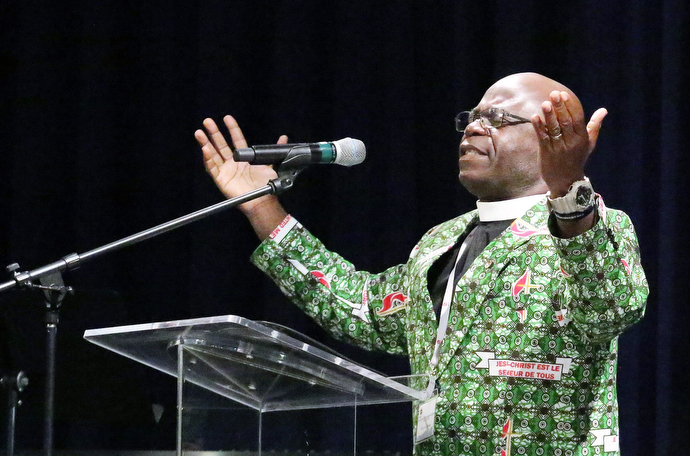 The delegates endorsed a modified Traditional Plan and voted on Empowering Preparations for Next Steps, doctrinal standards, features and principles of a new denomination, and a statement offering radical hospitality and genuine community to all persons.

Oltremari told United Methodist News Service the Mississippi delegation wanted to let people who are struggling with their sexual identity know that the church still wants them.

“Even though we do not affirm their lifestyle, we still want them to know they are welcome to worship with us,” he said.

The Rev. Jeff Greenway, WCA council chairman, read a statement by the council that said the adoption of the One Church Plan, with its “changing of the definition of marriage and the changing of ordination standards,” would force WCA members to leave The United Methodist Church. 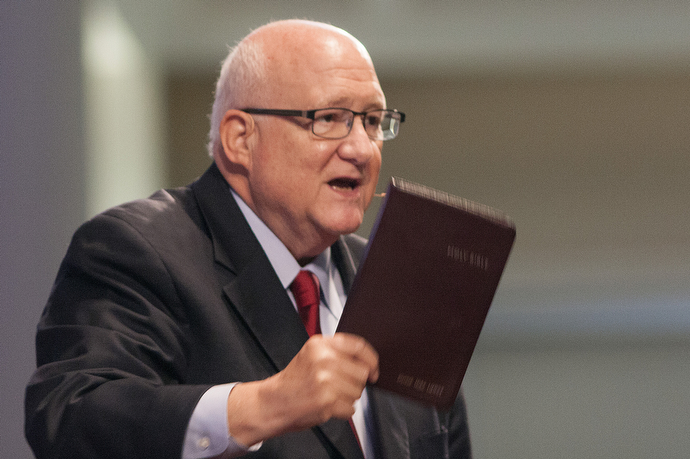 The One Church Plan would leave decisions to allow same-gender weddings up to churches and gay ordination up to annual conferences. It would also eliminate the statement from the United Methodist Book of Discipline that the practice of homosexuality “is incompatible with Christian teaching.” A majority of the United Methodist Council of Bishops recommend the One Church Plan.

The Wesleyan Covenant Association endorsed the Traditional Plan with modifications. The modified Traditional Plan would maintain the denomination’s current stands on homosexuality and marriage, while mandating stricter enforcement in the case of violations.

The denomination’s Judicial Council, meeting last month, ruled that several parts of the Traditional Plan violated the church’s constitution. However, the Rev. Keith Boyette, the association’s president, said the plan will be brought into conformity with Judicial Council Decision 1366. 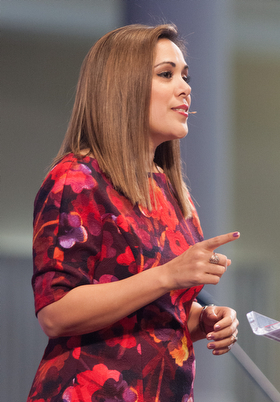 The association also supported a proposed gracious exit that would allow congregations and institutions wanting to leave the denomination to leave with all their property and assets following the adjournment of the Feb. 23-26 called General Conference.

Delegates voted to form a working group to prepare a plan for a new “revitalized Methodist movement within or, if necessary, outside the UM Church.” The group will meet monthly beginning in December and submit its proposals to the association by Feb. 20. The Wesleyan Covenant Association Council will decide whether to convene a special conference of the association to be held within 60 days of the adjournment of the 2019 General Conference.

“This is a grassroots movement. This is not something that’s happening from the top down,” he said.

At the general gathering, called “Unashamed” after 2 Timothy 1:8, speaker after speaker proclaimed, “I am not ashamed of Jesus Christ and the Bible.” They emphasized the need to be faithful to Scripture and to transform the culture rather than to accommodate it.

“Make no mistake, friends; make no mistake at all: The days of casual Christianity are over,” said Bishop J. Michael Lowry, who leads the Central Texas Conference.

The Rev. Madeline Carassco-Henners said the DNA of the Wesleyan movement encompassed the “charismatic nature of revival that even shocked Wesley.” Methodism’s founder, John Wesley, was a fervent defender of the faith, who preached in the fields and saw the power of the Holy Spirit fall and lives changed, she said. 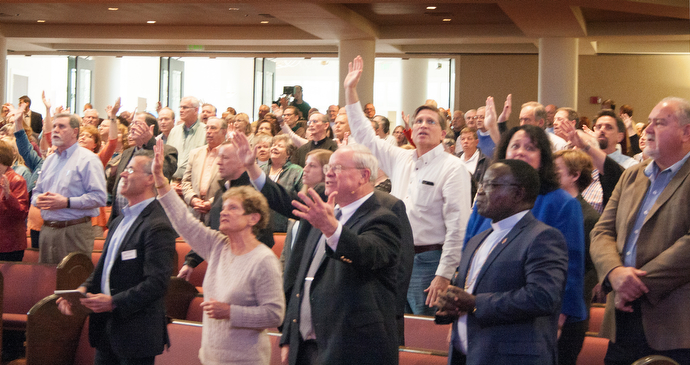 In the church today, she said clergy who don’t teach the basics of the Christian faith are not being held accountable, and she echoed other speakers who called for the denomination’s bishops to enforce accountability.

South Congo Area Bishop Kasap Owan, speaking in French with an English interpreter, brought resounding applause when he preached at the closing worship.

“Africa is the fruit of mission work,” he said. “Africa will not walk away from Christ. If you bring us another teaching on marriage, our churches will be empty. But if you are faithful to the word of God, the church will grow.

“Jesus was protected in Africa. Africa will remain the place to protect the Gospel.”

David Richards from the Memphis Conference, said the day was uplifting.

“It is uplifting to know there are still clergy and laity that stand for the truth of Christ and are not going to be compromised by what the world says. But in the same light they do it in a way that is graceful and loving and not judgmental.”

“If the One Church Plan is passed, it will not be possible to continue as a global church in Russia,” Khegay said. “They (the government) will use local media to attack The United Methodist Church as influenced by western ideas and thoughts. I hope we continue to do mission together.”

The Rev. Noko Kellum, Japanese American clergywoman from Florida, said her main concern was losing the biblical teachings of a marriage.

“I still trust in God, and my hope for the future comes from God,” said Kellum.

Manirakiza Godelieve, Burundi, said she was excited to be at the conference.

“We want to keep The United Methodist Church united; we want to stick with Wesleyan doctrine and stay with the faith. It was a good opportunity to see and hear people talk about their beliefs. We have hope the church will remain united and stick with the good news of the gospel.”

Also on the table is a plan to dissolve the denomination. Either plan encourages a parting of ways over differences around homosexuality.
Judicial Council