More than 20 of the regional gatherings rejected the Traditional Plan approved by the 2019 General Conference and voted to remove the phrase “homosexuality is incompatible with Christian teaching” from the denomination’s lawbook. The United Methodist Church has 54 U.S. regional conferences that meet in May and June.

Other conferences had passionate discussions about the future of The United Methodist Church but stood by the action of the 2019 General Conference.

The Book of Discipline, the United Methodist policy book, says that the practice of homosexuality “is incompatible with Christian teaching,” and bars “self-avowed practicing homosexuals” from ordination. Despite passage of legislation during General Conference 2019 that retains church bans on ordaining gay clergy or same-sex marriages and strengthened enforcement measures for violating those bans, resistance has been strong.

The Greater New Jersey Conference has a 35-member team working on a way “to help congregations thrive in different expressions of an emerging era of Methodism.”

Action steps by the Greater New Jersey Way Forward Team include launching 75 congregations in one of three pilot programs:

Eastern Pennsylvania declared by a narrow margin to be a One Church Plan Conference “in spirit.” During the heated debate, Bishop Peggy Johnson was challenged for letting the resolution proceed despite its disagreement with church law. She called the measure “aspirational” and thus admissible according to a recent United Methodist Church Judicial Council ruling. Conference members voted to appeal her decision to the Judicial Council. 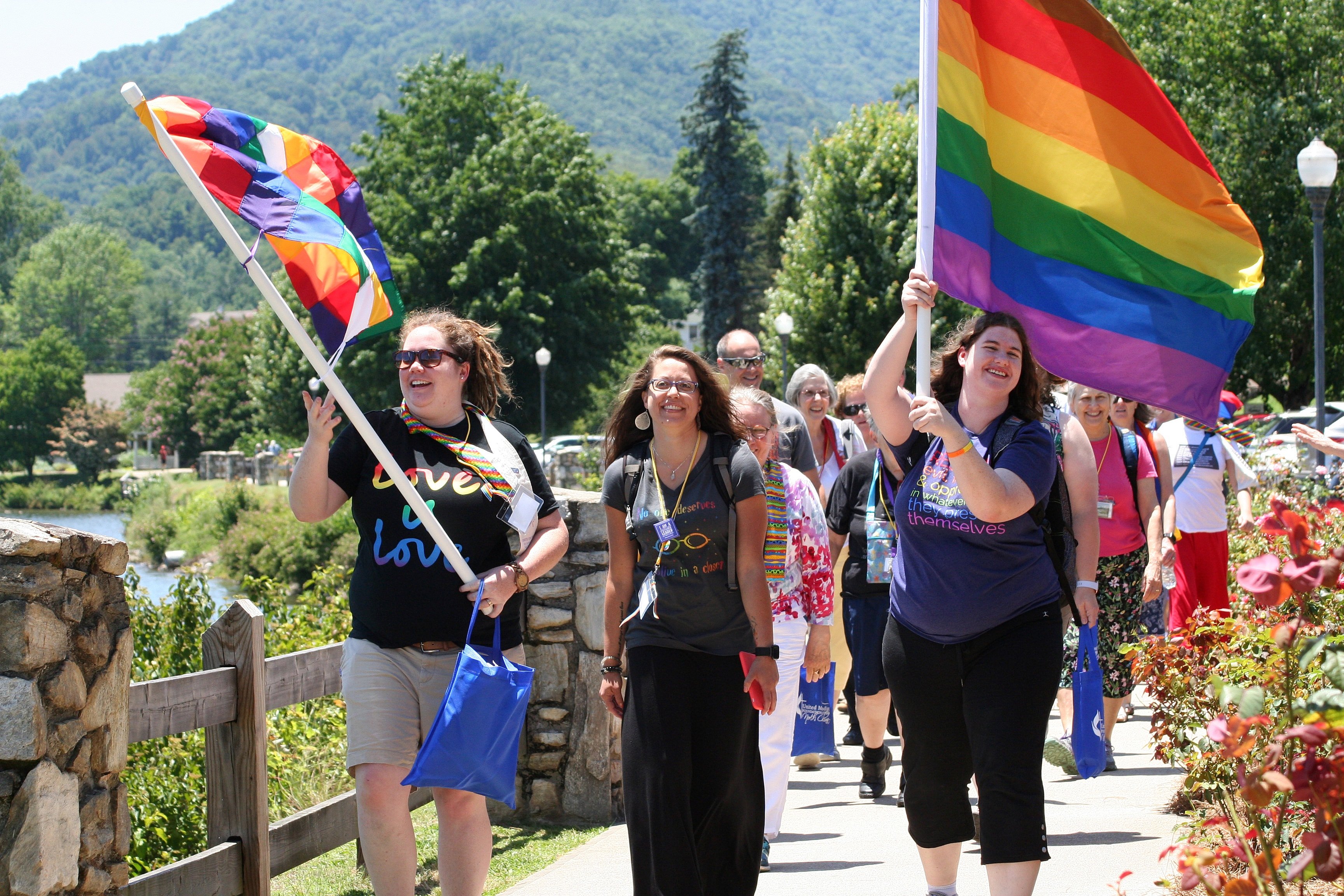 The North Carolina conference approved a task force to study pastoral care for LGBTQ people. The Rev. Laurie Hays Coffman proposed the task force citing rising gay teen suicide rates, increasing murder rate for transgender people and many requests from clergy and lay people asking for guidance on how to care for LGBTQ people. The task force will meet over the next year and report back to the 2020 North Carolina Conference.

The Michigan Conference supported the creation of a central conference in North America. Pacific Northwest also called for the formation of the United States as a central conference. Central conferences, the regional church bodies in Africa, Europe and the Philippines, can adapt parts of The Book of Discipline, the church’s lawbook, for their specific missional context.

Minnesota delegates voted to adopt a vision that commits to the full inclusion of LGBTQ people.

Alaska, Great Plains, Central Texas and Western North Carolina affirmed the four commitments that came from the UMC Next meeting held at United Methodist Church of the Resurrection May 20-22.

One resolution came before the Missouri Conference to provide $30,000 from which congregations can submit grant applications to assist ministries for the LGBTQ community or to lift up persons from that community into missional leadership. According to the Book of Discipline, the church is still called to be in ministry to the LGBTQ community. Funds from the Missouri resolution would go toward fulfilling that mandate.

Alaska, one of the denomination’s missionary conferences, discussed the next expression of Alaska Methodism. Two alternatives were presented — become a mission district of another conference or withdraw from the denomination.

Four of the seven conferences in the Western Jurisdiction — Oregon-Idaho, California-Pacific, Desert Southwest and California-Nevada — voted to petition the jurisdiction’s College of Bishops to convene a special conference to consider separating from the denomination.

Meeting after the close of the California-Nevada conference, Bishop Minerva Carcaño and her cabinet met and released a statement that said, in part, that disaffiliation “would not fulfill the promise of the Wesleyan spirit and Methodist ethos, or the calling to leadership as a jurisdiction.”

Conferences calling for removal of incompatibility language from the Book of Discipline:

Among the conferences that stood by the action of the 2019 General Conference was Holston.

The Holston Conference approved a ‘commitment’ resolution that fell short of disagreeing with the Traditional Plan. It resolved to “join hands as one, united through our prayers, our gifts, our service and our witness as we work together toward God’s hope for the people of Holston and grieve for the harm caused to the body of Christ and its witness in the world.”

Indiana left in the language “homosexuality is incompatible with Christian teaching” but added language calling for strict global enforcement of laws prohibiting the sexual exploitation of children and for adequate protection, guidance and counseling for abused children. Another amendment to the petition added, “The Church should support the family in providing age-appropriate education regarding sexuality to children, youth and adults.”

Story based on conference reports

A petition to remove the current qualifications for ordination failed to pass the Indiana Conference.

In East Ohio, two resolutions to realign the church to allow both traditional and progressive understandings of LGBTQ clergy and same-gender weddings and to adopt the four tenets developed by UMC Next were defeated.

The Kentucky Conference concluded with an “emotional and sometimes painful” debate over whether to remove the incompatibility language, said Alan Wild, ministry assistant to the director of new church development for the conference. The effort was voted down 458-283.

The Rev. George Strunk one of the sponsors of the resolution, struggled with composure during the debate, his voice breaking at times.

“Being Methodist has never felt so difficult as it does today,” Strunk said.

The Rev. Bill Arnold, one of those who spoke against the measures, said that approving the petition would be “a major break with Christian tradition.” The church must not become a window into the larger culture, he said.

At one point, Bishop Leonard Fairley admonished the delegates not to clap. “No applause. We are going to do this in the spirit of Christ. This is not about winners and losers.”

Gilbert is a news writer for United Methodist News Service. Contact her at (615) 742-5470 or [email protected]. Information for this report came from conference communicators’ reports to UM News. To read more United Methodist news, subscribe to the free Daily or Weekly Digests