More than 600 U.S. United Methodists spent three days grappling with possible options for forging what they hope will be a more just and inclusive church future.

What united those at UMCNext, which met May 20-22 behind closed doors, was their opposition to the Traditional Plan.

That legislation, which the special 2019 General Conference approved by a vote of 438-384, retains the church stance that the practice of homosexuality is “incompatible with Christian teaching” and strengthens enforcement of church bans on same-sex weddings and “self-avowed practicing” gay clergy.

The increased enforcement takes effect Jan. 1 in the U.S. But another General Conference, the denomination’s top lawmaking assembly, is also just around the corner, in May 2020.

“We gathered here because the decision that happened at the special General Conference is not acceptable,” said Karen G. Prudente of the New York Conference in a press conference after the event. She is on the event’s 17-member convening team. “We came here to discern a better way forward for The United Methodist Church.” 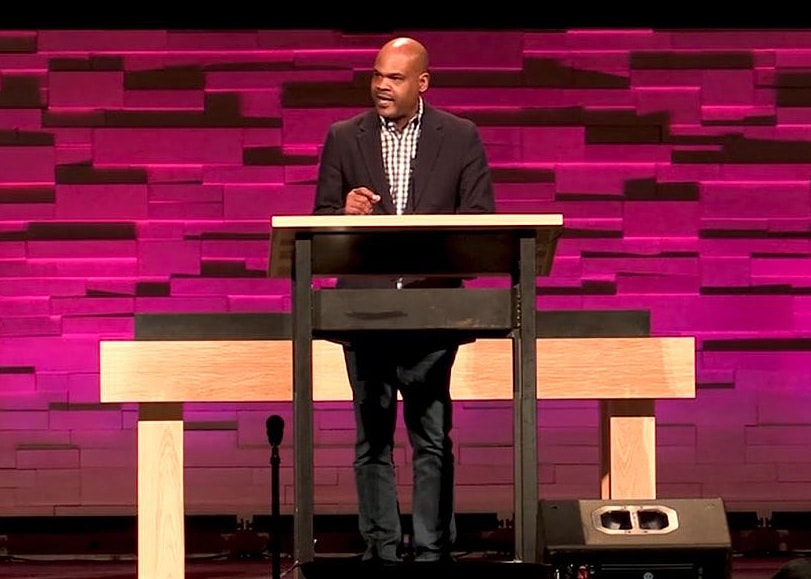 Video image courtesy of UMCNext
The Great Plains Conference provided a video of the UMCNext press conference, held after the event concluded. More than 600 U.S. United Methodists spent three days grappling with possible options for the future of the church.
Watch video

Those gathered identified two possible approaches toward a new Methodism, said the Rev. DJ del Rosario of the Pacific Northwest Conference. These include continued resistance to the Traditional Plan with the goal of reforming the church from within, as well as some form of negotiated separation to create something new.

Those gathered did not reach a consensus on a single direction. For now, those in attendance are working on a both-and-approach. And working groups will be developing plans for the next General Conference to consider.

“There are churches who feel every urgency that they are going to leave now,” said the Rev. Adam Hamilton, one of the event’s conveners. “There are also churches that say we couldn’t leave even if we wanted to… So we’re ultimately going to have several pathways forward.”

Hamilton is the lead pastor of United Methodist Church of the Resurrection, the event host and the denomination’s most-attended U.S. church with nearly 7,000 in worship on average each week.

He and others at the press conference were also clear that resistance could mean violating the restrictions in the Book of Discipline, the denomination’s policy book, and risking their ministry. Resistance, conveners said, also could take less dramatic forms such as making sure their communities know all are welcome.

“The term resistance is grounded in our baptismal vows,” said the Rev. Junius Dotson, an event convener and the top executive of Discipleship Ministries. “We promise to resist evil, injustice and oppression in whatever forms they present themselves. So there are many forms of resistance, and people have to decide how they will participate.”

The UMCNext gathering drew together at least 10 representatives from each of the denomination’s 54 U.S. conferences — many of whom applied to go. Hamilton said the event had 2,000 more people apply to attend than could fit in the room. 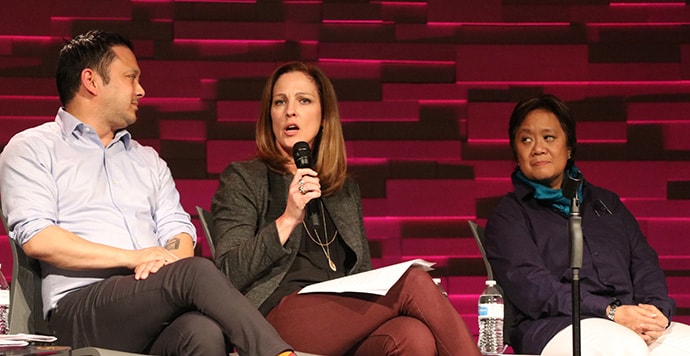 Ahead of the gathering, Hamilton said that it was closed to the press because of concern “that the dialogue might be less frank, open and honest” otherwise.

But during the event, a number of participants as well as event critics took to Twitter and Facebook to air their thoughts and complaints — offering only snippets about what was happening.

The Rev. Ginger Gaines-Cirelli, senior pastor of Foundry United Methodist Church in Washington, said during the press conference that those gathered agreed to four commitments.

And indeed multiple participants at the event’s conclusion expressed hope for the church’s future.

No general church or annual conference dollars went to funding UMCNext, the Rev. Adam Hamilton said. People paid their own way to attend and United Methodist Church of the Resurrection also covered the costs of hosting duties.

Our Movement Forward received support from sponsors. Some of the event sponsors did not contribute funds but staff labor. With help from sponsors and individual donors, organizers also provided scholarships to people who could not attend otherwise.

“It is encouraging to see centrists and progressives looking at some way forward for the United Methodist movement that looks a whole lot different than what we saw at General Conference,” said the Rev. Clayton Oliphint, senior pastor of First United Methodist Church in Richardson, Texas.

“I think this is a wilderness time for us,” he said. “But I think God is leading us to something better.”

The Rev. Rebekah Miles, a veteran General Conference delegate from the Arkansas Conference, agreed that much work lies ahead. But like Oliphint, she is optimistic the church is heading toward a better place.

“Leaving this event, I am much more hopeful than I was when I left General Conference,” said Miles, who is also a professor at Southern Methodist University’s Perkins School of Theology in Dallas.

The UMCNext event came on the heels of another gathering where the church’s future was on the agenda. The Our Movement Forward summit, on May 17-18 at Lake Harriet United Methodist Church, also brought together United Methodists who advocate for full inclusion of LGBTQ Christians.

The summit, which was open to any who wanted to attend, aimed to center on the liberation of the marginalized, namely people of color and queer and transgender individuals. The event also had similar options on the table, including both resistance and the formation of a whole new expression of Methodism.

“I hope we can share some common values to widen the circle of this liberation movement,” he said.

The Rev. Tyler Sit, the openly gay founding pastor of New City Church in Minneapolis, was a co-convener of Our Movement Forward and a participant at UMCNext.

He likened what’s happened at the 2019 special General Conference to a giant, old tree that has fallen in a forest, leading to new saplings starting to grow and reach for the light.

“I think it would be an improper move to try to commandeer or consolidate efforts too soon,” he said. “We are at a place right now where we need a breadth of efforts because we don’t know what’s going to work.”

T.C. Morrow was unable to attend Our Movement Forward due to a prior commitment but was an eager participant at UMCNext.

She has faced a rocky candidacy for deacon’s orders in the Baltimore-Washington Conference because she is married to another woman. She will be presented as a candidate again on May 29 at her conference’s clergy session. Whatever happens, she said she remains committed to doing ministry that fights injustice and oppression.

“We don't know what the future will bring for the people now called United Methodists, but there are more people than ever on the journey for the full inclusion of LGBTQ people,” she said.

“I am energized by this even as I know it is a messy, complicated time as we move forward into new ways of being the church together. We need as many people as possible to resist, risking their comfort and privilege, and join this fight for LGBTQ inclusion.”

Hahn is a multimedia news reporter for UM News. Sam Hodges, a UM News reporter based in Dallas, contributed to the story. Contact them at (615) 742-5470 or [email protected]. To read more United Methodist news, subscribe to the free Daily or Weekly Digests.

United Methodist centrists and progressives have made common cause in working for the inclusion of LGBTQ people in church life, but a veteran General Conference delegate thinks the coalition could be short-lived.
Judicial Council