Adaption and change are the lifeblood of the United Methodist Board of Higher Education and Ministry, and the time has come for its leader to make a change of her own.

“I’m at peace,” said the Rev. Kim Cape, whose last day will be June 1, although she’s staying on as a consultant for a couple of months. “I’m 67 years old. I don’t have another four years in me. It’s just the natural rhythm of things that we would make this transition.”

Program agency executives in the church are elected to four-year terms.

Cape has led the higher education and ministry agency for eight years and has served the church for a total of 43 years, including 16 as a United Methodist minister in her native Texas.

“We give thanks for the leadership and spirit of Dr. Kim Cape,” said Bishop William T. McAlilly, president of the agency’s board, and leader of the Nashville Episcopal Area of The United Methodist Church.

He praised her vision for global theological education, which he said had led the higher education and ministry agency “to create partners across the church which will strengthen the Wesleyan witness in the world.”

The bishop added that Cape had positioned the higher education and ministry agency to be “the lead agency in the UMC that focuses on leadership and innovation.”

Cape said the agency is perhaps the most complex in the church. 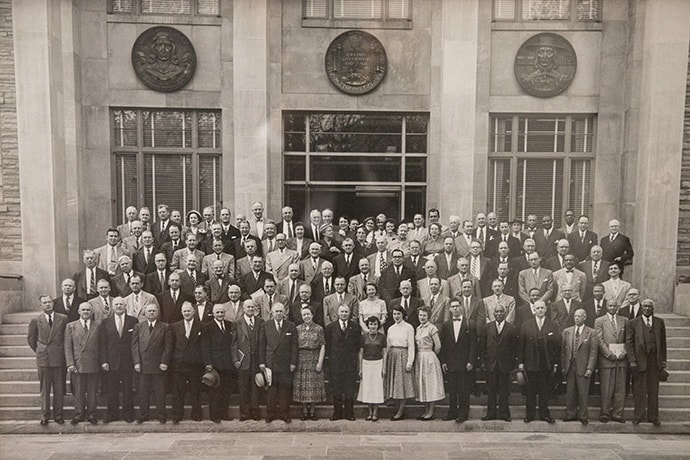 Photo of the original board of the United Methodist Board of Higher Education and Ministry from 1953 shows early diversity and hangs outside the office of the Rev. Kim Cape who served on the board before her post as leader of the agency. Copy photo by Kathleen Barry, UM News.

“We’re working with our schools, colleges, universities and theological institutions around the world to nurture the Wesleyan theological base and heritage,” Cape said.

The agency’s mission is leadership — how to nurture it, sustain it and pass it on to the next generation.

In collaboration with Rick DeShon, professor of psychology at Michigan State University and president of organizational psychology firm Coetic, the higher education and ministry agency has spent a decade developing Effective Ministry 360, a tool for clergy effectiveness and assessment that will guide United Methodist pastors from candidacy to retirement in eight-year increments.

“I've learned a great deal about the essence of leadership working with Kim and watching her navigate very challenging times…, ” DeShon said. “When I first met Kim in 2012 or 2013, the word ‘fierce’ — in the sense of showing a heartfelt and powerful intensity — immediately jumped to mind and it has remained true for me ever since. As an outsider, I've been privileged to experience Kim's leadership across a wide variety of contexts, events and people. Across these experiences she's been flexible in presentation and tone but fiercely consistent in her message.”

The Effective Ministry 360 tool was launched in September 2018.

“It lists the behaviors of an effective pastor,” Cape said. “And then you self-assess yourself and you can have a conversation with your Pastor-Parish Staff Committee — ‘OK, you’re doing great in these things, you’ve got the natural gift for this. Here’s where you need work, and here’s where we can help you’ — and then you have a covenant on how to improve together, both lay and clergy.”

Similar assessment tools are being developed for provosts and presidents of higher education institutions. It’s called the Leadership Pipeline and is scheduled to roll out next year. 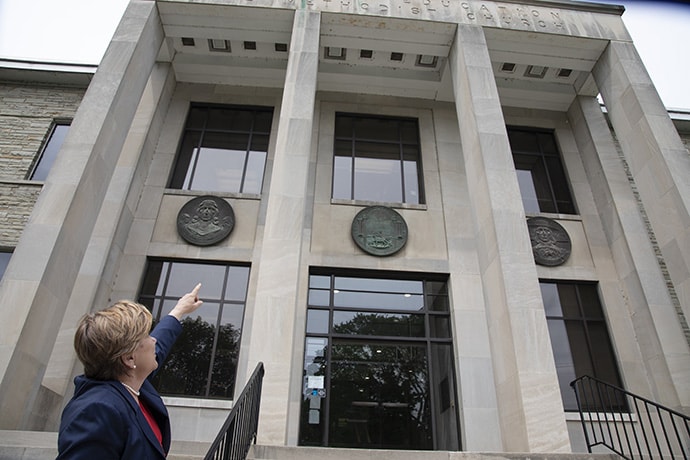 “I was so impressed they would hire someone who’s not a United Methodist for their youth that I joined the Methodist Church, much to my mother’s dismay,” Cape said.

“It was evangelism by employment.”

A music major as an undergraduate at The University of Texas-Pan American, Cape set her sights on a United Methodist job in music ministry. She studied at Southern Methodist University's Perkins School of Theology and graduated in 1979.

“I found out there that I could preach, and then served local churches in Texas for 16 years,” she said.

Cape moved from positions as a music director, associate pastor and senior pastor before becoming a district superintendent.

“The most favorite job of my career has usually been the one I’m doing,” Cape said. “I loved being a pastor. I loved standing with people in life and death and weddings and funerals, being with people in those holy moments.”

Cape did development work for the Texas Methodist Foundation for seven years, then worked on new church development, still in Texas. Moving to Nashville, she worked in development at The Upper Room.

When the job of top executive of the higher education and ministry agency came open, Cape said she was serving on the agency’s board of directors. She loved the work, so she applied for the job.

Cape’s only firm plans for retirement so far are to finish up some United Methodist projects and do some Gulf of Mexico fishing at the home she maintains on the Texas coastline. She once pulled in a 50-pound redfish there, she said.

“I’m going to try and follow some retired friends’ advice to not make any big decisions immediately, kind of let things settle,” she said.

Though she has no doubt that her time at the higher education and ministry agency has been fruitful, she’s also sure of the value of someone else coming in to take a fresh look at what’s being done, and how it might be done even better.

But if the work is done right, The United Methodist Church will continue to offer an enriched life for those who wish to do God’s work.

“If you want to dig wells in Africa, we do that,” Cape said. “If you want to teach in an urban-challenged neighborhood, we do that. We can help people connect their deepest longing with their call — the call of God in their life.

“And I think that’s what we’re supposed to do.”

Anonymous letters criticizing the appearance of its African associate pastor have led to self-reflection for a Virginia congregation and a “Do No Harm” campaign seeking changes in The United Methodist Church.
General Church

The first woman elected to the United Methodist episcopacy in Africa talks about the challenges that families, churches and communities are facing in Mozambique.
Social Concerns

Women of color continue to encounter obstacles in ministry, but their experiences can also inspire all Christians to be more like Jesus.