The late Bishop John K. Yambasu received the World Methodist Council’s top peace award for his work as a bridge builder in his home country and across the United Methodist connection.

His wife, Millicent, accepted the award on his behalf on March 4 during the 142nd session of the Sierra Leone Annual Conference.

“This is for you, John, for your hard work and love for peace,” she said, as she lifted the award up above. “I dedicate this award to God almighty who gave you wisdom, strength, courage to do all you did.”

Bishop Yambasu died in a car accident in 2020.

While noting that his work “for the good of all” sometimes kept him away from his family, Millicent Yambasu said he was a good father, grandfather and husband.

“No matter what, you showed love to your family. I thank God for you. To all who journeyed along with him, and for all peace-loving people around the world, this is for you,” she said.

Archbishop Michael Kehinde Stephen of the Methodist Church in Nigeria recalled the numerous contributions Yambasu made in peacemaking as he quoted excerpts from the citations used for his nomination.

“(Bishop Yambasu) provided critical leadership during the 2014-2016 Ebola outbreak and the 2017 mudslide, both of which killed thousands of his fellow citizens. He was known for choosing to speak truth, even in difficult situations, while at the same time living peaceably with all people and was a role model to the United Methodists in Africa and across the connection,” Stephen said. 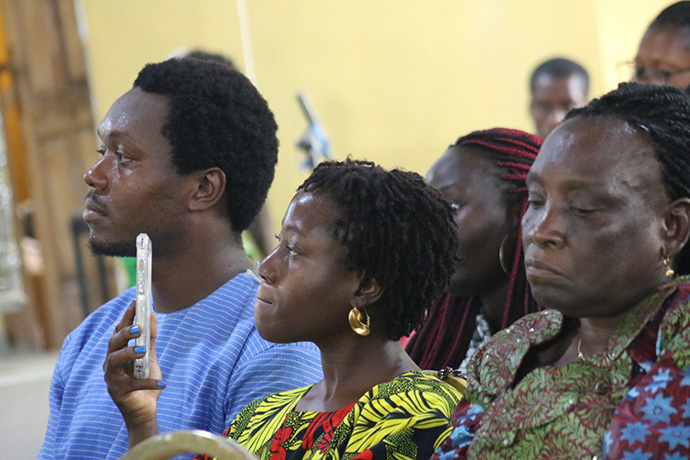 The World Methodist Peace Award is the highest honor of the council. The United Methodist Church is a member church of the World Methodist Council, which represents over 80 million members from  Methodist, Wesleyan and related Uniting and United Churches in 138 countries.

The criteria for nominations for the peace award are courage, creativity and consistency in one’s witness to peace, justice and reconciliation.

Yambasu, who served in a variety of leadership roles in Sierra Leone and The United Methodist Church, was instrumental in developing the Protocol of Reconciliation and Grace Through Separation, which addresses long-simmering disputes over LGBTQ inclusion in the denomination.

Stephen said Yambasu’s creativity involved finding ways to get out of poverty and raising up all without regard to color, creed or sexual orientation. He noted that the bishop showed welcome to all peoples, especially the vulnerable. 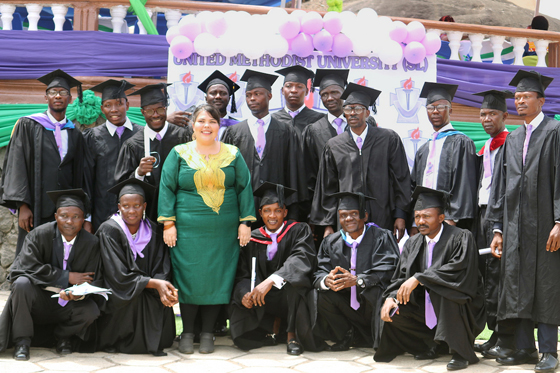 “He exemplified the best in Christian peacemaking,” he said.

Stephen said it would be difficult to enumerate the ministry centers beyond local churches that Yambasu initiated, revised and sustained during his tenure. The list would include hospitals, schools, a seminary, clinics and vocational centers. He developed mission partnerships with the United States and Europe.

He also led efforts to improve food security and strengthen farm communities across Africa. An agriculture initiative launched by the United Methodist Board of Global Ministries was renamed in his memory, and that effort recently celebrated the harvesting of its first crops.

The bishop sacrificed sleep, relaxation and time with those he loved to do God’s work, Stephen said, before presenting the award to Millicent Yambasu, along with an undisclosed cash award.

Richlain Quire, wife of Liberian Bishop Samuel Quire, also made a presentation to Mrs. Yambasu and family on behalf of the Quires, assuring her that they would always stand by her.

Receiving the award and gifts, Millicent Yambasu asked all to join her in singing “I’m Pressing on the Upward Way,” which she said was going to be the couple’s retirement song.

She said her husband knew he was going to rise higher and higher after retiring as bishop. “But as it is, ironically, he rose higher to eternal service,” she said.

For her, the ceremony was like a retirement service, she said, adding that God has been faithful.

“I thank God and I give God all the honor and the praise for giving me this privilege and opportunity and honor to receive this prestigious award of peace for my loving husband,” she said.