Donations can be made to UMCOR through the International Disaster Response and Recovery fund, Advance # 982450. Donations to this fund are used to respond to disaster situations worldwide.

The passage of Hurricane Eta through Honduras left devastation and despair among the Honduran population, endangering more than 1.8 million residents and leading to more than 70 deaths.

The rains and floods have affected several areas of the country, especially the northern area in San Pedro Sula, Yoro and Cortés. According to the local media, Eta damaged more than 100 health centers and affected the road infrastructure in Honduras, leaving 100 roads damaged and 21 bridges destroyed. This has caused several areas of the country to remain isolated when floods are still reported in areas such as the Sula Valley. 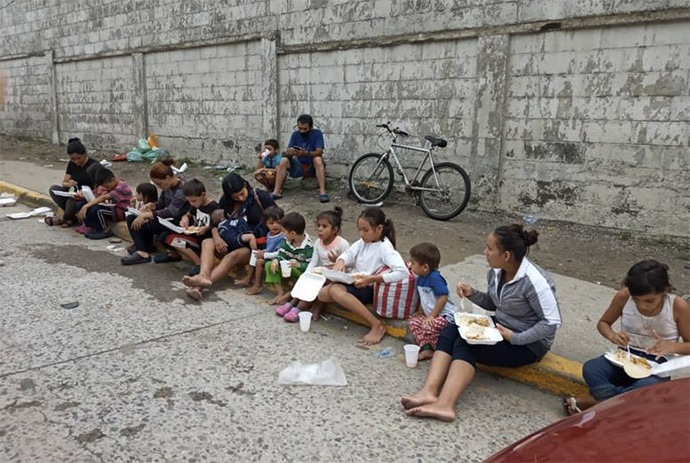 In Valle de Sula and Villanueva, Honduras, churches have sheltered families and provide food in collaboration with neighbors from the communities. Photo courtesy of the United Methodist Mission of Honduras.

Jiménez currently serves as program director for the United Methodist Mission in Honduras and is part of a team coordinating the emergency response and support to local congregations which have been serving several affected communities.

According to Jiménez, flooding and road conditions have made it difficult to access many affected areas.

“We hope to be able to bring much more effective aid than we have been able to provide until this moment. Several pastors have been helping their communities by distributing food, cooperating with the rescue of affected people, preparing and supporting safe shelters for affected people,” she said.

The current needs include food, personal hygiene items, cleaning supplies and personal protective equipment to prevent the spread of COVID-19, as well as clothing and construction materials to repair the houses that have been severely affected.

Due to the difficulty of maintaining social distancing and other preventive measures, the possibility of an uncontrolled increase in virus infections in the process of evacuation and rescue is part of the concern of the church leadership and the country's authorities. 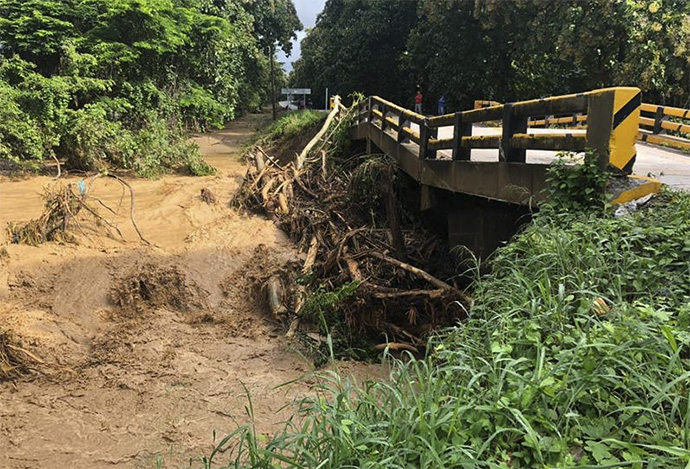 According to government authorities, Hurricane Eta severely affected Honduras' road infrastructure, leaving 21 bridges destroyed, like this one in Río Lindo, and more than 100 roads damaged. Photo courtesy of the United Methodist Mission of Honduras.

"The needs are great, but the people of the United Methodist Mission of Honduras are responding to the extent of the possibilities and the things that are within their reach," Jiménez said.

Several United Methodist churches have been helping displaced people, opening temporary shelters in churches and other spaces in the communities. Another opened its dining room to offer lunches.

Pastor Félix Medina, who leads Villanueva Iglesia Metodista Unida in the town of Cortés, describes the situation as catastrophic.

“People have lost everything. Many remained for days on the roofs of their houses, until they were rescued by the emergency services, by neighbors or by their own relatives,” Medina said.

Medina, like other pastors and leaders of the local churches, have been helping to rescue families, transfer the wounded and house the victims.

“At the moment I have 30 adults and 30 children sheltered. What we are going to need are beds and stoves. All the basics of a house, because for the moment until this improves, they have to rent a house to live with dignity,” he said. 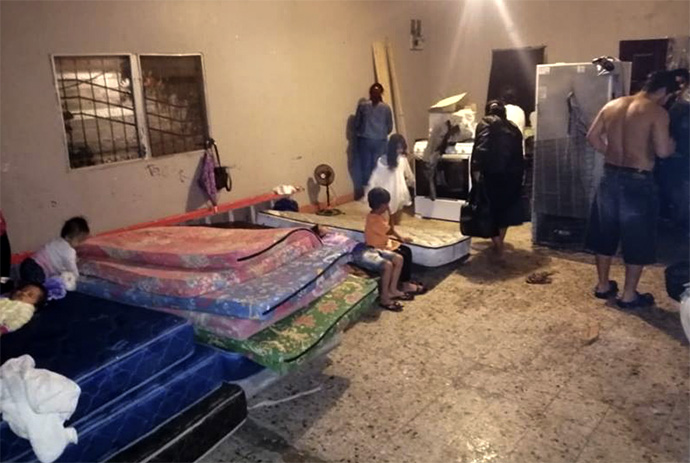 Jiménez said she and a team from Global Ministries are managing financial support for immediate help in the face of the emergency and hope to provide food and needed supplies.

According to Katherine Hill Uzoka, program manager for the United Methodist Committee on Relief, the initial contribution will be in the order of $10,000 to facilitate the purchase of supplies to address the emergency in several of the affected communities.

Vasquez is director of United Methodist News for the Hispanic / Latino audience. You can contact him at (615)742-5155 or by email:  [email protected].  To read more United Methodist news,  subscribe for free to UMCOMtigo , a weekly summary of news and communications resources.