It’s time — way overdue, in fact — for The United Methodist Church to make progress on racial issues that surpasses the bromides of the past, said Black leaders of the denomination.

Difficult, complicated racial justice issues were raised in 2020 by Black Lives Matters protests and the Jan. 6 insurrection at the Capitol building in Washington, as well as the police killings of African Americans including George Floyd in Minneapolis, Breonna Taylor in Louisville, Kentucky, and Daniel Prude in Rochester, New York.

The “Dismantling Racism: Pressing on to Freedom” campaign, announced in June, is a churchwide initiative to dismantle racism and work toward racial justice.

Efforts have included a day of prayer and worship, national advertising campaign, regional and local worship events, town hall meetings, podcasts, webcasts and a website where viewers can find resources to help them learn more and take action.

Much of that amounts to talking about the issue, but it’s hoped by those involved that it is a beginning, not an end unto itself.

“The Dismantling Racism effort of The United Methodist Church is a long-overdue organized effort on the part of our denomination to confront racism and white privilege,” said retired Bishop Ernest Lyght, who led the West Virginia Conference from 2004 to 2011.

“We have to confront that which gets between people and God and between white people and other human beings, particularly people of color,” he said. “Racism is a matter of the head and the heart. The UMC has to focus on changing hearts.” 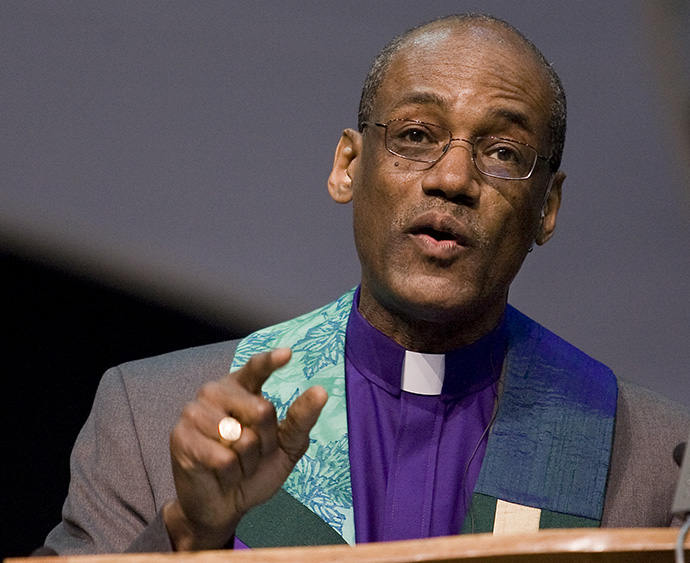 United Methodist Bishop Ernest Lyght gives the sermon during morning worship at the 2008 United Methodist General Conference in Fort Worth, Texas. Lyght says the denomination’s Dismantling Racism campaign is long overdue. File photo by Mike DuBose, UM News.
The Rev. Josephine Whitely-Fields, a retired elder who pastored churches in three states and served as director of missions and outreach in the Western Pennsylvania Conference, called the program “a step in the right direction.”

“They are concentrating on bringing Black people into the table of discussion to determine how we’re going to move forward,” Whitely-Fields said. In the past, Black United Methodists felt that church leaders were more inclined to “tell us what they’re going to do rather than seeing what it is that we desire and what would be meaningful for us,” she added.

The wounds run deep, said the Rev. Jerome King Del Pino, a retired pastor who was top executive of the United Methodist Board of Higher Education and Ministry for a decade ending in 2010.

He recalls one of the slights that still rankles.

Del Pino, whose father served in the old racially segregated Central Jurisdiction, helped to raise money thought to be earmarked for historically Black colleges and universities related to the denomination. But while white institutions were reliably funded, the HBCU’s were not, he said.

UM News is inviting people to share their own personal stories about encounters with racism, as well as hopes and ideas for combating it, in a new forum titled “We Are God’s Family: Personal Encounters with Racism.” The feature is designed to foster dialogue and build understanding of how racism impacts people at a personal level.

History like that illustrates that racism in the church “is not an issue that can be approached from a fundamentally feel-good perspective,” Del Pino said.

“The real issue is, who is going to give us leadership in dismantling white supremacy?” he said. “That’s the issue. Racism is the evidence. It is the byproduct of a white supremacist’s understanding of reality that affects every aspect of our existence within this country and especially the church.”

Local leadership for anti-racism action appears to be emerging.

The North Texas Conference is in the pilot phase of a program called Congregational Journey Toward Racial Justice. Fourteen churches have signed up, and seven are already at work.

The idea is to provide a process and set of resources to help support the racial justice work of predominantly white congregations. Strategies include having vital conversations about racism, fostering intercultural competence and promoting institutional equity — in other words, a level playing field — in conference systems and policies.

“The Congregational Journey Toward Racial Justice is designed to help local churches take a closer look at themselves in relation to their neighbors, near and far,” said the Rev. Joshua Manning, senior pastor at Warren United Methodist Church in Dallas and a member of the effort’s coordinating team.

Denomination leaders have offered other specific suggestions for ways to work toward progress:

• “Reaffirm our baptisms,” said West Virginia Conference Bishop Sandra Steiner Ball, who is white. “Not as a religious action or rite, but as a place of remembering just who we are and to hear God call our names, call us into accountability again to live as a people who renounce evil, profess our faith and express our loyalty to Christ in every situation in which we find ourselves.”

• The Council of Bishops should develop a teaching document about racism, an equivalent to their “In Defense of Creation” pronouncement about caring for the environment, Lyght said.

• There should be “ongoing confession on the part of the white majority leadership of the church that their forbearers created this problem (of white supremacy) and their children, as beneficiaries, have perpetrated it,” Del Pino said.

• Church leadership needs to “develop relationships, partnerships and friendships that can overcome racism,” Steiner Ball said. “Christ calls us all together in the one body and makes clear that there is no lesser or unneeded part of the body,” she said. “Be curious about other cultures, other ways of living and life. … I think our dialogue in Front Porch Conversations models and guides steps in how this can be done.” 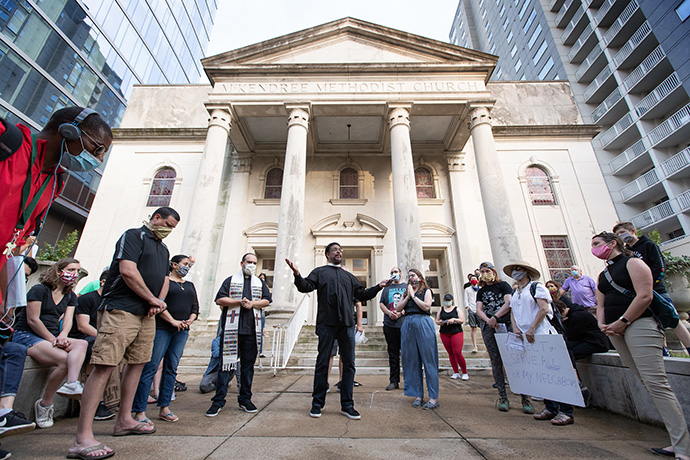 The Rev. Stephen Handy (center) leads a prayer vigil at McKendree United Methodist Church in Nashville, Tenn., in June, 2020. The service was held to grieve and remember people lost to acts of racism. File photo by Mike DuBose, UM News.
Front Porch Conversations consists of three videos featuring discussions about race. It’s designed to raise individual and collective awareness and challenge viewers to follow up with work on themselves and their communities to eliminate racism. 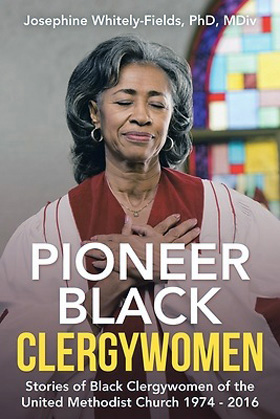 Read more
Bishop Forrest Stith, the bishop in residence at Asbury United Methodist Church in Washington and lifetime BMRC member, will speak on the conference theme. Other speakers, panelists or moderators will include M. Garlinda Burton, interim chief executive for the United Methodist Commission on Religion and Race; and the Rev. Rudy Rasmus, senior pastor at St. John’s Downtown Church in Houston and editor of the book “I’m Black. I’m Christian. I’m Methodist.”

The meeting will be followed up with five virtual webinars, one per month from June until October, on themes including healthcare, children and “Where do we go from here?”

The ongoing struggles over human sexuality have overshadowed issues of racism and sexism in United Methodism, Lyght said.

“The quarrel over human sexuality has put racial concerns on hold in the sense that the quarrel creates a diversion and a shelter for folks who do not want to deal with racism,” Lyght said. “In my opinion, we will not be able to resolve the differences about human sexuality until such time as we overcome racism and eliminate white supremacy.”

Whitely-Fields, whose new book “Pioneer Black Clergywomen: Stories of Black Clergywomen of the United Methodist Church 1974-2016” examines the careers of Black female clergy in the denomination, said she has worked at white-dominated churches who were accepting of her as a Black church leader.

“That’s a rare bird, but it does occur.”

But more needs to be done, she said.

“I am hopeful that the efforts that we are engaging in now to address racism will indeed be the step forward that moves us beyond where we have been for years — more complacent, not really making a lot of advancement. I’m hopeful that that will change.”

The Rev. Dr. Tori Butler interviews the Rev. Wanda Bass, who was present to witness the first Black woman being elected bishop in the South Central Jurisdiction.
General Church

It’s a hard process for many to decide whether to stay or leave The United Methodist Church, and even harder not to hurt others while doing it. Pastors and church leaders reflect on how they are trying to be faithful while working toward a difficult decision.