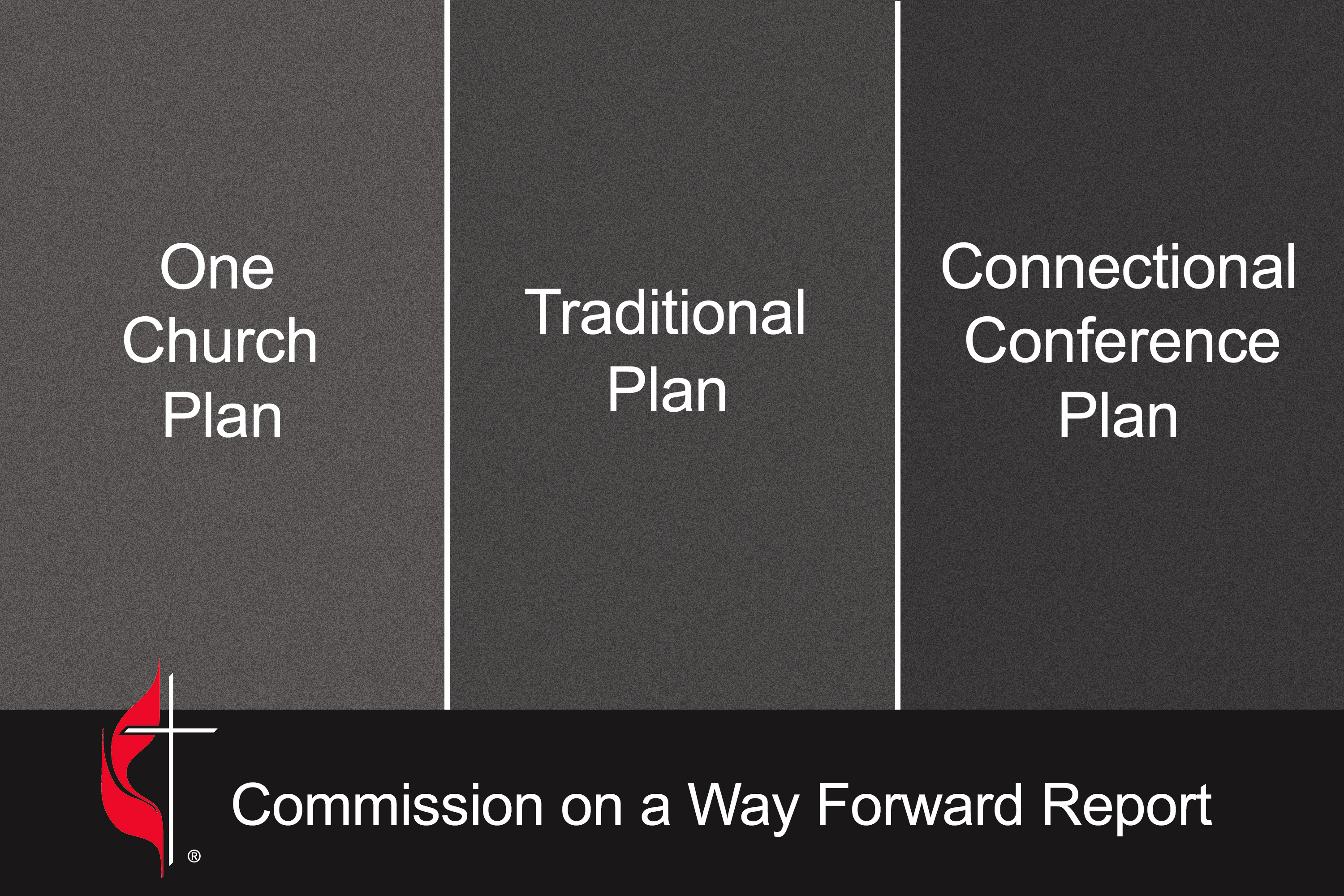 The special called session of the General Conference — set for Feb. 23-26 in St. Louis — will attempt to find common ground on the issue of same-sex marriage and ordination of homosexuals. Image by United Methodist News Service.

Many United Methodists are hoping a clear direction on how the church relates to homosexuality will emerge at the special called session of the General Conference in February.

Important stakeholders are claiming their positions, including some who make preserving unity in the church a priority.

“The hope is that … we’ve created enough urgency in the system to get us unstuck,” said the Rev. Kennetha Bigham-Tsai, chief connectional ministries officer at the Connectional Table. “Now getting unstuck might also be really hard and really painful. … But being stuck is a choice, you know?” 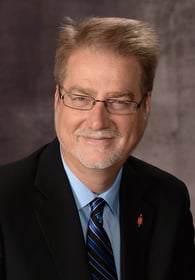 Delegates to the Feb. 23-26 gathering in St. Louis will consider plans to deal with the status of LGBTQ United Methodists, who want equal treatment when it comes to ordination and marriage.

“It seems like it’s no longer possible for us to live together in one body,” said the Rev. Tom Lambrecht, vice president and general manager of Good News, an unofficial group of United Methodists who support upholding the ban on same-sex marriage and gay clergy.

“Between those who are adamantly promoting the affirmation of same-sex marriage and LGBTQ ordination and those of us who believe that is contrary to Scripture, it doesn’t seem like there’s a middle ground or a compromise point that will satisfy people.” 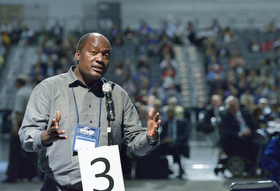 The Rev. Forbes Matonga, a clergy delegate from the United Methodist Church Zimbabwe Episcopal Area, speaks to the 2016 United Methodist General Conference in Portland, Ore., on May 11. Photo by Paul Jeffrey, UMNS.

The Council of Bishops said in recommending the One Church Plan that it provides conferences, churches and pastors the flexibility to pursue their mission while retaining the connectional nature of the church. The plan leaves decisions of whether to allow same-gender weddings up to local churches and gay ordination up to annual conferences.

“The question is, ‘Can we continue to be a one church denomination which allows us to have ministry in Liberia and the Philippines and in Europe and in the United States?’” said Bishop Kenneth H. Carter Jr., president of the Council of Bishops.

“We are not a small denomination with one ethnicity, with one political perspective, with one theological perspective. We’re a global church on four continents. And what is compelling to me about the One Church Plan is that it does create a home for the people who are now in The United Methodist Church.”

Most African United Methodists favor the Traditional Plan, said the Rev. Forbes Matonga, pastor-in-charge at Nyadire Mission Centre in Zimbabwe and a delegate to the February special session.

The plan maintains the current disciplinary language on homosexuality and strengthens enforcement. Matonga is also a leader in the Wesleyan Covenant Association, an unofficial group that advocates the traditionalist perspective.

What The Discipline says

The United Methodist Book of Discipline states that:

The most prominent plans submitted for consideration at the special conference are:

And while the African bishops have not endorsed a plan, saying that is up to General Conference delegates, they did unanimously reaffirm their view that marriage is between one man and one woman and vow to “maintain the unity” of the church.

The North Central Jurisdiction Hispanic Caucus said in its endorsement of the Traditional Plan that it would maintain biblical standards to be welcoming while keeping the current bans on homosexuality, as well as other forms of extramarital sex.

The Modified Traditional Plan beefs up enforcement against bishops who violate the Book of Discipline and includes $200,000 grants for annual conferences who wish to leave the denomination over the issue of homosexuality. It is supported by the Renewal and Reform Coalition, which includes Good News, the Confessing Movement within The United Methodist Church, UMAction, Taskforce of United Methodists on Abortion and Sexuality and the Wesleyan Covenant Association.

“Some of us felt that (the Traditional Plan) needed to be more complete than it was, especially the whole accountability issue,” said the Rev. Maxie Dunnam, minister-at-large at Christ United Methodist Church in Memphis. “We felt that … needed to be clarified more.”

Ritter, also a leader in the Wesleyan Covenant Association, thinks some common ground might be possible between the One Church and Traditional plans.

“The fact that legislation deadlines have passed and camps have formed around the existing plans has unfortunately limited the continued creativity of our church,” Ritter said on his blog, People Need Jesus.

Others perceive the divide as too great for effective compromise.

“It’s time to stop fighting,” said the Rev. Rob Renfroe, president and publisher of Good News. “We have good people on both sides. We see things very differently. We’re never going to convince each other that we’re right and they’re wrong. … “Let’s say, ‘You go your way. Let us go our way. We’ll see who God blesses, maybe both of us.’ But we don’t need to do this to each other any longer.”

Uniting Methodists, an unofficial group formed in 2017 to promote unity in the church, also has endorsed the plan and is working for its passage. And the Rev. Mark Holland, a Great Plains clergy delegate to General Conference, formed Mainstream UMC to work for passage of the One Church Plan.

The Rev. Tom Berlin, lead pastor of Floris United Methodist Church in Herndon, Virginia, was a member of the Commission on a Way Forward and submitted the One Church Plan legislation to the General Conference. He likes the One Church Plan because it would let Africans and other traditionalist United Methodists do what they feel is right within their culture and context. 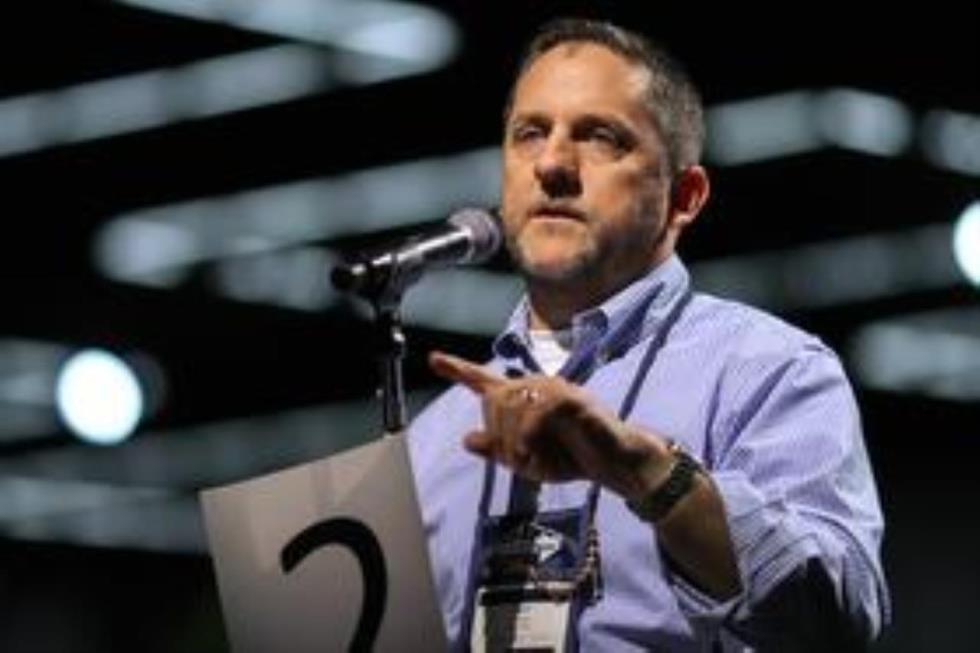 “I support the One Church Plan because I believe we live in a broad and diverse denomination that needs room to exercise a variety of options,” Berlin said. “Being United Methodist has never meant that I have to agree with every single person in the congregation on every single thing.”

United Methodists have the right to reflect theologically through use of Scripture, tradition, reason and experience, the Alaska Conference said in a statement.

“Because of this, we are likely to come up with different answers to the same question because of differences in our contexts and experience. The One Church Plan acknowledges those differences and allows for freedom in our conclusions.”

The Simple Plan, which calls for removal of the language in the Book of Discipline that excludes LGBTQ people from full participation in the church, is proposed by the unofficial United Methodist Queer Clergy Caucus.

“The United Methodist Church can choose to remove the restrictive language from our Book of Discipline without forcing the hand of those who are still wrestling with the idea of the full inclusion of LGBTQIA+ persons in the church,” the caucus said in a statement. “(It) does not require any United Methodist clergy to perform a same-gender wedding. Individual congregations would be allowed to continue in their own discernment.”

The Connectional Conference Plan lacks endorsements and the United Methodist Judicial Council did not rule on its constitutionality when it considered the three plans in the Way Forward report. The council said it has no authority to scrutinize that plan because it would require several constitutional amendments.

However, The Illinois Great Rivers Conference delegation, which includes Ritter, unanimously endorsed the Connectional Conference Plan as high-priority legislation.  While the restructure plan is not the favorite Way Forward model of most individual delegation members, the group as a whole agreed it would, unlike other plans, hold The United Methodist Church together.

Other United Methodist organizations are also stressing the importance of keeping the denomination whole. The Northern Illinois Conference quotes Methodist founder John Wesley’s sermon “On Schism” to make this point.

“It is the nature of love to unite us together; and the greater the love, the stricter the union,” Wesley said. “Nothing can divide those whom love has united. It is only when our love grows cold, that we can think of separating from our brethren.”

The unofficial group Reconciling Ministries Network, which seeks equality of LGBTQ Christians, is not endorsing any of the plans.

“It is with this humility that Reconciling Ministries Network will work continuously within Church structures to fully invite, welcome, and celebrate LGBTQ+ people in the life and leadership of our beloved Church,” the RMN said in a statement. “We remain committed to the work of adopting legislation that ends oppression as well as the ongoing journey toward doing no harm, doing all the good we can, and loving God.”

Although the issue of homosexuality in the church is important, other challenges are arguably more pressing, said Urs Schweizer, assistant to Bishop Patrick Streiff in central and southern Europe. Among those issues are sharing faith in post-modern and highly secularized societies, migration, breakdown of families, consumer society and poverty.

“The most important aim (at the special session) is to find a way that does not create winners and losers, does not allow some to stay in the United Methodist Church while encouraging others to leave,” Schweizer said. “Many United Methodists in central and southern Europe would rather focus on staying together as one church, as diverse as we may be on some ethical issues.”