The Hispanic-Latino caucus of The United Methodist Church is backing the One Church Plan, which would leave decisions to allow same-gender weddings up to churches and gay ordination up to annual conferences.

MARCHA (Methodists Associated Representing the Cause of Hispanic/Latino Americans) voted 42-16 to support the plan, one of three proposals to end the denomination’s long impasse over how to be in ministry with LGBTQ people.

All three proposals will be before the special session of the denomination’s top lawmaking body, scheduled for Feb. 23-26 in St. Louis.

The vote was taken during MARCHA’s Aug. 2-5 assembly. Any pastor, lay leader, member, youth or staff from The United Methodist Church or the Puerto Rican Methodist Church can be a member of MARCHA.

This resolution was presented by the Revs. Lydia Muñoz and Eunice Vega, both delegates to General Conference from the Northeastern Jurisdiction. The caucus is organized by jurisdictions.

Vega was one of the two proponents of this resolution, which was discussed in the final plenary.

"We have brought this proposal because this is the model that — we believe — provides more possibilities for the coexistence of different theological positions," Vega said. 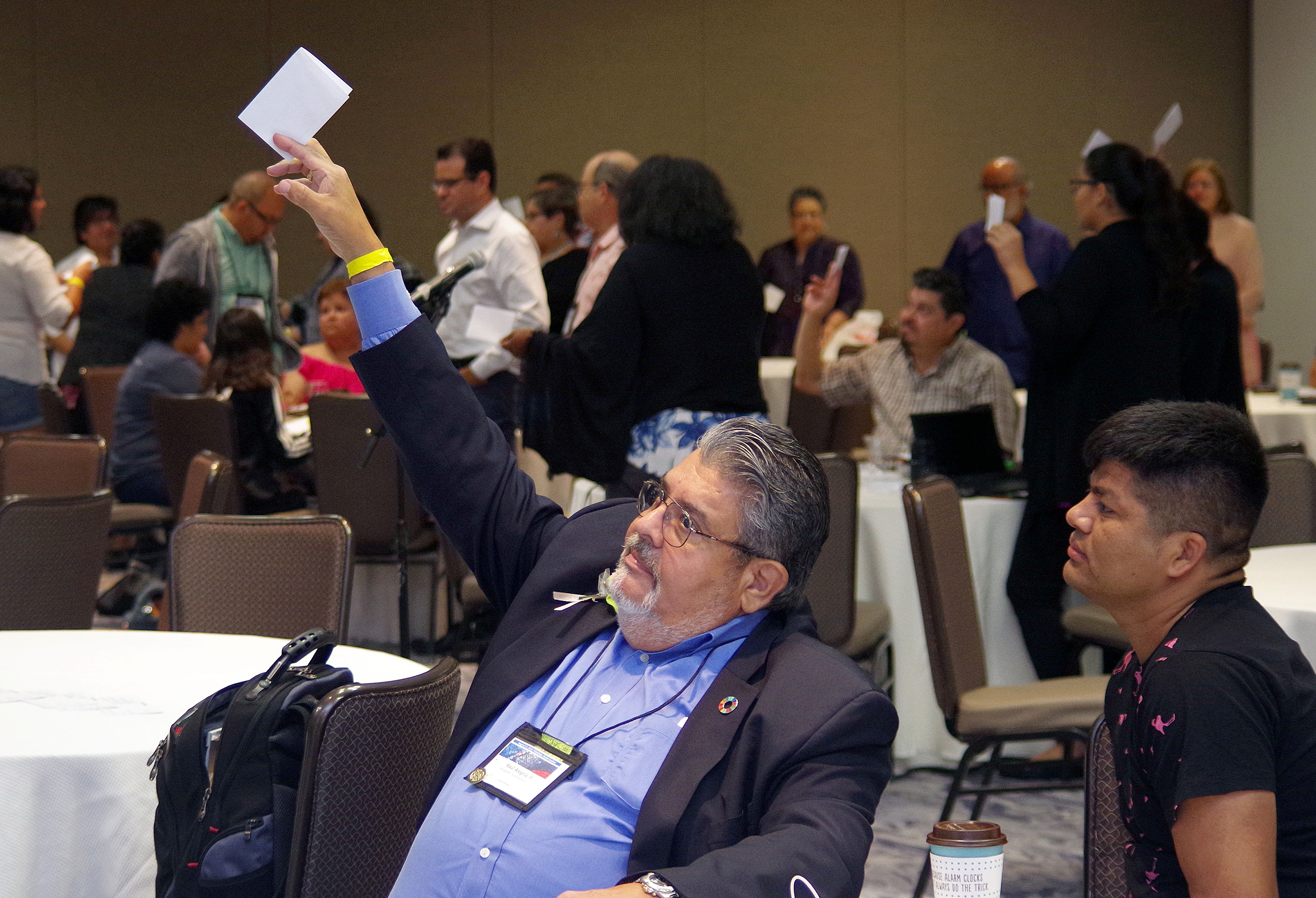 She said none of the proposals was perfect, but believes the One Church Plan “gives space to local churches, conferences, clergy and laity, to be able to assume their positions conscientiously and accordingly with their contexts.”

She added that The United Methodist Church has never been uniform in its theological perspectives, especially in addressing some controversial issues such as the abolition of slavery and the ordination of women.

"On the other hand, the other plans (Traditionalist and Connectional Conference) do not make clear the future of the general agencies. As a Hispanic-Latino caucus, whose mission is to advocate for the rights of the United Methodist Hispanic-Latino people, we believe that the existence of agencies is a fundamental tool for this mission,” she said.

Vega said racism, exclusion, inequality, sexism and other expressions of injustices within the church are fundamental reasons to maintain the existence of many of the agencies and United Methodist organizations that “would probably disappear with the adoption of any of the other two models."

The Rev. Rosita Mayorga, North Central Jurisdiction, was one of the people who argued against the proposal to support the One Church Plan.

"This resolution will have a negative impact on our congregations, since most are charismatic. Although I do not think they are fundamentalists, but most of them are certainly conservative," she said.

Mayorga said there are a lot of expectations and rumors among the churches and the Hispanic-Latino clerical leaders of the North Central Jurisdiction about what could happen after the next General Conference. “The situation is painful, because it has taken a lot to build congregations, which could leave the denomination if this model is adopted at the special General Conference in 2019," she said.

She said many in the Hispanic-Latino churches come from Latin America, where missionaries taught principles that are considered conservative in the U.S. “And that is what we believe we should continue to embrace," Mayorga said. 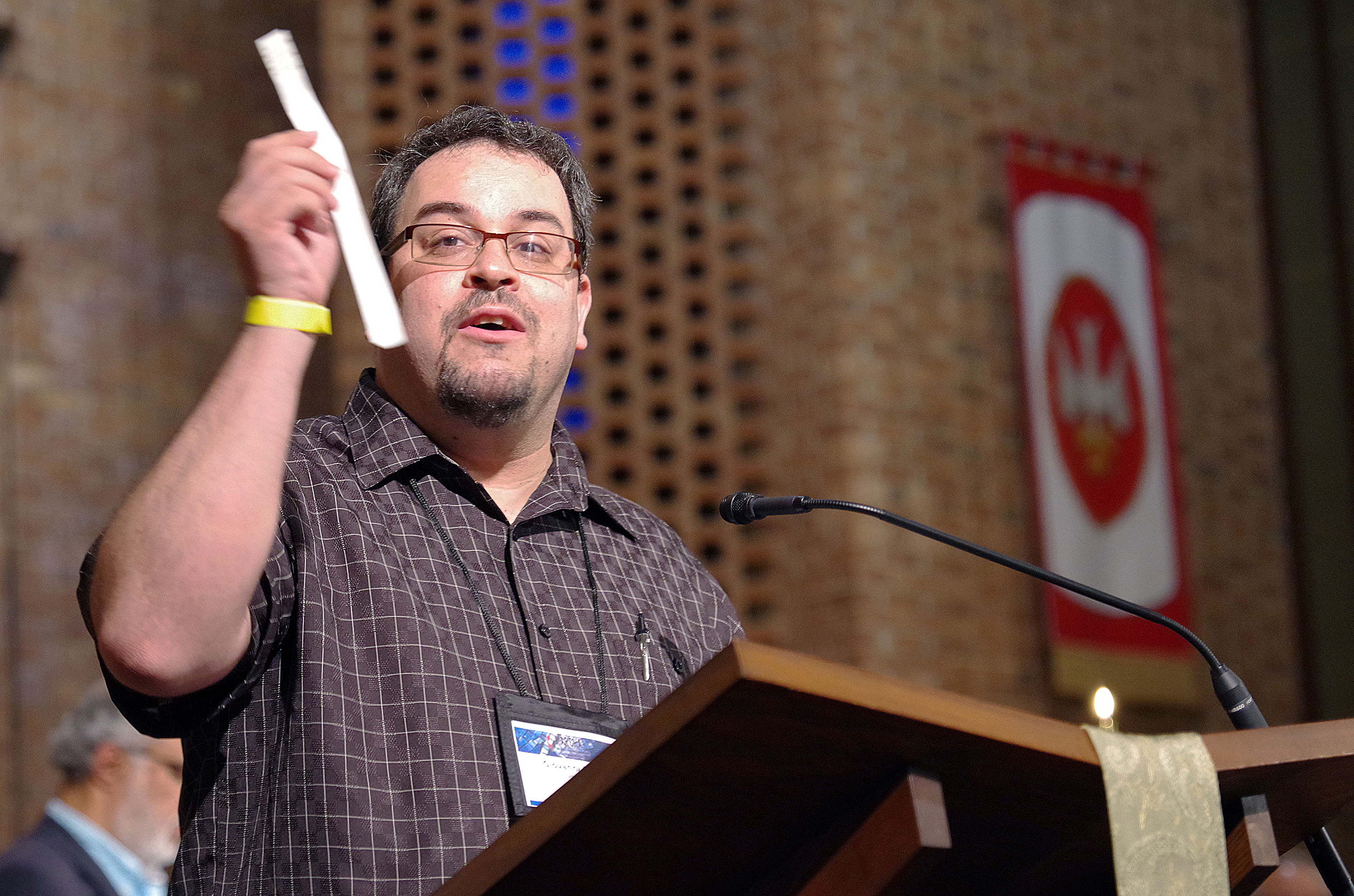 The Rev. Giovanni Arroyo calls on MARCHA members to wear a yellow wristband as a symbol of solidarity with migrant families who have been separated at the U.S. – Mexico border. Photo by Gustavo Vasquez, UMNS.

The One Church Plan was endorsed by a majority of the United Methodist Council of Bishops. The plan also would remove the statement — in the denomination’s Book of Discipline since 1972 — that the practice of homosexuality “is incompatible with Christian teaching.”

The MARCHA assembly provided a space for reflection on all three models of church that will proposed considered in the Special General Conference of 2019.

The Traditional Plan calls for stricter enforcement of church restrictions related to LGBTQ individuals, while the Connectional Conference Plan would replace the five U.S. jurisdictions with three connectional conferences that are “values-based” rather than geographic in nature.

The event also dealt with other issues relevant in the life of the United Methodist Hispanic-Latino community — youth, racism, immigration and eco-justice, among others.

According to the Rev. Lyssette Perez, president of MARCHA, the caucus wanted to facilitate dialogue and search for ways to coexist and strengthen ministry among Hispanic-Latino people, even though the community has “different positions around the proposed models for the future of our church.” Perez is also pastor of Rockaway United Methodist Church in New Jersey.

A “circles of grace” strategy that integrates intentionally diverse groups to work on issues that are controversial and expose the different points of view was used in activities at the meeting.

The theological basis of this strategy is Ephesians 4: 3: “Seek to maintain the unity that comes from the Holy Spirit, through the peace that unites all," Perez said.

"They are called in this way because, in the midst of differences among those who integrate the group, it is the grace of God that unites them,” she said. 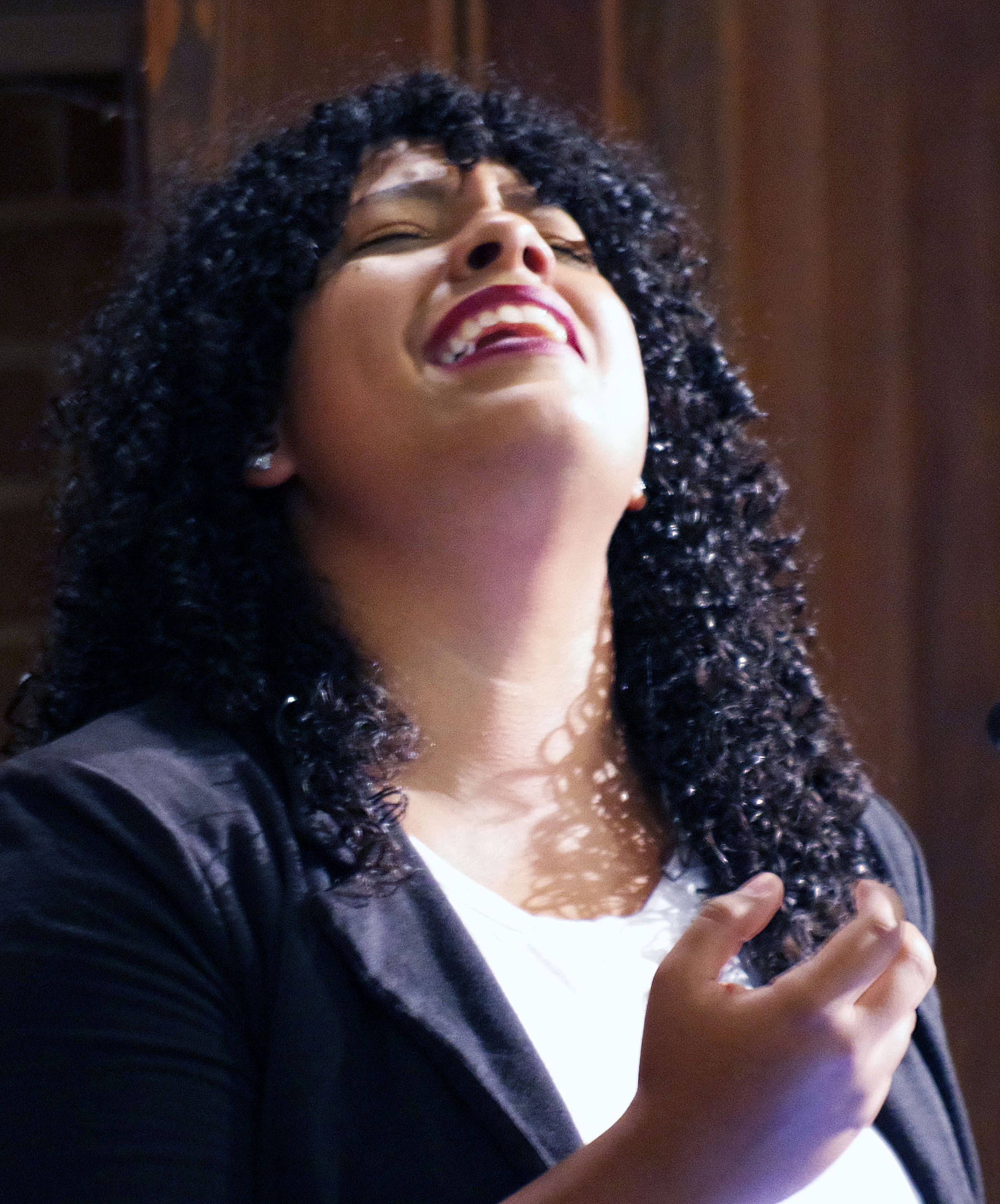 Yolanda Santiago, a young Puerto Rican leader, preached about need and importance of walking together as a church during opening worship at the St. Andrews United Methodist Church in Charlotte. Santiago recently completed her M.Div. and is now pursuing a Ph.D. in Religion and Culture at Southern Methodist University in Dallas, Texas.

A panel discussion about models for the future of the church and its impact on the United Methodist Hispanic-Latino community included Bishops Harvey and John Schol of the Greater New Jersey Area, as well as the Revs. Rossana Panizo (Southeastern  Jurisdiction), Awilda Nolla (North Central Jurisdiction), Rosario Quiñones and Rosie Rios (Western Jurisdiction).

During the annual banquet, United Methodist Hispanic-Latino leaders were honored.

Vasquez is the director of United Methodist News Service for the Hispanic/Latino community. Contact him at (615) 742-5111 or [email protected]. To read more United Methodist news, subscribe to the free Daily or Weekly Digests.

Bishop Joel Martinez, having grown up in a Methodist family of farm workers, has been a life long advocate for migrant and farm workers in all of his roles of leadership in The United Methodist Church.
Faith Stories

The Rev. Roberto Gómez, who died recently at age 75, was a force in the Rio Grande Conference and beyond, including successfully pushing for a Spanish-language hymnal for The United Methodist Church.
Immigration