Texas has long been a stronghold of The United Methodist Church in the U.S., boasting the most annual conferences (five) and ranking at the top in number of local churches and prevalence of megachurches.

But this summer has seen many traditionalist congregations in the state weighing whether to leave the denomination.

On Aug. 7, in votes taken within hours of one another, The Woodlands Methodist Church and Faithbridge — both large, traditionalist churches in suburban communities north of Houston — chose to disaffiliate.

The Woodlands Methodist is among the denomination’s very largest churches, ranking fourth in membership and second in worship attendance in 2018. The church is known for its ties to Good News, a longtime traditionalist caucus within The United Methodist Church that has opposed same-sex marriage and ordination of LGBTQ people.

More than 3,000 of The Woodlands Methodist’s 14,231 members voted in a Sunday afternoon meeting. The church reported that of the ballots cast, 2,678, or 96.3%, were for disaffiliation. 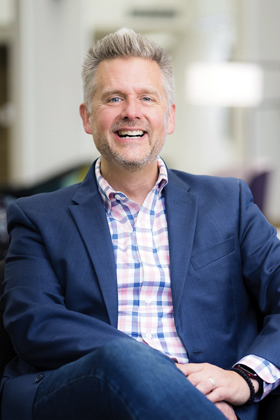 The Rev. Mark Sorensen, senior pastor of The Woodlands Methodist, noted longstanding conflict among United Methodists over LGBTQ inclusion but insisted that disunity owes also to different understandings of theology and biblical authority.

“We are ready to move on past the division and the differences that have been an ongoing distraction in our denomination for far too long,” Sorensen said in a video posted after the vote.

Faithbridge — in Spring, Texas, not far from the planned community called The Woodlands — voted a few hours later on Aug. 7. Church leaders reported that all 549 members voting were in favor of leaving the denomination.

“On the other hand, I’m also realistic about where the denomination is heading, and so I have no second thoughts,” he said in Aug. 7 videotaped remarks to the 1,300-member church. “We’ve done the right thing, the smart thing, the wise thing to keep Faithbridge Faithbridge.”

The Woodlands Methodist and Faithbridge will remain in The United Methodist Church until the Texas Conference has a special session on Dec. 3, to consider approving those and other disaffiliations.

To leave the denomination, churches must also reach a financial settlement with their conference leaders to cover their pension and other obligations. While church disaffiliation votes require a two-thirds majority, conference approval of disaffiliation agreements requires only a simple majority.

Both churches reported that they will discern further about whether to join another denomination.

“We have gay and lesbian members who are active in the congregation, who have served in amazing ways in the life of this church,” he said by phone.

The contentious 2019 General Conference in St. Louis strengthened enforcement mechanisms of the restrictions, but also made clear the extent of opposition to those restrictions among U.S. churches, many of which vowed to defy polices they see as discriminatory. Traditionalists in turn complained that many bishops have been unwilling to enforce church law.

In January 2020, a diverse group of church leaders unveiled the Protocol of Reconciliation and Grace Through Separation, a plan to allow traditionalist congregations to leave and form a new denomination, getting $25 million to start. But the pandemic has postponed General Conference three times, and it is now scheduled for 2024.

In recent months, many traditionalist United Methodist churches across the U.S. have been weighing whether to leave under Book of Discipline Paragraph 2553, titled “Disaffiliation of a Local Church Over Issues Related to Human Sexuality.”

Though the denomination has a trust clause — meaning church properties are held in trust for the denomination — under 2553, churches can, through the end of next year, leave with their buildings and other assets if they meet financial and voting requirements, and get annual conference approval.

The United Methodist Church has more than 30,500 congregations in the U.S., and while a total number of churches considering disaffiliation is elusive, it’s clearly a small fraction.

But the pace of U.S. churches deciding to leave has picked up, with some votes, such as a recent one by First United Methodist Church of Jonesboro, Arkansas, becoming a big local news story. That church chose to disaffiliate, but about 30 percent of the members voted to stay, leading the Rev. John Miles, senior pastor, to acknowledge deep pain in the congregation.

“I know many people at the Church Conference were disappointed and hurt by the results of the vote,” he wrote to the congregation. “Please know that we are committed to being the same church we have always been. Our arguments and concerns are not with one another but with our larger denomination.”

Texas, given its size and conservative leanings, is having a summer full of church meetings about disaffiliation.

The Texas Conference reports that more than 240 of its 609 churches are in some form of discernment about whether to leave. The Central Texas Conference has seen about a third of 265 congregations weighing disaffiliation, with some large historic churches, such as First United Methodist in Temple, recently deciding to depart.

Disaffiliation appears so far to be much less of a trend in the North Texas and Rio Texas conferences, but the Northwest Texas Conference signaled through a non-binding vote last year that a large majority of its churches favor leaving.

The Texas Conference is the third largest among U.S. conferences, and had been considered a candidate for voting to disaffiliate as a conference. But the Judicial Council, the denomination’s high court, decided that no such conference disaffiliation votes could occur without General Conference specifying the process and requirements. 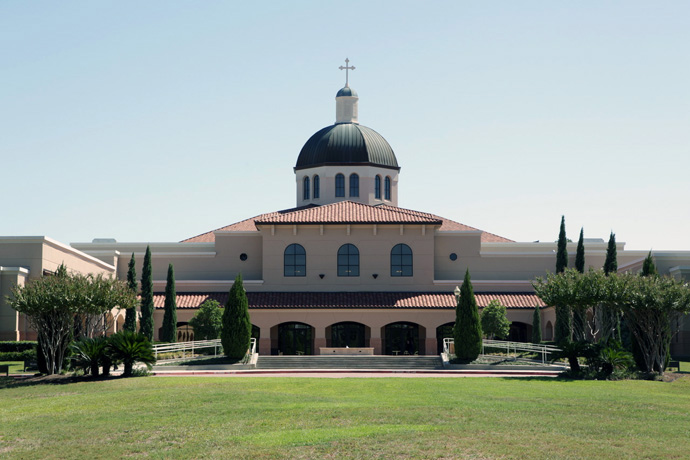 The Woodlands Methodist formally entered discernment about leaving The United Methodist Church on June 8, soon after the Judicial Council ruled on conference disaffiliation.

But there were earlier signals of The Woodland Methodist’s estrangement from the denomination, including its withholding of apportionment payments for the support of United Methodist ministries beyond the conference and a 2021 decision to drop “United” from its doing-business-as name.

The Woodlands Methodist has been a financial contributor to Good News, which is based in separate offices in The Woodlands community but has held board meetings at the church. Good News’ president, the Rev. Rob Renfroe, was a longtime associate pastor at The Woodlands.

In the lead-up to the church’s vote, church leaders made a strong case for disaffiliation. Written arguments came not only from Sorensen, but from the Rev. Edmund Robb III, founding pastor emeritus, and from retired United Methodist Bishop Robert Hayes, who serves as bishop-in-residence at the church.

The “Why Now?” section of the church’s “Denominational Affiliation Decision Guide” asserts that the departure of Texas Conference Bishop Scott Jones — who is retiring at the end of the year — could lead to the appointment of a “much more progressive” bishop.

Such a bishop, the section says, might appoint a new senior pastor with different mission and worship style priorities for The Woodlands Methodist — and might work to create less favorable terms for churches wanting to disaffiliate.

“I just wish we were following First Corinthians, chapter 13 more,” he said. “I wish we would love each other more.”

The Rev. Jeff Olive would agree with that but offers a different perspective on the decision-making. He’s superintendent of the Texas Conference’s Central North District, which includes The Woodlands, Faithbridge and Kingwood United Methodist, another large traditionalist church that is to vote on its future Sept. 25.

Olive has been in meetings about disaffiliation and presided over disaffiliation votes. The church leaders he works with, he says, “are facing their discernment of the future with integrity, grace and prayer.”

But he agrees it’s a hard time in the Texas Conference.

“The UMC is divided,” Olive said. “Congregations and clergy are now deciding how best to follow Jesus into the future. None of this is easy. None of this was asked for. But it is before us.”

Hodges is a Dallas-based writer for United Methodist News. Heather Hahn contributed. Contact them at 615-742-5470 or [email protected] To read more United Methodist news, subscribe to the free Daily or Friday Digests.