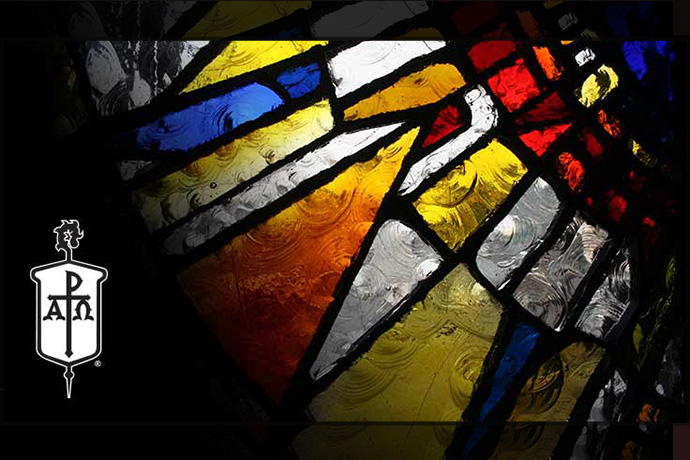 With increased giving and reduced expenses, the Episcopal Fund that supports bishops’ work is in better shape. The General Council on Finance and Administration board voted to give bishops their first raise in three years, but the board still sees challenges ahead for the fund. General Council on Finance and Administration episcopal services department graphic, courtesy of GCFA.

• With increased giving and less spending, the fund that supports United Methodist bishops is in better shape.

• The General Council on Finance and Administration board approved the bishops’ first pay raise in three years.

• However, the finance agency’s staff members project that the fund could see its reserves dwindle again by 2025 without changes.

The fund that supports The United Methodist Church’s bishops is no longer in immediate danger of going into the red.

However, United Methodist financial leaders still warn of possible perils ahead for the Episcopal Fund — especially with a potential denominational split on the horizon.

During an online meeting Aug. 20, the General Council on Finance and Administration board heard an update on the state of the fund.

For now, the situation has improved enough that the board approved a 4% pay increase for all active bishops in 2022 — their first raise in three years. The two bishops who serve on the board abstained from the vote.

Bottom line: Giving is up and expenses are down. The finance agency no longer projects Episcopal Fund reserves to be completely depleted by 2024.

“The savings we’ve seen in 2020 and 2021 have given us another two years’ worth of runway before the Episcopal Fund begins to run out of money under the current structure,” said Rick King, the agency’s chief financial officer. “I think that’s the takeaway.”

As of the end of July, the Episcopal Fund had received about $4 million more in apportionments — shares of giving — than budgeted. The fund’s expenditures were also about $900,000 less than budgeted.

The savings come in part because of the bishops’ reduced travel expenses, with most meetings online because of COVID-19.

The Episcopal Fund is one of seven general-church funds supported through apportionments.

The other six general-church funds support most general agencies, general administration, ministerial education and denomination-wide efforts such as the Black College Fund, ecumenical work and Africa University in Zimbabwe.

The more significant drop results from the Jan. 1 retirements of Bishops Bruce Ough and Sally Dyck, who took on new roles with the Council of Bishops.

Providing supervision of their former conferences are a retired bishop, who has taken on an interim role, and two active bishops, who have expanded their workloads. Retired bishops who take on interim roles receive the difference between the retired bishop’s pension amount and a bishop’s current salary level.

These changes mean substantial reductions in Episcopal Fund expenditures at least through 2022.

But that doesn’t mean the fund is now safely in the black.

King projects the Episcopal Fund could still see its reserves dwindle to a dangerously low level again by 2025 without some changes.

The Episcopal Fund is currently budgeted for 66 bishops — 46 in the U.S., 13 in Africa, four in Europe and three in the Philippines. The fund pays for their compensation, travel, housing and contributes at least some support to their office staff. Conferences typically cover the remaining office-staff costs.

King based his projections in part on the assumption that United Methodists return to having 66 bishops again in 2023 after currently scheduled episcopal elections. He also assumes steadily decreasing apportionment collections, based on U.S. conference estimates of the costs of church departures and closures in the event of a denominational separation. The U.S. church giving pays for more than 99% of denomination-wide ministries.

With the expected reduced collections that will result, King said, “We’ll still be running a deficit if we get back to normal levels of episcopal areas as well as travel.”

The Rev. Moses Kumar, GCFA’s top executive, added: “The message we want to send is we are not out of the woods yet.”

Nevertheless, the General Council on Finance and Administration board has a limited say on the Episcopal Fund’s expenditures.

General Conference sets the denomination’s budget and thus determines the level of requested apportionments and the number of bishops. The bishops, to some extent, determine when and how they meet.

“We control three things: salaries, housing and office allowance,” Kumar told the board. “We don’t control anything else.”

With concerns about the Episcopal Fund’s solvency, the board has kept bishops’ salaries flat since 2019. The board also lowered the bishops’ housing and office allowances.

But after looking at inflation as well as that stretch without pay increases, the board approved giving bishops the 4% raise starting in January.

The pay hike will increase costs to the Episcopal Fund by about $400,000 per year. GCFA plans to cover those costs over the next three years with a $1.35 million grant from the Paycheck Protection Program — the U.S. initiative designed to help businesses and nonprofits keep people on the payroll amid the pandemic.

With many bishops taking on more responsibilities in the coming year, Kumar said there may be some future discussion about adjusting their compensation to reflect the larger workload. But that’s not happening yet, he said.

Board members stressed that the bishops are aware of the financial strains the denomination faces and the need to be good stewards.

To shore up the Episcopal Fund, the Council of Bishops initially recommended no new U.S. bishop elections until 2024. The bishops have since rescinded that recommendation while still urging caution in the final decision of how many to elect.

“I would hate for anyone to leave this meeting assuming that the Council of Bishops is not working on this,” said California-Nevada Conference Bishop Minerva Carcaño.

“What is most important to the Council of Bishops is the worldwide mission and ministry of the church.”

In other actions related to compensation:

The GCFA board also approved a 4% increase for the salary structure of the 10 agencies supported by general church apportionments.

“When we increase the salary scale, this does not mean everybody gets an increase in pay,” said Valarie Willis, chair of the GCFA board’s Committee on Personnel, Policies and Practices. “When we adjust the salary scale, it increases the bandwidth agencies can use to determine what people should be paid.”

Willis said the cost to bring employees up to the minimum pay scale is $22,000 total across all 10 agencies.

A Duke University study on salary disparities between Black and white United Methodist pastors in North and South Carolina shows that Black pastors make substantially less than their white counterparts, and the researchers offer up some strategies to close the gap.
Bishops