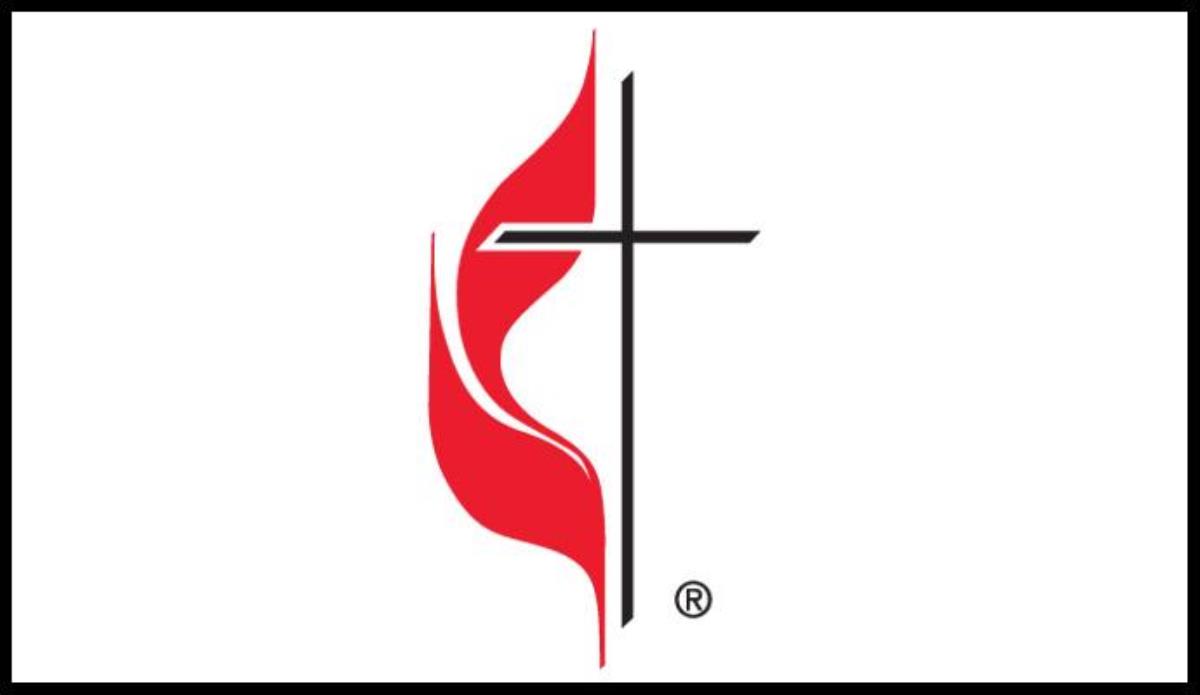 The North Texas Conference voted at its Sept. 19 annual meeting to submit legislation to General Conference 2021 that would begin the process of changing the church’s Cross and Flame insignia. Logo courtesy of United Methodist Communications.

A pastor’s call to replace the Cross and Flame as the official insignia of The United Methodist Church has picked up the backing of the North Texas Conference.

The Rev. Edlen Cowley wrote a column this summer urging that the denomination move away from the Cross and Flame, saying the emblem conjures for him and other African Americans the terror of Ku Klux Klan cross burnings.

The North Texas Conference voted 558-176 on Sept. 19, at its annual meeting, to submit to the 2021 General Conference legislation drafted by Cowley that would begin the process of changing the insignia.

Cowley said in an interview that a rebranding of The United Methodist Church is in order, given that the denomination faces a possible split and has begun an anti-racism campaign.

Cowley is pastor of Fellowship United Methodist Church in the Dallas suburb of Trophy Club, and a North Texas Conference alternate delegate to the denomination's 2021 South Central Jurisdictional General Conference. 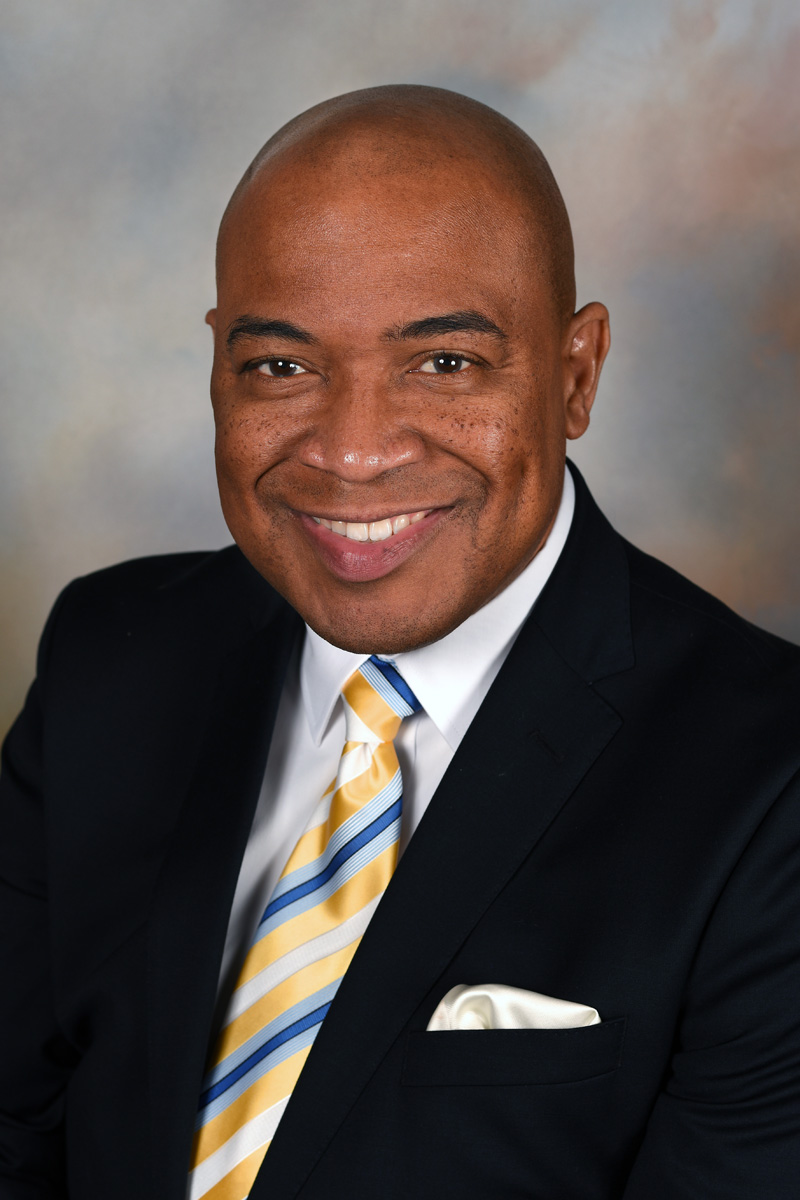 He wrote in his column that as a boy traveling by car with his family from east Texas to Shreveport, Louisiana, he had seen a cross burning and never forgotten it.

In speaking to the North Texas Conference, he called cross burning “a historically powerful image that for over 100 years has been and still is being used today to assert dominance and invoke fear.”

Cowley also noted that The United Methodist Church had officially been created at the Uniting Conference in Dallas.

“The United Methodist Church was born in North Texas in 1968,” Cowley told fellow conference members. “It would be fitting that the genesis of its re-brand and to some degree its rebirth would begin right here in North Texas.”

In 1966, as The Methodist Church and The Evangelical United Brethren Church were moving toward merger, a commission on union was assigned to devise an official insignia.

Edward J. Mikula and Edwin H. Maynard worked on various design options. The Cross and Flame prevailed and was adopted by the Uniting Conference. The insignia was registered with the U.S. Patent and Trademark Office in 1971 and gradually became commonly displayed by churches around the connection.

The insignia combines the cross, as a symbol of Christ’s sacrifice,  with two flames. Those suggest the “tongues, as of fire” (Acts 2:3) present through the Holy Spirit at Pentecost, as well as the Methodist Church and EUB.

Cowley called the individual elements and ideas behind them “beautiful.”

“But when you put it together it’s problematic, because at first glance it’s a burning cross,” Cowley said.

The Rev. Clayton Oliphint chairs the delegation, and though he is white, he also has a childhood memory of a cross burning.

His father was the late Bishop Benjamin Oliphint, who in 1963, as a Methodist pastor in Monroe, Louisiana, accompanied a black man to register to vote. That civil rights stand proved controversial in his congregation, which took a vote on whether to ban African Americans from attending their church.

Benjamin Oliphint spoke against that effort; it failed, but about a third of the church members left.

“Part of the fallout of that was the Ku Klux Klan burning a cross in our front yard,” said Clayton Oliphint, pastor of First United Methodist in Richardson, Texas.

Even with that memory, Clayton Oliphint said he never connected the Cross and Flame to cross burnings until he handed his business card to an African American man, trying to get him to come to church, and heard back, “It’s interesting that your church has a burning cross as a symbol.”

That encounter and Cowley’s witness have persuaded Oliphint that a new insignia is needed.

“If the logo itself has become a stumbling block to part of the population we’re trying to reach, then it’s time for a change,” he said.

At the North Texas Conference gathering, there no vocal opposition to the idea of replacing the insignia, though some did question whether this is the time to make a change.

The Book of Discipline deals with the Cross and Flame in paragraph 807.10 and gives the General Council on Finance and Administration and United Methodist Communications responsibility for ensuring its proper use.

The petition that Cowley and the North Texas Conference are submitting would instruct the agencies to come up with a new insignia “to be official no later than February 28, 2023.”

“We’re starting this journey so we can be a conference that is actively working to eradicate racism and create a level playing field for everybody,” he said.

Cowley is in a cross-cultural appointment. Fellowship United Methodist Church, where he has been pastor for seven years, is nearly all white.

“No matter how they feel about issues, I’m there to love and care for them,” he said. “I don’t pastor with any qualifiers and I don’t feel like they treat me with any qualifiers. That’s one of the reasons I love serving at Fellowship United Methodist.”

As U.S. annual conference season gets underway, the regional church bodies are dealing with decisions by The United Methodist Church’s top court about disaffiliations.
Judicial Council