From developing new revenue sources to sharing office space, the 13 general agencies that serve The United Methodist Church continue to look for creative ways to adapt to denominational budget cuts made worse by the ongoing coronavirus pandemic.

Ten general agencies rely on apportionments — shares of church giving — for their funding.

The General Council on Finance and Administration board is proposing a 2021-2024 general church budget with the bottom line of about $413.4 million — about a 31% decrease from the previous four years. The budget includes bishops and other denomination-wide ministries beyond agencies. Ultimately, General Conference — now postponed to Aug. 29-Sept. 7 — sets the general church budget.

Despite the uncertainty, agency leaders plan to carry out their missions and ministries.

“In every time of great challenge is also a time of great opportunity and responsibility to make a difference,” said Harriett Jane Olson, top executive of United Methodist Women.

This is the second of two stories, covering the five commissions and United Methodist Women and how they plan to move forward. Commissions are bodies created by General Conference to carry out assigned functions for an indefinite time period. The first story featured the other seven agencies. 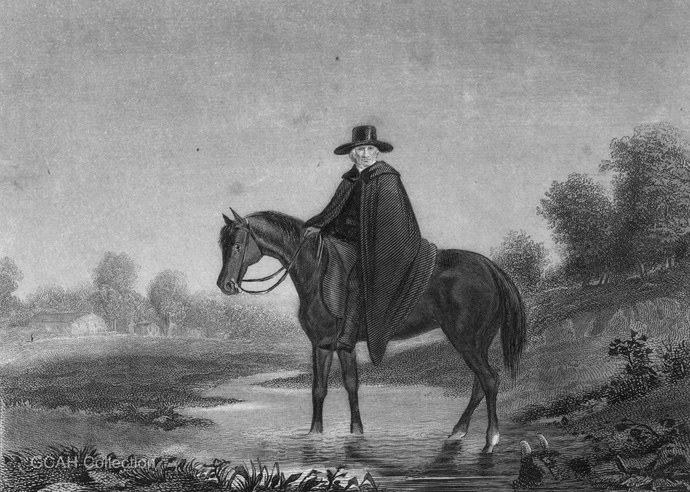 The United Methodist Commission on Archives and History is looking to develop new revenue streams, including foundation grants and increased donations from individuals and families, said Ashley Boggan Dreff, the top executive there.

“We are beginning the process of reaching out to fellow institutions and archives to work together to protect and utilize our common Wesleyan DNA to ensure our stories are preserved,” Boggan Dreff said.

Archives and History gathers, preserves and disseminates materials on the history of The United Methodist Church and its antecedents.

Two senior staffers, the Rev. Alfred Day III and L. Dale Patterson, retired in 2020. One part-time worker was promoted to full time and additional responsibilities were incorporated into a new job description for the top executive position, filled by Boggan Dreff. The staff now has four full-time workers and one part-time employee.

Some grants and research awards not supported by a specified endowment fund have been eliminated, as have training sessions for archivists. Also, the capacity for archiving digital files is not able to be expanded at present and the library’s reading room is closed.

“The staff feels very stretched having to do more work with less resources,” Boggan Dreff said. “The prolonged uncertainty of how we will look post-General Conference and the delays also adds a layer of anxiety for security of work.”

Nevertheless, Archives and History remains dedicated to its mission.

“We will continue to do the work of helping United Methodists understand our collected past to envision the futures of Methodism,” Boggan Dreff said. “Even with our restricted budgets, we hope to increase our programmatic efforts to mark the historic times we are living in and ensure that we are inclusive in our historic narrative, and maintain a historic lens as we gaze upon the future.”

United Methodist Communications is developing a strategy for the next five years to reflect the largest proposed budget cut to any agency over the next four years — 35%.

“UMCom has maintained its current ministry and service offerings through 2021, after restructuring and changes in recent years,” said Dan Krause, chief executive. “We anticipate reducing the ministries we offer over the next several years and will have more details as the plan is finalized this spring.”

United Methodist Communications, which increases the awareness and visibility of the denomination and includes United Methodist News, is budgeted to spend $7.4 million of its cash reserves in 2021.

The agency has reduced its staff by 18% since October 2019. There were 82 employees at the end of January, down from 100 at the end of 2019. The departures have been “driven almost entirely by voluntary departures caused by either uncertainty in the church or changes to upcoming retirement benefits imposed by the United Methodist Council on Finance and Administration,” Krause said.

Because of the changes, United Methodist Communications made an offer to employees who might choose to leave while certain benefits could be grandfathered into their retirement package.

“UMCom seeks to continue supporting the communication needs of The United Methodist Church into the future, recognizing that communication is at the core of the Gospel and church,” Krause said. 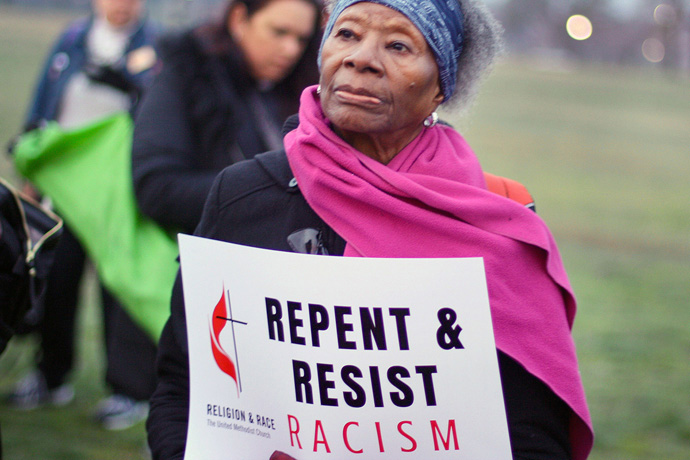 Annual conferences, seminaries, districts and congregations are now charged for use of some resources from the United Methodist Commission on Religion and Race, one way the agency is making up for budget cuts.

Religion and Race is dedicated to the naming, confronting, repenting and dismantling of institutional racism.

“We are more selective about sending staff to do in-person training or coaching on dismantling racism,” said M. Garlinda Burton, the interim top executive.

“During the pandemic, we have saved money by conducting our board meetings and training via Zoom, which has saved us on travel and lodging costs. We are adapting.”

The agency is also using short-term contractors to ease the workload, although “the staff is working much more,” Burton said.

Since January 2020, Religion and Race has cut three positions. It now has seven employees.

“We have a dedicated staff,” she said. “At the same time, fatigue and ‘survivors’ guilt’ — after seeing colleagues lose their jobs — have been inevitable. I am encouraging staff members to use their vacation and renewal time as much as possible.”

Status and Role of Women

The agency that champions the inclusion of women in The United Methodist Church now has a smaller office space in Chicago and is leaving unresolved for the time being whether to replace a staff person who left last year for another job.

Faced with an on-going pandemic and denominational uncertainty, United Methodist general agencies are reducing staff while staying true to their missions.

“We reached a work-share agreement with the Northern Illinois Annual Conference and are thrilled to be moving into a much smaller set of offices within our same location (The Chicago Temple) and to be sharing the cost of equipment and services with our United Methodist Church neighbors,” said Dawn Wiggins Hare, top executive of the United Methodist Commission on the Status and Role of Women.

The commission has five employees after the departure of Elaine Moy. She began work Jan. 25 as the senior director for development, finance and institutional equity at Religion and Race.

The coronavirus pandemic saved the agency money in 2020 because there was less travel and no in-person trainings, Hare said.

“We have worked to provide quality resources and trainings to The United Methodist Church consistent with our mandates and mission during this transitional period,” she said.

“Our staff are finding (that) some men and women whose major link with us is Scouting ministries have not always been included in our funding efforts,” said Gilbert C. Hanke, the top executive for United Methodist Men. “Additional work in that area is being expanded immediately.”

United Methodist Men coordinates men’s ministry efforts. It is responsible for raising 75% of its own budget, with 25% coming from the World Service Fund, one of seven apportioned funds of The United Methodist Church. That funding decreased by 30% last year.

“There will be some cost reductions in the next 12 months with projected retirements,” Hanke said. “We continue to work on our working-from-home procedures and for some staff, working from home may continue for some time. We do expect to have a blended mix of persons who mostly work from home and some who mostly work from the office after vaccinations are available.”

United Methodist Women has developed a strategic plan that is helping the 150-year-old organization remain flexible during the economic uncertainty faced by the denomination.

The agency does not receive funding through apportionments. United Methodist Women members have made generous contributions to enable special grants to National Mission Institutions, addressing needs in local communities around the country, Olson said.

The organization has had two retirements, but no involuntary terminations have been made, she said. Those two positions will not be filled.

Olson said the organization keeps “a close eye on our expenses.”

“During this time, we are continuing to implement a previously developed strategic plan that streamlines the organization to make it nimbler to enable us to respond to emerging needs of members and the communities we seek to serve.”

Patterson and Gilbert are UM News reporters in Nashville, Tennessee. Contact Patterson at 615-742-5470 or [email protected] To read more United Methodist news, subscribe to the free Daily or Weekly Digests.

A Duke University study on salary disparities between Black and white United Methodist pastors in North and South Carolina shows that Black pastors make substantially less than their white counterparts, and the researchers offer up some strategies to close the gap.
General Agencies

More than 3,000 gathered at the Orange County Convention Center and online for United Women in Faith’s Assembly 2022, held May 20-22. The event celebrating the work of the church’s women’s organization included speakers, worship and the consecration of deaconesses and home missioners.