With the benefit of 20/20 hindsight, organizers hope to improve proceedings at General Conference 2020.

Among the adjustments that delegates can expect are stricter requirements for their credentials after an investigation found four ineligible people cast votes during the 2019 special General Conference using credentials of absent delegates.

Changes at The United Methodist Church’s top policy-making assembly also include more time for legislative action during plenary sessions as well as some proposed revisions to the rules of order.

Ultimately, it will be up to delegates to approve any rule changes and keep to the schedule when they meet May 5-15, 2020, in Minneapolis. The theme for the gathering will be “…and know that I am God” from Psalm 46.

At its last planned face-to-face meeting before GC2020, the Commission on General Conference spent much of its time dealing with the ramifications of what happened at the February special session in St. Louis.

“The Commission on the General Conference is committed to protecting the integrity of the legislative process,” said Kim Simpson, commission chair, in a statement following the Aug. 7-9 meeting. The commission elected Simpson of the Central Texas Conference after her predecessor Duncan McMillan resigned due to health reasons.

The commission determined that the four ineligible votes were enough to invalidate a key vote on how congregations can leave the denomination. But the commission also wants the denomination’s top court, the Judicial Council, to decide what the fraudulent voting means for the full disaffiliation legislation.

In a three-page report released late Aug. 15, the commission outlined its actions as well as new registration and voting procedures for possible implementation.

The recommended procedures would require primary and reserve delegates to:

• Present government-issued identification and their annual conference-issued credential card to register.
• Register individually rather than as a group or delegation.
• Use dedicated points of entry into the plenary.
• Use nametags that include their photos.
• Sit in assigned seats within their delegations.

The recommended procedures also require a dedicated check-in table for reserve delegates and language interpretation at registration. The recommendations stress the need for commission personnel to use consistent names for delegates, including ensuring their names match government IDs on file and visa tracking sheets. 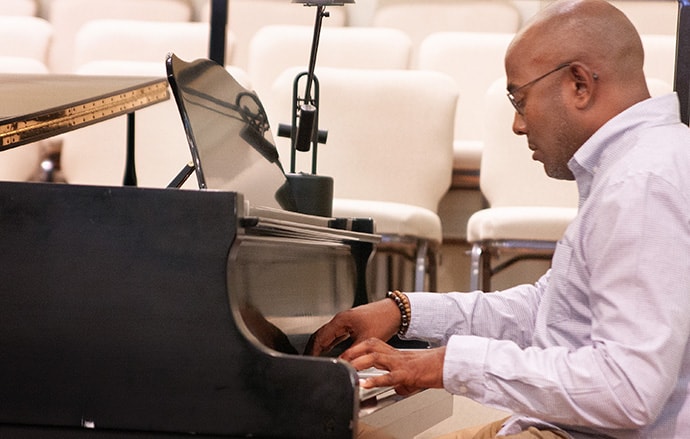 Chief among these is a new rule that says:

“Delegates are free to vote according to their conscience without interference by others observing, monitoring, or recording their votes. Persons shall not give or accept bribes or threaten delegates in order to influence voting.”

On the final day of the highly contentious 2019 General Conference, a delegate raised concerns that some delegates were being bribed for their votes. The Committee on Ethics was not able to substantiate that allegation.

“We’re in an unfortunate time in the church when we felt we needed to say this,” said Stephanie Henry, the Rules Committee chair.

The commission is proposing other rule revisions that would:

• Require delegates to use placards or flags to raise points of order, rather than entering the digital queuing system used during the two previous General Conferences.
• Require that before delegates vote to end debate on a given matter, that the bishop presiding informs them of how many in the queue have speeches for, speeches against or amendments.
• No longer allow challenges of misrepresentation to interrupt a delegate who has the floor.

More about the 2020 General Conference

The Dakotas-Minnesota Episcopal Area host team has created a website, gc2020welcome.org, to welcome delegates and offer volunteer opportunities for other guests.

To show hospitality, the local host committee intends to greet every delegate, invited guest, bishop and spouse with a handmade purple scarf.

Each day of General Conference will begin with worship and adjourn at 6:30 p.m. CDT, with the exception of May 9 — the last day of legislative committee work —which adjourns at 9:30 p.m.

One of the challenges the commission’s program committee faced is accommodating groups who requested to speak before legislative committees were fully immersed in their work.

Most of these groups will be introducing legislation requested by earlier General Conferences, including work on denomination’s Social Principles, development of a more global Book of Discipline and a study of the number of U.S. bishops.

The first-week schedule also includes the Episcopal Address and the Young People’s address on May 6 and the Laity Address on May 7.

Not on the schedule yet is any discussion of proposals being developed to dramatically restructure or split the church in the wake of the denomination’s still-unresolved dispute over the status of LGBTQ people.

Without proposals in hand or specific requests for time, the commission isn’t able to anticipate what might be needed. However, the agenda and calendar committee can adjust the schedule onsite.

The commission also approved a budget that includes $29 a day per diem for each delegate’s meals. Lodging expenses will be paid directly to the hotel.

Visitors also will be asked to pay a $10 registration fee each day they attend. The fee is voluntary.

Organizers answer questions about what the postponement to 2021 means for The United Methodist Church’s lawmaking assembly.
Local Church

Donald “Bud” Heckman has left ordained ministry under complaint after facing an earlier complaint of sexual misconduct and abuse brought by four women.