UMCNext, a coalition that includes Reconciling Ministries Network, Uniting Methodists and Mainstream UMC, has offered a plan that would end The United Methodist Church's restrictions against same-sex weddings and LGBTQ ordination and offer a gracious exit to local churches that disagree with those changes.
A group of centrists and progressives is offering a plan that would eliminate The United Methodist Church’s restrictions against LGBTQ ordination and same-sex weddings, while allowing local churches that disagree to depart and organize into new forms of Methodism.

This latest effort to address the denomination’s deep, longstanding division over homosexuality comes from the convening team of the UMCNext coalition, which includes Reconciling Ministries Network, Uniting Methodists and Mainstream UMC.

“The UMCNext Proposal allows a creative way for churches to build a new expression of Methodism if desired and a path to create a renewed global United Methodist Church for those who remain,” said the Rev. Junius B. Dotson, executive convener of the team and top executive of United Methodist Discipleship Ministries.

Though the plan is still being fleshed out in petition form, backers say it would keep The United Methodist Church intact, while also allowing greater regional autonomy and a gracious exit.

Materials about the proposal, as released by the UMCNext coalition’s convening team, can be found here.
The plan clearly anticipates the exodus of some churches.

“Respectful separation is a way for us to keep faith with how each region and sector discerns the will of God for Christian living and mission while doing no harm, doing all the good we can and sustaining our attention to loving and serving God,” says a statement released with the plan’s basic components.

The United Methodist Church has faced conflict for decades over how accepting to be of homosexuality. The volatile 2019 special General Conference in St. Louis — which by a 438-384 vote approved the Traditional Plan reinforcing restrictions on ordination and same-sex weddings — has led to broad agreement that separation or some form of major reorganization is needed.

The UMCNext Proposal follows the recent public debut of the Bard-Jones Plan, offered by two United Methodist bishops and calling for The United Methodist Church to remain as an umbrella organization for mostly separate groups. Also recently unveiled — and conceived by a group of centrists, progressives and traditionalists — is the Indianapolis Plan, which would create at least two separate denominations.

The petitions deadline for the 2020 General Conference is Sept. 18, and talks continue among various groups.

For example, bishops from non-U.S. central conferences organized an Aug. 16-17 meeting at Floris United Methodist Church, in Herndon, Virginia. There, a theologically diverse group of church leaders reviewed the UMCNext plan and others.

“During the candid and prayerful discussions, the group agreed that it seems inevitable that there will be some form of separation of the church as a way to resolve the impasse,” a press release said.

The UMCNext coalition grew out of two meetings of centrist and progressive leaders held soon after the 2019 General Conference. A much larger gathering was held May 20-22 at the United Methodist Church of the Resurrection in Leawood, Kansas.

Afterwards, the group announced four commitments, including opposing the Traditional Plan as passed in St. Louis, and working to end restrictions against LGBTQ participation in The United Methodist Church.

The UMNext Proposal would have an immediate moratorium on charges against LGBTQ clergy, clergy performing same-sex weddings or other charges stemming from provisions of the Traditional Plan.

And it would remove from the United Methodist Book of Discipline language used to restrict pastors and churches from conducting same-sex weddings and annual conferences from licensing or ordaining “self-avowed practicing homosexuals” — as has been official policy for decades.

“Ministers will have the same ability they do now per the current Book of Discipline to determine who is ready for marriage. The plan treats everyone fairly and equitably and allows us to reimagine a United Methodist Church free from the current restriction and welcoming all of God’s children,” said Jan Lawrence, a member of the convening team and executive director of Reconciling Ministries Network, which works for full inclusion of LGBTQ people in the church.

The plan would let local churches in annual conferences — be they part of jurisdictional (U.S.) or central conferences (non-U.S. conferences in Africa, Europe and the Philippines) — decide by a two-thirds vote to “enter a new life as a Wesleyan church.” That exit offer extends through 2024.

Groups of departing churches that, in the plan’s language “form a viable denomination,” will be allocated resources to get started under a formula to be arrived at with the help of a professional mediator.

The plan “provides a gracious exit for those who wish to leave, and allows pastors and churches to minister according to their convictions,” said the Rev. Adam Hamilton, pastor of the United Methodist Church of the Resurrection and a UMCNext convening team member.

As drafted, the plan does not call for allowing annual conferences to leave the denomination. 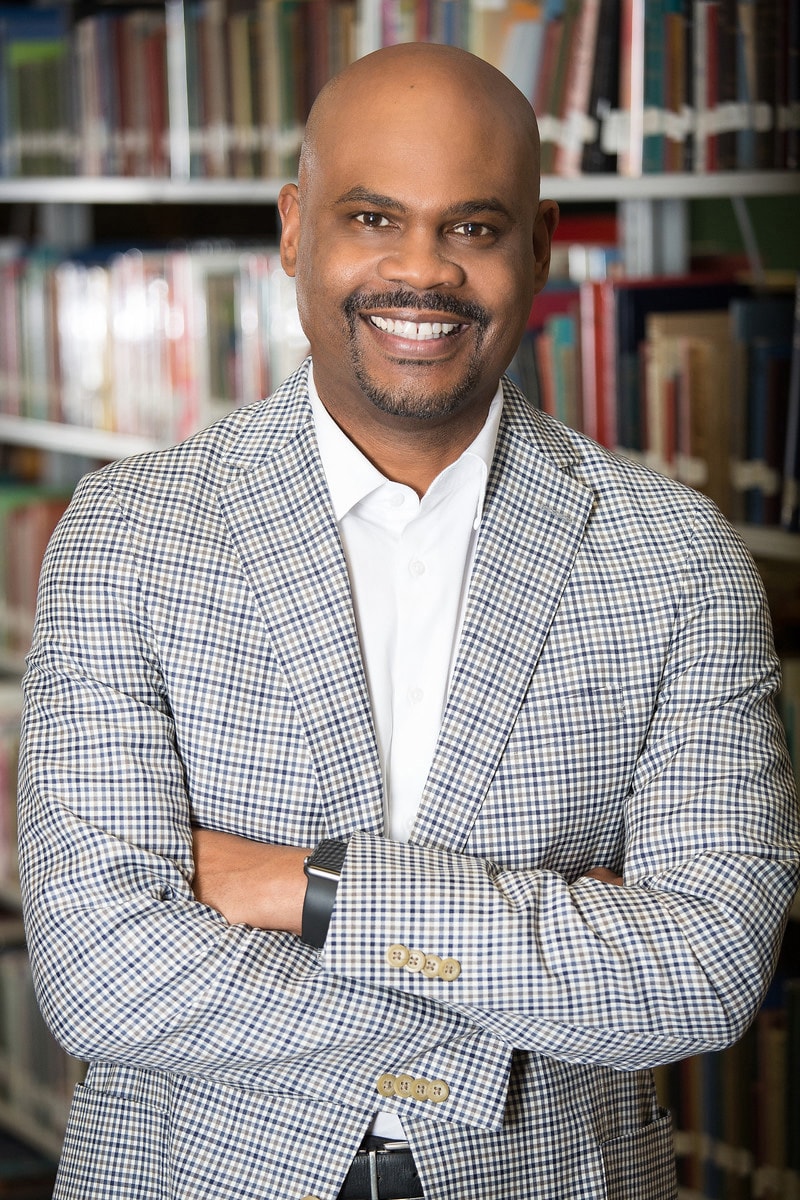 The Rev. Junius B. Dotson
Photo by Jake Harsh, courtesy of Discipleship Ministries
Dotson said the UMCNext Proposal is designed to be timely and simple, and to avoid the lengthy process of constitutional amendments.

“The concern is that the Judicial Council may not uphold the departure of an annual conference as constitutional,” Dotson said.

Other components of the UMCNext Proposal include:

• Retaining current doctrinal standards of the Book of Discipline.

• Creating a Commission on the 21st Century Church to prepare a comprehensive structure and governance plan for consideration at a special General Conference in 2022 that would serve as a constitutional convention.

• Allowing departing churches in viable new denominations to contract for services with United Methodist agencies, including Wespath, the United Methodist Committee on Relief and the General Commission on Archives and History.

Dotson said a group of departing churches using Wespath could save at least 40 percent over market rate “to secure their share of unfunded pensions liability.”

He said the key would be the viability of such groups, and that Wespath would define the standard of viability.

A timetable released by UMCNext calls for the moratorium on charges, complaints and trials to be approved at the 2020 General Conference, set for May 5-15 in Minneapolis. The plan also envisions that gathering approving disaffiliation legislation, a resource allocation formula and the creation of the Commission on the 21st Century Church.

The special called 2022 General Conference would, according to the plan, remove all church policy language related to LGBTQ persons and deal with regional conference legislation as well as adaptation of the Book of Discipline and new concordat or covenant agreements among Wesleyan groups.

“It appears that we are unable, for now, to walk the same path forward,” says a statement released with the UMCNext Proposal. “We can choose to part with a blessing, understanding that our Wesleyan roots will always bind us together even as some may choose to branch out into distinctive expressions of the church.”