Editor’s note: The Confessing Movement within The United Methodist Church will end operations on Dec. 31. UM News asked the Rev. Stephen Rankin to reflect on the group’s importance, including to him personally.

The Confessing Movement within The United Methodist Church has provided crucial spiritual and theological ballast for many people buffeted by the turmoil long afflicting our denomination. I am one of them. Now that its work, at least within our denomination, has largely come to an end, perhaps some reflection from a beneficiary is in order. 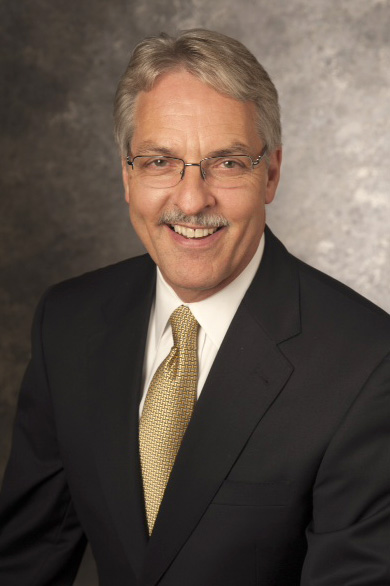 There has not been a time in my roughly 40 years of ministry that United Methodism has not felt the stresses of divergent and competing theological visions. We can easily identify three, operative since the formation of The United Methodist Church in 1968. Each has specific orienting concerns, to borrow a term from Randy Maddox, that guide their understanding of God’s nature, the Gospel, and the nature and authority of Holy Scripture. Those divergent concerns motivate considerable and conflicting advocacy efforts for denominational identity and mission.

One group, still living in the shadow of Immanuel Kant’s contention that we cannot know God’s nature directly, but only through our socially influenced constructions, embraces theological pluralism. They have adjusted their doctrinal convictions accordingly.

Another group affirms orthodox theology but has a strongly pragmatic bent for the sake of unity and refuses to get too picky or zealous about accountability in theology.

The third group is convinced that the theology enshrined in our Articles of Religion and Confession of Faith, along with Wesley’s Standard Sermons and Notes, reflect life-giving truth about God’s nature and will. To set aside or even downplay those central tenets is to forfeit the life offered in scriptural Christianity.

These three positions map easily onto our current denominational fractures.

The Confessing Movement, established in 1994, has been one of the leading voices, if not the leading voice, for faithfulness to historic, ecumenical and Wesleyan doctrines.  Its efforts have been linked with other groups under the banner of the Renewal and Reform Coalition. Given our decades of contentious debate, it has been difficult, I would say, for the movement to avoid be-coming just one more voice in the political factions of our time. Nonetheless, the Confessing Movement has kept the need for doctrinal integrity in front of us.

Some readers, no doubt, are familiar with the “Beliefs Matter” podcast. Riley Case’s “Happenings Around the Church” often has addressed theology and doctrine. The group’s leadership has consistently included scholars like Les Longden and Billy Abraham. Other scholars like Joy Moore and Kim Reisman have served on the board. Theologically astute pastors like Ellsworth Kalas and Maxie Dunnam have provided leadership in theological education, crossing the boundary between church and academy. We have benefitted from their faithfulness.

The movement did not spring whole cloth into existence in 1994, and a brief foray into historical context is important, I think, to realize the steadfast longevity of this orthodox witness.

Many of the leaders of the Confessing Movement also led earlier efforts. The 1987 Houston Declaration includes statements on scripture’s primacy and the Trinitarian nature of God. They show great care in theological formulation.

The 1992 Memphis Declaration followed with a similarly crafted statement on Christ’s divine-human nature as the world’s Savior, along with a call to holy living. Both documents had influence on upcoming General Conferences, which faced internal tensions over theology and liturgy. In those days, theologically traditional people sensed that core doctrines were up for grabs, even if there were no overt moves to go through the ponderous constitutional process of changing them.

I can vouch. My path into ordained ministry matches this brief chronicle of moments in the life of the Confessing Movement and its predecessor networks. I was ordained elder in 1988. At the service’s climactic moment, the bishop placed his hands on each ordinand’s head, saying, “Take thou authority … in the name of the Creator, Redeemer and Holy Spirit.” This mixed bag of (implicitly modalistic) terms, neither consistently functionalist nor traditional, captures well the spirit of the time.

The clergy person responsible for the liturgy was known for aesthetically sumptuous worship and for theological innovation. He was a student of Matthew Fox’s creation spirituality, a quasi-pantheistic nature mysticism very popular at the time that had gained traction especially among people who fit within that first category I mentioned earlier.

During another annual conference session, I had a brief conversation with him while we were standing in the coffee line. I don’t remember how we got on the subject of theology, but I do remember that he told me flatly, “You need to dump that obsolete theology.”

These moments serve as a microcosm of what has been happening in the denomination — again, not officially but certainly — for decades. And the Confessing Movement has done us a great service by keeping our attention on crucial theological anchor points. Its leaders have reminded us that our denomination does have doctrines and that our doctrines matter. They are not merely academic abstractions nor are they essentially human contrivances. They come from God’s loving heart, revealed in God’s loving, holy, action.

For the faithful witness of the Confessing Movement, I say thank you.

Rankin is an author, retired university chaplain at Southern Methodist University and director of the Spiritual Maturity Project.