One of the focal points was the question of whether a special session of the Germany Central Conference can be held despite the postponed General Conference — the top legislative assembly of The United Methodist Church. In addition, the participation of European United Methodist bishops by video conferencing led to detailed discussions about the impacts of the Ukrainian war and other topics.

For the Germany Central Conference, the executive committee decided to hold a special session Nov. 24-26 in Chemnitz. Restrictive provisions apply to special sessions of a central conference. For that reason, the executive committee decided to limit the agenda to essential and urgent items. Regular reports from committees, administrative departments and commissions will not be handled.

In particular, the decisions of the German executive committee in November 2020 require discussion and approval through a resolution of the central conference. Since that time, regulations related to human sexuality and the formation of a separate fellowship for those with traditionalist convictions have only been in force provisionally. 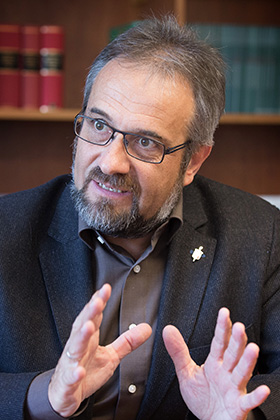 "The postponement of the General Conference unfortunately means that the worldwide urgently needed clarification is further postponed," said Bishop Harald Rückert of the Germany Area after the meeting, explaining the far-reaching consequences of the postponement of the denomination’s highest legislative body. "In Germany we have worked out a reconciliatory path which, however urgently, needs to be discussed and approved by the central conference."

The other is about the “future operations and structure of the United Methodist Church in Germany” commissioned by the last central conference. The proposals worked out by a planning group are a “strong impulse toward a balance that is new and at the same time appropriate for our Methodist identity, a balance between congregation and church, as well as between full-time and voluntary work.” The finalized draft is ready for decision, which is why the executive committee is asking the central conference to take the necessary provisions to make the results fruitful for the operations of the church. 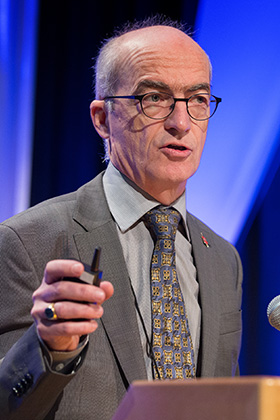 During the meeting, there was video conferencing with the European bishops Christian Alsted, of the Northern Europe and Baltic Episcopal Areas, and Patrick Streiff, of the Central Conference of Central and Southern Europe. It is the third “encounter” of this kind, which has been described by the members of the executive committee as very helpful.

“That promotes mutual understanding of the differences among our European central conferences,” said Rückert, describing his impression of the conversation. In this way, a “deeper community can grow” and “prayer for one another becomes more concrete and empathetic because we know more about one another.”

The members of the church council asked questions in particular about the war in Ukraine and how the denomination was dealing with it. Although The United Methodist Church in Ukraine is small numerically, the congregations there offer their churches and community centers as places of refuge for refugees. On the part of the Eastern European church, there is a clear condemnation of the war, both bishops explained. There are also courageous statements about the war from parts of the church in Russia. In particular, Bishop Eduard Khegay of Moscow, who is responsible for the Eurasia region, has taken a clear position despite the risk.

The few and mostly small United Methodist congregations in the countries bordering Ukraine are making an enormous effort to offer people shelter, meals, pastoral care and comfort. Across Europe, the church coordinates its offers of help to provide the best possible and sustained aid. 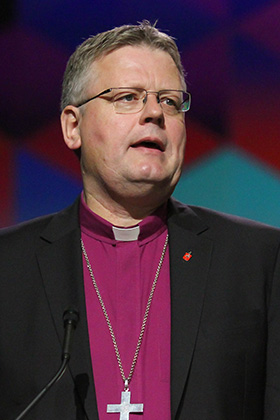 In Germany, too, many congregations have taken in refugees from Ukraine, often in cooperation with local ecumenical partners. The German EmK-Weltmission has already forwarded donations of over 300,000 euros to the coordination office of the Central and Southern Europe Central Conference in Zurich. That office is coordinating the assistance provided by the European United Methodist Church and other Methodist churches active in Europe in response to the war.

The discussions with the European bishops also focused on the effects of the announcement that at the beginning of May, a new, worldwide, traditionalist-oriented Methodist church will be formed. It will split off from The United Methodist Church under the name Global Methodist Church.

Streiff and Alsted see in the reconciliation work of the German roundtable a sign of hope “that it is possible to stay together despite differing convictions.” From the work of a roundtable formed for the church in Central and Southern Europe grows the hope that more annual conferences than originally thought will be open to a reconciliatory path and want to remain part of the worldwide denomination. The roundtable set up for Northern Europe and the Baltics, which had been temporarily discontinued, has also taken up its work again.

An ambulance, fully loaded with medical supplies, was recently provided to Ukraine by the church in the Czechia. Since Russia has been targeting the Ukrainian power grid, churches are also sending generators, batteries, lamps and reflective vests.
Local Church

Aging congregations and expensive buildings are plaguing many churches, but there is an upside. Church leaders are starting to get innovative about how their real estate is used, and that could be the road to a sustainable future.
Bishops

The district superintendent of Northwestern Switzerland was elected Nov. 18 on the fourth ballot, receiving 41 of 68 votes cast.