United Methodists are wrestling with what’s next in a multinational denomination still deeply divided over the role of LGBTQ Christians.

Some 350 U.S. United Methodists staked out their position during a May 17-18 gathering, launching a movement centered on voices they see as too often marginalized — namely people of color and queer and transgender individuals.

Organizers see the work started at the Our Movement Forward summit as both influencing The United Methodist Church from within and potentially leading to a completely new denomination.

The Rev. Carlos S. Reyes Rodríguez, one of the event’s organizers, set out the goal for the gathering at Lake Harriet United Methodist Church in Minneapolis.

“We intend to articulate the vision, values and non-negotiables of a church that prioritizes and does not compromise queer liberation,” he said. “In particular, we are interested in igniting our collective passion for a fully inclusive church.”

By acclamation, those gathered approved a statement about the movement. The statement serves as a preamble to a proclamation that includes the vision, core values and commitments discussed at the meeting. The event's organizers completed the proclamation after the summit.

“We dream of a just and loving church — one that is relevant, growing, and ignited by the life-giving and world-changing power of the Holy Spirit,” the preamble says. “Our passion for justice is only surpassed by our hope in Christ Jesus. And as people of faith, we proclaim that the Good News of Jesus Christ is for all.”

The meeting, which was open to any who wanted to attend, drew together a number of leaders from congregations and U.S. conferences — church regional bodies — that have long supported LGBTQ equality.

The meeting’s chief organizer was the group UMForward, which formed last year to back the Simple Plan at February’s special General Conference. That plan would have removed all church restrictions related to homosexuality.

Instead, a majority of delegates at the lawmaking assembly adopted the Traditional Plan, legislation that maintains the policy that the practice of homosexuality is “incompatible with Christian teaching” and reinforces bans on same-gender weddings and “self-avowed practicing” gay clergy.

In recent years, a number of United Methodists including whole conferences have publicly defied these prohibitions. Since the special General Conference, multiple United Methodist churches have displayed their rejection of the Traditional Plan by wrapping rainbow flags around their church crosses. Among those congregations is event host Lake Harriett United Methodist Church, whose members eagerly volunteered to help at Our Movement Forward.

The next regularly scheduled General Conference will be in May 2020. Traditional Plan advocates express confidence they can strengthen the legislation still further, revising portions that the Judicial Council — the denomination’s top court — struck down as violating the denomination’s constitution. Among the portions struck down are requirements that conferences certify they will uphold standards on homosexuality — or be removed from the denomination. 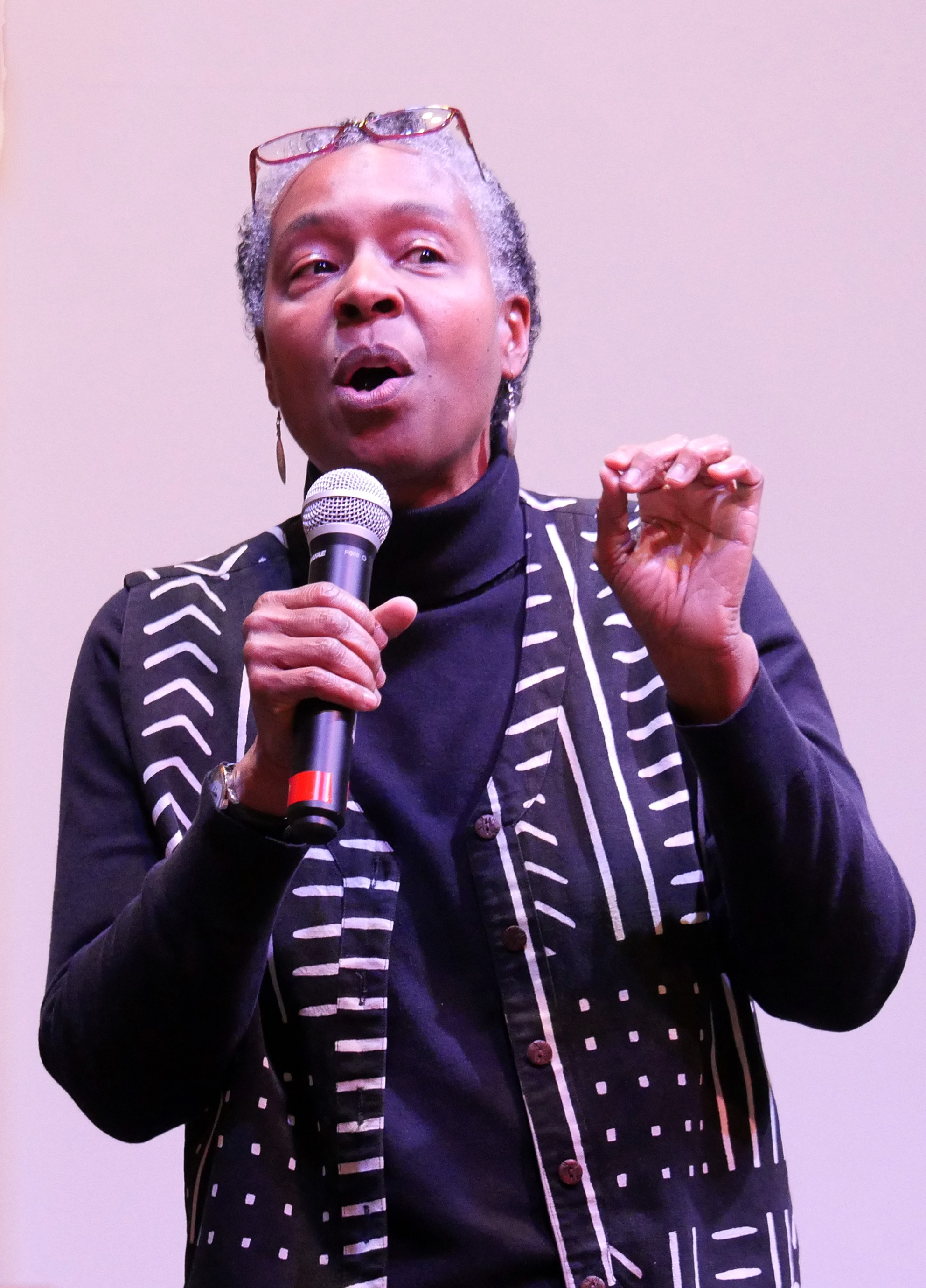 The Rev. Traci C. West speaks about practicing radical solidarity at Our Movement Forward pre-conference on May 17 at Lake Harriet United Methodist Church in Minneapolis. She along with the Revs. Tyler Sit and Alex da Silva Souto were co-conveners of the conference that lasted through May 18. Photo by Heather Hahn, UM News.

In the meantime, United Methodists who oppose the Traditional Plan are planning next steps, including potentially finding ways to break up the denomination.

On May 20-22, a group of about 600 U.S. church leaders are meeting for UMCNext at Church of the Resurrection in Leawood, Kansas, the United Methodist church with the largest attendance in the U.S. That meeting is open to only selected participants and precedes a September meeting that will be open to all.

A contingent at the Minneapolis meeting also planned to attend UMCNext.

But many at the Our Movement Forward gathering made clear they were not interested in going in a centrist or moderate direction.

“Jesus was not a centrist or a moderate. Jesus is a liberation-oriented radical,” the Rev. Jay Williams said to applause during a panel discussion. He is the openly queer pastor of Union United Methodist Church in Boston.

“In the wake of the passing of the Traditional Plan and all of the talk about what’s next, I believe the church might be its best self by following the Jesus of the Gospels.”

During the gathering, participants could explore one of three tracks:

By far the best-attended track dealt with creating a new movement. A frequent refrain in small-group discussions was a desire to have a radically different structure than the current denomination, leaving behind the current hierarchy of bishops and the clergy appointment system.

The Rev. Jennifer Kerby, pastor of Mount Lebanon United Methodist Church in Wilmington, Delaware, told UM News that at this point, she is interested in “birthing something new.”

“The Methodist Church has been my life and my love, but it is way past time for it to embrace all the people,” she said. “I’m here to help pray us through that birthing process.”

But as many mothers can attest, giving birth isn’t easy — and that’s just as true for birthing a new denomination. During the gathering, people could sign up to work on teams engaged in various actions to explore what a new connection requires.

Not everyone at the gathering supported leaving the denomination or people who have different views of LGBTQ ministry.

“I am a recovering homophobic,” the Rev. We Hyun Chang, a district superintendent in the New England Conference, told those gathered. He said he changed his views only because of contact with other people. “The last time I checked, people change because of contact, not because of ideas,” he said.

Tony Christian-Walton, an openly gay African-American, helps lead a house church as part of Saint Junia United Methodist Church in Birmingham, Alabama. He was among those looking to start something new. But he also spoke with great sympathy for people who are risking their livelihoods — especially clergy.

He said after the special General Conference, his pastor called him almost in tears and apologizing for what happened.

“I told him I am going to be with you because you have a lot more at risk than I do,” he said, adding that his pastor, the Rev. Dave Barnhart, has stood by him.

Throughout the summit, speakers talked about how a church that follows Jesus practices “radical solidarity.”

The Rev. Traci C. West, one of the summit’s co-conveners, explained that phrase during a webinar ahead of the gathering. Practicing radical solidarity, she said, requires both humility to listen and bold risk-taking to stand by those on the margins.

“Radical solidarity is an ongoing process reliant on God’s grace,” she stressed. “It wouldn’t be a Methodist movement unless we talk about grace.”