For the Rev. Myra Maxwell, a pastor in Philadelphia, the city’s escalation in shootings and murders hits hard and close to home. She has lost a family member and friends to violence.

The City of Brotherly Love recorded 499 homicides last year, a 40 percent increase from 2019 and the second most since 1960. By mid-March this year, there were more than 112 firearm murders and nearly 400 shootings, including many child victims. 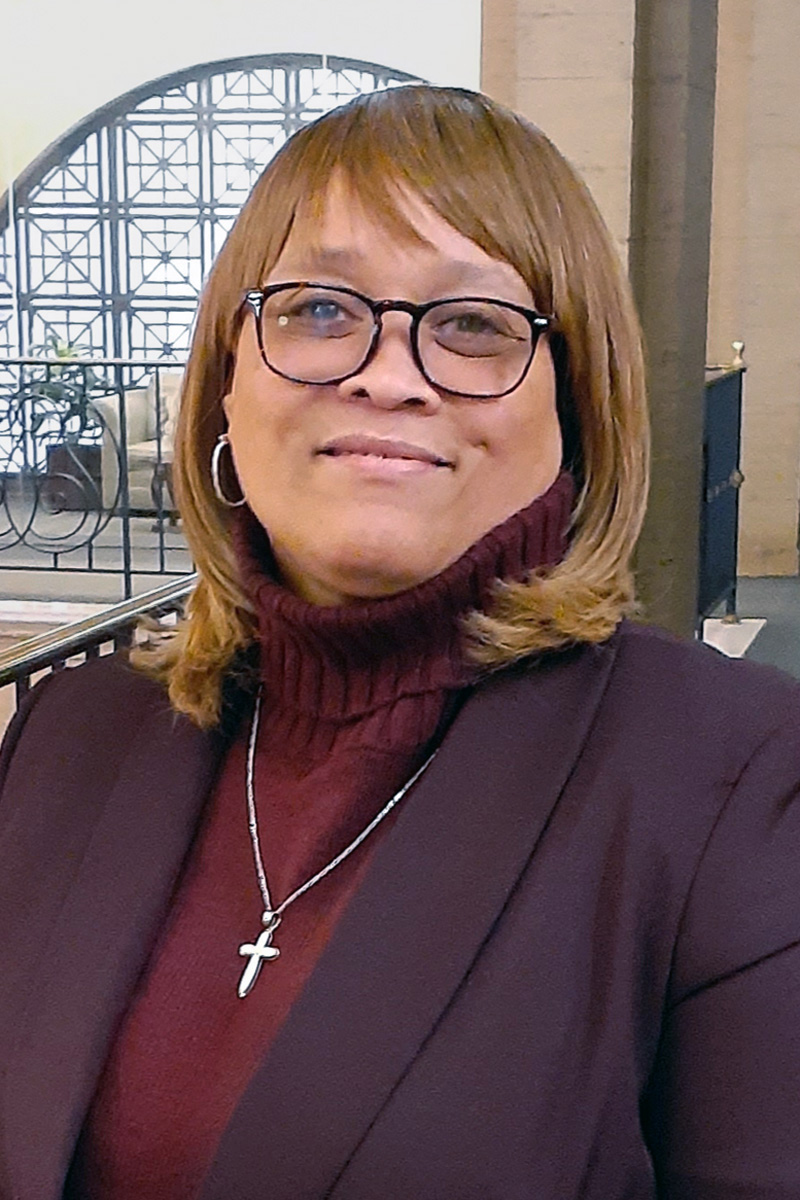 The Rev. Myra Maxwell, pastor of Trinity United Methodist Church in South Philadelphia, directs the district attorney’s CARES program — Crisis Assistance, Response and Engagement for Survivors — that helps distressed families of homicide victims. Photo courtesy of the Eastern Pennsylvania Conference.
And this city isn’t suffering alone. Across the country there were 4,000 more homicides last year than in 2019 — a bloody carnage that far exceeds that of the mass shootings occurring recently in other cities.

“When an incident happens the police notify us first so we can work with the family on the scene,” she said.

The COVID-19 pandemic has prevented much onsite contact. But Maxwell and her team help grieving families to identify their deceased loved ones at the medical examiner’s office. Then they connect these “co-victims,” as she calls them, with a patchwork of largely unknown victims services providers.

“Our role is to be there to support the family for about 45 days, to walk with them through this very difficult process,” she explained. Sometimes that includes discouraging friends and family members from seeking violent revenge.

Her work is so crucial and effective that the 3-year-old program was recently refunded $1.2 million by the Pennsylvania Commission on Crime and Delinquency for the next three years.

Virtual Urban Summit: Part 2, sponsored by the Eastern Pennsylvania Conference’s Urban Commission, will be 10 a.m. to noon U.S. Eastern time May 1. The event also will include an afternoon Virtual Urban Youth Summit, from noon to 2 p.m., for youth only. Both Zoom events are free, but advance registration is required.

The first session of the summit was held April 24 and featured the Rev. Rudy Rasmus, co-pastor of St. John’s Downtown United Methodist Church in Houston, and the Rev. Rashawn Clark, pastor of New Spirit United Methodist Church in Atlanta. The two shared their experiences and insights about, respectively, “Engaging Communities in Change” and “Doing Spiritually-Focused Urban Evangelism.” The recorded session will be posted soon on the Eastern Pennsylvania Conference’s website, along with the “Policing in African American communities” online meeting.
An outspoken child survivor of sexual assault, the pastor also runs a nonprofit she started in 2005. It’s one of her many efforts to help victims of assault and other crimes overcome trauma and find what she has found: psychological and spiritual restoration.

While she values, from her own experience, secular support and therapeutic counseling for victims and their families, she also knows the importance of addressing spiritual wounds.

Many churches only think of prayer and protest as viable responses to rampant street violence. But Maxwell encourages them to also consider volunteering to assist victims and grieving families of the deceased or injured. She offers the needed training and support through her nonprofit group, FAVOR International.

“It’s important that our faith communities are engaged because we offer secular types of therapies for people to cope with their traumas, but that’s not enough” she said. “A lot of people need help with their spirituality and faith in recovery, and some therapists are not comfortable with doing that.”

Maxwell will share that message and other ways churches can help victims at a Virtual Urban Summit, sponsored online by the Eastern Pennsylvania Conference’s Urban Commission, on May 1. Her topic is “Combating Violence through Faith-Based Healing.” Recipient of a 2021 Denman Evangelism Award for her busy pastoral outreach ministry, she also co-chairs the commission.

The summit will feature another presenter, the Rev. Joseph W. Daniels Jr., pastor of Emory Fellowship United Methodist Church in Washington, D.C., who will share his wisdom about “Pursuing Urban Partnerships, Development and Renewal.” 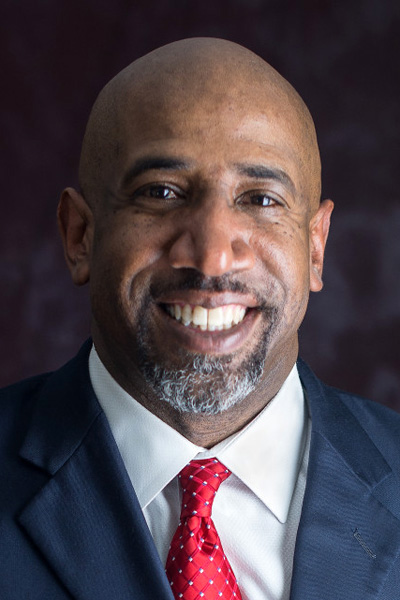 Saturday’s Summit also will include an afternoon Virtual Urban Youth Summit. Led by a trio of facilitators, young participants will explore their own perspectives on life’s challenges and ministry opportunities in a town hall-style discussion.

They too will address concerns about the violence and trauma in their communities, as well as substance abuse, racism, educational and economic inequities, and other concerns. And they will envision ways to become peer advocates for social change.

But as conference and church leaders seek remedies to rampant violence and its daily death toll, they also look for ways to address the lethal violence that too often results from policing in African American communities. That was the topic of an online meeting April 22 that drew over 50 participants, just two nights after former Minneapolis police officer Derek Chauvin was found guilty of murdering George Floyd.

Community leaders talked about their positive encounters with police through conversations, community events and public forums. But they also discussed the distrust and complaints many have about apparent biases and attitudes of some officers and the need for better recruitment, training and community relations. Philadelphia police have been criticized for abusive actions during protests after Floyd’s murder last summer. 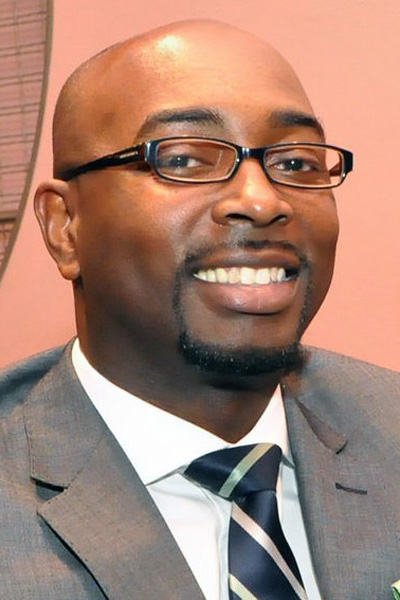 The committee that sponsored that event is part of “Fight for Floyd and Beyond,” an anti-racism in policing education and advocacy initiative launched by the conference’s Urban Commission in July 2020 after Floyd’s death. Another committee organized a letter-writing campaign in December, urging state and local political leaders to support a list of policing reforms.

The letter’s intent, wrote its authors, was to “encourage individuals, congregations and community groups to discuss the issue and then prod politicians to actively engage in police reform.” Those discussions and advocacy efforts are ongoing.

Coleman is communications director for the Eastern Pennsylvania Conference.

Because United Methodists value life, we reject suicide, medically-assisted dying (euthanasia), and capital punishment. United Methodists seek, advocate for, and offer life-giving ways in response to and instead of these threats to life.
Social Concerns

Ahead of a vote on an amendment to the Kansas state constitution, the United Methodist Church of the Resurrection took on one of the most divisive issues in its state and the United States at large in a town hall on faith and abortion.