Kindergarteners in the Hanwa Community can learn and play closer to home with a new state-of-the-art early childhood development center and playground.

The $51,000 facilities at Hanwa Mission School are the result of a partnership between The United Methodist Church’s Zimbabwe Episcopal Area and Zimbabwe Volunteers in Mission from the Baltimore-Washington Conference.

For more than 20 years, the Volunteers in Mission team has been working to improve lives in the rural Murewa UMP District. They have helped construct primary and secondary school blocks and built a borehole that supplies water to the mission school and village, among other projects.

Speaking during the dedication ceremony Feb. 8, Bishop Eben K. Nhiwatiwa said the center will go a long way in bridging the gap between urban and rural educational facilities.

“Today is a major milestone in our children’s education as we prepare them for a better future,” he said.

The development center, which features a spacious learning room and standard playgrounds, offers children from local communities easier access to early education. Before the center, kindergarteners had to walk more than four miles to attend other schools. 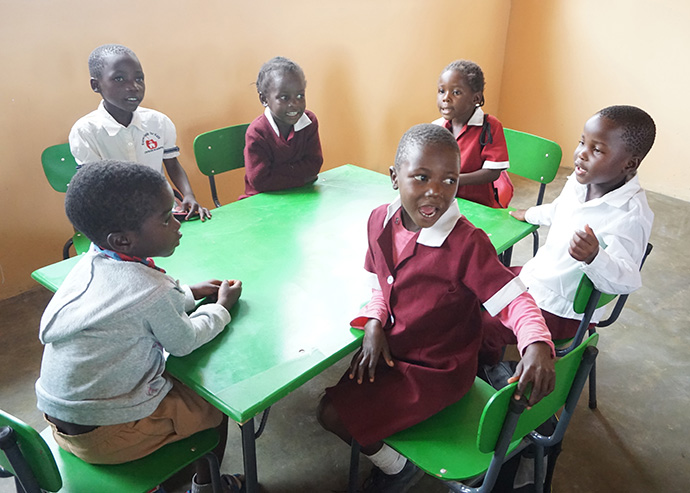 Despite Zimbabwe’s high literacy rate, the bishop said, more needs to be done in rural areas where children have to travel long distances for an education.

“I am convinced that our educational facilities are commendable … but we still have to continue assisting the rural communities that have been disadvantaged as compared to their urban counterparts,” Nhiwatiwa said.

The bishop also commended the church in meeting government standards expected in new construction, adding that the center is a reflection of the cooperation between the church and the Ministry of Primary and Secondary Education in the country.

According to the ministry’s requirements, all classroom blocks have facilities that cater to people living with disabilities, including ramps at entrances and exits.

“I am so delighted to be handing over this project to the Hanwa Community after all the hard work by the involved parties. And let me assure you that we shall continue working with the communities in need,” he said.

Moore said his team surpassed its fundraising goal by more than $40,000.

“We are so grateful to (church members) from Community United Methodist Church (in Crofton, Maryland) and well-wishers from the United States who have shown their kindness in helping” with this project, Moore said. 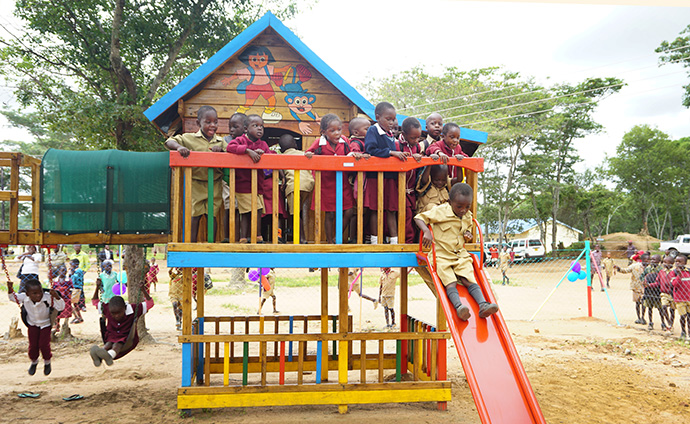 The Rev. Alan Masimba Gurupira, administrative assistant to the bishop, said Hanwa School, which opened in 2001 in a farmhouse, is now the envy of schools across the country. The mission school has electricity in its classroom blocks, running water, computers for the administration staff, and Wi-Fi services provided by the government.

“I am overwhelmed with the developments on the ground. It demonstrates that the church has the community at heart. We have great vision for Hanwa, which includes development of the farming department and upgrading the schools to a boarding facility,” Gurupira said.

During the dedication ceremony, some of the students at Hanwa Mission School recited poems thanking the church and Volunteers in Mission team.

“From the beginning you were very much in support. You built the classroom block and fenced the play center. Then you equipped it with all the necessary play facilities. You really care,” she said.

Ten-year-old Norman Kaisi echoed those sentiments in his poem.

“Charlie Moore and your team, you are our light shining in our lives. Without you is a dark future. We appreciate all the good works that you do to our school,” he said.