Dozens of children tussled to catch the ball, yelling in delight as it flew from one pair of hands to another. The deafening noise attracted some adults who looked on, oblivious of the dust rising all around them.

Recently, at Mashambanhaka Secondary School, pupils, their parents and members of the community celebrated the construction of two classroom blocks by Community United Methodist Church in Crofton, Maryland.

“In the few years since The United Methodist Church took over the administration of this school, we have seen great changes, including the modern buildings built here,” said Chief Douglas Nyajina of Uzumba.

The traditional leader said he hoped the church would continue to nurture and develop the school. “It is my wish to see Mashambanhaka develop into an institution of higher learning, even a university,” Nyajina said. 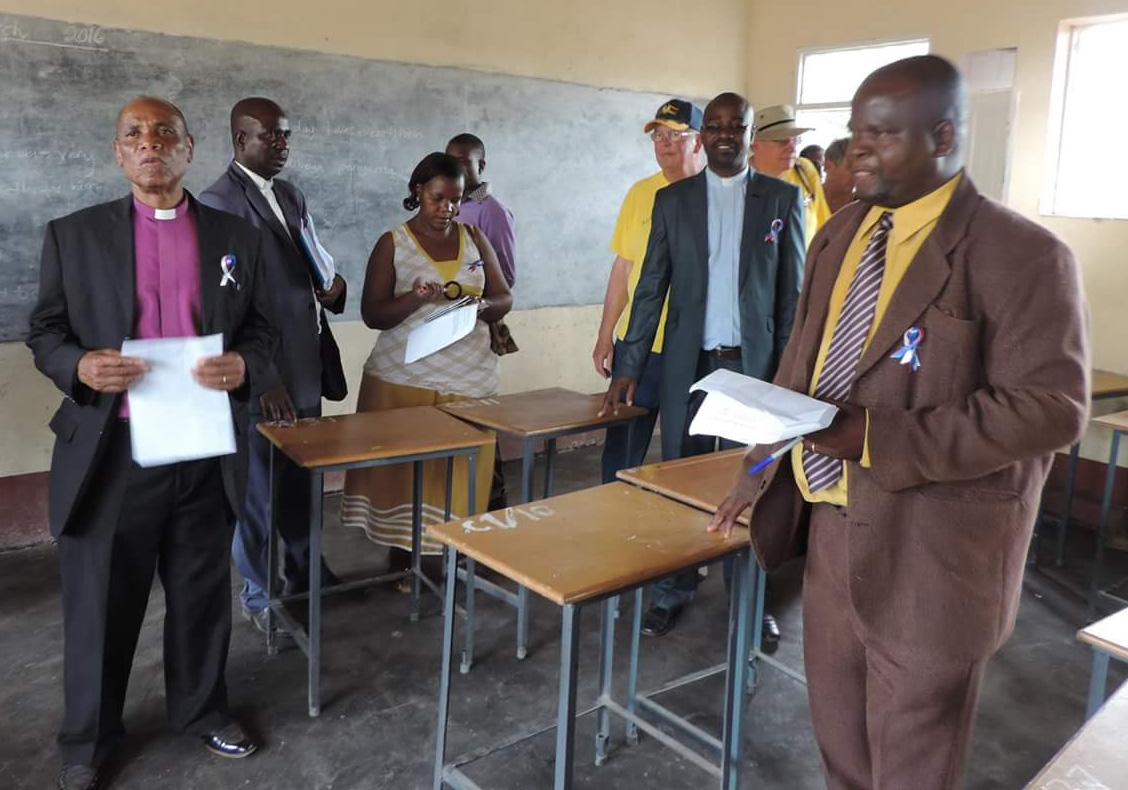 United Methodist Bishop Eben Nhiwatiwa (left) joins a tour of one of the new classrooms. Photo by Eveline Chikwanah

The Rev. Samson Muzengeza, who is in charge of the mission center, said the school is yet to be registered with the government's Ministry of Education.

“We are currently a satellite school because we do not have the infrastructure required for us to register as a full-fledged school,” said Muzengeza.

One of the requirements is a house for teachers, which is nearing completion.

“Another vital component is a strong room for safekeeping of public examination papers,” Muzengeza said. “We are yet to find the finance for it since we cannot rely on school fees whose payment by parents is very erratic. The strong room is estimated to cost about $2,500.”

Pupils who complete O-level studies at the school are currently registering at neighboring Chikuhwa Secondary School for their public examinations.

Muzengeza said completion of the two classroom blocks by Zimbabwe Volunteers in Mission was a major development for the school. “It is a milestone in the life of Mashambanhaka, the first new mission station of The United Methodist Church in Uzumba area,” he said. 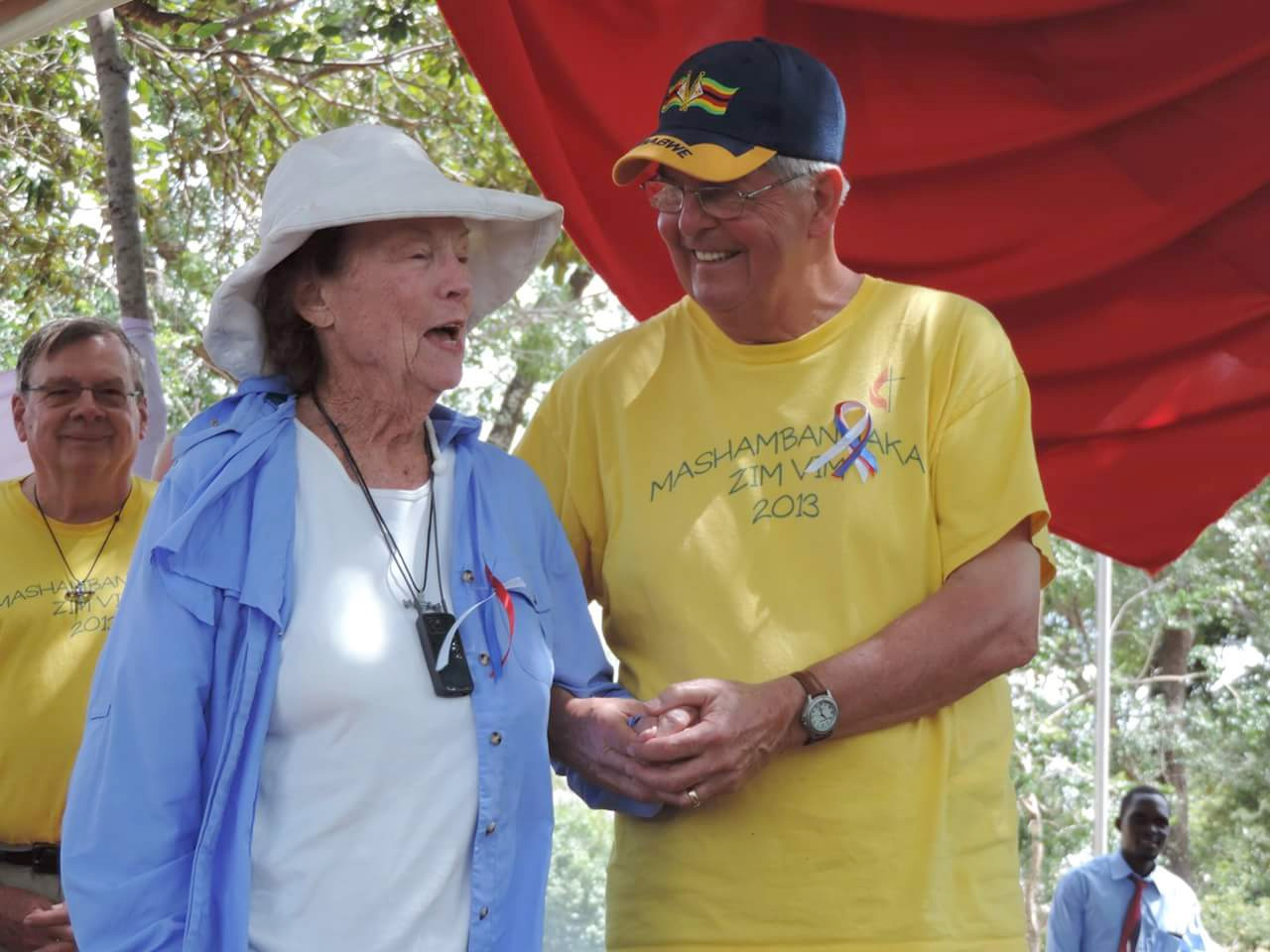 For the 14-member delegation from Crofton, this year's trip was an emotional journey as they brought the ashes of Cleo McCoy, one of the founders of the 19-year-old partnership between the Baltimore-Washington Conference and Zimbabwe West Conference's Murewa District for interment at Murewa Mission Cemetery.

Charlie Moore, who led the team, described the journey as a moving experience. “Half of Cleo's ashes were buried at home last year, and we brought the remainder here because she wanted to return home to Zimbabwe,” he said.

Moore said the local community was anxious to know which part of McCoy they were burying.

“I told them it was her heart, for she really loved the people of Murewa District.”

He said McCoy and Emily Frye first came to Zimbabwe in 1997, and the following year they spent six weeks at Murewa Mission teaching women how to sew. They had compassion for children and endeared themselves to the community, who called them “gogo,” a local term for grandmother.

Upon their return to the United States, they traveled to 30 or 40 churches and raised $40,000, which helped to establish orphan trusts in Zimbabwe. The Emily/Cleo Orphan Trust at Zaranyika United Methodist Church is still active.

“Today would not have happened if it were not for them,” Moore said. “We are all Emilys and Cleos, and their spirit lives on through us and the work we are doing. McCoy was buried alongside Frye who died in 2012.

“This is my first trip to Zimbabwe,” said Burrill, who immediately earned the title of “gogo.” “I wanted to come and see God's work and am humbled by the experience.”

Especially touching for her was the experience of assisting mothers and their babies living with HIV at Project Tariro at Old Mutare.

“We brought clothes for the babies and gave each mother a present,” Burrill said. “The experience of seeing the joy on their faces is far different from just writing and sending a check.”