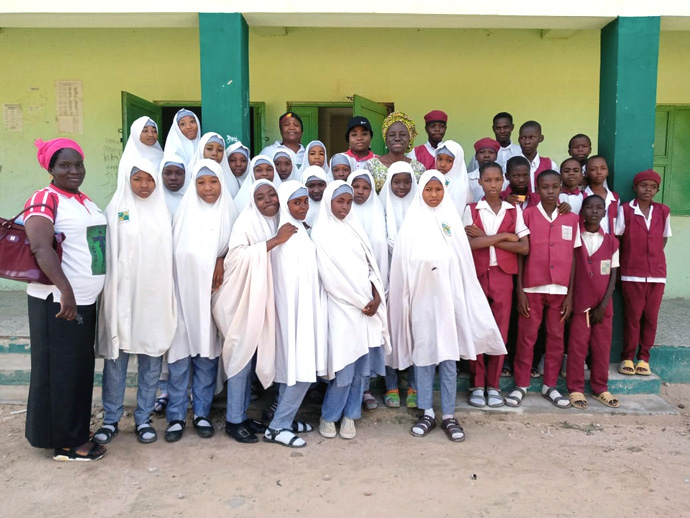 Terrence Ryans and the Rev. Kimberlynn Alexander met the Rev. Neelley Hicks at an extreme time of trauma for both of them.

It was at the visitation for the Rev. Autura Eason-Williams, a United Methodist district superintendent who was killed in an apparent carjacking outside her Memphis home on July 18.

Hicks, a United Methodist deacon and founder of Nashville-based Harper Hill Global, was on the cusp of offering training for Triumph Over Trauma, a seven-week psychoeducational program for people going through trauma, and she explained the training to the two leaders of St. Matthew’s United Methodist Church in Memphis.

“The trauma was very raw and real for the Rev. Kimberlynn Alexander and I.”

The two had spent several hours with Eason-Williams the night before her murder, talking to her about their ministry with homeless women and children.

Because of that chance meeting, both were part of the first Triumph Over Trauma training for facilitators in the U.S. held online Sept. 15. They plan to share the program with the homeless women housed at the John Meeks Center at St. Matthew’s.

Triumph Over Trauma is the outcome of work Hicks was doing in Africa for survivors of sexual violence in East Congo. She worked with United Methodist conferences to establish the Mama Lynn Center where rape survivors can heal and learn skills for employment. 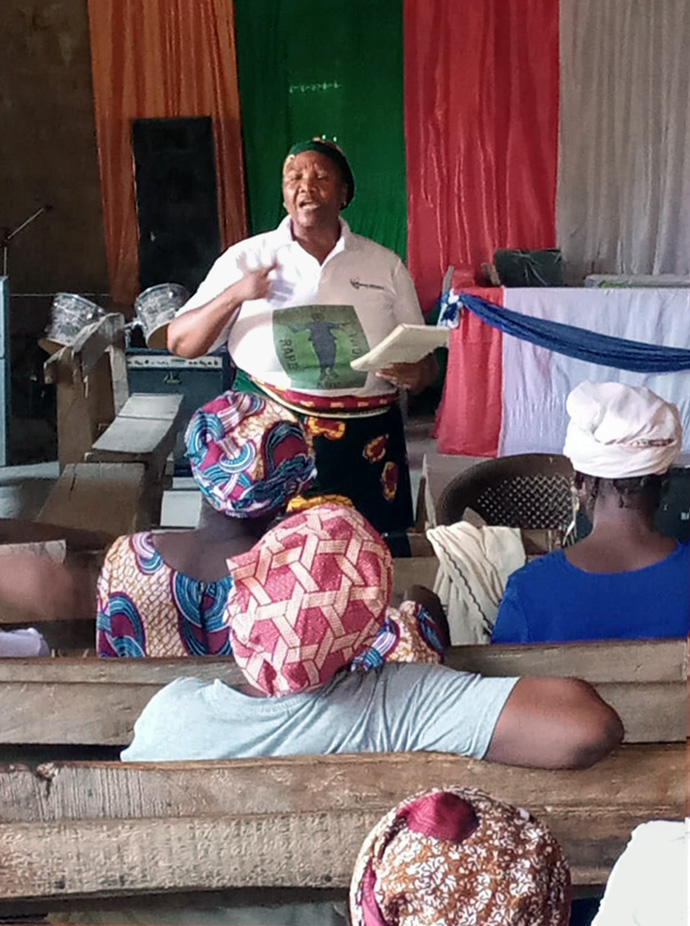 Doris Adamu Jenis leads a Triumph Over Trauma session at Madaki United Methodist Church in Gombe. Those attending are members of the women’s fellowship. Jenis recently set up her own nongovernmental organization, Triumph Over Trauma and Stigma Initiative, after receiving training from Harper Hill Global. Photo by Rahila Jenis Kureh, a facilitator of Triumph Over Trauma.

Doris Adamu Jenis, a former United Methodist Women leader for the Northern Nigeria Conference, came to Hicks and told her such a place was needed in Nigeria. Women in other parts of Congo also said that the Mama Lynn Center was too far away.

“I felt sad, but I don’t feel called to build women centers everywhere,” Hicks said. “But I thought, ‘What if I could find a model that can be used in buildings that already exist?’”

She began praying and looking for resources. She found Joan Gillece, director of the Center for Innovation in Health Policy and Practice, who was using TAMAR (Trauma, Addiction, Mental health and Recovery), a 30-week curriculum that has been used in correctional institutes for two decades.

Hicks knew 30 weeks was too long for churches or other religious settings, so she started working with Gillece and her team on a seven-week course.

Jenis had online training last fall and early in 2022 and began sessions in Nigeria and Uganda in March. So far, they have reached over 1,500 people, Hicks said. Jenis is expanding on the Harper Hill Global curriculum and recently set up her own nongovernmental organization called Triumph Over Trauma and Stigma Initiative.

“I encouraged the Rev. Neelley to embark on this program in Nigeria because of the rampant cases of mental health problems due to insecurity in the country and cases of rape that have eaten deep into our society and other forms of abuses,” Jenis said.

The program has helped people voice their experiences, she said. One participant told Jenis she had been holding a grudge against a man she believed caused her son’s death. After the training, she was able to forgive him.

“She said it felt like a burden had been taken off her chest,” Jenis said.

Jenis said they try to make people understand what trauma is about, the causes and effects and the way forward, “because with the right knowledge and support, one will be able to heal.”

The program was so successful in Nigeria that Gillece asked Hicks if she would be willing to work on a similar program for use in the U.S.

Trauma happens wherever there are people living on the margins, said retired United Methodist Bishop Peggy Johnson. Hicks said she reached out to Johnson “because of her caring heart and experience.”

Johnson suggested people for Hicks to work with on developing the curriculum.

Triumph Over Trauma is available as a free downloadable training curriculum for facilitators. The online training is designed for participants to meet once a week for seven weeks. The bundle includes Christian, Islamic, Jewish and Native American context supplements, a “Guide to Inclusion” and facilitator debrief guide.

Hicks worked with different faith leaders, and curriculum has been written for Islamic, Jewish, Christian and Native American communities.

The Rev. Keith Caldwell, an elder in the Tennessee-Western Kentucky Conference, wrote a “Guide to Inclusion.”

“I contributed a guide for facilitators to recognize that many folks who participate in the workshops are coming from an entirely different worldview than the dominant narrative that centers white culture as the normative lens, to the point that it, by default, universalizes whiteness as the only means by which the material is pedagogically understood,” Caldwell said.

Caldwell said the program addresses both communal trauma and trauma that occurs at the individual level.

Eastin serves in the Illinois Great Rivers Conference, and Lacock in the Northern Illinois Conference.

“For Native Americans, historical trauma is a real part of their experience,” said Eastin. “There are generational and inherited traumas related to the colonialization and genocide that occurred on this continent to our own ancestors.

“Native people grow up hearing the stories and are aware of the great losses our people have endured. The consequences of that history include some of the highest rates of health and mental health problems, including addictions and depression and suicide.”

Eastin said she and Lacock are sharing the news about the curriculum with Native American pastors and congregations across the country and they hope to feature it at a national Native American Family Camp next year.

“Personally, I have sent the information to my Muslim and Jewish friends. I am excited there are supplements for those communities as well,” she added.

Johnson said she will be advocating for this “movement,” which is what she said this curriculum feels like.

“People who are incarcerated, people with loved ones in prison, people with addictions, people who are grieving from the death of a significant other or a family suicide are some of the places where this could be effective. The possibilities are endless.”

Hicks said the curriculum can be used in churches but also widely outside the church walls. Many churches open their doors to Alcoholics Anonymous, Narcotics Anonymous and other groups.

Harper Hill Global is working in alliance with the National Association of State Mental Health Program directors, who produced the curriculum, to widen the circle of those addressing the impact of trauma in the U.S. Hicks serves as a consultant for the association’s Faith-Based Initiatives.

The Rev. Collins Etchi Ako spells out some of the hardships he is up against in his work in Africa.
Bishops

Jurisdictions advised to elect 14 US bishops

Faced with denominational uncertainties, jurisdictional leaders are recommending United Methodists elect fewer U.S. bishops than there will be vacancies. But after a special session of the Northeastern Jurisdiction, all five U.S. jurisdictions expect to hold episcopal elections in November.
Theology and Education

Burundi's head of state, Evariste Nadayishimiye, inaugurated two primary schools and a technical school in the Gitega District. The schools, projects of The United Methodist Church in Burundi, feature 24 classrooms, and more than 2,000 students already have registered.