The theme for the gathering was “Act of Repentance: Healing the Wounds from Within.”

“Family Camp was always an opportunity for our Native community to stay connected,” said Cynthia Kent, chair of the Native American International Caucus. The camp hadn’t been held in nine years due to a lack of funding. “Some of the kids who attended when they were little are now here with their own kids.”

Kent said many important events have happened in the life of The United Methodist Church since the last camp, including the Act of Repentance Toward Healing Relationships with Indigenous People, which took place at the 2012 General Conference in Tampa, Florida.

“I think a lot of people thought the Act of Repentance was a show and that it was going to end there,” said Kent. “It’s the role of our Committee on Native American Ministries in each conference to say, ‘Wait a minute, that wasn’t a one-time show and there is a commitment from this denomination to work with indigenous people in ministry, within communities and on issues.’”

A panel of committee members from Delaware, New Jersey and North Carolina shared significant updates on the challenges they have faced since the Act of Repentance and how their annual conferences are working on behalf of Native people.

In New Jersey, Governor Chris Christie’s administration took away the state designation of the Nanticoke Lenni-Lenape as a tribe saying they no longer exist. Members of the tribe founded St. John United Methodist Church, one of the oldest Methodist churches in the United States, in 1841, and their descendants still attend today.

Tribal members have been in a five-year legal battle to regain their recognition as a distinct people and they called on Bishop John Schol, episcopal leader of the Greater New Jersey Conference, for help.

“It took a little time to get a response, but Bishop Schol did send an amicus brief to the court in support of the Lenni-Lenape people,” said Cynthia Mosley, a member of St. John. “We believe the bishop remembered the promise he and the denomination made to us in 2012.”

The lack of state recognition has had an economic impact on tribal members who are no longer able to apply for grants, sign off on arts and crafts as Native artists or apply for positions requiring proof of Native American descent. In July, the tribe had a small victory when an appeals court ruled that it could proceed with its civil rights lawsuit filed against the Christie administration.

The Peninsula-Delaware Committee on Native American Ministries has been working with conference staff to create an understanding of Native issues and to document historic relationships between the conference and Native people.

“The hard part was that they really wanted to work with us, but they wanted it to be done,” said Ragghi Rain, a panelist from the Peninsula-Delaware Conference and Family Camp co-coordinator. “We require many things. It has been a struggle, but we have to stand tall, keep a good heart, and not give in.”

Rain says two important things happened in her conference following the Act of Repentance. The first involved a minister who held season tickets to the Washington Redskins, a team that uses mascots and symbols considered disrespectful to Native Americans. In a show of solidarity and commitment to the Act of Repentance, Rain said, the minister gave the tickets up.

The second was related to a request by the Committee on Native American Ministries that the conference give property back to the Native people in the area when a church is closed instead of selling it. Earlier this year, Union Wesley United Methodist Church in Crisfield, Maryland, which closed in 2012, was transferred to the Accohannock Tribe of Maryland. The tribe plans to use the site for a community center. 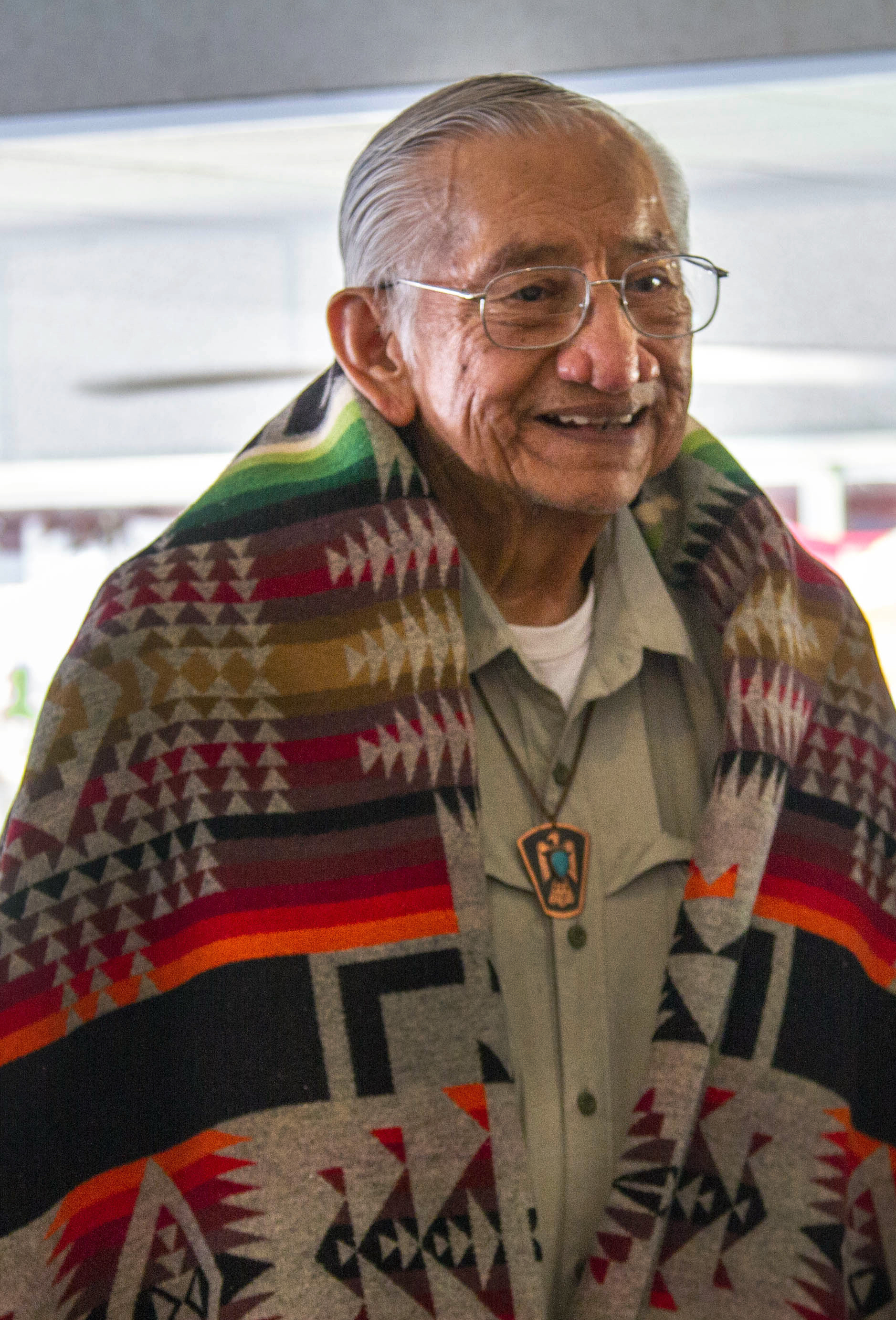 The Rev. Homer Noley founded  the National United Methodist Native American Center and has been an advocate for Native Americans since the 1960s. Photo by Ginny Underwood, UMNS.

A highlight at Family Camp was a luncheon honoring the life work of the Rev. Homer Noley, a member of the Choctaw Nation, founder of the National United Methodist Native American Center and advocate for Native Americans since the 1960s. Noley wrote a series of books, including “The First White Frost,” which documented the activities of Methodist missionaries with Native Americans from the 1600s to modern day.

“Many times, Homer was standing alone when people didn’t want to hear him, when they did not want to consider Native Americans,” said the Rev. Ken Locklear, district superintendent in the North Carolina Conference. “He was able to bridge Christianity and Native spirituality. He helped people understand that we were a Christian spiritual people before Christianity ever arrived here.”

“Because of the seminary awards established under Homer through (the National United Methodist Native American Center), our pastors were not only able to go to seminary, they were inspired to go to seminary,” said Locklear.

Homer, attending with his family, said he was glad to see Native people continue to advocate for their rights with The United Methodist Church. He said he didn’t want to take credit for work that was beyond just a single writer.

“Everywhere I went, I found people who were thinking the same things I was thinking,” said Noley. “I’m grateful to see that you are still working, just as hard as we did in the early years.”

Noley encouraged participants to continue to work with schools of theology, saying they are places with like-minded people who want to see Native people advance in ministry.

The Family Camp participants also acknowledged 27 Native leaders who passed on during a memorial service led by the Rev. Lois Neal from the Oklahoma Indian Missionary Conference.

Culture and children at Family Camp

Family Camp kept the tradition of having culturally oriented activities for youth and children daily. In addition, their activities included general education about the church.

“I wanted to make the youth aware of what The United Methodist Church is. I wanted them to be aware of where Native Americans fit in within the church,” said Ann Saunkeah, Family Camp youth coordinator. “We talked about the conference, jurisdictions and the Act of Repentance.”

The youth also shared their own traditions, language and songs with each other.

“One of the things I will take away from here is that we are all together as one,” said 15-year-old Allie Mosley of Bridgetown, New Jersey. Mosley also serves as the Nanticoke Lenni-Lenape tribal princess.

Because funding continues to be a challenge, the Family Camp coordinators plan to hold the event every other year.