To see United Methodist mission in action, check out the ministry of a husband-and-wife team of missionaries in Côte d’Ivoire.

Together, Francine Mpanga Mufuk and the Rev. Jean Claude Masuka Maleka — both from the Democratic Republic of Congo — wed the work of evangelism and development.

Helping to make their missionary work possible is financial and prayer support from diverse local churches — with perspectives across the denomination’s theological spectrum.

At a time when many United Methodists are debating whether the church should stay united, Maleka points to missionary work as something that binds the denomination together.

“As a missionary, I pray for the unity of the church,” he said. “God is God of all, no matter who you are.” 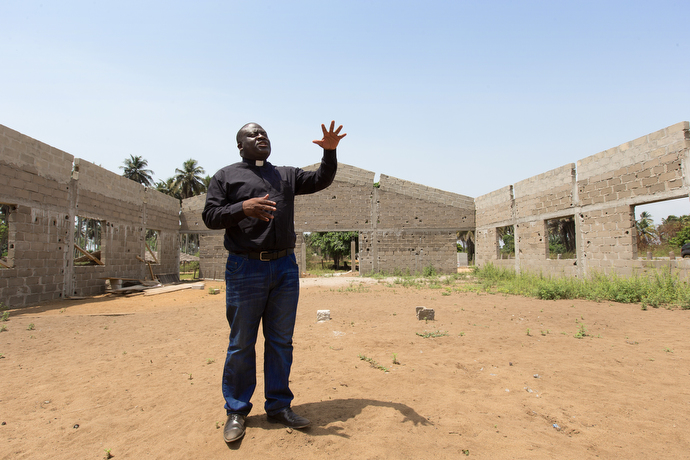 The Rev. Jean Claude Masuka Maleka hopes to raise funds that would allow him to complete construction of a new United Methodist church in the village of Akrou, Côte d'Ivoire.
Maleka plants churches in a nation where the denomination has plenty of room to grow. Christians comprise a bit over a third of the Ivoirian population.

Mpanga Mufuk empowers young women with practical skills and strengthened Christian faith. Many of them are survivors of violence.

“We are going to reach our goals,” she said, “so that they can say: ‘Yes, I am United Methodist. It’s because of missionaries being in Côte d’Ivoire that make us to be what we are.’” 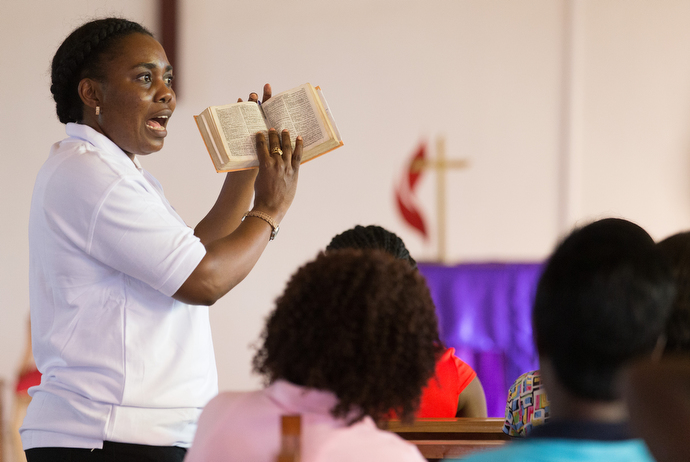 Her husband sums up their ministry this way: “We have trained many people and baptized many people to respond to the gospel of Jesus Christ.”

Bishop Benjamin Boni, who leads United Methodists in Côte d’Ivoire, witnessed the impact of their ministry when he led the dedication of a United Methodist-built well in the village of Niangoussou.

“The chief in the village, as is the custom, was the first to drink from the well,” Boni said through an interpreter. “He was so happy, he had to bless the name of God.”

The missionaries, Boni added, “are very close to the people, which is why they are appointed to one of the very important churches in Abidjan.” 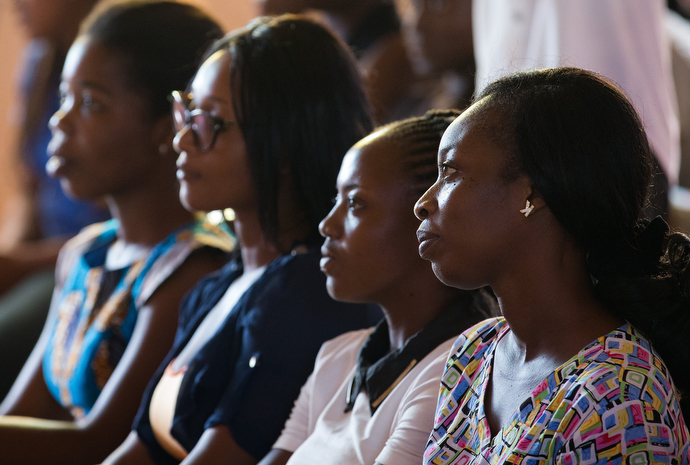 How to help missionaries 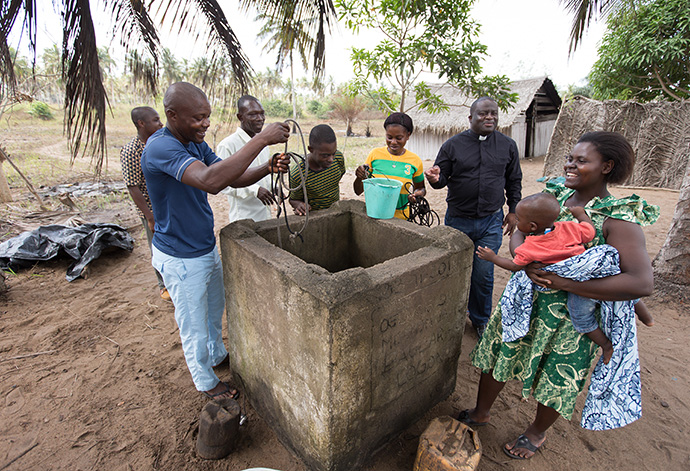 You can support United Methodist missionaries by giving to the Advance, the denomination’s designated giving program.

Evangelism and Church Planting in Cote d’Ivoire receives support through Advance No. 3021990.

Watch audio slideshow about their ministry

Since his arrival in 2015, the Nazareth congregation has grown from 300 to more than 700 members. To accommodate its growth, the congregation is planning a fundraising campaign to build a bigger sanctuary.

Maleka also has helped plant six new churches — mostly in the northern part of the country where Christians are very much in the minority.

His wife’s ministry with young women also has grown since it started in 2015. What began as a small group now involves United Methodist churches across Côte d’Ivoire, she said.

She leads Bible studies with the young women. She also helps them find work and teaches them about reproductive and sexual health. In addition, the ministry is building a network for the young women to help each other.

Ultimately, she envisions having a house where girls can come together to learn skills like cooking, hairdressing and sewing. For now, the women meet in churches. 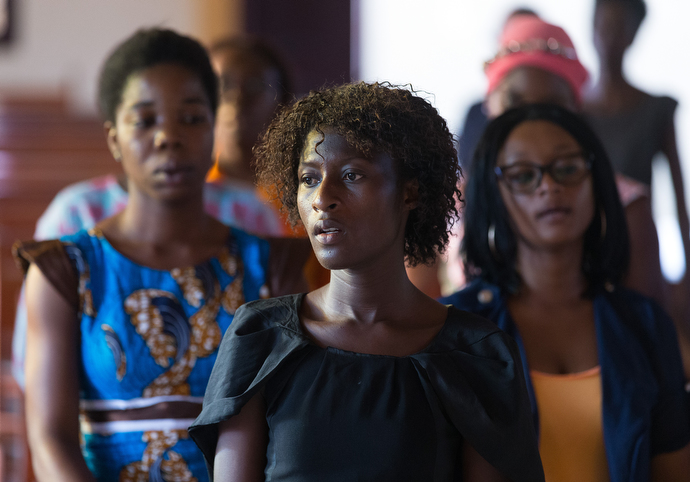 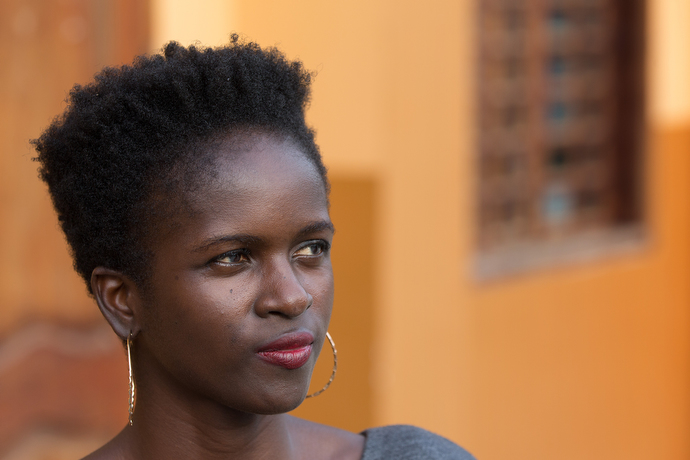 Monique Issi is vice president of the young women's ministry in Côte d'Ivoire. Issi says her experience with the program has helped her be able to share her faith.
Read more stories from our series, Singing the Gospel In Côte d’Ivoire.

The young women’s network is already making a difference. Monique Issi, the ministry’s vice president, credits the group with helping her to express herself. “The faith I have in Christianity I can now share with others,” she said through an interpreter.

Thomas Kemper — top executive of the United Methodist Board of Global Ministries, the denomination’s mission agency — calls the couple “a great example” of today’s missionaries.

“They are adept at helping others to see and practice the link between spiritual and social holiness,” he said.

Global Ministries oversees about 350 missionaries serving in 60 countries, said the Rev. Judy Y. Chung, the agency’s executive director of missionary service. About half — like Maleka and Mpanga Mufuk — are from countries other than the United States.

Among those missionaries are doctors, nurses, pilots, community developers, accountants, immigration attorneys and church workers of all kinds. What they share in common is a firm grasp of United Methodist teachings, a willingness to minister with all people and a passion to journey wherever is needed to connect people with Christ. 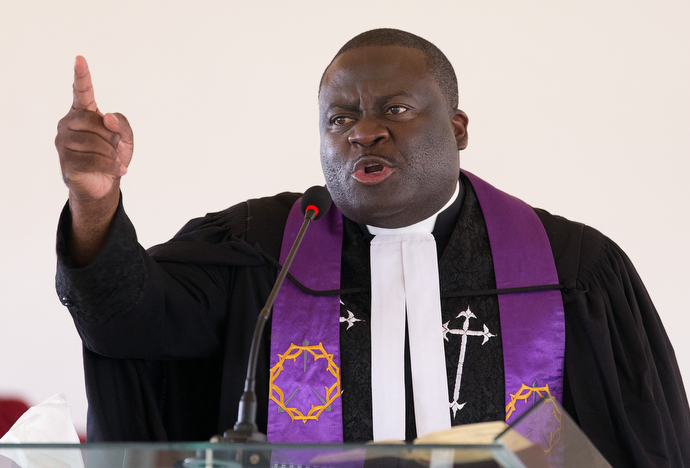 The Rev. Jean Claude Masuka Maleka gives the sermon during worship at Nazareth United Methodist Church in Abidjan.
Kemper said Maleka and Mpanga Mufuk are typical of the denomination’s present-day missionaries in their ability “to cross cultural boundaries, interacting with and caring about persons whose styles of worship and theological expression may differ from their own — all within the context of love for God and neighbor.”

Maleka, the son of a United Methodist pastor, grew up reading about the missionaries who came to his native Congo and other parts of Africa to plant churches and share the gospel.

“I thought why not me?” he said. “I can go and share the love of God anywhere the Lord will call me to serve. I can be like a bridge to help people respond to the love of God.”

His wife is just as fervent in her calling. “Many young girls, they lose hope,” she said. “We are trying to lift them up and give them a second chance to reach their hope.” 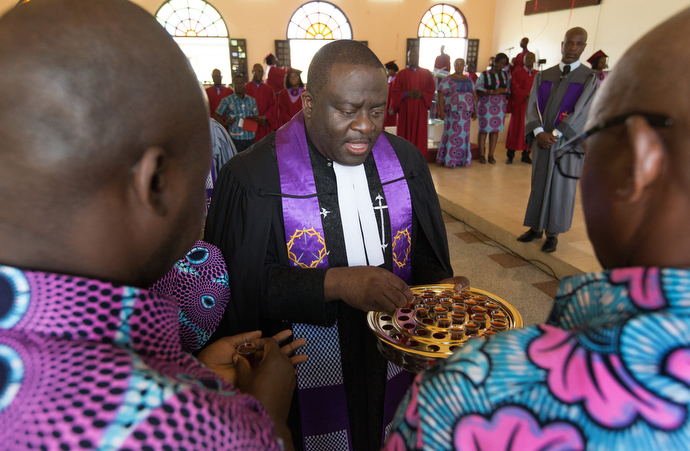 The Rev. Jean Claude Masuka Maleka serves Holy Communion during worship at Nazareth United Methodist Church.
The couple are traveling in May and June in the United States to help raise awareness and support for their ministry. Among the congregations they will visit is Saint Mark United Methodist Church in Atlanta, which supports the missionaries through a covenant relationship.

The Rev. Jennifer Hansen, the congregation's minister of missions and outreach, first became friends with Maleka when they were both missionaries in East Africa.

Maleka came to the role of missionary with experience in peacebuilding and reconciliation after witnessing the devastation of war in both the Democratic Republic of Congo and Angola.

Côte d’Ivoire has dealt with its own recent civil strife. However, Hansen stressed, Maleka’s gifts help the church deal with all kinds of struggles.

“His passion for serving God and for sharing love is rooted around that idea of unity, peacebuilding and being one together in Christ,” she said. “That to me is relevant to our congregation and any congregation in The United Methodist Church.” 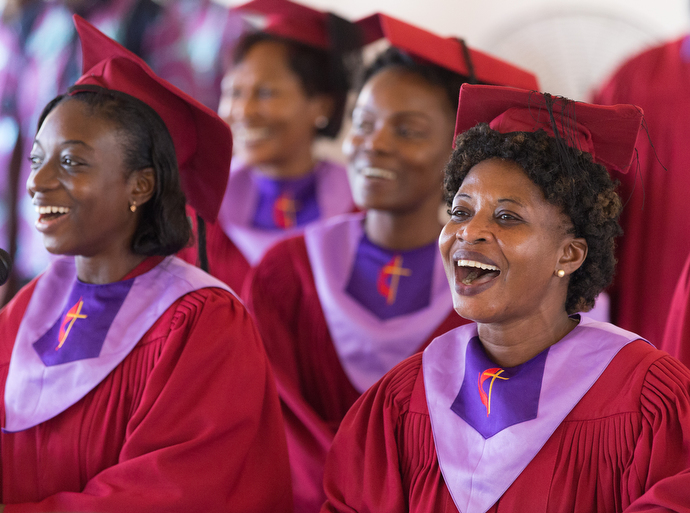 The choir sings during worship at Nazareth United Methodist Church.
Maleka pointed out that his and his wife’s ministries rely on support from churches with differing views on the denomination’s intense debate around how the church should minister with LGBTQ individuals. For example, Saint Mark advocates for equality of LGBTQ individuals in all aspects of church life.

“We should work together if we are really a Church of Jesus Christ,” he said. “The essential message is to open our mind and to open our heart to embrace with love of Christ who taught us to love all people.” 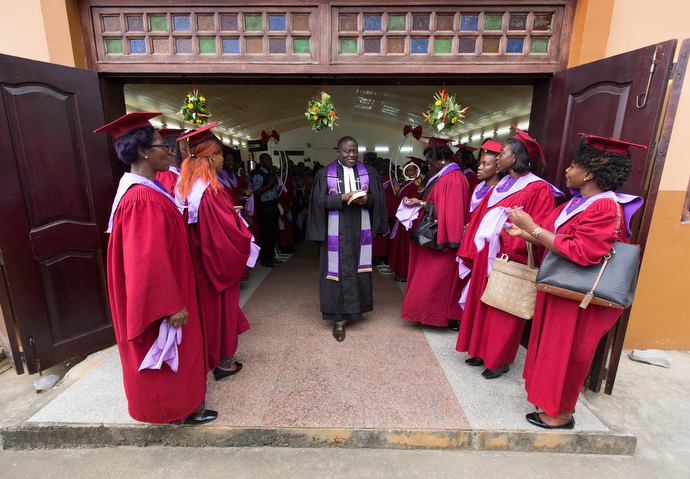 The Rev. Jean Claude Masuka Maleka leads the recessional after worship at Nazareth United Methodist Church.
Hahn is a reporter with United Methodist News Service and DuBose is a photographer. Contact them at (615) 742-5470 or [email protected]. To read more United Methodist news, subscribe to the free Daily or Weekly Digests.

The United Methodist radio station in Côte d’Ivoire has braved gun battles to share the gospel. Others want to emulate its passion for evangelism.
Evangelism

Teaching Muslims and Christians for peace

In a nation where civil war is a recent nightmare, United Methodist schools bring students together from various religious backgrounds.

Denominational leaders are working to determine what in the Book of Discipline really should apply throughout the multinational denomination.