The Rev. Jimmy Carr dedicated his ministry to bridging The United Methodist Church and the world.

He helped connect Lake Junaluska Conference and Retreat Center in North Carolina with the broader community and worked to make Africa University in Zimbabwe a beacon of the Cross and Flame. He also helped create the Order of Deacons — United Methodist clergy charged with taking the church outside church walls.

“The vision of the deacon is to be one who leads the church in servant ministry in the world, and Jimmy modeled that,” said the Rev. Jack Harnish, a longtime friend who worked with Carr when they were both executives at the United Methodist Board of Higher Education and Ministry.

The Rev. Joaquin Garcia, who with Carr helped establish the Order of Deacons in 1996, added that Carr sought to raise up ministers no matter their ethnicity or their country of origin.

“He affirmed the call of people from different racial and ethnic groups to serve in ministry,” said Garcia, who has known Carr since they both were students at Scarritt College in Nashville, Tennessee. “Jimmy was very sensitive that we are a global church, and therefore wanted to help people in different countries serve in ministry.”

Carr died of heart failure March 17 in Jackson, Mississippi. He was 72. His survivors include Joy, his wife of more than 50 years; three children; two brothers and four grandchildren.

Lake Junaluska, where Carr was executive director of the Southeastern Jurisdiction Administrative Council as well as the conference center for 11 years, will hold a memorial service at 3 p.m. EDT March 30 in Stuart Auditorium.

“He loved people,” his wife said. “He was really amazing at having relationships with people all across the world.”

Those relationships extend to United Methodist Africa University, the pan-African institution that just celebrated its 25th anniversary. Carr served on the university’s site-selection committee and its first board. He also raised money from his home Mississippi Conference and donated from his own resources for the Cross and Flame that sits high above the school.

Carr asked Jim Salley, Africa University’s vice chancellor of advancement and development, to make sure the Cross and Flame had a fresh coat of paint for the big anniversary celebration. 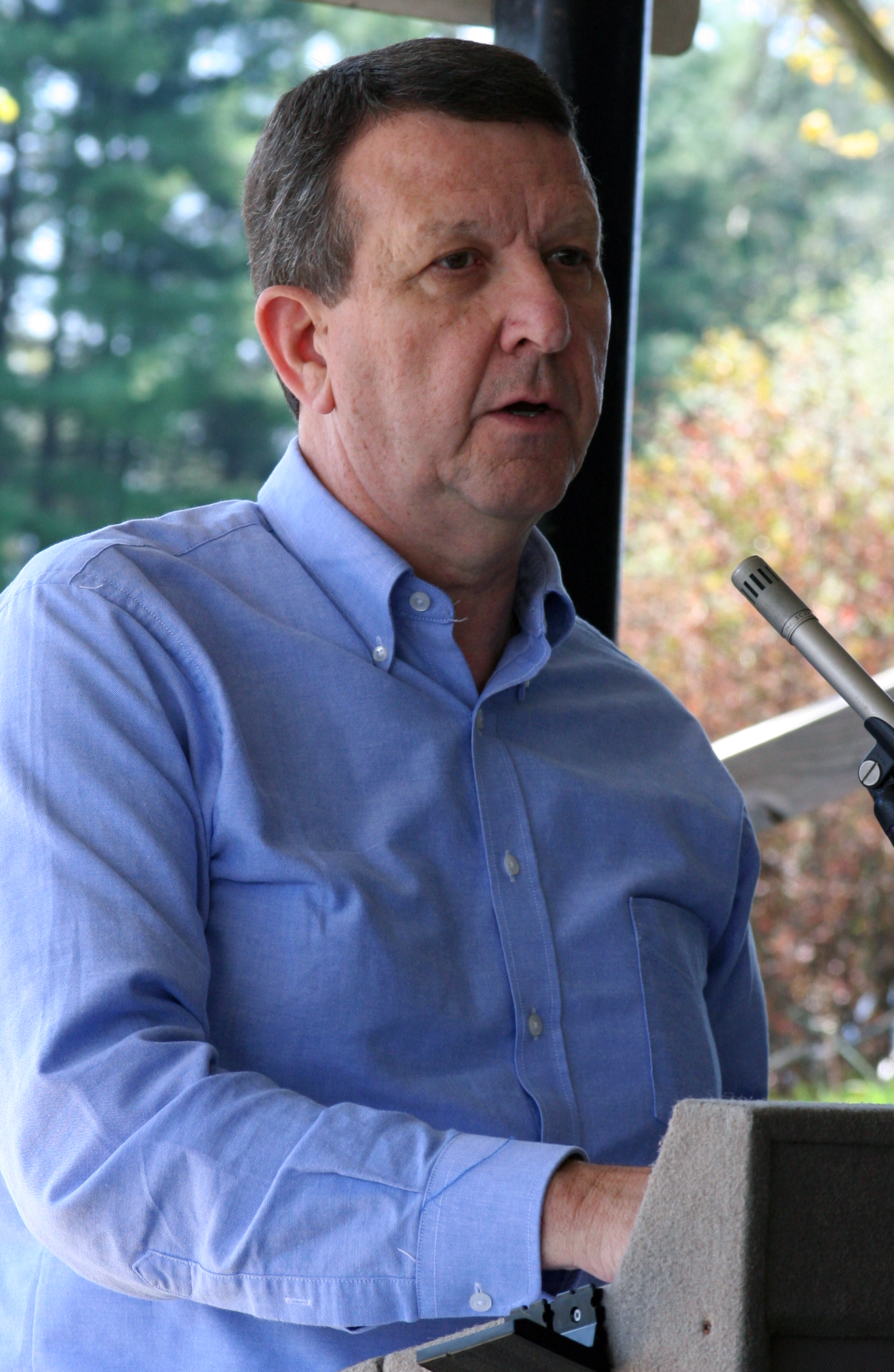 Carr’s world-reaching ministry began in small-town Mississippi. He was born Nov. 4, 1944, in Newton and grew up in the state’s Smith and Scott Counties. Joy Carr said her husband’s life and beliefs about race relations changed at Scarritt, where they were both students.

“From that moment on, he wanted equality for everyone regardless of who they were and worked his whole life to make that happen,” she said.

He also worked to support The United Methodist Church in varied ways. He began his ministry as a certified Christian educator and was later consecrated a diaconal minister, a designation for lay people who lead service ministries. He served in a number of local churches including 13 years at Galloway Memorial in Jackson, where he wore a variety of hats and had returned in retirement.

From Galloway, he became the executive overseeing the Division of Diaconal Ministers at Higher Education and Ministry. By then, he was already a proponent for introducing a new order of clergy that would bring “the church into the world — and the world into the church.”

Harnish, who oversaw the agency’s Division of Ordained Ministry at the time, said he and Carr were initially on different sides of the debate. But Carr eventually won him over.

On behalf of Higher Education and Ministry, Carr and Garcia helped write the legislation that the 1996 General Conference used to authorize the Order of Deacons.

“Jimmy was the one with the clear vision of where this needed to go,” Harnish said, “and he had a gift of bringing people together.”

Deacons are ordained to a ministry of word, service, compassion and justice. Like elders they preach and teach and provide pastoral care, but they generally do not administer sacraments.

The denomination has 1,927 deacons. About 44 percent report their primary appointment is outside the local church. They are teachers, lawyers, nonprofit executives, counselors and even government officials. They are called not only to their own ministry of service but to lead others to serve their neighbors as well.

The Rev. Victoria Rebeck, a deacon who now directs deacon ministry development for the Board of Higher Education and Ministry, called Carr “a champion of deacons.” A number of deacons consider him “an unofficial mentor,” she said.

“Whether they knew him on a day-to-day basis, these deacons felt like he highly influenced their sense of discernment to be an ordained deacon,” Rebeck said.

In 2000, he became the executive director of Lake Junaluska Conference and Retreat Center and the Southeastern Jurisdiction Administration Council. Even there, his ministry had a global reach. Lake Junaluska is a frequent site of Council of Bishops meetings.

As executive director, he dealt with a number of organizational changes, including the jurisdiction’s desire that all entities under its umbrella become self-sufficient.

Carr loved fundraising, and helped raise the needed support for more than $11 million in renovations. He also led the way for the construction of Bethea Welcome Center, named for Bishop Joseph Bethea, the first African-American bishop elected in the Southeastern Jurisdiction, and his wife, Shirley. It was an important milestone for a retreat center that did not officially desegregate until the formation of The United Methodist Church in 1968.

Jack Ewing, who worked with Carr before succeeding him as Lake Junaluska’s executive director, said Carr prioritized diversity both in the hiring of staff and in the practice of hospitality.

“I think most people who knew Jimmy would say that his greatest legacy was his commitment to inclusiveness, to helping the church become more reflective of the diversity that exists within,” he said in a statement.

Cheryl Walker, who worked with Carr on the Southeastern Jurisdiction Administrative Council, said her friend was “like the mayor of Lake Junaluska.”

“He was an executive who really reached out to the surrounding community around Lake Junaluska, and was a good neighbor,” she said. He made people feel welcome, she said.

Josefa E. Bethea Wall, the Betheas’ daughter, is grateful for the leadership he provided in the development of the welcome center and honoring her parents’ belief in hospitality.

“Jimmy Carr was a dedicated servant of the Lord,” she said. “He loved God with his whole being.  His life focused on uplifting and building the Kingdom of God.”

"More than any single accomplishment, Jimmy lived his life out of a space of radical hospitality, always inviting others to become a part," the bishop said.  "There will be a void in our lives that will not soon be filled.”

Ask The UMC: Who are Black women pioneers in US Methodism? (Part 2)

Sally A. Crenshaw and Leontine T. C. Kelly are 20th century clergywomen who paved the way for women and Black Methodists in local and churchwide leadership.
Evangelism

United Methodists of varying views remember the Rev. Junius B. Dotson as a leader committed to Christ and a protocol negotiator hopeful about the church’s future.