People across Georgia opened the Sunday edition of the Atlanta Journal-Constitution on May 9 to see a full-page advertisement from an anonymous group of North Georgia laity seeking answers from their bishop.

“An Open Letter to Bishop Sue Haupert-Johnson” is from a group identifying as United Methodist Laity for Openness and Transparency. The paid ad includes 18 pointed questions for the bishop dealing with the disputes over a pastoral appointment, LGBTQ inclusion and the future of the church.

“The laity of the NGUMC [North Georgia Conference of The United Methodist Church] are frustrated that, for the most part, our clergy have not been communicating with us on vital issues,” the advertisement said in its introduction. “People of the Light should not be left in darkness.”

On its Facebook page that launched May 5, the group describes itself as “a grassroots movement of lay folks in the North Georgia Conference.” The unsigned ad also calls for more transparency in discussions with church leaders.

Neither the newspaper ad nor Facebook page identify any members by name nor indicate the size of the group. However, both the ad and page make clear the group supports the traditionalist view of Scripture and that the group worries “theologically traditional/conservative pastors” face reprisals simply because of their views. Some of the comments on the group's Facebook page also make clear that the group does not speak for all North Georgia laity. 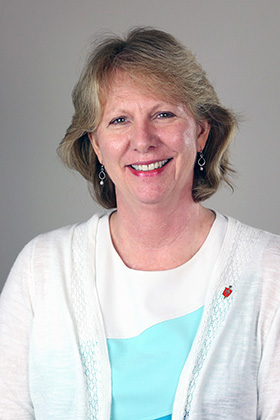 Sybil Davidson, the North Georgia Conference director of communications, said, “We are unfamiliar with this group and have not been contacted by them.”

The Atlanta Journal-Constitution, which the advertising department says has a Sunday circulation of about 155,000, only discusses the costs of advertising with its clients. But any full-page ad in a major newspaper is expensive, costing tens of thousands of dollars.

Odell Horne Jr., said the group is critical of the conference’s “Welcoming Table” statements — which it sees as inclusive to some but not all, especially young men and theological conservatives. Horne, president of the conference’s United Methodist Men and a General Conference delegate, said a video he did on this topic provided the inspiration for the ad.

Horne is a backer of the group’s message, but he did not contribute any money toward the ad nor can he say how many members the group has. He pointed to the more than 800 followers the group has on its Facebook page.

“I don’t know what the group’s objective is other than to have a conversation with the bishop,” he said. “From my perspective, having gone to annual conference, lay people have been marginalized from the conversation.”

The Rev. Thomas Frank, a historian of Methodism known for his textbook “Polity, Practice, and the Mission of The United Methodist Church," said he has never seen a newspaper ad criticizing a bishop in his research.

However, he added that anonymous complaints against bishops are nothing new. His father is the late Bishop Eugene Maxwell Frank, the first Council of Bishops president after the formation of The United Methodist Church in 1968. Frank recalls that after he and his dad walked in a silent march for civil rights that year, "the unsigned hate mail came pouring in."

Frank said he would recommend that Haupert-Johnson tell people she doesn't respond to criticism from people who don't identify themselves. "This could be just one individual, or a clique of five, or anything — we don't know. They are not a body recognized by the North Georgia Conference," he said.

The ad comes in a tumultuous time in the life of the North Georgia Conference and The United Methodist Church as a whole.

The global pandemic has pushed back General Conference, the denomination’s top lawmaking assembly, to Aug. 29-Sept. 6, 2022. That has placed on hold a proposed formal split of the denomination after decades of intensifying debate over the status of LGBTQ people.

In the meantime, the Wesleyan Covenant Association has been working to form the Global Methodist Church — a new traditionalist denomination that plans to break away in the event separation wins approval. 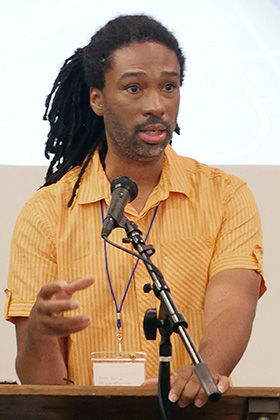 Odell Horne Jr. is the president of the North Georgia Conference’s United Methodist Men and a lay delegate to the coming General Conference. File photo by Heather Hahn, UM News.

The WCA and other groups are backing the proposed Protocol of Reconciliation and Grace Through Separation, which would allow traditionalist churches — those that support bans on same-sex weddings and “self-avowed practicing” gay clergy — to leave with church property and $25 million in funds.

Meanwhile, Mt. Bethel United Methodist Church in Marietta — which is part of the WCA and North Georgia’s largest congregation — has announced plans to disaffiliate after Haupert-Johnson chose to appoint its senior pastor to a conference position. Jody Ray, the senior pastor, has since surrendered his clergy credentials but remains Mt. Bethel’s lead preacher and chief executive officer.

Mt. Bethel leaders also have filed a complaint against Haupert-Johnson and a district superintendent for what they say was failure to consult on the appointment as required by the Book of Discipline, the denomination’s policy book. Haupert-Johnson has offered a sharply different account from that of Ray and congregation leaders.

Mt. Bethel is mentioned in four questions in the lay group’s ad.

The ad concludes with the question: “Are you willing to post the formula used to calculate the cost to disaffiliate so that churches contemplating this are not targeted or fearful of reprisal?”

Johnna Bain, a spokeswoman for Mt. Bethel, said the church’s leadership team didn’t initiate the group, nor does the church leadership know which laity are part of it.

However, the situation with Mt. Bethel has alarmed a number of traditionalist United Methodists. The Wesleyan Covenant Association, at its April 30-May 1 gathering, passed resolutions criticizing Haupert-Johnson and two other bishops for appointment-making decisions.

“This entire situation is so unfortunate and avoidable. The delay in General Conference and the hopeful approval of the protocol is stretching everyone’s patience,” said Joe Whittemore, a veteran lay leader in the North Georgia Conference.

“We don’t need unwanted changes from any of the parties,” he said. “We can still work together during this time, as shown by the fact that only one of the 70 announced changes in appointments was not desired and accepted by the pastor, the church and the cabinet.”