A United Methodist church in Kenya unanimously voted to identify as reconciling — making it the first African congregation to do so.

With the Sept. 1 vote, First United Methodist Church Moheto has chosen to associate with Reconciling Ministries Network — an unofficial United Methodist advocacy group that seeks full equality of LGBTQ individuals in the life of the church. The congregation’s vote was 180-0, with two members absent because of illness.

“First United Methodist Church Moheto has taken the step to formalize what we have been doing in the society as a visible voice for the voiceless for over 12 years,” said the Rev. Kennedy Mwita, the congregation’s senior pastor and a former district superintendent in the Kenya-Ethiopia Conference.

“We have been advocates for human rights and equality.”

The congregation in southwestern Kenya adopted a statement that, among other things, supports “the full participation of all persons in every phase of church life.”

The church’s decision comes about six months after the special General Conference, by a 438-384 vote, adopted the Traditional Plan that maintains the policy that the practice of homosexuality is “incompatible with Christian teaching.” The legislation also reinforces bans on same-gender weddings and “self-avowed practicing” gay clergy.

Voting at the denomination’s top lawmaking assembly is by secret ballot, but floor-vote speeches revealed some regional differences. A number of African delegates stood to say that only the Traditional Plan was acceptable.

According to Human Rights Watch, at least 68 countries around the globe criminalize same-sex relations between consenting adults, and more than 30 of those countries are in Africa. In May, Kenya’s high court upheld a colonial-era law that makes gay sex punishable by up to 14 years behind bars.

Nevertheless, Africans constituted less than a third of the voters at the multinational General Conference, and 31 delegates were unable to attend mainly because they could not get visas. 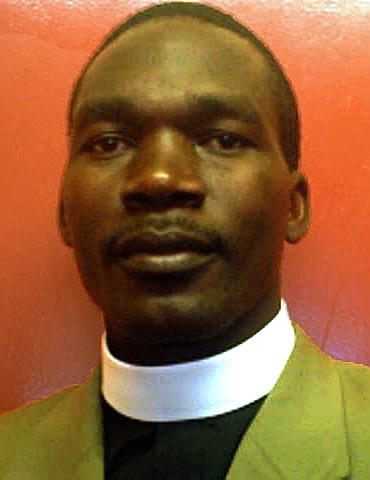 “FUMC Moheto stands as a prophetic voice that NOT ALL Africans support the Traditional Plan,” Mwita said by email. “The worldview of the few and loud African leaders should not be taken as the wholesale world view for ALL Africans and ALL African United Methodists.”

The pastor, who has served the congregation since 1998, told Reconciling Ministries Network that a turning point in the church’s journey came when the mother of an intersex child sought refuge at the church after being cast out by her husband. Intersex is a general term for a variety of conditions in which a person is born with anatomy that doesn’t clearly fit the categories of male and female.

The church welcomed the mother with open arms and began a study of human sexuality.

“We have walked this path of justice with intersex children and their parents, and saved some from cruel exclusion and death in a patriarchal cultural and helped them have a home and education,” Mwita told UM News.

“We have welcomed and included in our church transgender persons, gay and lesbians, commercial sex workers as well as divorced women, orphans, widows and others who are marginalized in the society.”

Bishop Daniel Wandabula, whose area includes the Kenya-Ethiopia Conference, told UM News that “reconciliation for inclusion of LGBTQIA is not for sub-Saharan Africa, especially Kenya, Uganda and Southern Sudan.”

Instead, he said, “we need reconciliation and inclusion of discriminated and economically oppressed peoples; oppressed and abused women, as well as hundreds sold into slavery to the Middle East.” He emphasized the need for the church to reverse human trafficking.

“We proclaim that all people are created in the image of God and affirm that each person, regardless of age, economic status, faith history, tribe, ethnicity, gender, mental or physical ability, marital status, sexual orientation, or gender identification, is a beloved child of God and worthy of God’s love and grace.

We support the full participation of all persons in every phase of church life.

Through education and informal discussion, we will strive to better understand those who are different from ourselves to bring about a more accepting society.

We recognize ourselves to be a Reconciling Congregation within The Kenya-Ethiopia Annual Conference and choose to officially associate ourselves with the Reconciling Ministries Network within the United Methodist Church.

We see this network as a sign of hope and through this association offer our witness to other congregations within our denomination to foster the spirit of reconciliation and movement toward inclusiveness.

In line with this statement: We, the United Methodist Church in Moheto, are committed to be a bridge where those in the very ‘sinful, ungodly world’ will walk over to see Jesus and be able to experience the great love of God.”
“Euro-American liberal cultural theological imperialism and co-option of the African Church is as bad as its twin sister (binary opposite) of Euro-American conservative cultural theological imperialism and co-option,” the bishop said. “That is what has happened in Moheto FUMC in my considered opinion.”

Mwita agreed that African nations face many challenges, including political instability, poverty, tropical diseases and modern slavery. He said he also agrees with statements from African bishops urging the church to address struggles from the rise of the terrorist group Boko Haram to the spread of diseases like malaria and Ebola.

“But it should not be seen as if these are the factors that led one to be identified as LGBTQIA+,” Mwita said.  “For this reason we need to understand and open our ears to listen to the story of those we think do not think like us. This is especially urgent for the church. The church belongs to Christ, and no one group of people has more right to belong to the Body of Christ than another.”

Mwita said his congregation also agrees with African bishops’ call for unity and their opposition to any proposals that seek to dissolve The United Methodist Church.

“We urge our leaders to stand as per this statement and open the doors for all God’s children,” he said.

The Philippines has a reconciling community, and a Methodist church in Brazil also identifies as reconciling. But the Moheto church is the first United Methodist congregation outside the United States to officially associate with the advocacy group and its goal of equality.

“The positive response from others in the reconciling movement to this growth has been amazing,” she said. “And, we are hearing from individuals across Africa about the hope this gives them in their own local areas … a hope that perhaps the church in Africa is starting to expand its grace and welcome to include God's LGBTQ children.”

Laws and attitudes toward LGBTQ people are starting to change in Africa, much as they have in other parts of the world.

Since 2012, the countries of Lesotho, Mozambique and Seychelles also have decriminalized same-sex conduct. South Africa has legally recognized same-sex marriage since 2006.

Change never comes overnight even in the most developed countries, Mwita said.

“We believe our process has begun and a time is coming when all these forms of homophobic and xenophobic expression in our United Methodist church will come to an end,” he said. “We want to be part of that change. A change must have a beginning, and we have opened our hearts and lives to God to use us as that beginning.”

Hahn is a multimedia news reporter for United Methodist News. Eveline Chikwanah, communicator of the Zimbabwe East Conference, contributed to this story. Contact them at (615) 742-5470 or [email protected]. To read more United Methodist news, subscribe to the free Daily or Weekly Digests.