• United Methodists suffered, helped and suffered some more in the aftermath of the Sept. 11 terrorist attacks, which happened 20 years ago.

• United Methodists responded to the tragedy in various ways, including setting up places where people could grieve and helping workers find new jobs.

• The experience also scarred the helpers, and many underwent counseling to help them cope.

One sensory memory of ground zero in New York still lingers with the Rev. Tom Hazelwood, who was there a week after the Sept. 11, 2001, terrorist attacks. He can’t forget the “dusty, chalky, metallic smell.”

“(It was) something I’d never smelled before, nor have I ever smelled it again,” said Hazelwood, who led the U.S. disaster response program of the United Methodist Committee on Relief from 1998 to 2013. “The dust was all over everything. You couldn’t help but feel the loss of lives there. They were still digging and excavating.”

The Rev. James K. Law was there the day after the attack.

“The whole site was just like, to me, the gates of hell,” said Law, then pastor of Chinese United Methodist Church in Chinatown, a few blocks from the World Trade Center. “I had church members looking out the window, seeing people jumping out of the buildings.”

The trauma of the event still affects many. But even in the immediate aftermath, United Methodists were trying to help. 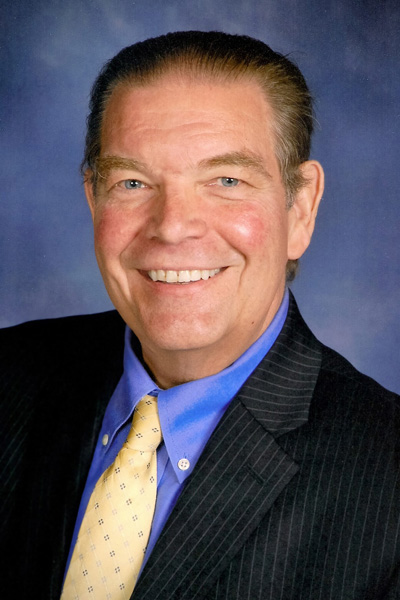 The Rev. William Shillady was pastor of Park Avenue United Methodist Church on the Upper East Side of New York City during the 9/11 terrorist attacks. Photo courtesy of the Rev. Shillady.

The Rev. William Shillady, then pastor of Park Avenue United Methodist Church on the Upper East Side, held an impromptu prayer service on a city bus he was riding the day of the attacks.

“People were freaking out,” Shillady remembered. “I just said, ‘Look, I’m a minister; let’s pray. No matter what your beliefs are, I think that’s important.’”

In addition to the two planes flown into the World Trade Center, another struck the Pentagon in Arlington, Virginia, and a fourth crashed near Shanksville, Pennsylvania. That one was believed to be heading for the White House or Capitol Building in Washington, but was foiled by passengers.

The attacks were perpetrated by al-Qaida, an Islamist terrorist group. Nearly 3,000 died and more than 25,000 were injured, according to Reuters.

When Shillady made it to his church on Sept. 11, he and the associate pastor donned their liturgical robes and stood outside the church to minister to dazed New Yorkers. They handed out water and invited people into the church to pray or use the restrooms.

Thereafter, Shillady made a habit of greeting people on the street for an hour before every service, eventually becoming known as the honorary “mayor of the block.” That helped win over church members who had resisted his appointment after the previous pastor served 43 years.

“It was one of those experiences where my life changed for the better because I could finally be the pastor of that church after struggling for two years to do that,” Shillady said.

Law ministered to rescue workers doing the grisly task of going through the wreckage looking for survivors and the bodies of those who died. He was talking with some of them the day after the tragedy when they heard a building-collapse alarm. Four or five stories of one of the towers that was still standing were about to collapse.

He had to run for his life.

“I tripped over a piece of concrete and suffered a sprained ankle and a hairline fracture on my right foot,” Law said.

“That was the first and my only bodily lesson in fearing for my life,” he said. 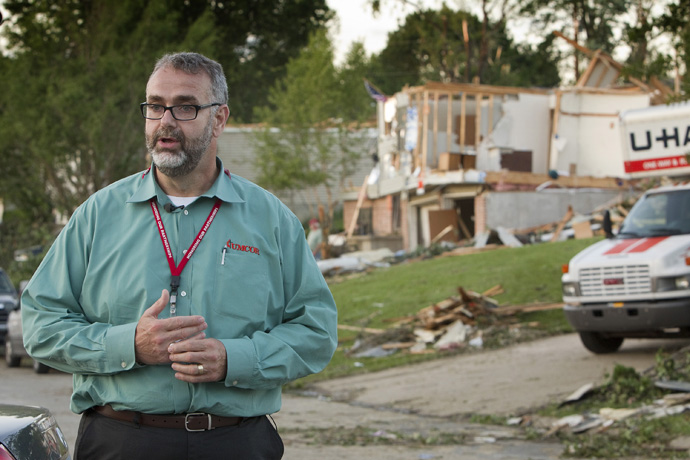 The Rev. Tom Hazelwood, who led the U.S. disaster response program of the United Methodist Committee on Relief from 1998 to 2013, discusses United Methodist disaster relief in Sedalia, Mo., in 2011. Hazelwood was at ground zero a week after the Sept. 11, 2001, terrorist attacks. File photo by Mike DuBose, UM News.

Hazelwood was in Santa Fe, New Mexico, at a meeting when he found out about the attack. Because air traffic was banned, he and two colleagues drove nonstop across the country in a Chevrolet Nova to get back east.

Once in New York, Hazelwood helped set up “listening stations” staffed with clergy to comfort the many people walking in off the streets. That was also done in Washington and northern Virginia.

UMCOR tries to focus on the most vulnerable in every situation, Hazelwood said. “That’s why the focus sort of shifted out of New York, really over to New Jersey,” he said.

That’s where many people lived who had lost their jobs because of Sept. 11.

“Being United Methodist, one of the blessings is the multiplication of funds or hands and feet you have with any event because we’re so connected,” said the Rev. Christopher Miller. He ran the Greater New Jersey Conference’s program that provided relief to people in the conference who lost their jobs because of Sept. 11. 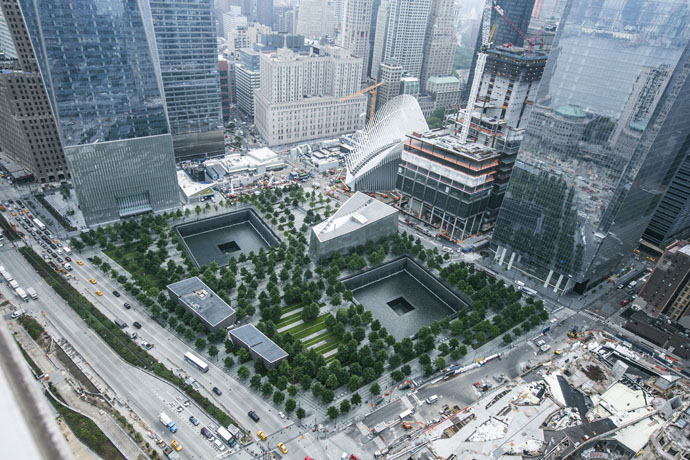 Located on eight acres of the 16-acre World Trade Center complex in New York City, the 9/11 Memorial is a place of remembrance and contemplation. The focal points of the Memorial are two pools, each nearly an acre in size, that sit in the footprints of the former North and South Towers. The names of the 2,983 people who were killed in the 2001 and 1993 terrorist attacks are inscribed on bronze parapets edging the memorial pools. Photo by Jin Lee, courtesy of the National 9/11 Memorial & Museum. Click here to view at full resolution in a new browser; you may zoom in on that image.

In 2001, Miller was pastor of First United Methodist Church of Pemberton, New Jersey, and chaplain at the Pemberton police department. He was on the telephone trying to convince the chief of police to fund a three-day course at the World Trade Center on chaplains responding to mass casualties when he learned of the New York attacks.

Miller had $4.5 million to spend to help people who lost their jobs because of the tragedy. The money was part of more than $20 million that United Methodists donated to the “Love in the Midst of Tragedy” fund, which was established to create a response across the denomination after the Sept. 11 attacks.

“Our niche was the people (like those) who were washing the dishes at the restaurants in the financial district who couldn’t pay their bills, were losing their housing, losing their cars and didn’t have prospects for employment,” Miller said.

One man, a limousine driver, was given money to attend school to become a truck driver.

Read UM News coverage of the 10th anniversary of 9/11:

“He would submit to us bills he couldn’t pay, and we paid the vendors,” he said. “Electric company, car insurance, the mortgage or the rent — whatever.”

“Besides being a military chaplain, it was probably the most rewarding experience that I’ve had in ministry,” he said. “I knew that what I was doing was making a difference.”

Many of the United Methodist helpers after Sept. 11 sought therapy for their own trauma. Shillady took a sabbatical in 2006 to recover.

Hazelwood suffered a heart attack and had triple-bypass surgery, and went through several jobs that didn’t work out. He did get help for his trauma, which included recovery work after Hurricane Katrina and the loss of his UMCOR colleagues the Revs. Sam Dixon and Clint Rabb when a building collapsed on them in Haiti while they were doing earthquake relief work.

He now is pastor at Delta United Methodist Church in Delta, Colorado, which he said is a good fit.

He has been back to New York to see the memorial at the site of the twin towers. It includes a huge waterfall that drops down to a pool hidden in darkness.

“For me, that is so symbolic,” Hazelwood said. “I think of God’s mercy eternally pouring out God’s love into what is the darkness of the world that we seem to live in.

“God’s always pouring into the empty spaces of our lives.”

The United Methodist Church recently reopened its FM radio station in Kinshasa, with the potential to reach more than 17 million listeners in the region.
Theology and Education

The chaotic scene as people fled Afghanistan while the Taliban took over doesn’t mean that United Methodists are through trying to help there.
Mission and Ministry

Church damage reports mount in Louisiana and Northeast, but spared areas are helping, including a $100,000 donation from the Alabama-West Florida Conference to the Louisiana Conference.