When you really think about it, the story of Noah’s ark is disturbing.

An angry God drowns all of civilization with a massive flood. The only ones saved are Noah, his family and the animals he takes with him. Everybody else dies.

Now try to think how you would tell that story to a Sunday school class without giving children nightmares about floods.

“Churches love talking about that story with kids because it’s got rainbows — and rainbows are fun — and lots of animals,” said Brittany Sky, senior editor for children’s resources at United Methodist Publishing House.

“But the story itself is very difficult,” she said. “We try to make sure what we’re teaching is age-appropriate and as they get older, they do deal with harder texts.”

This delicate balance is difficult to accomplish without a theologically sound curriculum. That’s where United Methodist Publishing can help.

The company has started rolling out its new Bible Story Basics curriculum through its Cokesbury retail arm, while the fifth year of its popular Deep Blue curriculum is still widely used.

“We want to address the issue we continue to hear year after year through conversations with church members about children not knowing the Bible,” Sky said. “So Bible Story Basics really focuses on the Bible story and teaching children tools so they too can study the Bible.”

Attendance of children in United Methodist “faith formation groups” has declined from 787,421 in 2012 to 727,129 in 2017, according to the denomination’s General Council on Finance and Administration.

Although that decline undoubtedly reflects the decrease in attendance at United Methodist churches overall, executives with United Methodist Publishing are doing their part to spark interest by regularly rolling out new curriculums to keep the attention of children and aid in their faith development.

“I have noticed a bigger excitement about Sunday school since we’ve switched to this (Deep Blue) curriculum,” said Megan Teegarden, associate director of children’s ministry at Brentwood United Methodist Church in Brentwood, Tennessee. “Since I’ve started using it, I’ve noticed there are more conversations between kids and parents or between kids themselves when they’re leaving Sunday school.

“They’re excited about what they’re learning.” 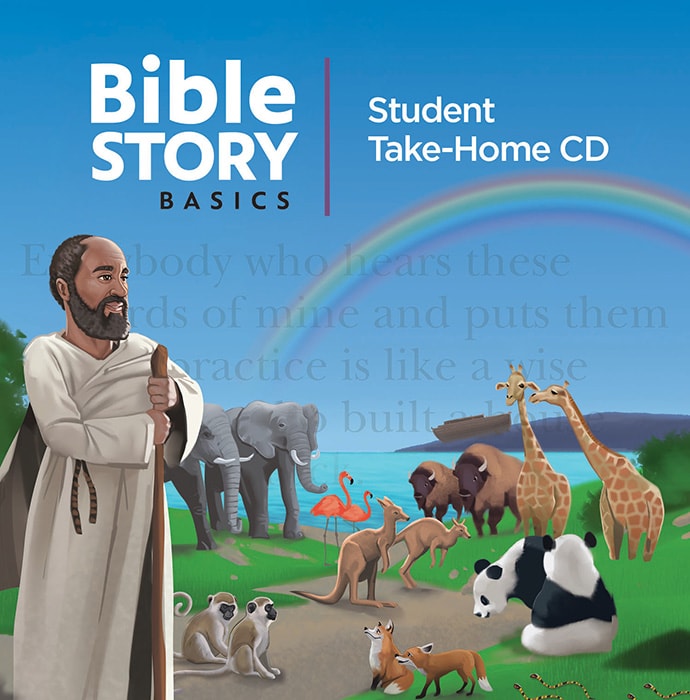 The cover of the lesson plan from the Bible Story Basics curriculum for teaching the story of Noah’s ark. Courtesy of the United Methodist Publishing House.
Brentwood United Methodist has a thriving Sunday school program, averaging 200-300 children in attendance each week with 800-1,000 on the rolls. The Bible Story Basics curriculum is under review there, Teegarden said.

“I think that everything Cokesbury puts out is positive,” she said. “They really do think about all the different contexts churches have, so there’s something for everyone.”

Print materials are still the most popular with Sunday school teachers, although the Publishing House does offers apps and videos.

“We have created some digital platforms, but most of our church leaders are more comfortable with print,” Sky said. “We’ve not seen that go away like we expected.”

Sunday school in Methodism dates back to at least 1737, according to “The Encyclopedia of World Methodism.” John Wesley taught children Sunday afternoons before the evening service when he visited Georgia, and the question of how to best instruct adults and children was debated at the first Methodist Conference in 1744.

The fortunes of Sunday school have ebbed along with the church in the U.S.

“At so many churches, people aren’t coming,” said Marj Pon, associate publisher for teaching and learning at the United Methodist Publishing House.

The relationships a child builds at church are second only to parents in influencing whether they embrace Christianity, Pon said.

“The parents at home are the most influential on what happens on Sunday morning or at churches,” she said. “Sunday school curriculum helps with that, but it’s not the key piece.”

The main goal of Sunday school is to “help children to feel loved and know they are children of God,” Pon said.

Trinity United Methodist Church in Gilgil has created a new way of allowing girls to move ceremoniously from childhood to adulthood without undergoing the cut.
Social Concerns

Even as United Methodists and the Masantigie community signed a resolution, the Ministry of Lands issued a stern warning about keeping the peace.
Evangelism

At Kenya’s Dr. B.T. Cooper United Methodist School, 200 of the 310 students are Congolese on refugee status.