First United Methodist Church in Portland had a problem, one other churches would envy.

So many families with children were regularly attending that the Rev. Donna M.L. Pritchard began one sermon shortly after Easter with an urgent request for more volunteers to teach Sunday school.

“We have so many kids now we are going to have to split our Sunday school classes,” the church’s senior pastor said after a children’s sermon that packed the front of the church with little ones. The church’s rooms, she added, aren’t big enough for more than 20 youngsters in a single class.

The church, the largest United Methodist congregation in Oregon with about 800 members, is defying its community’s religious trends.

Over the past three years, the church has welcomed an average of 30 new members a year and seen its average worship attendance grow from about 330 to 375. This summer, the church added a second service on Sunday mornings to accommodate its growth and make room for more.

The 167-year-old congregation has succeeded in the U.S. major metro area that a 2015 survey by the Public Religion Research Institute found has the highest percentage of residents with no religious affiliation — some 42 percent of the population. Put another way, Portland is at the leading edge of the “None Zone” — where more people answer “none” when asked their religion than identify with any single faith group.

“It is in some ways a challenging location. In other ways, it’s really exciting,” Pritchard said. “As United Methodists, bringing a Wesleyan message of faith, we have something different to offer.”

Portland is also the host city of the 2016 General Conference, the global denomination’s top lawmaking assembly, and Pritchard's congregation is the United Methodist church closest to the meeting site.

Tips for Vitality in The 'None Zone'

In an area where few people are looking to join a faith community, he says, vital congregations reach new people by:

What happens in Portland is unlikely to stay in Portland, and that applies to more than just General Conference legislation.

Religion scholars note that “nones” are on the rise across the United States — even in the Bible Belt, where churches now compete with Sunday morning soccer and the Cracker Barrel down the street.

“This is a contextual change that is affecting and will continue to affect Christians of all denominations,” said Christopher B. James, an instructor in evangelism and missional Christianity at the University of Dubuque Theological Seminary. He is also a Ph.D. candidate at United Methodist Boston University School of Theology, focusing his research on ministry in the Pacific Northwest.

First United Methodist self-identifies as a congregation with progressive theology that explicitly welcomes and affirms all people regardless of sexual orientation. That can help, James said, but it’s not the only path to success in the “None Zone.”

His research has found the region’s fruitful churches do at least one of three things: They make space for spiritual exploration even for people unfamiliar with Christianity; they offer a sense of belonging; or they provide service opportunities so people can invite friends to serve with them.

First United Methodist Church seeks to do all three, with a particular emphasis on volunteerism. After Pritchard’s plea last spring, more than 50 adults are helping with the children’s Sunday school program.

The church’s experiences and those of other vibrant ministries in the region could offer lessons for different ways to do church in the 21st century, church leaders say.

“The secular wave is coming to everyone eventually,” said Bishop Grant Hagiya, whose Greater Northwest Area includes Portland. “What we do here has dramatic implications for the entire church.” 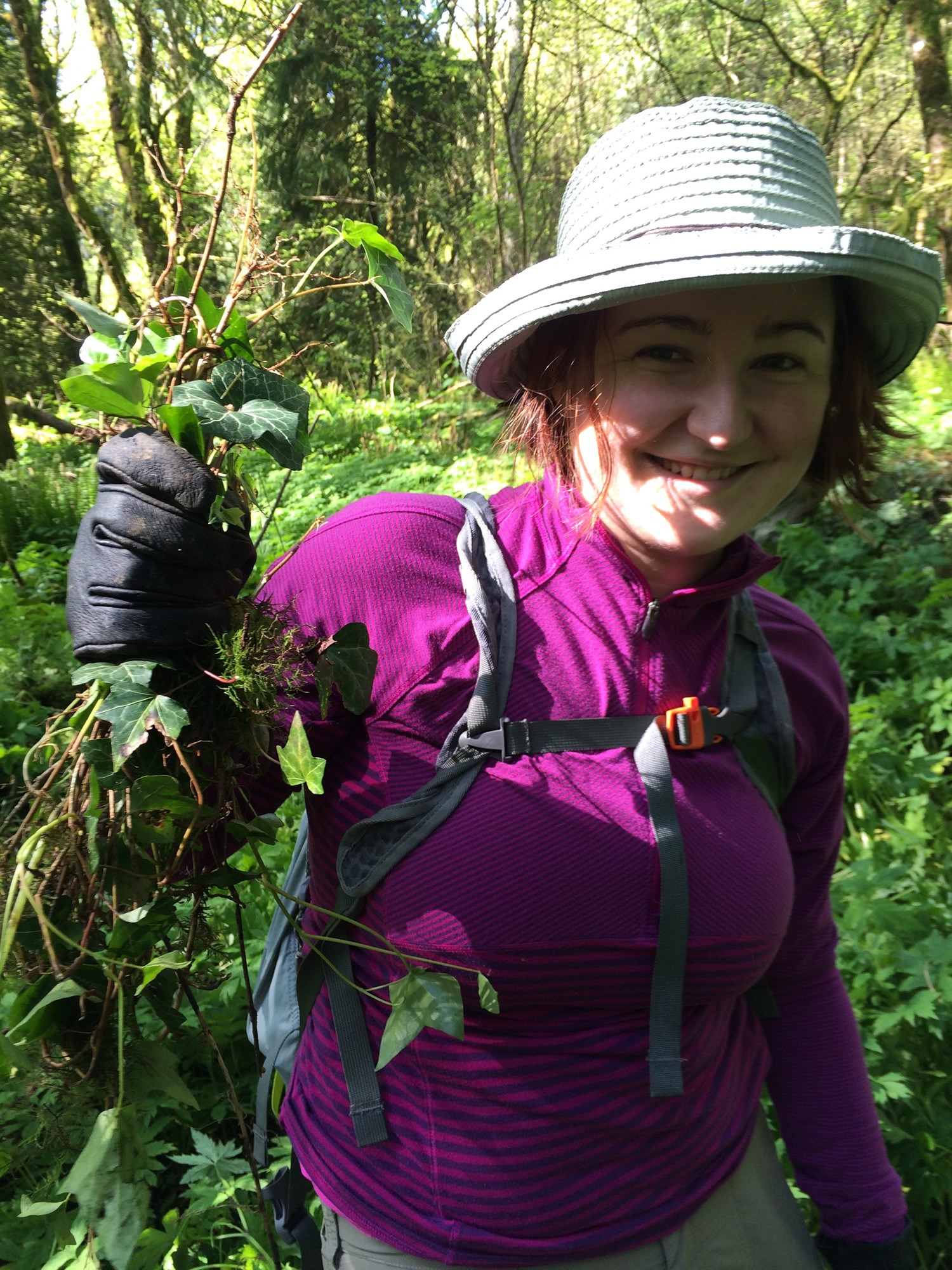 In some ways, Christian discipleship seems a natural fit for many Portland residents. People here are secular but not materialistic, said Pritchard, a Portland resident for 32 years. They are committed to care for their neighbors and the earth.

“Many of the values of religion are lived out in the culture, but it’s the institution that people are suspicious of,” she said.

So how does First United Methodist overcome that suspicion? Pritchard points to the church’s longstanding focus on community involvement.

“We talk a lot about community here,” she said. “We really emphasize that we are called here to do good.”

The church is involved in all kinds of social outreach. “When people ask why, we tell them our faith compels us and they should check it out,” the Rev. Jeremy Smith said by email. He is the church’s minister of discipleship and a prolific blogger on United Methodist issues.

Smith served in Oklahoma before coming to Oregon, and he sees distinctions between the two.

Pritchard said many visitors first encounter the church not as Sunday worshippers but as volunteers at the church’s nightly shelter for homeless families.

The congregation started Portland Homeless Family Solutions more than 20 years ago to provide struggling families a place to stay year-round as well as mentoring and job assistance. Now an independent nonprofit, the ministry remains connected to the church, which houses its office and one of its shelters.

Emily Wright pointed to the ministry as an example of social-justice outreach that keeps her and other members eager to be involved.

She first attended the church in sixth grade because of its strong music program. After college graduation, she returned and got involved in a number of the church’s other ministries. Those include Planet Church, the ministry devoted to creation care.

“For me, the largest appeal of First United Methodist Church is the sense of community,” she said by email. “My faith has grown stronger with the friendships I have made, as well as through listening to the sermons every week.”

She is now in law school in Seattle with every expectation of returning to Portland and the congregation. 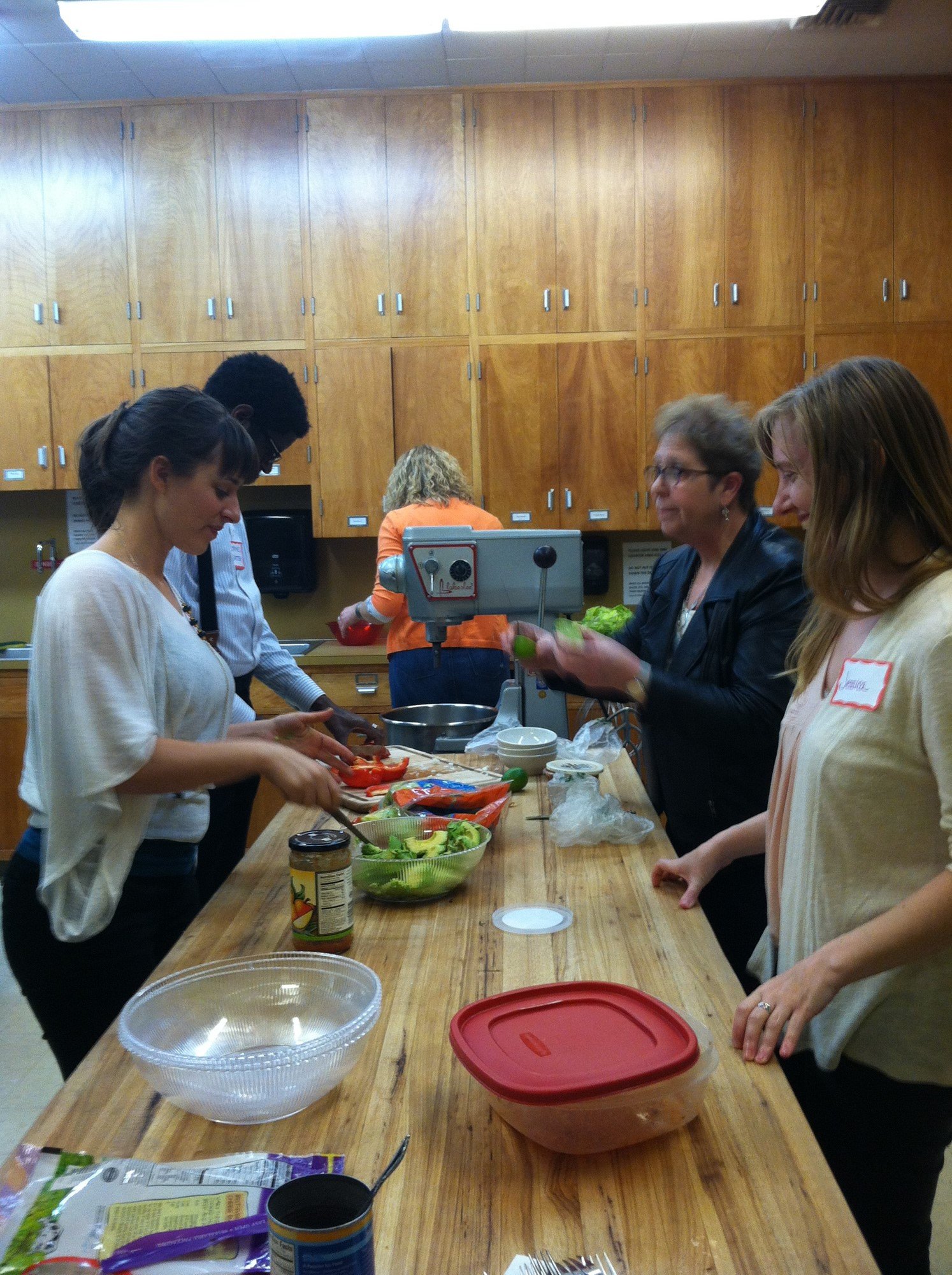 Pritchard became the congregation’s senior pastor four years ago. The church, located in a leafy neighborhood on the edge of Portland’s downtown, was holding its own as other urban congregations struggled. But Pritchard saw even more potential.

Soon after her arrival, she encouraged development of a strategic plan. The result of six months of deep conversations among parishioners, the plan focused on drawing young adults as well as families with children.

“I really believe God heard that and answered that longing,” she said. The church put resources into its commitment, starting to rebuild its youth program with activities geared toward fifth- and sixth-graders.

Now, she said the congregation has momentum and something just as important: critical mass.

“When you walk into the sanctuary, if you are a newcomer you see enough children and younger adults that you think, ‘Oh, there are people who look like me and look like my family here,’” Pritchard said. “It’s huge.”

The Sanfords are among the young families who recently joined. As a child, Amanda Sanford had visited the church a few times a year with her grandparents. But she was not baptized until about two years ago when she joined with her own young family.

She said her family visited another church but stuck with First United Methodist because of its focus on families and volunteerism — especially together.

“There are a lot of volunteer opportunities that will take you as an adult but that you can’t take your kids to. I wanted my kids to see me volunteering and for them to have an opportunity to volunteer too,” she said.

While churches in the Pacific Northwest may face new challenges, Pritchard said their methods for nurturing disciples can be as old as John Wesley’s.

“It really helps to go back to his emphases on the combination of works of piety and works of mercy,” she said. “That appeals to people.”