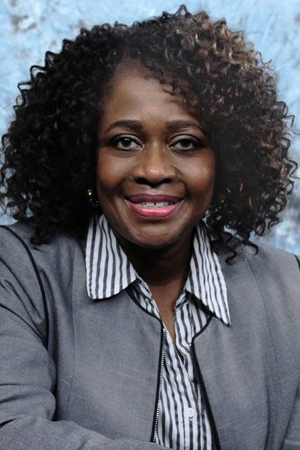 The Rev. Sharon Austin
Photo courtesy of the Florida Conference.

I remember being in labor for the first time, and around midnight entering the hospital in Atlanta, where I lived with my husband, Mike. Our daughter was born at 2:56 a.m.

It was an uncomplicated birth surrounded by competent and attentive medical staff. We remained in the hospital for two days and were discharged on my birthday.

My mother arrived from Florida that evening, and Mother's Day was two days later. What appropriate timing.

The entire experience was joyful yet physically and emotionally overwhelming at the time — even amid good health, a loving, committed spouse, access to health care, and health insurance. I had the blessings of formal education, homeownership and supportive, jubilant grandparents.

Last week, my daughter and mother called. We recalled that memorable, overwhelming time.

My mother told me of awaiting my arrival as she lay in a hospital bed. She wondered about gender and who and what her child would become. She was convinced I'd be a leader.

For many, this account is heartwarming, and a version of it resonates with commonly shared experiences of fond memories. The message could end here if this were a greeting card.

The problem is too many women have a far different experience.

Many women have gone to hospitals to give birth only to have one event or several go horribly wrong. Childbirth for women in many parts of the world is outright dangerous. Problems include unsafe, unsanitary conditions, too few medical facilities at great distances from communities of need, and also too few medical professionals, equipment or medication.

This tragic outcome of death would not surprise some of us if we were only speaking of conditions in other countries — the third world or developing nations, as they are often labeled.

But sadly, this outcome is more widespread than we know or choose to believe.

The proliferation of COVID-19 has brought the racial inequities of health care to the fore and placed it under a well-deserved and overdue spotlight. Two years ago, then United Methodist Board of Church and Society staffer Susan Greer Burton wrote an article entitled, “Saving mothers' lives: Christian call to end racism.”

She writes in her own words and cites other sources: "As we continue to celebrate our mothers, the mothers in our communities and the mothers of our faith, we must also recognize that we have a problem. Too many women are dying during pregnancy and childbirth. And, many of these deaths are preventable.

“We've discussed several ways to break barriers to care. We've explored best practices for quality care. And we've talked about the best ways to be good stewards of the resources God has entrusted to us.

“There is one glaring fact we've not yet addressed: the role race plays in health outcomes. We must deal with the fact that black mothers are 243% more likely to die as a result of pregnancy than white women.

"There are wealth and education disparities between white women and black women in the U.S., but these disparities alone do not account for the massive increase in risk for black women. Wealthy and educated black women are still more likely to suffer severe complications than working-class white women who don't have high school diplomas, ProPublica and NPR reported in 2017.

One study published by PubMed.gov, an online medical research journal, found that while white and black women in the U.S. experienced five life-threatening pregnancy-related complications, black women with these conditions were two to three times more likely to die.

“This isn't only true with pregnancy. Black women are significantly more likely to die from cervical cancer and heart disease," the ProPublica-NPR report said.

In 2002, the groundbreaking report “Unequal Treatment: Confronting Racial and Ethnic Disparities in Health Care,” published by a division of the National Academy of Sciences, took an exhaustive plunge into 100 previous studies, careful to decouple class from race by comparing subjects with similar income and insurance coverage.

In a New York Times Magazine article about the report, Linda Villarosa highlighted the findings, noting that the researchers found that people of color were less likely to be given appropriate medications for heart disease or undergo coronary bypass surgery, and that they received kidney dialysis and transplants less frequently than white people, which resulted in higher death rates.

“Black people were 3.6 times as likely as white people to have their legs and feet amputated as a result of diabetes, even when all other factors were equal. One study analyzed in the report found that cesarean sections were 40 percent more likely among black women compared with white women," the article said. 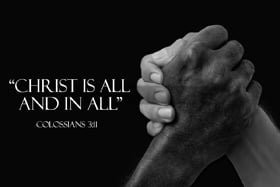 "Something other than class is at play. Anti-black racism is killing black moms, " Greer Burton wrote in the Church and Society Commentary.

These declarations are sobering, and the statistics demand systemic resolution. It can be easier to distance ourselves from statistics than from people with whom we have personal relationships.

I began vocational ministry in the Baptist Church (Progressive and American Baptist Conventions). Before moving to Florida, I served on the staff of Ebenezer Baptist Church in Atlanta.

I was privileged to serve as one of the pastors on staff to the extended Martin Luther King Jr. family, Congressman John Lewis and family, and to Justice Glenda Hatchett (Johnson) and family.

The justice’s son, Charles Johnson IV, grew up in the church’s children's ministries with my kids. Charles and Kira, an African American couple, were the parents of two beautiful little boys.

Sadly, 12 hours after giving birth to their youngest son at Cedars-Sinai Medical Center in California, Kira died of complications. Charles has since founded the non-profit 4kira4moms.com, dedicated to raising awareness and educating people about the impact of maternal death.

Following their tragedy, Charles and his mother testified before and worked with Congress to pass the Maternal Death Act (H.R. 1318) in December 2018.

When our grandson was born by emergency cesarean section last November, our anticipated joy and the knowledge of the statistics of black women and childbirth encouraged us to keep vigil with our daughter-in-law and son.

Collin entered the world healthy with a loving family, and with both his parents alive and healthy to raise him.

I thank God for my mother, and for the joy of being a mother. Women who give birth sacrifice their bodies throughout pregnancy and childbirth. All outcomes are not equal.

Tell your mother and anyone who mothered you, or whom you mothered, how much they mean to you. Thanks be to God!

If their sacrifices impacted your life, tell them! Even in this season of social distancing, let us draw closer to one another in love.

The recent move by United Methodists in Bulgaria and Romania to leave the denomination is the latest in a history of separations within the Methodist tradition.
Racism

During a virtual meeting of United Methodist Global Ministries, church leaders voted to continue supporting the Bishop Yambasu Agricultural Initiative and other long-term priorities, such as global health, disaster response and migrant workers.