The Florida Conference clergy session last week decided against approving an entire 16-person slate for advancement on the track to becoming ordained elders or deacons. The decision roiled the conference, reverberated across The United Methodist Church and underscored the denomination’s conflict over full LGBTQ inclusion.

Clergy session approval is required for those seeking provisional membership, an important step toward ordination and full conference membership.

Like some other U.S. annual conferences, the Florida Conference clergy session traditionally votes on a whole group of provisional membership candidates.

Florida clergy of different perspectives about LGBTQ inclusion agreed it was the presence of openly gay candidates in this year’s group that caused the session to fall just short of the required 75 percent vote for approval — something that’s usually routine.

Many in the Florida Conference and beyond saw the vote as a cruel injustice, postponing advancement for candidates who had put in years of preparation and been recommended by the conference board of ordained ministry, as well as by a local church and a district board. 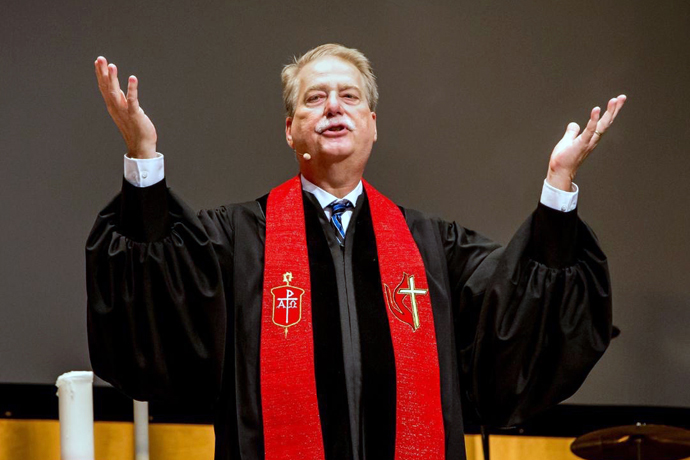 Traditionalists stressed that clergy promise to uphold United Methodist policy, which, despite many efforts to change it, says the practice of homosexuality is incompatible with Christian teaching and prohibits ordination of “self-avowed practicing homosexuals.”

“The historical context for the vote is the greater landscape of our denomination and its divisions,” a somber Florida Conference Bishop Kenneth Carter told the Florida Conference during a June 11 service that concluded the conference’s gathering, held in Lakeland, Florida.

The 16 candidates can be considered again at a future clergy session. But given the vote last week, the concluding service, which was billed as a service of licensing, commissioning and ordination, only featured candidates for ordination and licensing.

During the service, Carter led the crowd in what he called a moment of “holy silence” for the 16. He noted that while bishops appoint clergy, they don’t join in vetting clergy candidates.

“I do want to say to those who would have been commissioned, each of you, that I would have gladly appointed you and gladly commissioned you,” he said.

Earlier on June 11, the conference overwhelmingly passed a resolution apologizing for harm to those candidates, including delaying their careers and upending what was to have been a celebratory day with family and friends. 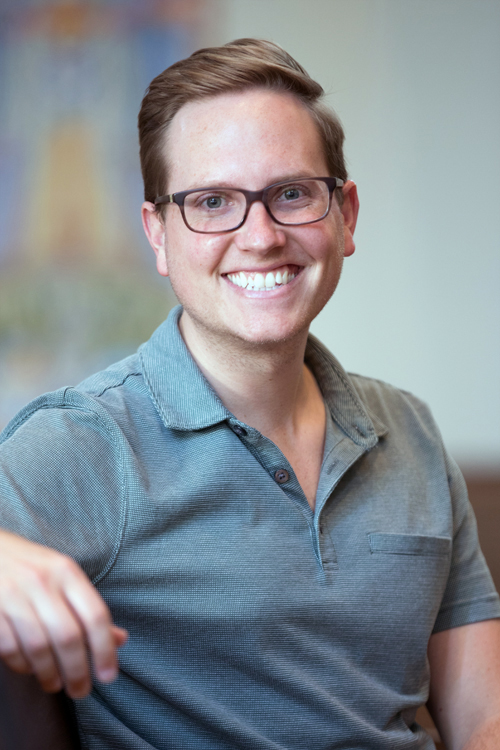 Two of the 16, Kipp Nelson and Erin Wagner, confirmed for UM News that they were the openly gay candidates at the center of the debate, though not by name, during the June 9 clergy session.

“It’s heart-wrenching to be one of the unnamed LGBTQ people in the room who’s being discussed. That’s a really uncomfortable place to be,” said Nelson, already a licensed local pastor serving St. John’s on the Lake United Methodist Church in Miami Beach.

Nelson, who began his journey toward elder ordination in 2015, added that he was “feeling the weight” of the entire group getting blocked for what he described as “hate for us LGBTQ people.”

Wagner, a social worker and outpatient therapist who is on the deacon track and graduated from Boston University School of Theology, said she was “heartbroken” for all the blocked candidates.

“We are all already serving the conference, local churches, hospitals and non-profits, and this decision neither affirms the work we are already doing nor allows us to take the steps necessary to advance in our calls and careers,” Wagner said. “The implications are emotional, financial and ethical.”

Though clergy session debate focused on two gay candidates, a third, Anna Swygert, told UM News that she has been open about her same-sex orientation, although not active on social media about it. She said she wanted to be grouped with Wagner and Nelson.

“It is particularly important, because there is so little LGBTQ representation in religious spaces, to have examples of LGBTQ people living out their calling,” said Swygert, who is working toward ordination as a deacon. She currently is assistant director of a hospital-based palliative care program for adolescents, as well as  director of community engagement at the Gator Wesley Foundation, the United Methodist ministry at the University of Florida.

Though most of the Florida Conference meeting was held at Florida Southern College, the clergy session occurred at First United Methodist Church of Lakeland, which Swygert grew up attending.

“This took place in the sanctuary of my home church … the place where my parents were married, I was baptized, I was confirmed, my father’s funeral was held, and his cremation (remains) site lies,” she posted on Facebook. “It was indescribably painful for this battle to be fought in my home.”

The Florida Conference clergy session’s vote was much discussed on social media and was protested at some other U.S. annual conference meetings late last week. The UM Young Clergywomen’s Collective posted an open letter criticizing the vote. 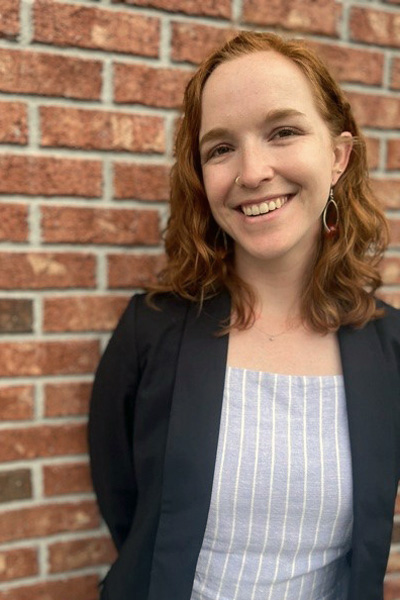 “We are clearly a long way away from learning what it means to embody (Methodism’s founder John) Wesley’s first General Rule: ‘Do no harm,’” the letter says.

“What happened Thursday morning (at the clergy session) was not a ‘win’ for anybody at all,” said the Rev. David deSilva, a Florida Conference elder and professor of New Testament and Greek at Ashland Theological Seminary, in a widely shared Facebook post. “It was a grievous, lamentable situation.”

But deSilva, in his post, said the blame belongs with the conference’s board of ordained ministry for recommending gay candidates despite the church’s official teachings on homosexuality and related restrictions on ordination.

“The board was doing this knowingly, putting the clergy of the annual conference in a position to act in defiance of the covenant that we, as clergy, have sworn to uphold, which includes abiding by the decisions of General Conference as detailed in the Book of Discipline,” deSilva wrote.

The Rev. Jack Jackson, another Florida Conference elder and a traditionalist and seminary professor, said the conference is clearly on a progressive path but that the board and conference leaders acted too soon in putting forward gay candidates.

“Clearly conference leadership and the board of ordained ministry overestimated current support for the ordination of LGBTQIA persons,” he said by email. “They acted presumptuously, and in the process harmed the persons up for commissioning, as well as all the clergy and conference as a whole.”

Carter declined to respond to the criticism. But another of the 16 candidates, Lucas Bonates, did.

“I could not believe that some clergy would affront the Book of Discipline by disrespecting the work of the local churches, the district superintendent, district committee on ministry and board of ordained ministry who really know each candidate, see the fruit of their ministries and affirmed their call,” said Bonates, a native of Brazil, who serves as associate pastor of First United Methodist Church in Coral Gables, Florida.

Bonates, who went to Asbury Theological Seminary, described himself as theologically orthodox but said he is “being transformed” by the example of LGBTQ colleagues. 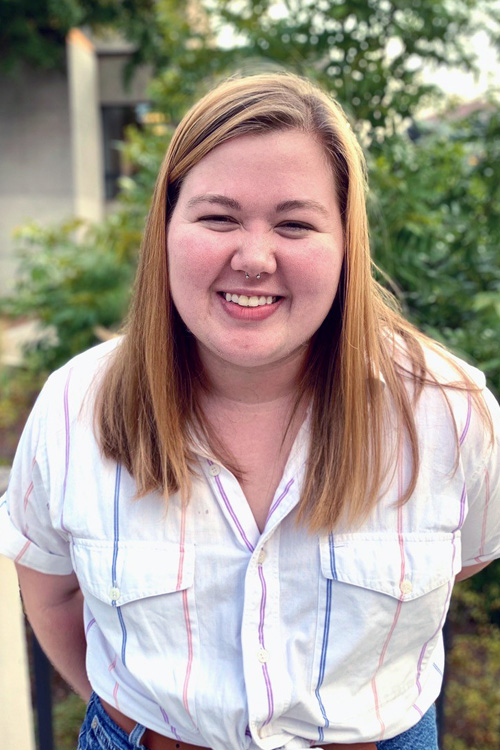 “I work with one of the candidates, Kipp Nelson, and his testimony, his love and service towards others made me realize God has a purpose for his life,” Bonates said.

Nelson himself pushed back against the argument that clergy conference members were bound by the Book of Discipline to vote against approving him and the others.

“This is a justice issue, and there are countless examples in Scripture when rules were broken for the sake of justice, and Jesus modeled that for us better than any other,” he said.

Carter reported to the conference that the clergy session had a first vote of about 70 percent for approval. The clergy agreed on taking a second vote, but the result was about 72 percent in favor, a handful of votes short of the needed margin.

Some clergy said there was an unsuccessful effort to have a vote on individual candidates.

The United Methodist Church has faced division over LGBTQ inclusion for decades, with increasing defiance in the U.S. of restrictions on same-sex weddings and ordination.

The Florida Conference met as the pace of local churches seeking to leave The United Methodist Church has quickened, with some going to a new traditionalist denomination, the Global Methodist Church.

“The great majority of the voices who spoke in the clergy session, either against their candidacy or against processes leading to their candidacy, were among those who are in formal processes of departing from our church,” Carter said. “I say this not as a disparagement but as a historical fact. A smaller number of these voices have departed since the clergy session earlier this week.”

Traditionalists said the Florida Conference and the denomination generally should ease the disaffiliation path for churches and clergy who oppose what traditionalists see as the inevitable embrace of full LGBTQ inclusion by The United Methodist Church.

“The message we’d like to communicate is that we’d like to be let go in a fair and amicable way, and really all this (conflict) could stop,” said the Rev. Jeremy Rebman, president of the traditionalist Wesleyan Covenant Association Florida Chapter.

The Florida Conference is pointing toward a special annual conference later this year to consider other local church disaffiliation requests. There could also be an earlier-than-usual clergy session, so that provisional membership candidates won’t have to wait until the 2023 Florida Conference gathering for another vote.

“We are reflecting on a process that will not do more harm and that will truly serve the candidates, the annual conference and by extension the mission of the church,” Carter told UM News. “We will listen to a number of stakeholders in exploring a clergy session in the nearer term.”

The bishop noted at the June 11 service, which was livestreamed, that the controversy had attracted attention well beyond Florida.

“To those outside of Florida who may be worshipping with us today, who have been observing and praying and reflecting, I want to say simply, this is a conference filled with awesome people,” he said.

Nelson, Wagner and Swygert stressed that many had reached out to them since the clergy session.

“The level of support I’ve received, both in the immediate aftermath and in the ongoing impact, has been a true gift,” Wagner said. “It is because of this love that I am able to remain faithful to my call.”

This is the first in a series of articles to address misperceptions and misinformation about the future of The United Methodist Church and the process of disaffiliating from it.
Annual Conferences